Home
Web Motorcycle Show
Motorcycle
New Hayabusa Review | Like a Custom Made? The New Hayabusa has 18 Color Patterns to Choose From! [WMS2021]

The New Hayabusa, a mega-sport with a different dimension of athletic performance, is attracting attention on a global scale!

The Hayabusa is an Ultimate Sports Motorcycle that excels at ultra-high speed riding, yet delivers outstanding athletic performance in a wide range of situations. It is one of the most popular motorcycles in Japan, and has attracted riders from all over the world. The new model, the third generation Hayabusa, will finally go on sale in Japan. 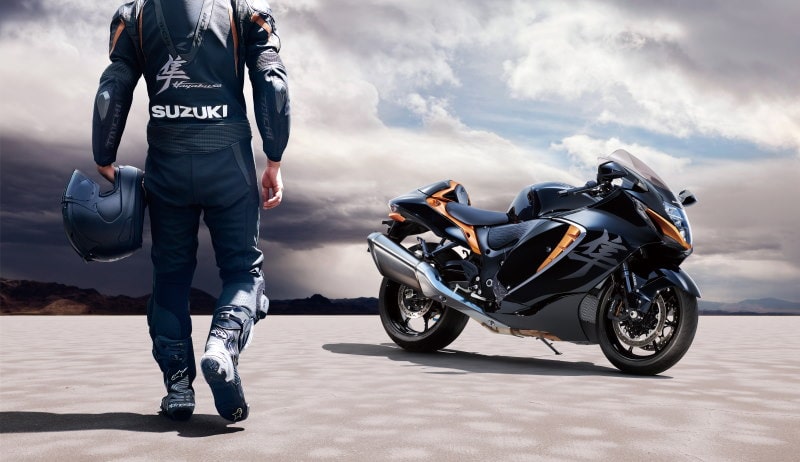 The new Hayabusa has been eagerly awaited by fans around the world, and has finally been unveiled. It had a sleek styling that could be recognized as a Hayabusa even at a glance, and it had been refined in many ways and made a full-fledged appearance. 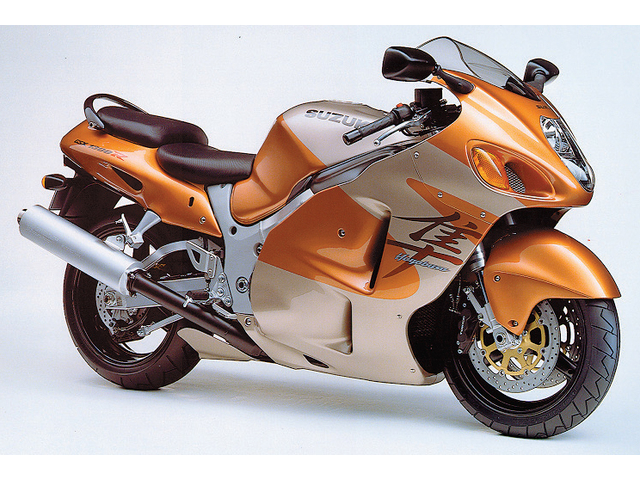 The first generation model of the Hayabusa appeared in 1999. At the time, many manufacturers were developing mega-sport models one after another to break the 300 km/h barrier, such as the ZZR1100 and CBR1000XX Blackbird. The Hayabusa became the fastest motorcycle on the market.

However, the battle for the highest speed continued to intensify, and eventually, a 300km limit was imposed in Europe, requiring the installation of a limiter. Nevertheless, the popularity of the Hayabusa, which is capable of speeds that can be described as extraordinarily fast, has not diminished, and it has created many fans around the world.

In 2008, the engine displacement was increased and a full model change was carried out, and it became the second generation Hayabusa. The Hayabusa not only has high-speed potential, but also has the instantaneous power needed for drag racing, and is capable of hard sport driving on winding roads and circuits. The Hayabusa's main characteristic is its high level of control. 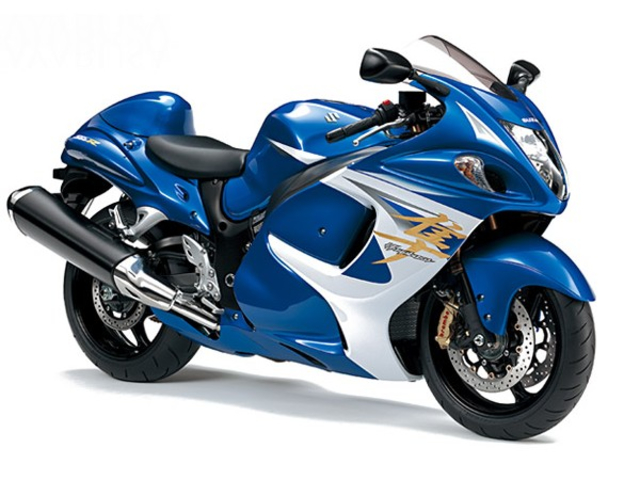 Having ridden the second-generation Hayabusa many times before, I was in love with its high level of perfection and thought that I didn't need any more speed, but at the same time, I was beginning to feel a little old-fashioned after having tasted the electronic control of the latest supersport models that appeared every year.
In my opinion, it is difficult to say that something that pursues super high speed and still leaves the control to the rider is absolutely safe.

The Hayabusa, which was thought to have no more room for evolution, has been upgraded with the latest body control system, the "S.I.R.S (Suzuki Intelligent Ride System), it succeeds in compensating for the safety aspect even though it is radical.

The engine's peak performance has been lowered, but this has been compensated for by tuning the engine for easy handling at low and mid-range speeds. In addition to the standard colors, there is a "Color Order Plan" that allows you to select exterior colors and wheel colors. The price is said to start at 2,156,000 yen, which seems to be a bargain price considering the contents. This is the hottest model of the year!

The updated details are full of highlights 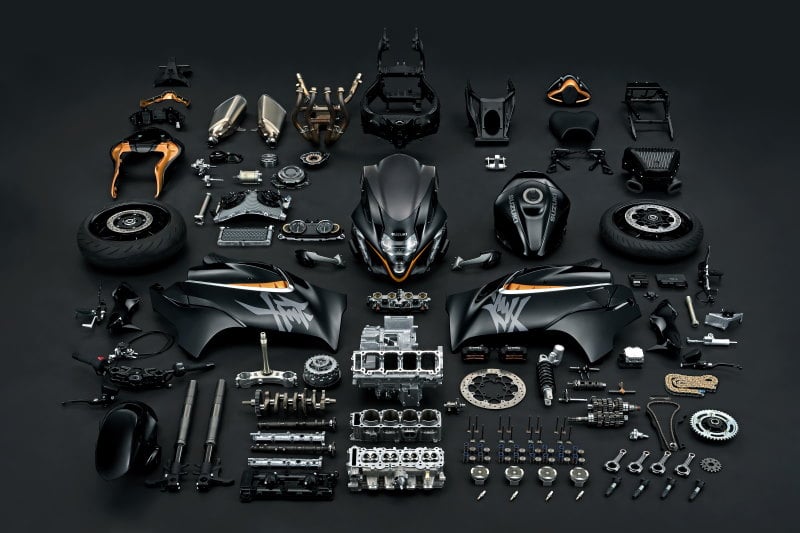 It underwent a full model change for the first time in about 14 years, elevating it to the third generation Hayabusa. The concept remains the same, but many parts have been improved through technological advances.

There are 18 color patterns! 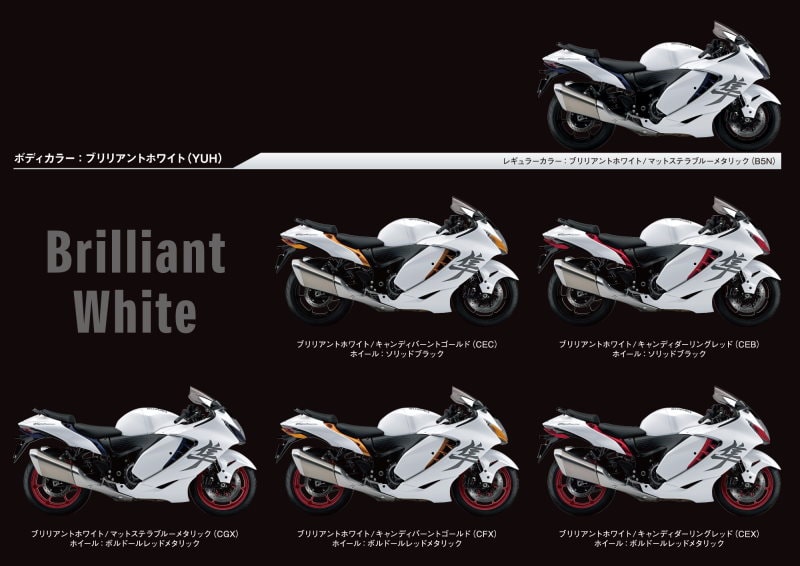 Based on the standard body colors of black, silver and white, a color order plan has been added that allows customers to select any exterior color and front and rear wheel colors. There will be a total of 18 patterns. A design that is instantly recognizable as a falcon 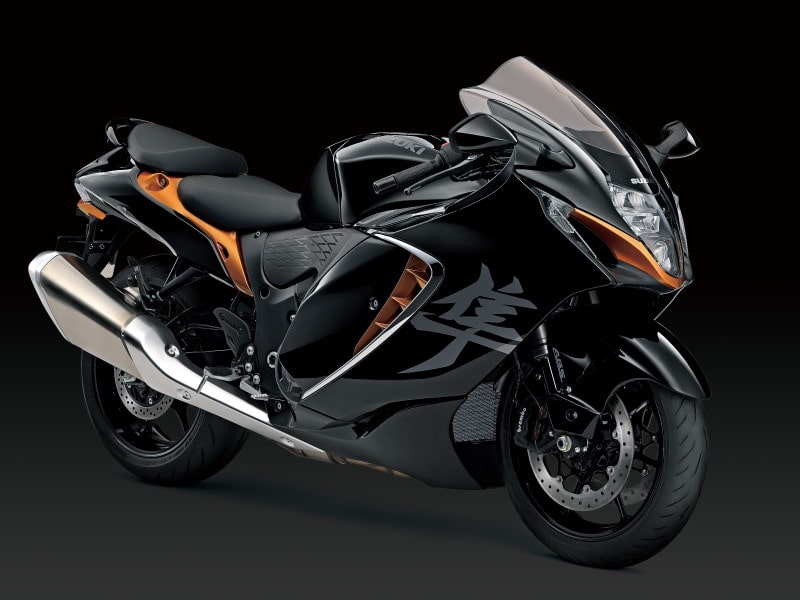 The design concept of the third generation is "Refined Beast". The front mask has been redesigned in pursuit of aerodynamics, and the lines flowing from the thin, compact exhaust system are beautiful. 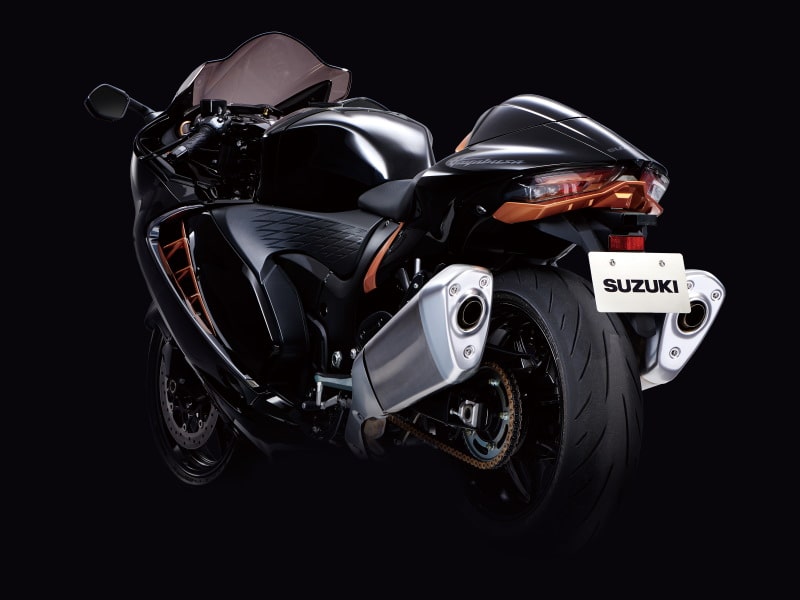 The unique styling of the Hayabusa, with its volume that can be seen from any angle, is unique to the Hayabusa. And yet, the design makes it clear that this is a new model. 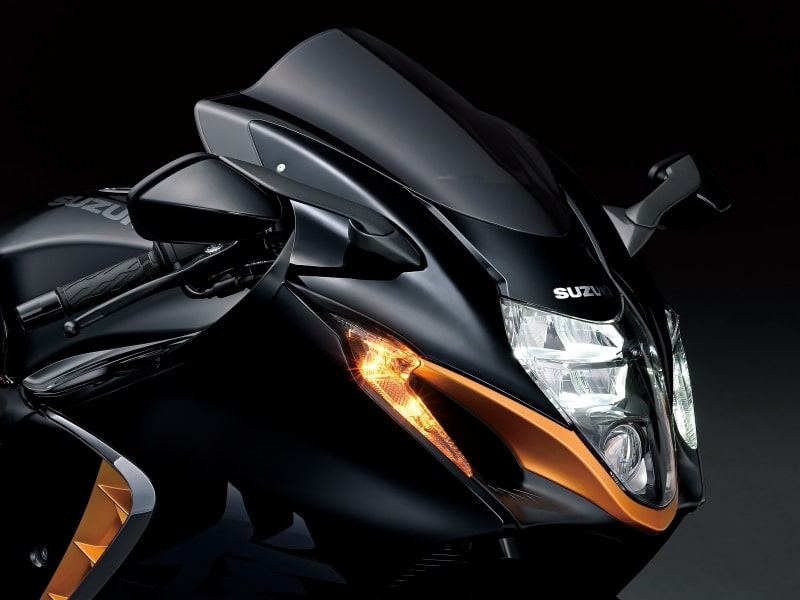 While the front mask inherits the design of the previous model, it expresses individuality with indicators and position lamps installed next to the air intakes and newly shaped mirrors. 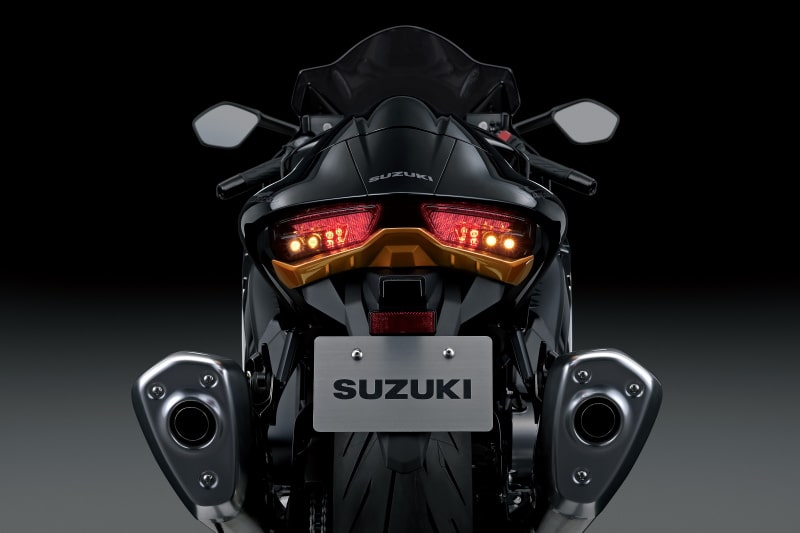 LED is used for tail lamps and rear blinkers. The horizontal arrangement in the tail section gives a sharp impression and still improves visibility. 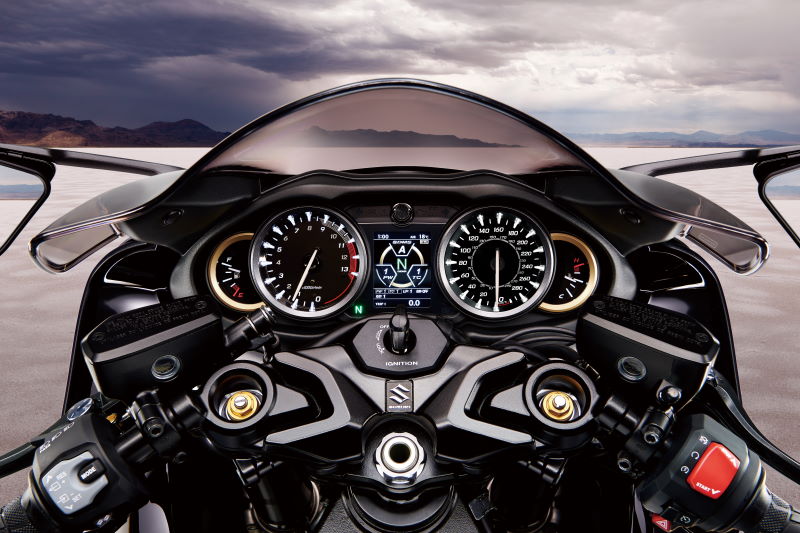 The cockpit is reminiscent of a fighter jet. The central LCD display shows riding modes and a variety of other information. Speed scale is up to 300km/h. 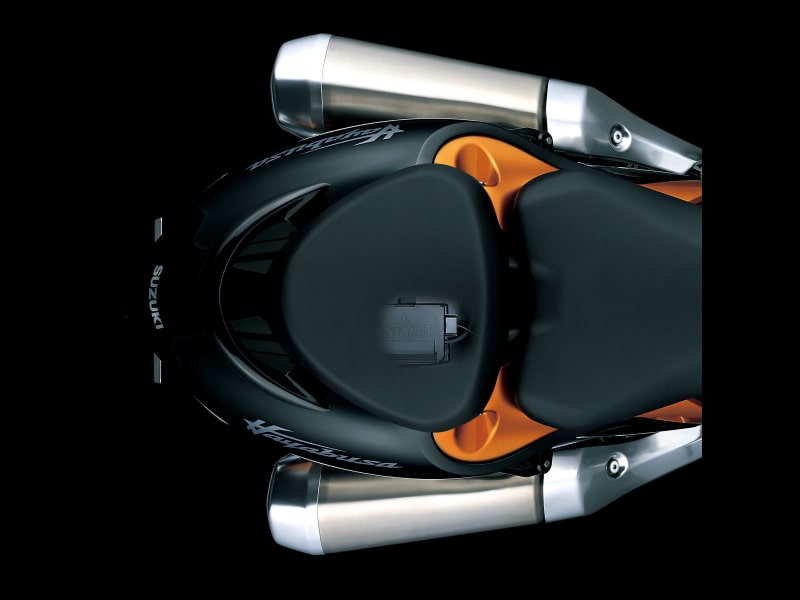 Under the tandem seat, there is an ETC2.0 OBE is housed. The grab bar, said to be ergonomically shaped, is easier to grip than previous models. 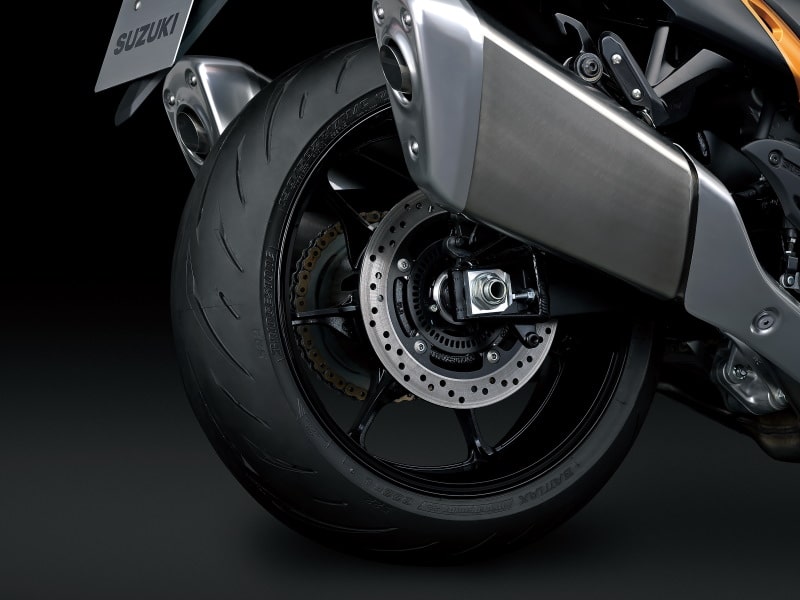 The silencer has been redesigned to be more compact and the weight of the rear section has been reduced by 2054g compared to the previous model. The result is an ideal weight distribution of 50:50 front to back. 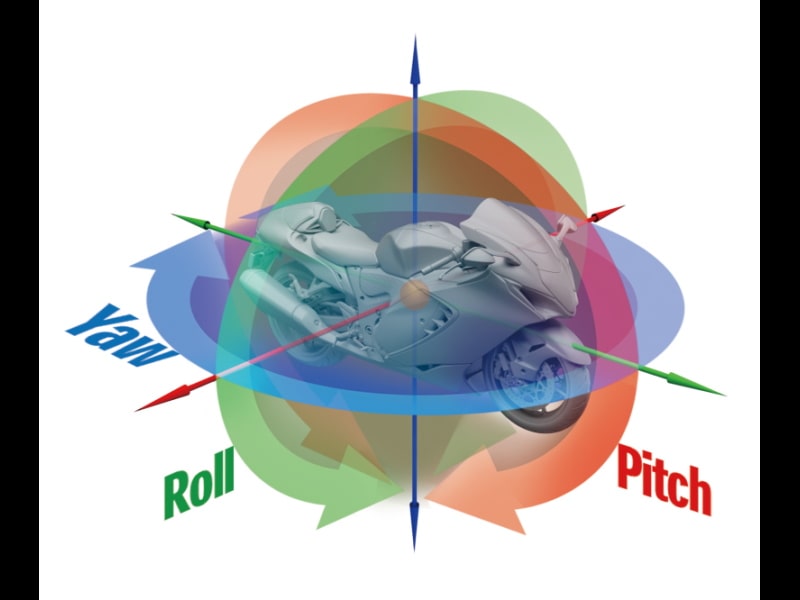 It is equipped with sensors to detect pitch, roll and yaw forces in each direction. The system works in conjunction with traction control and engine brake control to make the vehicle even safer.

Exhaust System Looks Like This, But it’s Quiet and Mature! The Quality is Also Great! | Weekly Review
Perfect for Your Camping Debut! If You Have Any Doubts About Touring Equipment, You Can Rely on Tanax! [WMS2021]