Home
Webike Original
Columns
Preliminary Report on the New GB350 Test Ride: The Ultimate in Comfort for the “Single-cylinder Motorcycle” that Everyone Envisions

I'd like to report on a media test ride I attended of Honda's new model, the GB350. 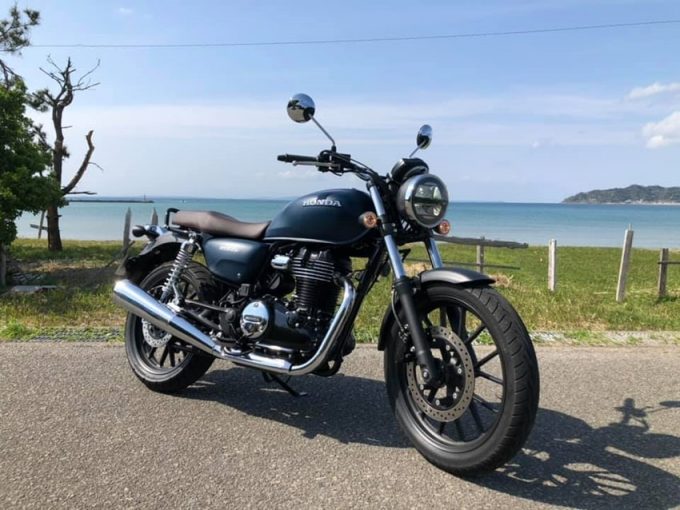 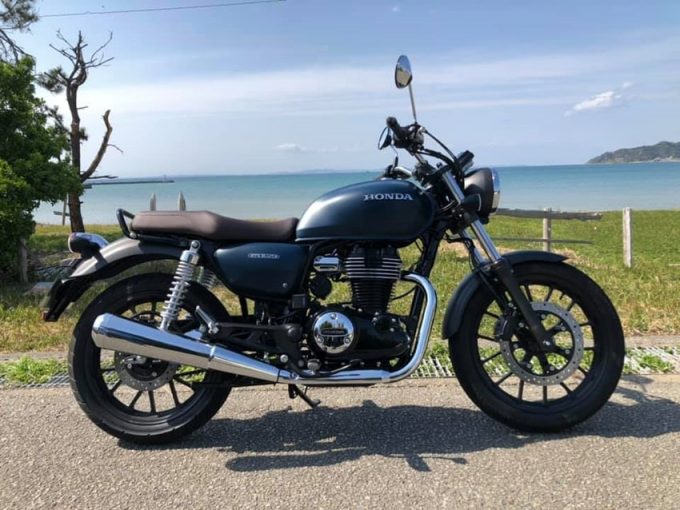 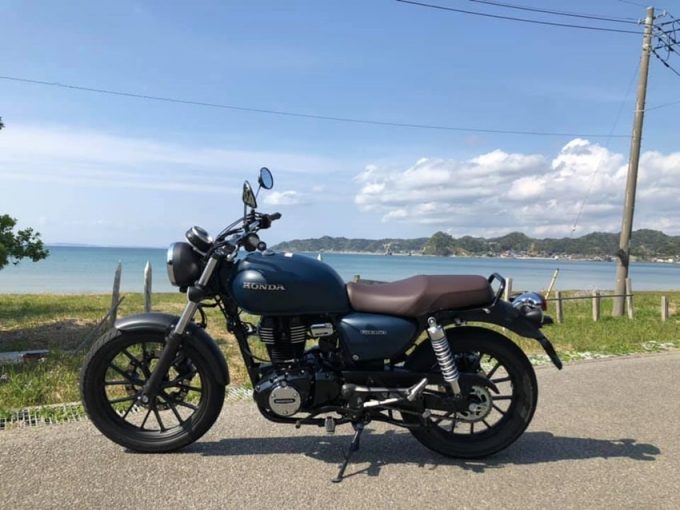 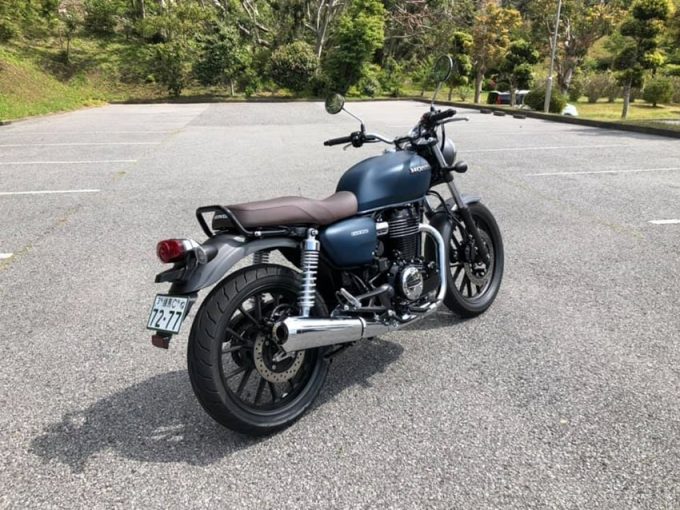 The key is a newly developed air-cooled, single-cylinder SOHC 348cc engine with a 70mm bore and a 90mm stroke to deliver the pulse of each shot and a pleasant, vibrating exhaust note. The long-stroke setting of 5mm is combined with a wide-ratio transmission and a heavy flywheel to produce tenacious low-speed torque.
The bodywork has also been redesigned to match the engine, with a semi-double-cradle frame made from steel for a traditional look and supple balance of rigidity. The motorcycle is also equipped with ABS, Traction Control, and a slipper clutch to ensure a safe and comfortable ride.

The GB350 was planned as a global model mainly targeting India, with Asaka Research Center in charge of development, parts manufacturing in India, and assembly at Honda's top-quality Kumamoto plant. On the other hand, the GB350 S, which goes on sale in July, is based on the GB350 and features wider tires, an exhaust system with a deeper bank angle, lightweight plastic fenders and fork boots. It also features a lower handlebar and rearsets for a sportier look.

I test drove the standard model, the CB350. My first impression was that it was quite large. The large 19/18-inch wheels on the front and rear and the tank that sticks out horizontally give it a strong presence. The bulging side covers and the front and rear fenders made of thick steel plates are all made of steel that "squeaks" when you play it with your fingernails. 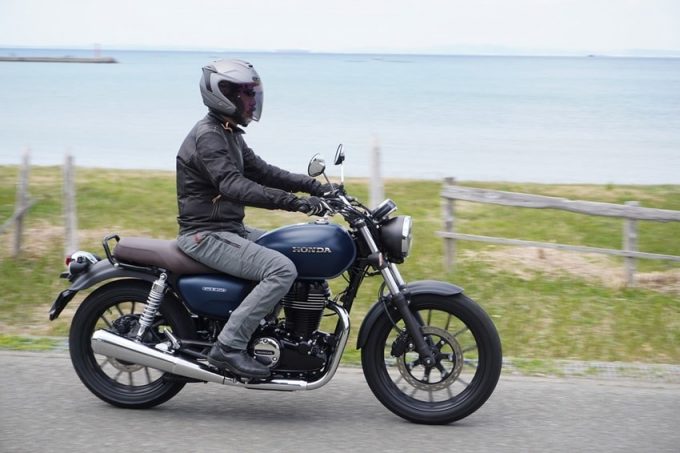 From the upright cylinder with its unique air-cooled fins and gleaming machined surfaces, to the proud points cover with its classic "HONDA" logo, the real thing is even cooler than it looks in the photos.

No other engine has ever been so single-cylinder.

The engine wakes up with a single hit of the accelerator pedal, which is typical of Honda. When blipped, the engine produces a powerful single sound with a bursting sound and a coarse beating feeling. Even without opening the throttle, just a careful clutch meet and the engine starts to ride smoothly, and thanks to the steering angle of an off-road vehicle, it is easy to start from a narrow alley while turning. 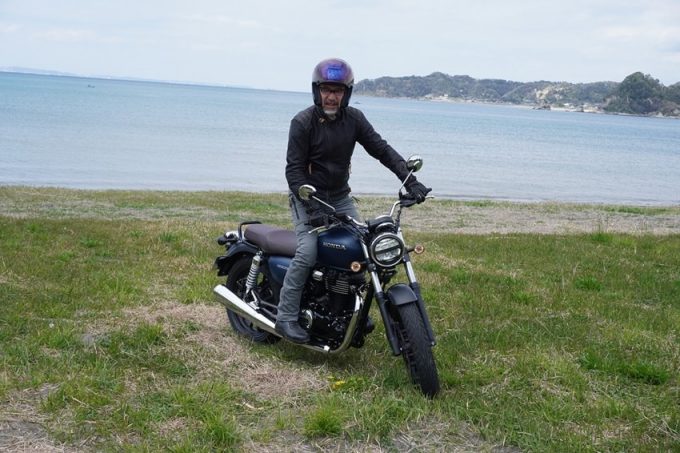 The true heart of the GB350 is its engine. The pulse of the engine, the throbbing feeling in the belly, these are all words that can be used to describe a single-cylinder engine. It's a single-cylinder engine, and you'll find yourself wanting to drive it in a higher gear and at a lower rpm, whether you're driving around town or up a winding road.

There is no other engine that looks so much like a single cylinder in the current model. The fact that it's an extreme long-stroker in this day and age is intentional, though.

It's a natural ride and tasteful in every way.

The rider's arms are stretched out on the uphander and sits comfortably on the flat seat in classic style. Just like the cylinder, the rider's upper body is also upright for a "master" riding feel. You could say it's a natural riding style. Of course, it's also possible to ride in the old-fashioned sporty way, where you fold your arms and lean forward lightly while aggressively putting your upper body into a flatter position, then apply the throttle and bend with the traction of the rear wheels. 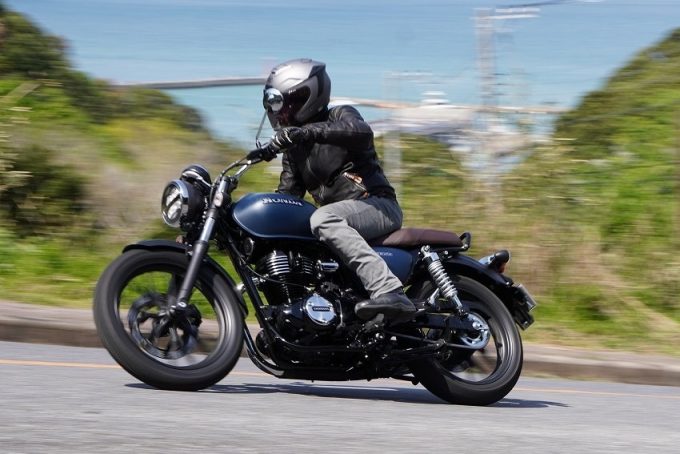 The 19-inch wheels in the front provide good straight-line stability, and the moderate caster angle and large steering offset provide a reassuringly calm steering feel. Gaps in the road surface are also comfortably absorbed with a gentle shake of the entire body. There should be no one who dislikes this feeling, from beginners to veterans. It's like a Japanese set meal that you can eat every day without getting sick to your stomach, and that's what makes it so delicious.

Another benefit of the slipper clutch is that it allows for easy clutch operation and prevents the rear wheel from locking up due to strong engine braking, which is common with big singles. This is especially useful when going downhill, as you can downshift continuously without worrying about it. The front and rear disc brakes are also easy to control, and even if something should happen, the ABS will kick in with a natural feel.

The specs are modest, the electronic control is minimal, and there's not even a tachometer on the meter, but that's fine. It's a new motorcycle with the air of the times, where people don't judge others by a report card. 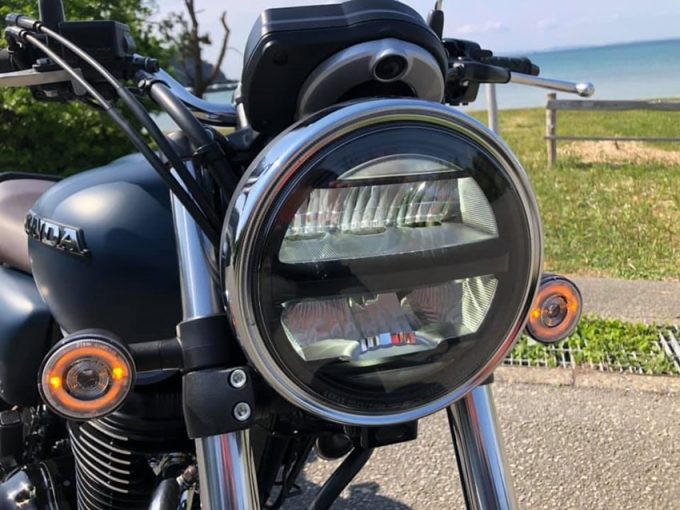 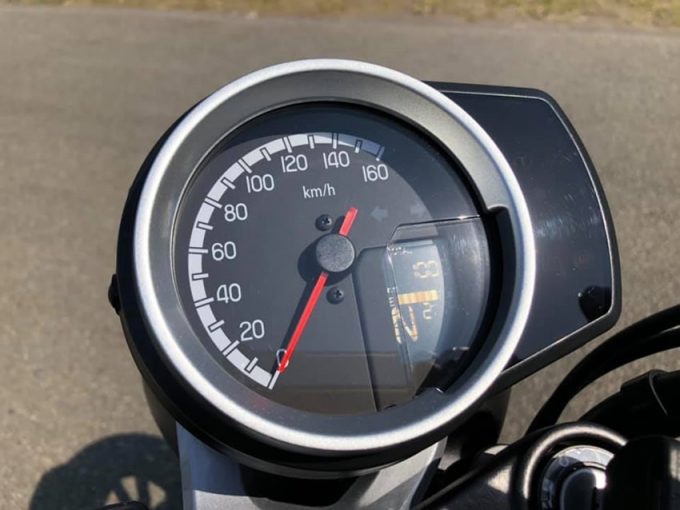 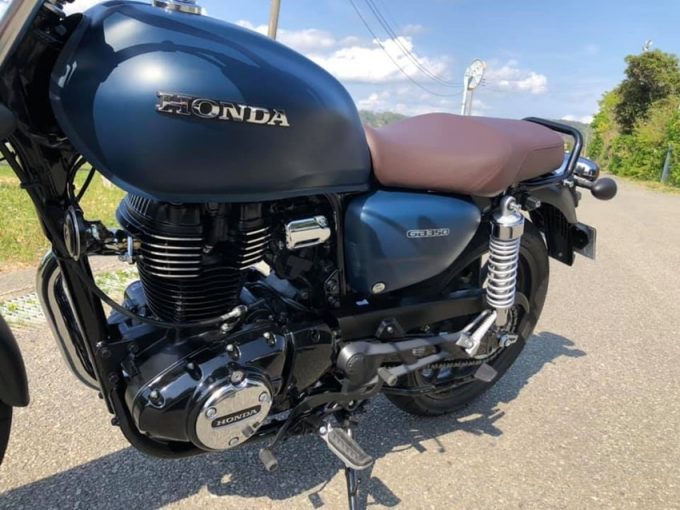 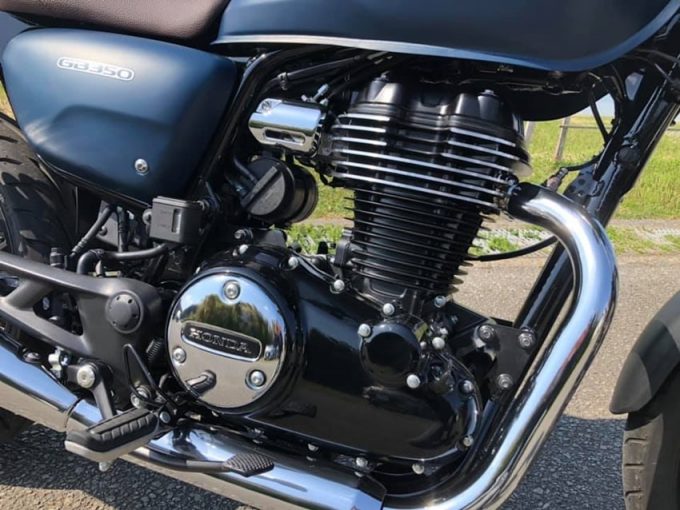 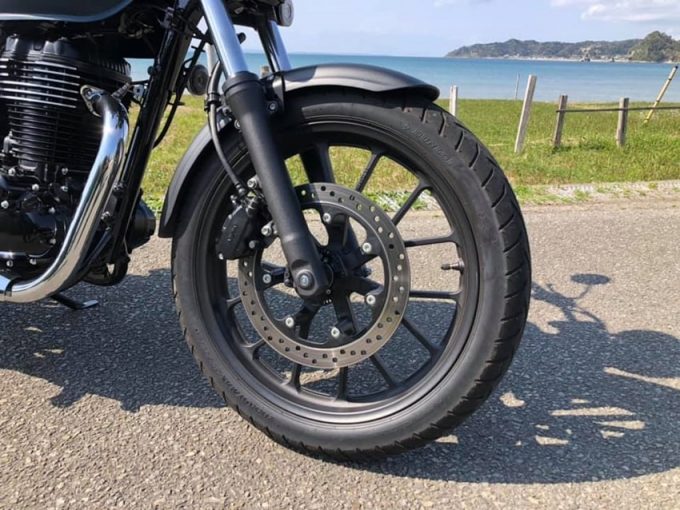 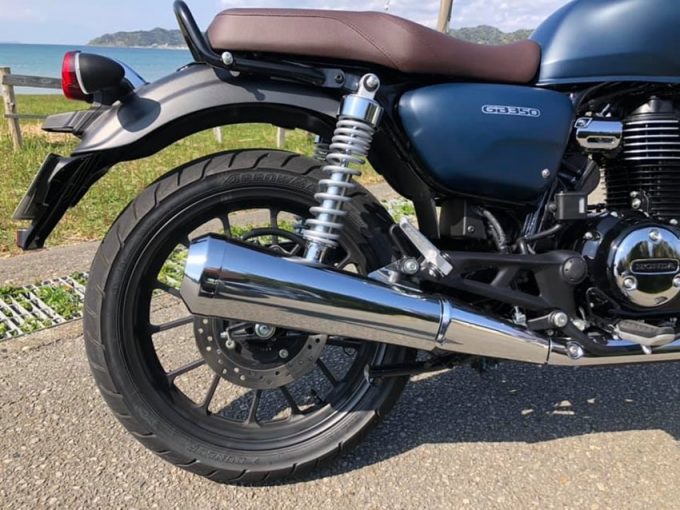 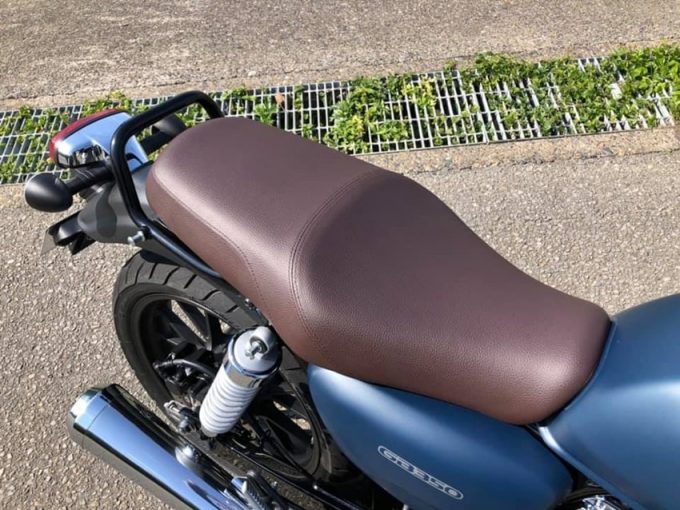 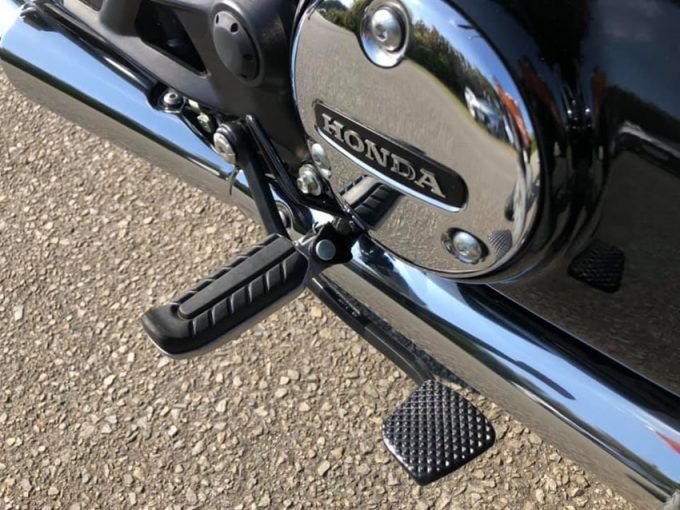 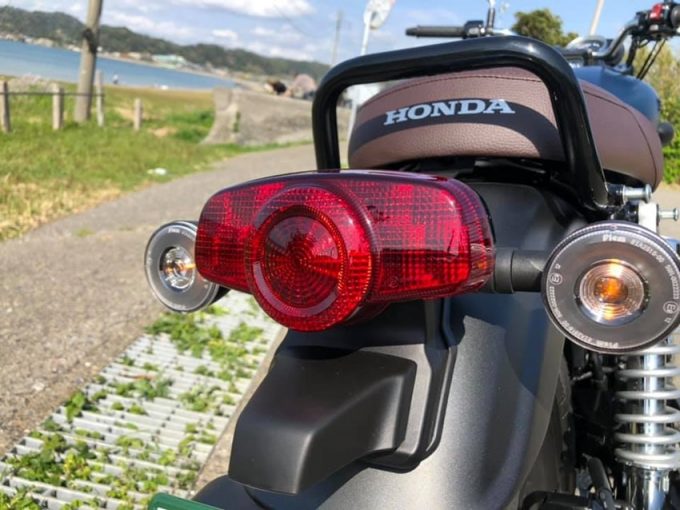 [YZF-R6 Review] The ultimate in attractive bike "Let’s talk about my bike, Webike users!"1093 views
Introducing the 19 SPORTS CONCEPT of the ADV150!809 views
The NEW Pirelli's High-grip Supercorsa V3 Tire! Used in the race track!431 views
Learn the Signs of Scooter Belt Wear Out and How to Replace it380 views
GPX GENTLEMAN 200 Test Ride Review: A Neo-Classic Model the Same Style as a Big Bike!375 views