The true heart of the Rebel family with the power of the Africa Twin.

I'd like to report on my participation in a media test ride of Honda's new model, the Rebel 1100.

The Rebel series, which has been a huge hit in Japan and around the world, finally has its true challenger. The simple low and long styling with the distinctive neckline is instantly recognizable as a Rebel, but it has the weight and quality of a large displacement machine and features the latest electronic controls. 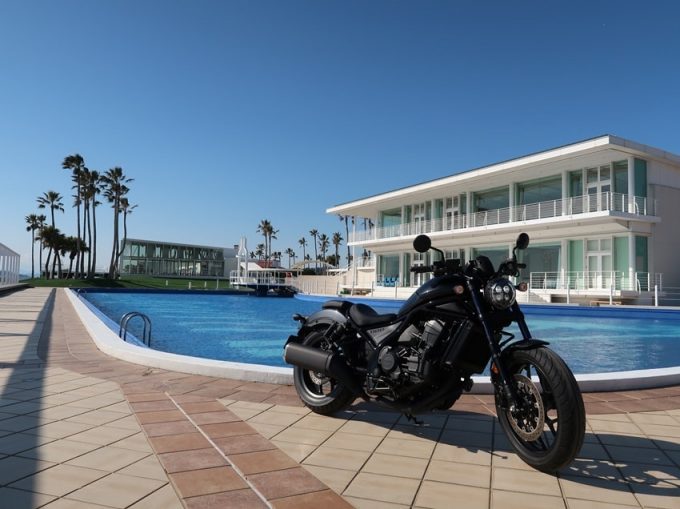 The most notable feature of the engine is the CRF1100L Africa Twin liquid-cooled in-line two-cylinder engine, with a 270-degree crank that gives the motorcycle a throbbing feel and traction feel like it's kicking the pavement, making it a perfect fit for a cruiser.

Of course, to emphasize the pulse of the motorcycle, the intake and exhaust systems and valve timing have been redesigned and specially tuned to increase flywheel mass, and the DCT has also been optimized. The DCT version that we tested this time was the one that will go on sale first in March. 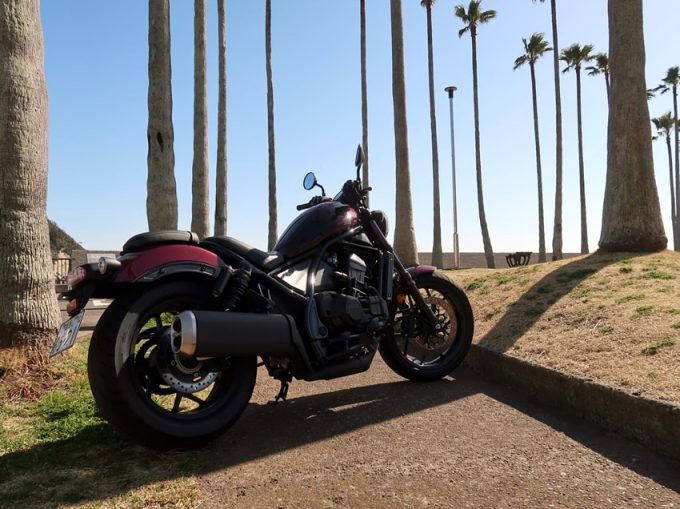 The non-intimidating look and natural riding position is very modern.

First, the appearance. With its simple coloring, it looks so similar to the 250/500 that it's hard to tell them apart for a moment, but up close, it has the presence of a large motorcycle. In particular, the volume around the engine is exceptional. Nevertheless, it doesn't have the intimidating feel of a mega-cruiser, and it exudes a smart and nimble appearance. 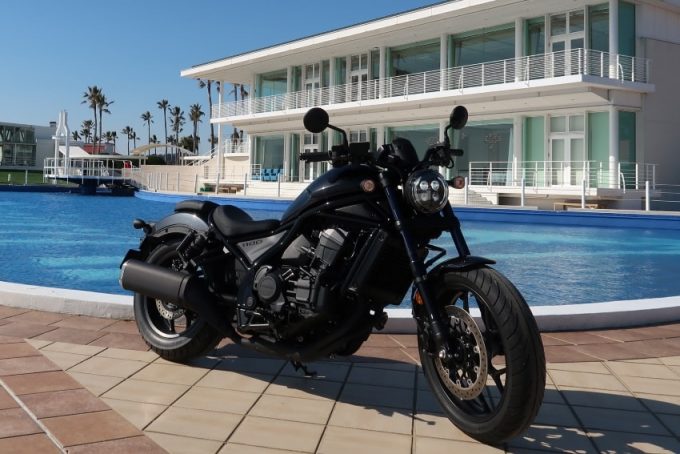 Incidentally, the developers say that Harley, the king of the cruiser world, is not a competitor. The full LED lights, including four round, LED headlights, and the chronograph-like digital multifunction meter is also cool and up-to-date. 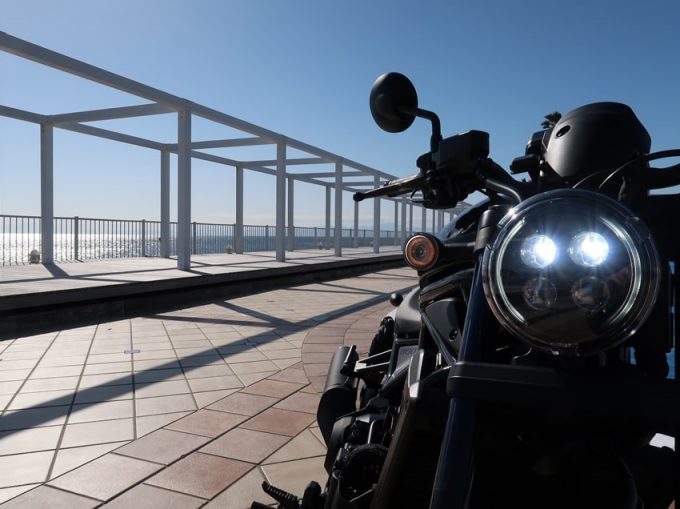 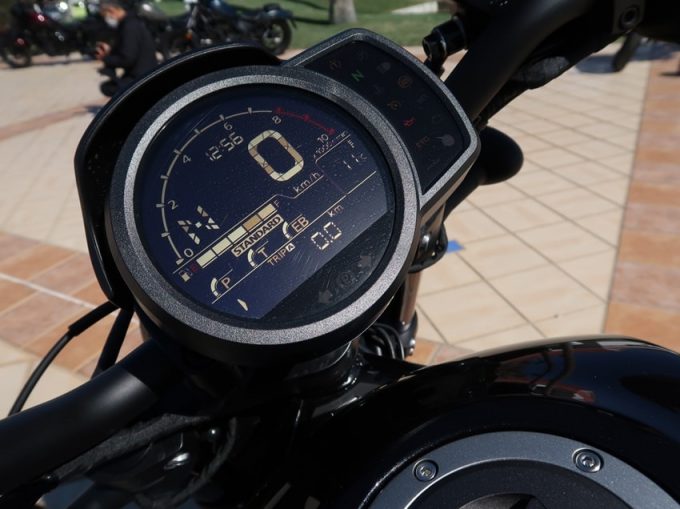 Once astride, the slim, narrow bodywork and fairly low seat (700mm high) make for excellent footing. The handlebars are wide and flat, and the footpeg position is the distinctive mid-control of the Rebel. The compact and sporty riding position is impressive and a far cry from the traditional cruiser style of throwing your feet forward.
I am sure many Japanese will fit in. 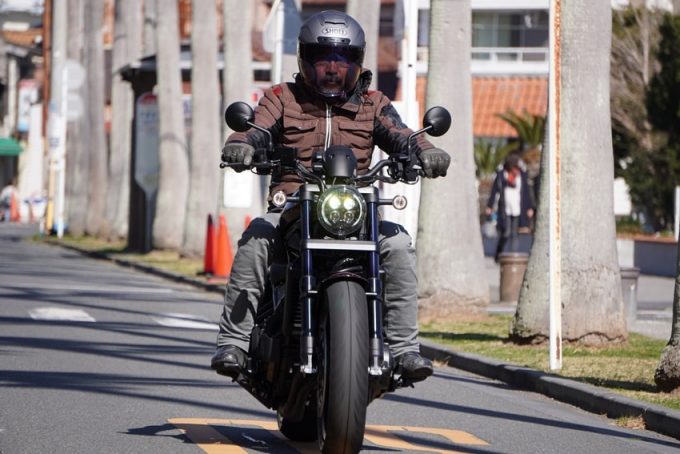 It's a DCT, so you'll always find yourself unintentionally looking for the clutch lever or change pedal, but as usual, you'll get used to it as soon as you start driving (laughs). There are two modes of operation: automatic, which is an automatic gearshift, and manual, which can be operated with the paddle switches on the left-hand side. Among the automatic modes, three driving modes can be selected: "Standard," "Sport," and "Rain" (in addition, there is an optional "User" setting). 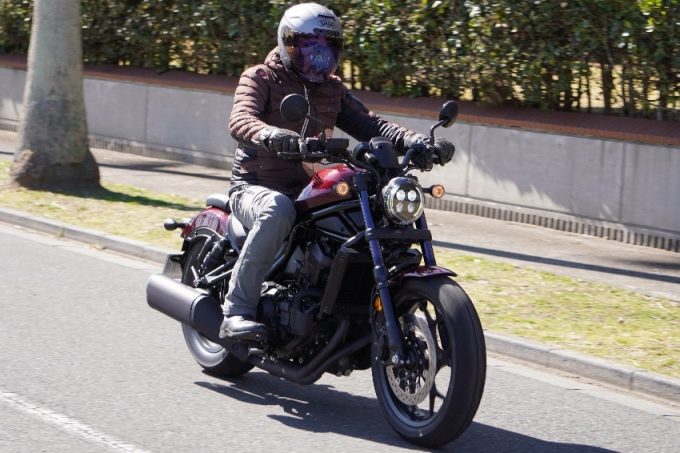 For each mode, the power characteristics, the degree of traction control intervention, the effectiveness of the engine braking, and the shift timing are optimized, so the rider only needs to select the mode that best suits the road surface, riding situation, and mood of the moment, and the machine will automatically promise a pleasant ride.

The feeling is truly exhilarating. The parallel twin, a direct descendant of the Africa Twin trained for adventure, has a more massive heartbeat and a more powerful sound. Especially in the sport mode, the faithful response to the accelerator pedal and the agile acceleration can be said to be more than a manual.

It's nimble but turns with a firm will. 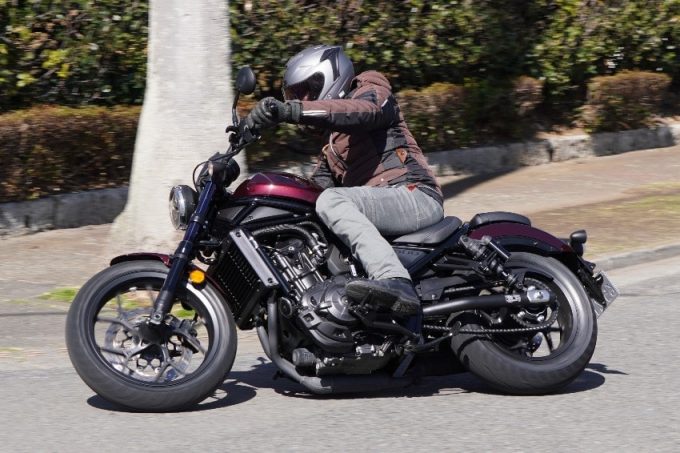 The handling is so nimble that it is hard to believe it is a large cruiser. With just a few steps and light inputs from the steering wheel, the vehicle can be turned left and right with ease. Not only is the motorcycle physically light, weighing in at around 230kg (the manual transmission version to be released later weighs in at 220kg), but the handling is also very light thanks to the concentration of mass. The 18-inch front and wide front and rear tires give the motorcycle calmness and a sense of stability when cornering, as it turns with a firm will or direction. The suspension is more sport-oriented with more dampers, and the seats are also rather firm. The seats also seem to be rather firm, and the ride quality may be a matter of style.

The Rebel 1100 is no longer a cruiser. It has a low, secure seat, a light body that can be swung around, and an evolved DCT that makes for an easy and reliable ride. I dare say. The Rebel 1100 is a new kind of "casual sport" that has never been seen before. 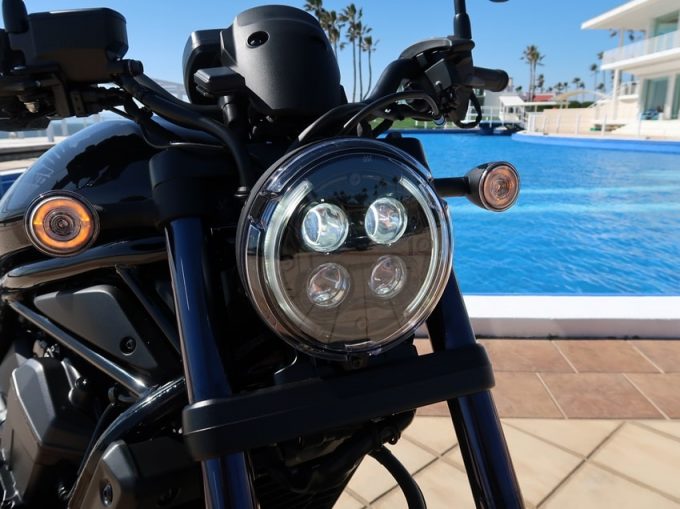 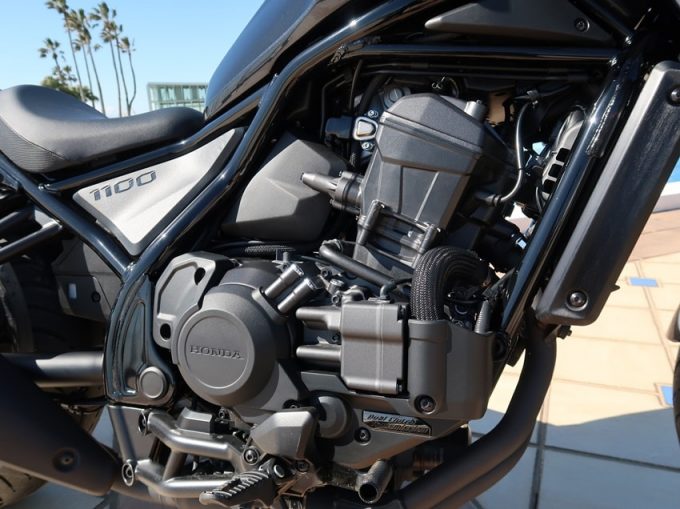 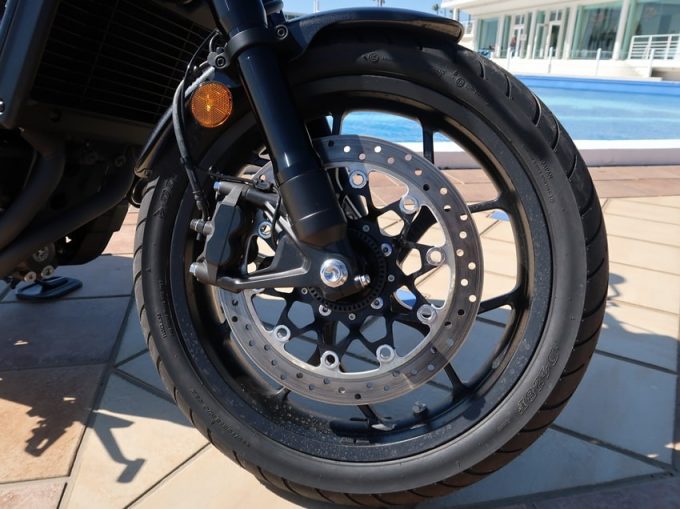 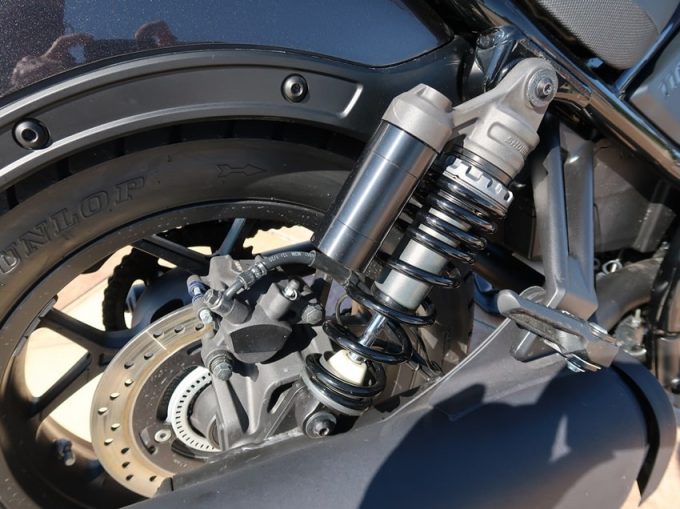 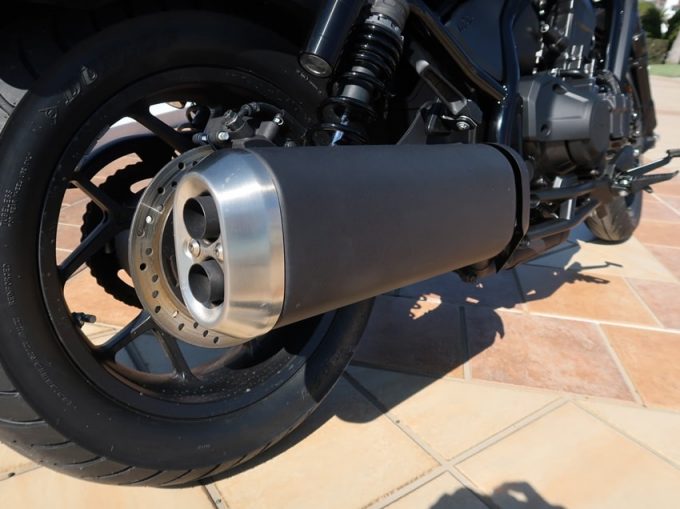 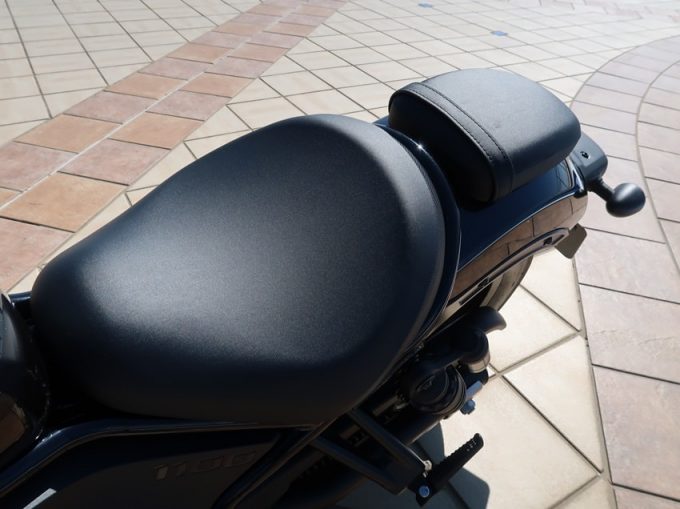 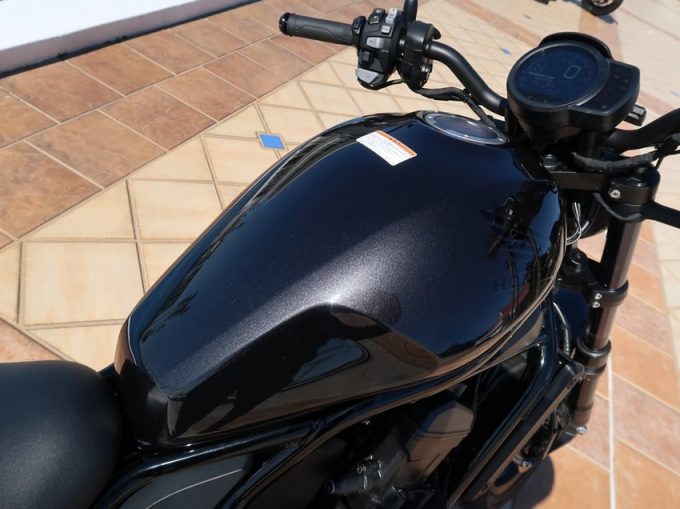 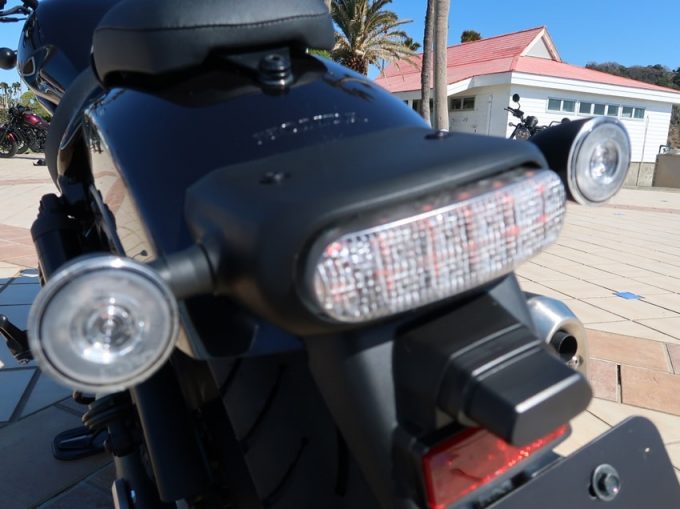 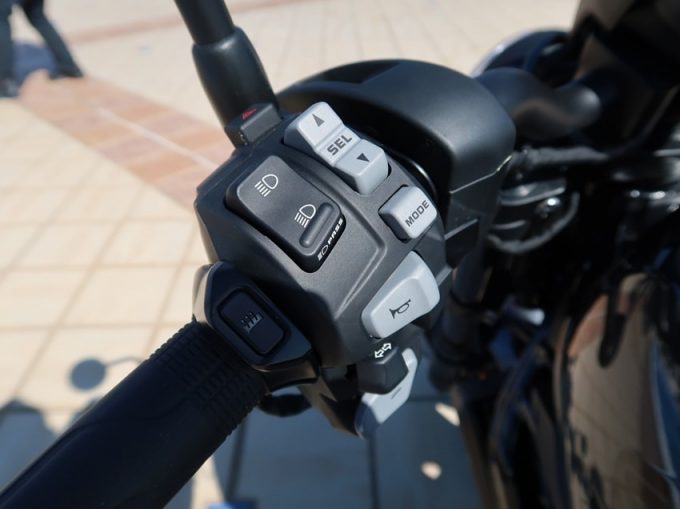 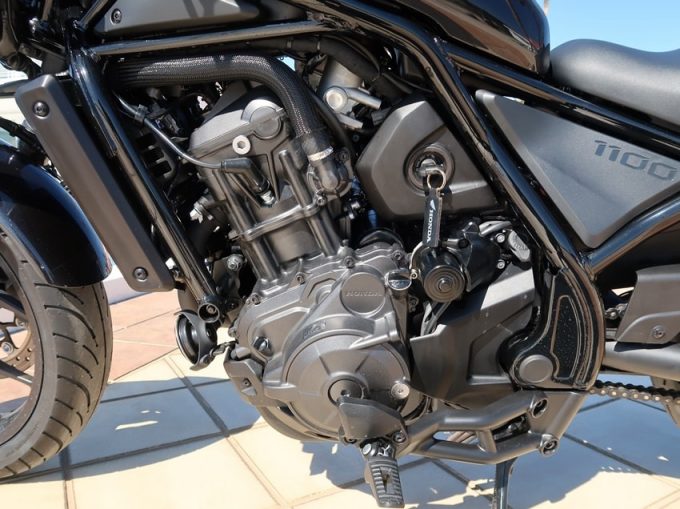 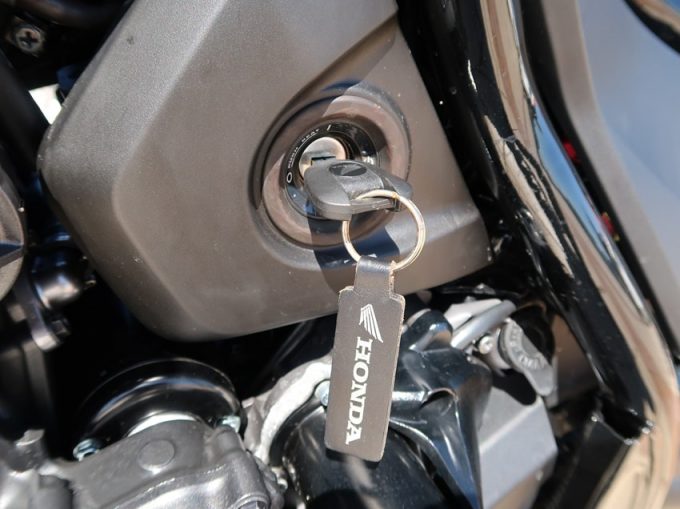 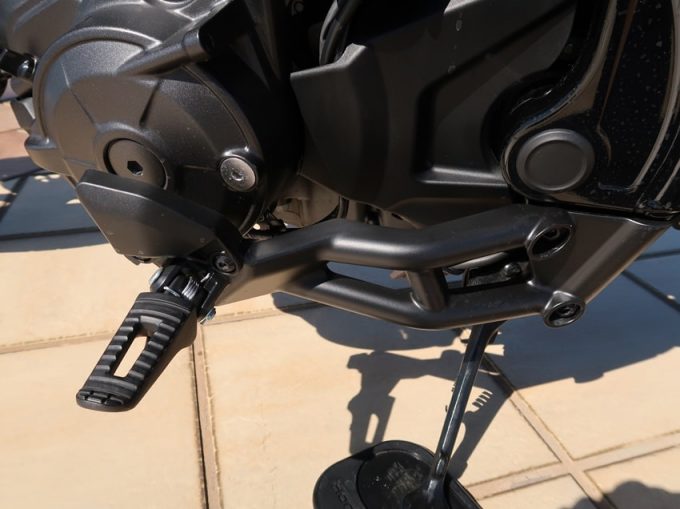 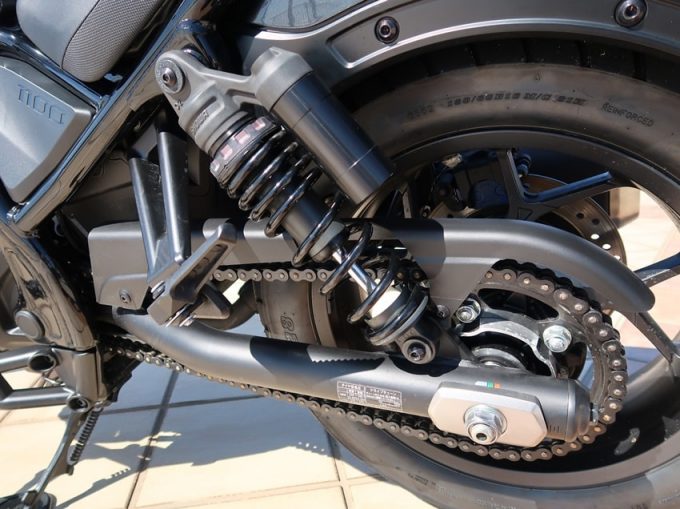 [YZF-R6 Review] The ultimate in attractive bike "Let’s talk about my bike, Webike users!"178 views
Introducing the 19 SPORTS CONCEPT of the ADV150!173 views
The NEW Pirelli's High-grip Supercorsa V3 Tire! Used in the race track!105 views
Learn the Signs of Scooter Belt Wear Out and How to Replace it98 views
How to Adjust the Ignition Timing of an Old 2-stroke Engine with the Height of the Piston?91 views

[YZF-R6 Review] The ultimate in attractive bike "Let’s talk about my bike, Webike users!"1093 views
Introducing the 19 SPORTS CONCEPT of the ADV150!808 views
The NEW Pirelli's High-grip Supercorsa V3 Tire! Used in the race track!431 views
Learn the Signs of Scooter Belt Wear Out and How to Replace it380 views
GPX GENTLEMAN 200 Test Ride Review: A Neo-Classic Model the Same Style as a Big Bike!375 views