Royal Enfield has opened its first brand showroom in Japan, "Royal Enfield Tokyo Showroom" in Suginami City, Tokyo. I attended the pre-opening media test ride and would like to report on the event.

An old and new two-wheeled brand with a British style

Royal Enfield is the world's oldest surviving motorcycle brand, founded in 1901 in Redditch, near Birmingham, Britain's most industrial city and the birthplace of motorcycling.

The Royal Enfield has produced a number of historic motorcycles, including the Bullet series, which was launched in 1932 and is still in production, the Continental GT, and the Interceptor. Since the 1950s, they moved their production to India and has grown as a division of Aisha Motors, one of India's leading automobile manufacturers. They continue to produce British-style mid-engine models while maintaining its traditional brand name and concept.

In recent years, Royal Enfield has rapidly modernized the quality and quantity of its products by opening state-of-the-art tech centers in the UK and India, as well as new plants not only in India but also in Argentina and Thailand. The company exports its products to more than 60 countries around the world, with an annual production of 750,000 units. Royal Enfield has become a leader in the global middle-class market, with a 96% increase in global market sales between 2019 and 2020.

Test rides, community events, and a place for riders to gather.

Motorcycles, accessories, apparel, and services are displayed in an atmosphere that resembles a traditional English rider's salon, with genuine leather sofas and brass fittings, creating a space where visitors can simulate the lifestyle of living with their beloved vehicles. 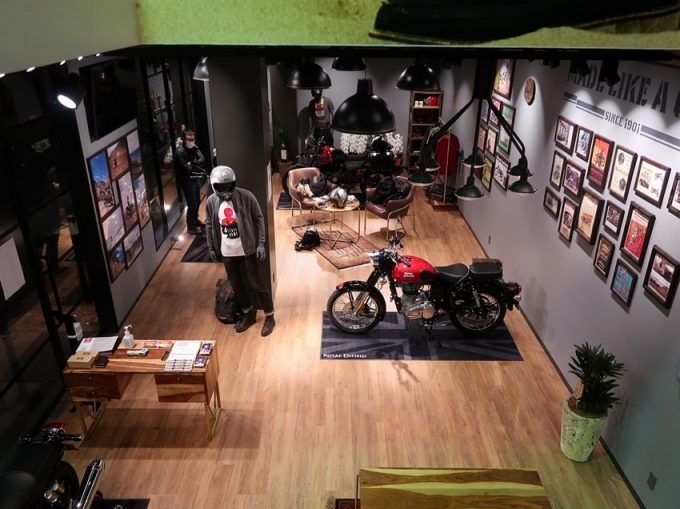 The showroom will be hosting a range of activities to promote the Royal Enfield brand philosophy of 'Pure Motorcycling', including test rides, community events, and aftermarket support.

The Bullet 500, a timeless standard model, and the Classic 500, with its retro styling that symbolizes the British motorcycle of the post-World War II era, are two of the first motorcycles to be displayed. 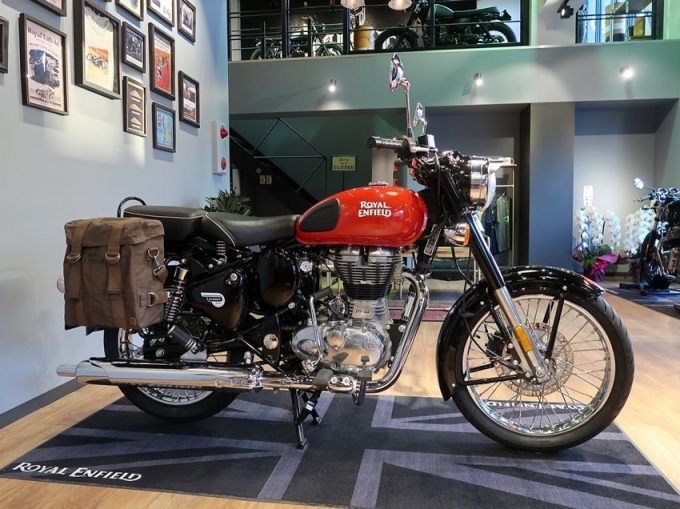 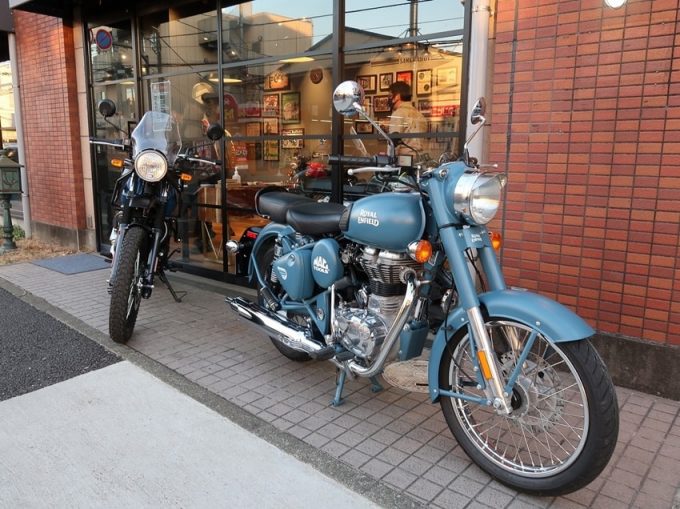 The highlight of the show will be the two new twin-series motorcycles that are making their first appearance in Japan. The first, the Int 650, is a neo-classic model that pays homage to the Interceptor, which took California by storm in the 1960s during the scrambler boom.
And the Continental GT 650 is a real café racer with a single seat (optional), a unique long fuel tank, clip-on handlebars, and rearsets. 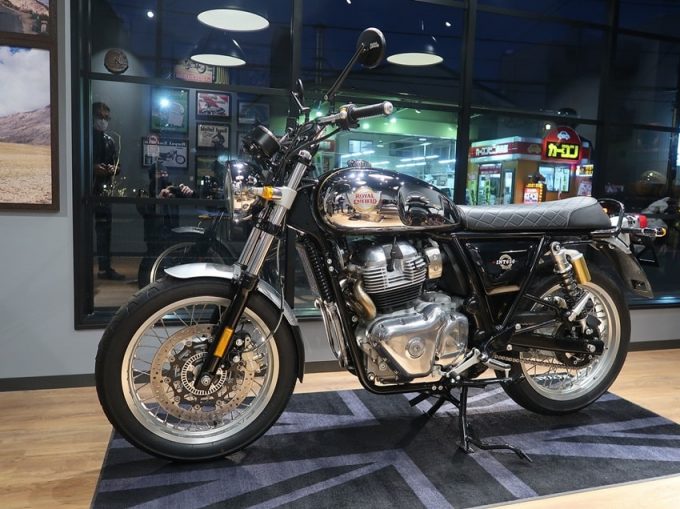 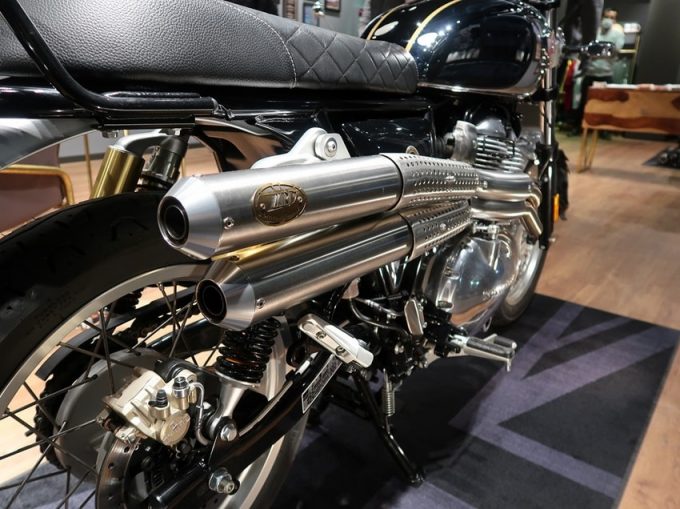 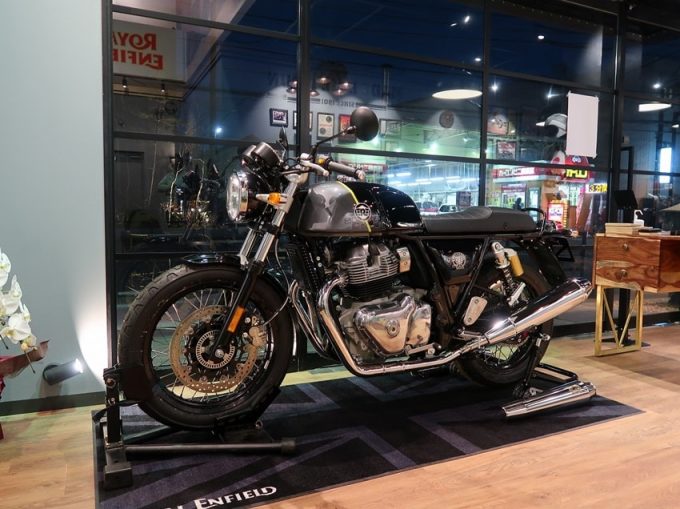 The INT650 has been awarded first place in the Best Bike of the Year retro motorcycle category by MCN, the UK's leading motorcycle media, for two consecutive years in 2019 and 2020. The author has already uploaded a test ride report on these two motorcycles, so if you're interested, please refer to it.

The Himalayan (Japanese name: Himalaya) is a middle-class adventure tourer developed and tested in the harsh environment of the Himalayan mountain range to pursue realistic driving performance and comfortable riding.

I test drove the Himalaya on the same day, and even on a short trip around Tokyo, the lightweight, compact body made for excellent handling, the low seat made for good footing, and the pleasantly throbbing and tenacious torque made me feel like I could drive anywhere. It's a model with enough sensibility and driving quality to inspire a sense of adventure. 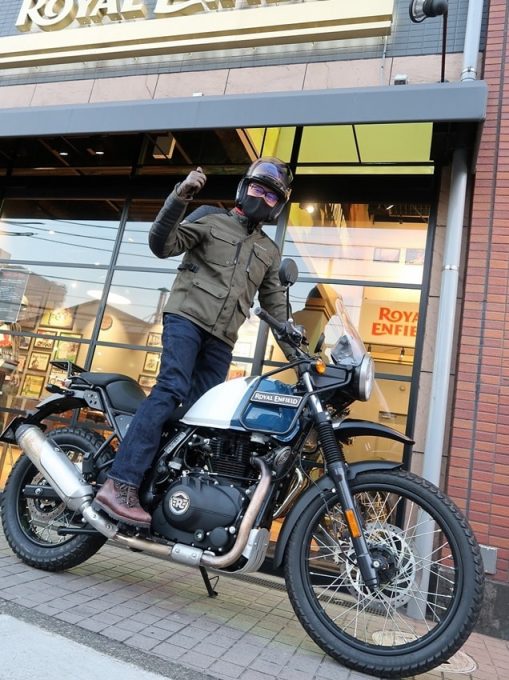 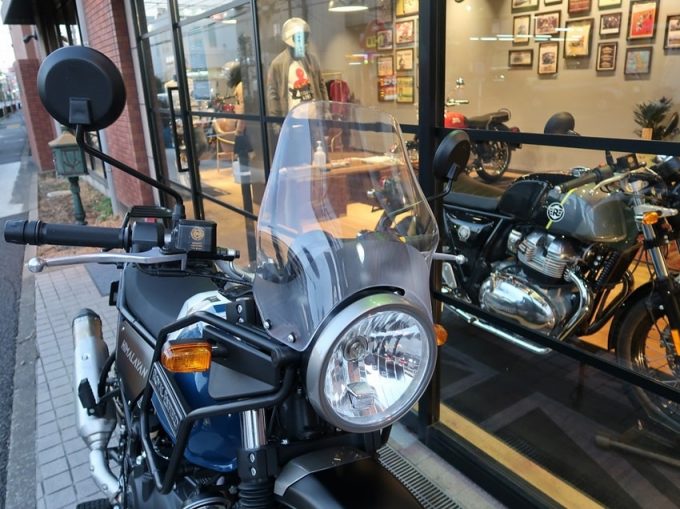 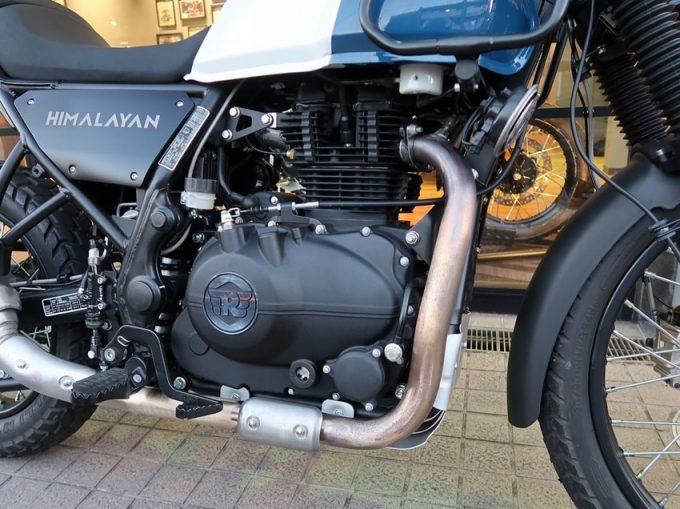 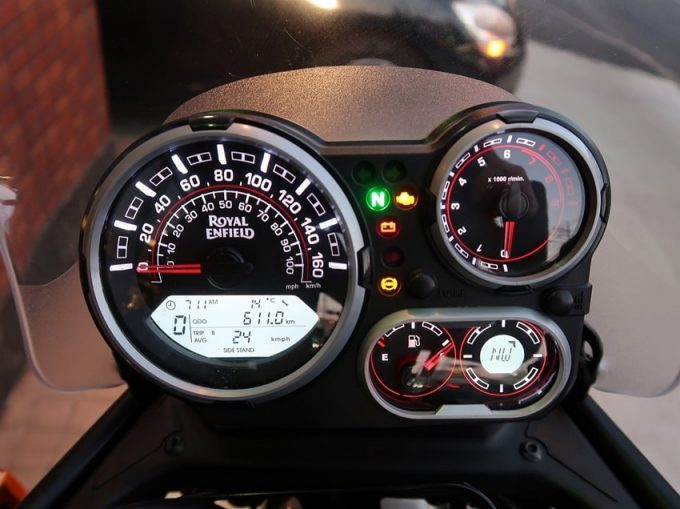 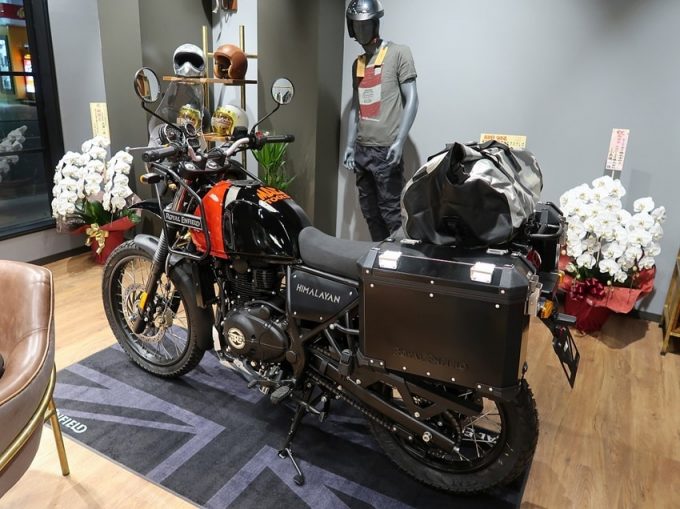 According to PCI, Royal Enfield's exclusive importer in Japan, the date of the showroom's opening to the public will be determined based on the status of the new coronavirus infection in Japan. We'll be waiting in anticipation.

What is the EWC (World Endurance Championship)?
SUZUKI Unveils the All-New Hayabusa for the First Time in 13 years