I attended a media test ride of Kawasaki's highly anticipated ZX-25R super-quarterback, and after two days of riding both on public roads and on the track, I'd like to report on my review of the motorcycle's sporting performance, mainly on the track.

Full throttle is not scary 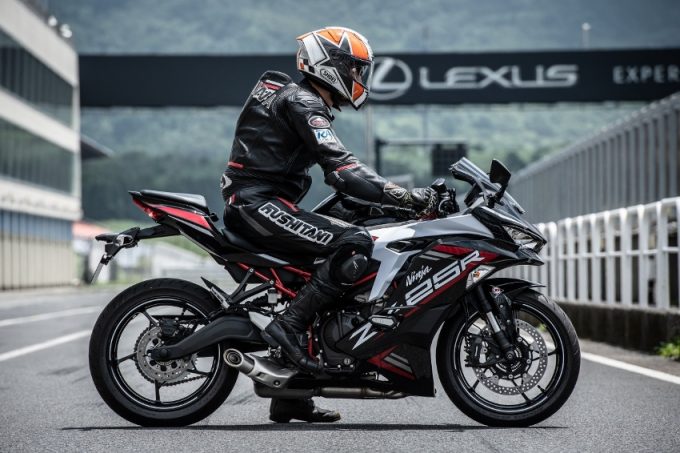 When I straddle the machine in my leather suit, the position is just right as if it were made for me. That alone is enough to get you fired up. The motorcycle is a bit large for a 250cc sportbike, and it has a great face. At first glance, it has the presence of a 6R. Compared to the Ninja 250, it's a bit bigger, especially in the engine area. Yes, this is the four-cylinder machine we've been waiting for for quite some time. 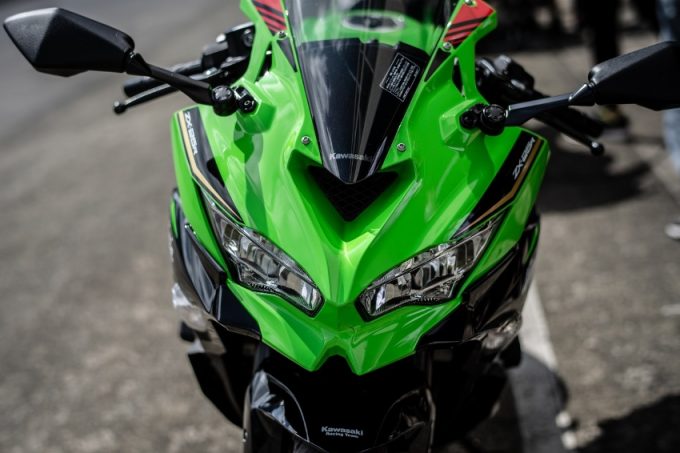 As soon as I fire up the engine and give it a slight blip, I'll hear that familiar straight-four sound. The engine starts off gently, and even when I open the throttle, it doesn't thump like a 250cc engine should. So it's easy to open the throttle to full throttle and not feel intimidated by it.

While applying the throttle to full throttle until it really clicks, the smooth touch of the quick shifter is stirred up with a high-pitched in-line 4 sound. On the 1km straight at Autopolis, just before the final corner, I kept the throttle fully open in 3rd gear and shifted up through 4th, 5th, 6th, and 8th gears. -and up through the gears. Halfway through the straight, the motorcycle was already in top gear, and I was staring at the meter while lying on the ground. At the end of the line, we reached a peak of 17,000rpm, or just 180 km/h according to the meter. 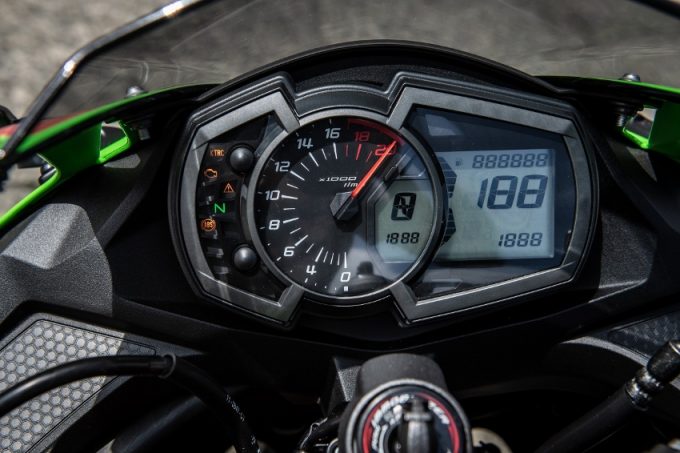 For reference, when I rode the Ninja 250 (39ps full power overseas spec) at the same Autopolis three years ago, it did 160km/h at 14,000rpm. This should be enough to explain the ZX-25R's dynamic performance.

I can't help but exclaim at the excitement of the screaming sound!

Even at high-speed corners in 3rd and 4th gear, the motorcycle accelerates at full throttle with full banking. The engine is a typical high-revving, high-output type, and the powerband is maintained at over 12,000 rpm. The beauty of the 250cc engine is that it can be opened up to full throttle except for braking and hairpin turns. Imagine this.

The excitement of riding at full throttle while surrounded by the screaming sound of 17,000 rpm. It felt so good that I found myself screaming inside my helmet (lol). The ZX-25R is a screaming machine in two ways!

Leave it to the Traction Control and go full throttle.

However, when there is a bit of a wet patch, it is a hard time letting me open the accelerator. That's when the KTRC comes into play. The KTRC is a so-called "traffic control" system that allows you to select one of three modes (off is also possible).

Kawasaki's development rider recommended Mode 2, and it worked perfectly. The feeling is natural, and even though the lights are shining brightly, the machine moves forward without a hitch. You can open the throttle without worrying about the traction control. 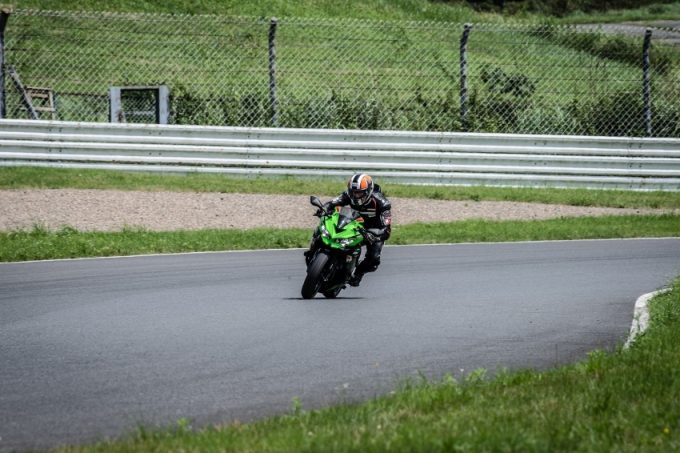 After a few laps and getting used to it, you can go into the 100m sign at the straight end with plenty of time to spare. The Nissin radial monoblocks are strong and delicate to the touch, and even though it's a single disc, it stops very well. The braking distance is much shorter than you would expect on a big motorcycle. The ABS is also excellent, and it feels almost like a racing type that works at the back of the grip, and I felt safer not to turn it off even when driving on the circuit.

The ZX-25R performed as well as, or even better than, I had hoped it would on the track. In the next article, I'll be bringing you a detailed review of the motorcycle on the open road.

CT125 Hunter Cub Test Ride Review: The Skillful Cub that Can be Ridden on Off-road and On-road with Vigor!
[Webike SRC Kawasaki France TRICKSTAR] EWC Round 3: 2nd place in the 24 Hours of Bol d’Or!