A landmark in TRIUMPH's history

The TRIDENT is reminiscent of the TRIDENT three-cylinder racer once nicknamed "Slippery Sam". From 1968 to 1975, the TRIDENT won many glories including five Isle of Man TT races. The name TRIDENT was also on the 750cc/900cc parallel three-cylinder roadster that the new TRIUMPH revived in 1990, based on the original modular concept. The TRIDENT name is etched in history as well as tradition.

The perfect entry-level model for the new generation of riders 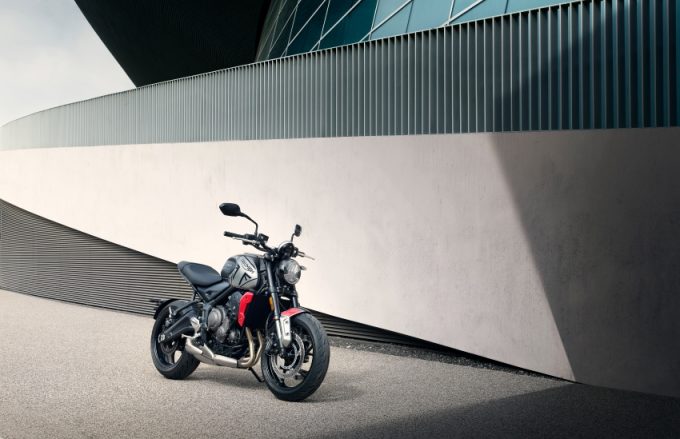 The new TRIDENT 660 is based on the concept of "three advantages".
1) Performance unique to 3-cylinder engines
2) Class-leading technology and handling
3) Attractive price

As an all-new middle-class roadster, the company says its main target is large motorcycle beginners and the new generation of TRIUMPH riders. Steve Sargent, who was also responsible for the development of the Moto2 motorcycle, added: "What we wanted to achieve with the new TRIDENT was to set a new standard in the mid-engined roadster segment. I want to show a new generation of riders around the world the benefits of TRIUMPH and the triple engine."

Why not the 765cc of the Street Triple RS series or the 675cc of the Daytona series? The answer to that question is that it's "the best unit for the new generation of riders to enter the world of TRIUMPH". It also seems to have been designed to comply with the A2 license, which is the entry-level class in Europe.

Completely new design based on the Street Triple S 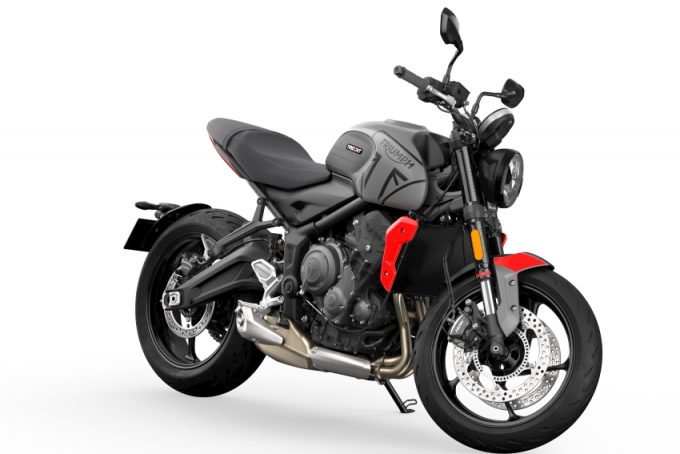 The design is unique. The new TRIDENT has a modern minimalist form with TRIUMPH's traditional DNA woven into its unique style. It features a muscular 14-liter fuel tank and iconic 7-inch full-LED headlights, and is available in four stylish and modern colors, with 45 exclusive accessories to enhance the customization experience.

The engine is a newly developed liquid-cooled 4-stroke, in-line 3-cylinder DOHC 4-valve 660cc engine based on the Street Triple S. It produces 81ps at 10,250rpm and 64Nm at 6250rpm of maximum torque. With 67 new components, optimized 6-speed transmission, and a slip-assist clutch as standard equipment, the new Ninja ZX-10R is the perfect companion to the new Ninja ZX-10R.

Although the engine specification is lower than the 95.2ps of the "S", it is characterized by its powerful linear power and rich torque over the entire rpm range, producing 90% of the maximum torque in almost all rpm ranges. The stylish new silencer, compactly housed underneath the engine, also contributes to the three-cylinder sound.

The latest features for a nimble, easy-to-handle ride

The new chassis is a completely new design, with a slim and lightweight steel frame that weighs just 189kg and has a low seat height of 805mm. The upright position is suitable for a wide range of riders and provides a sense of security and comfort as well as "sporty, agile and dynamic" handling.

The front and rear suspensions are made by SHOWA. The front is an upside-down fork with 120mm of stroke (separate function type), and the rear is a new steel swingarm with a link-type monoshock with 133.5mm of travel and adjustable preload.
Nissin brakes front and rear with ABS as standard equipment. Lightweight cast-aluminum wheels with Michelin Road 5 as standard equipment support the all-around performance of the motorcycle.

Electronic control has also been improved. Two ride-by-wire 'road' and 'rain' riding modes are standard, along with traction control and ABS. A new TFT display with connectivity features can be used to call up navigation, GoPro, phone, music, and more. 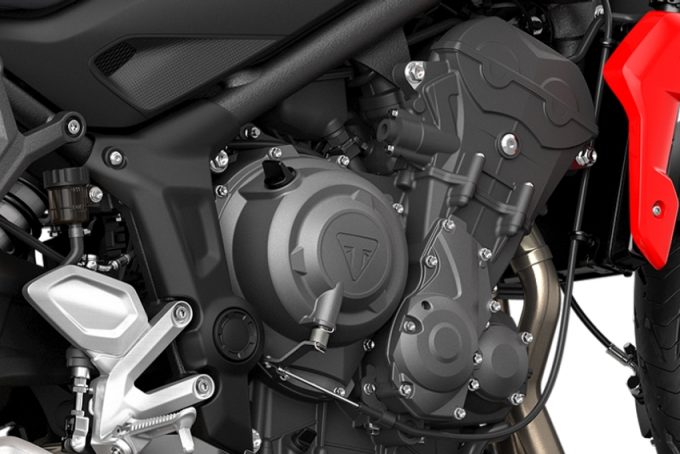 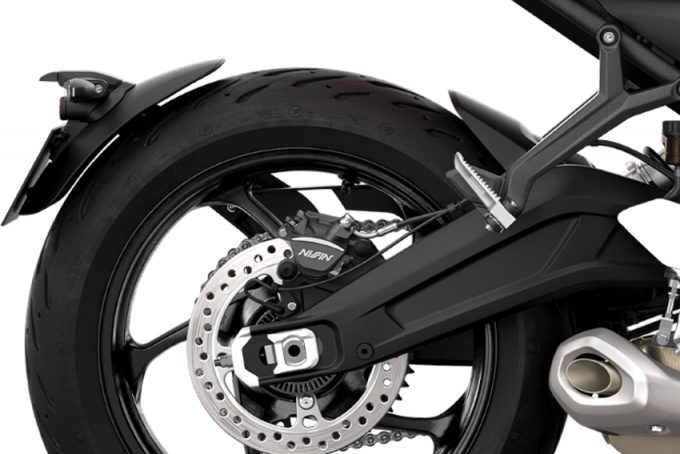 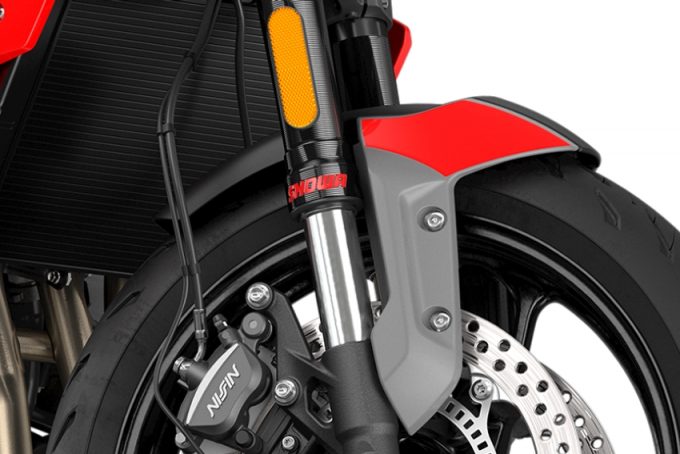 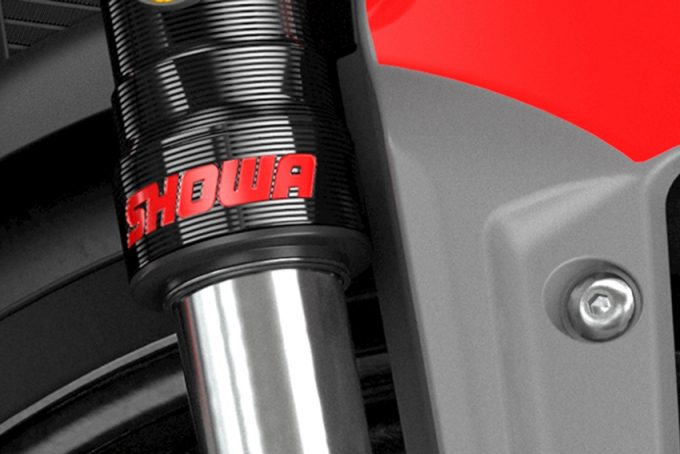 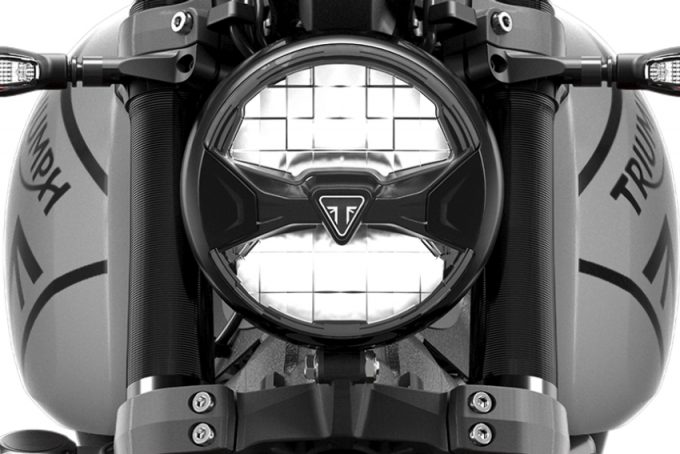 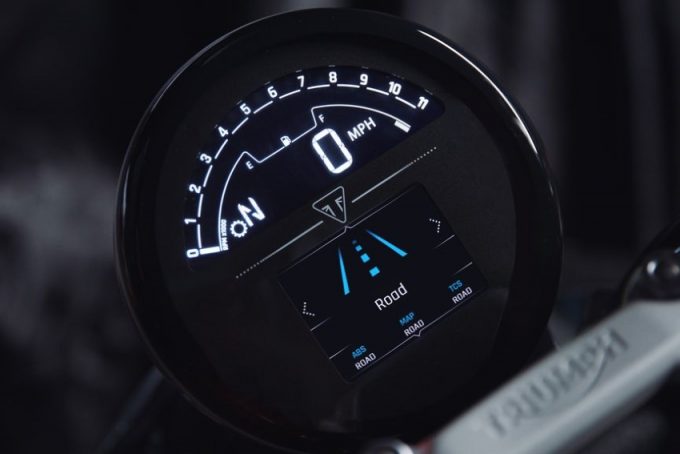 Challenging Japanese rivals at a price below 1 million yen

The price in Japan is an attractive 979,000 yen (including tax), but it's worth noting that it's also very cozy.

For example, it is 25% more cost-efficient than rivals in the same class in terms of regular inspections over a three-year period, and has 25 to 65% longer intervals between inspections at the 16,000km mark, making it superior in terms of long-term maintenance costs. 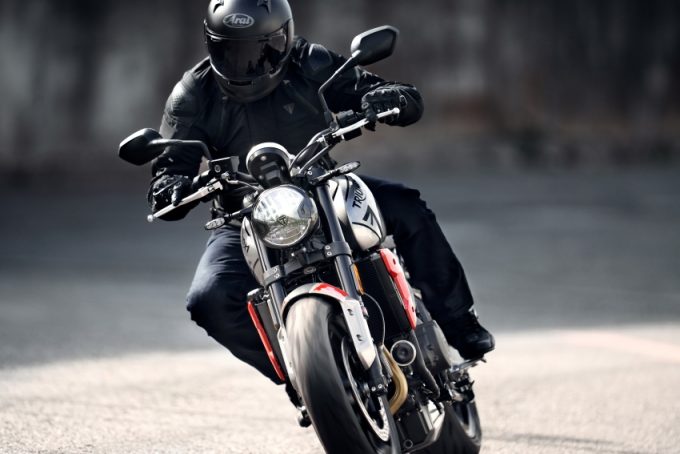 I've heard that the new TRIDENT will be competing with the CB650R, MT-07, and Z650, which are mainly Japanese middleweight naked motorcycle. The price of lesser than 1,000,000 yen and low maintenance costs should be an advantage for the new TRIDENT.

It will be released in Japan on January 23, 2021. We look forward to the new stage that the new TRIDENT will bring.

New Nitron Releases Rear Shock Absorber for Ninja ZX-25R (’20-)
Carry a Motorcycle Lock With You When Going to Work, School, or Touring!