Royal Enfield has been making motorcycles since 1901 in Redditch, near Birmingham, one of the UK's leading industrial cities, and is one of the oldest motorcycle brands in the world. The company is now based in India, but its new twin series, including the INT650, are the latest models to be designed and developed in the UK. 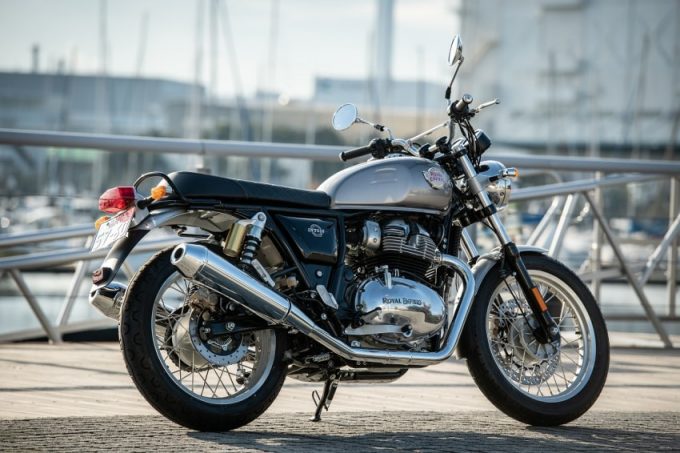 The INT650 is a modern-day interpretation of the Interceptor that was once popular on the west coast of the USA in the 1960s. With its semi-upright handlebars, round headlight, teardrop tank and flat seat, the INT650 has the look and feel of a classic motorcycle. It's an icon of the good old days of sun-drenched California beaches and desert racing. 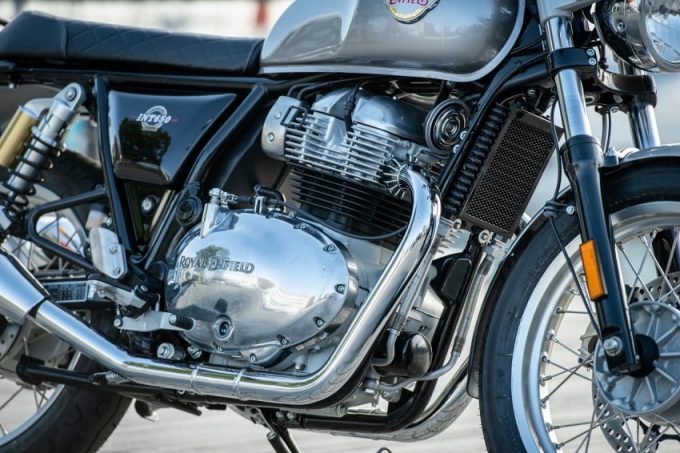 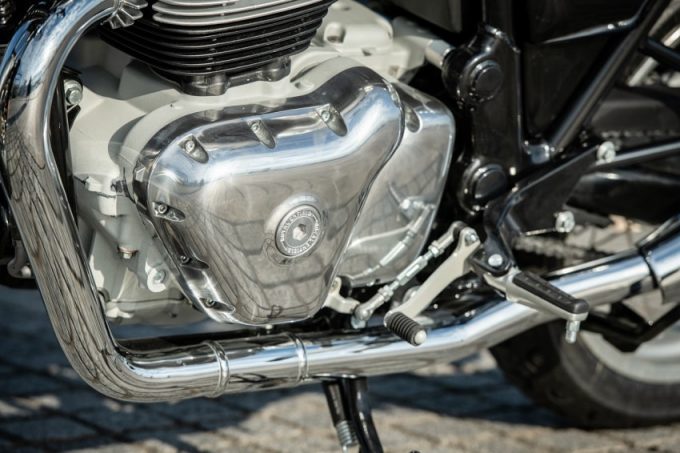 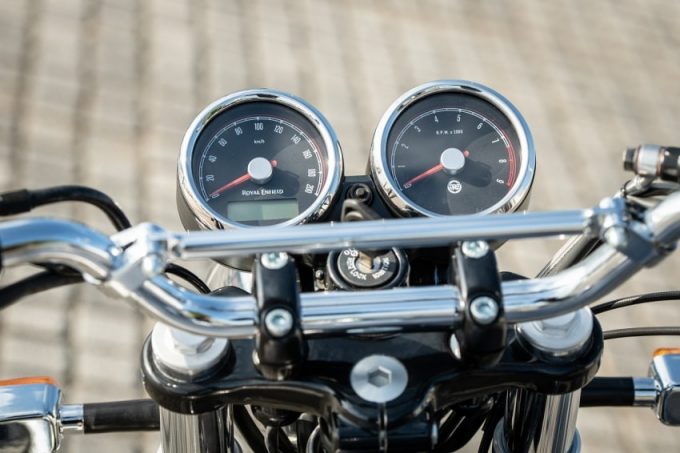 The crowning glory is the engine. The traditional layout of the air-cooled vertical twin, with two cylinders lined up vertically, has been handed down to the present day. It shares the same engine and bodywork as the Continental GT, but the handlebars, footpeg position, tank and seat design give it a different character. 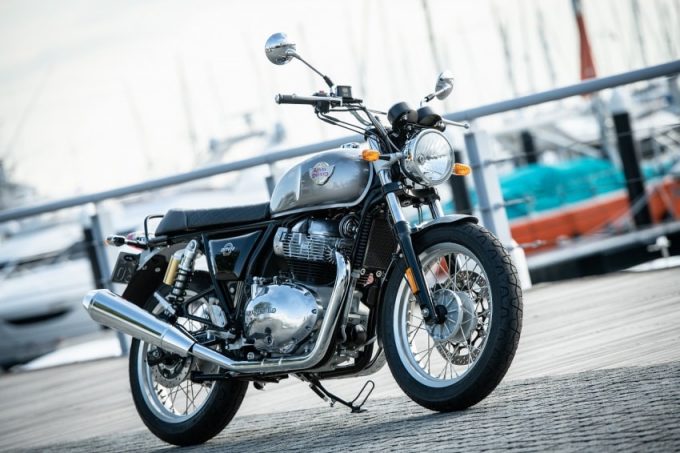 If the GT is a cafe racer, the INT is a standard model with a more free-spirited vibe.

It's a fun, old-fashioned ride with a heavy crank rolling.

The ride position is large and massive for the 650cc class, but when you step on it, the seat is low and the suspension has a lot of sink, so you can get good footing. 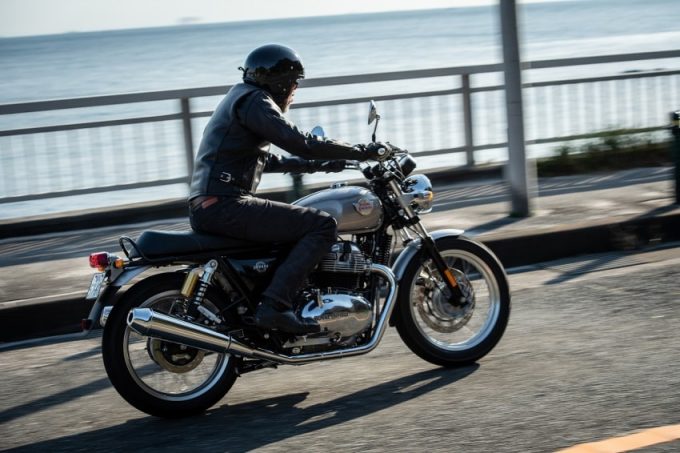 As soon as you start riding the INT650, you will notice that it is easy to ride. The reason for this is the air-cooled OHC twin-engine layout. The engine displacement is only 650cc and the maximum power output is only 47ps, but it's easy to handle. Even if you accidentally open the throttle, you won't be thrown off and the power will come out slowly and gently. At the same time, it has a strong low to mid-range torque and the acceleration that only a 4 valve can provide. 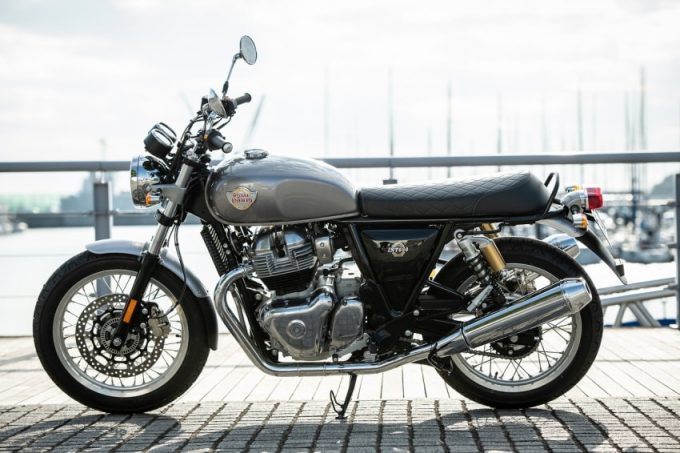 According to the report, this newly designed engine produces almost 90% of its maximum torque between 3000 and 6000 rpm. On the highway, the motorcycle can easily travel in the 80km/h range at 3000rpm and 100km/h range at 4000rpm with the 6th gear fixed.

The flat power characteristic and the pulse feeling of the 270-degree crank are very pleasing, and the old-fashioned feeling of the heavy crankshaft rumbling around in the large retro-style crankcase is also very pleasing. Therefore, even though it is a naked motorcycle, it can also be enjoyed with a relaxed cruiser-like ride.

Supple handling thanks to the traditional Harris frame

It's worth noting that Harris designed the frame. Royal Enfield acquired Harris in 2015, and the company's expertise in modern, authentic frame construction has been applied to the new twin series. 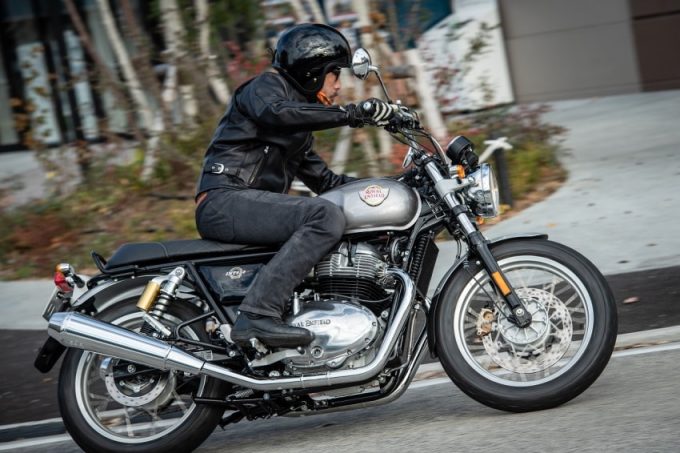 The INT650's handling is very stable, thanks to the inertia of the double-cradle steel frame and the large 18-inch wheels. The INT650's ride is more modern than it looks, and the cornering is more composed and stable than ever, probably due to the synergy of the standard Pirelli Phantom. On top of that, the up handlebar and forward stepping position make it more nimble than the GT when turning.

Safe for beginners and recommended as a custom base

When you hear the word "Royal Enfield", you probably have an image of an ancient motorcycle. You might be wondering what it would be like in the modern world. But there's no need to worry. The new Royal Enfield Twin Series may look nostalgic, but its performance and performance are unmistakably modern. 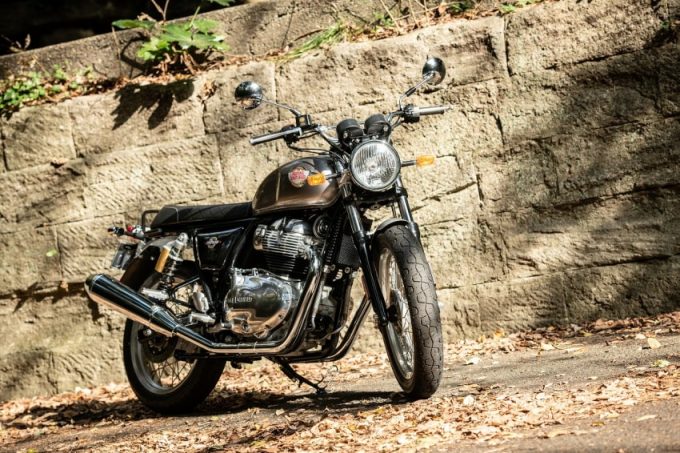 It's a great motorcycle for beginners and a great way for veterans to get back to their roots. Just riding along the coast with the wind blowing in your face and letting the beat of the vertical twin lift your spirits. It's a model that can be enjoyed as a long-time hobby motorcycle or as a custom base.