Royal Enfield is one of the oldest motorcycle brands in the world, founded in England at the end of the 19th century. The company is now owned by India, but development and design are still carried out at its technical center in Birmingham. Their latest creation, the Continental GT650, is a modern model that retains the feel of the heyday of British motorcycling.

A modern vertical twin revived in the name of tradition

First, a little preamble: the first Continental GT was born in the 1960s. It was a popular café racer with low clip-on handlebars and a racing seat. It wasn't until 2014 that the name was revived as a single-cylinder 500cc model, and I actually had the opportunity to attend the international launch myself in London. 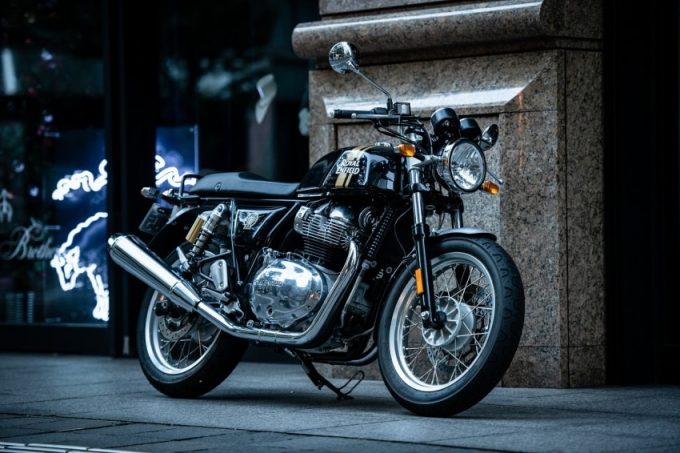 I remember touring to the port town of Brighton, famous for the film 'Saraba Seishun no Hikari' (Farewell, Light of Youth), which depicted the way of life of young people who were passionate about motorcycles at that time, and receiving warm looks from the locals who knew the history well. And now it's back with a completely new design, powered by a traditional air-cooled, parallel-twin 650cc vertical twin. 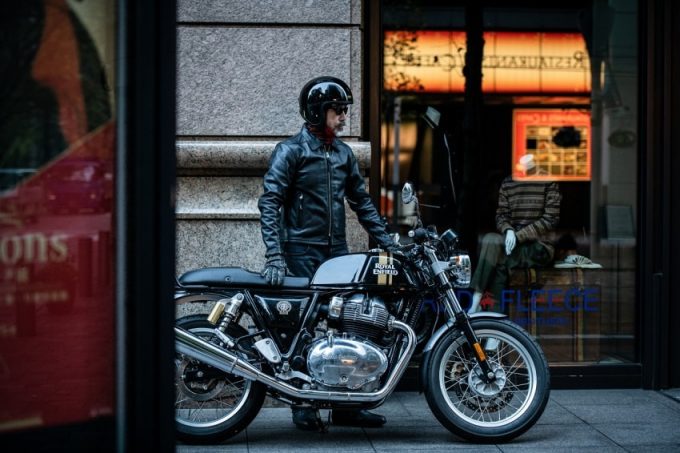 I like the wild throb of the 270-degree crank and the responsiveness of the 18-inch wheel.

The engine is thick with low and mid-range torque, and the 270-degree crank gives an impressive-feeling of unequal, thick throbbing. However, the feeling is not hard but mild and pleasant to drive.

It's fun to drive around town at a leisurely 3,000 to 6,000rpm, where the torque really picks up. On the other hand, the intake system is modern with injection and 4 valves, so when you open the throttle, you can enjoy a crisp and controlled acceleration feel. Vibration is surprisingly low for such a lively motorcycle, and mechanical noise is not an issue. 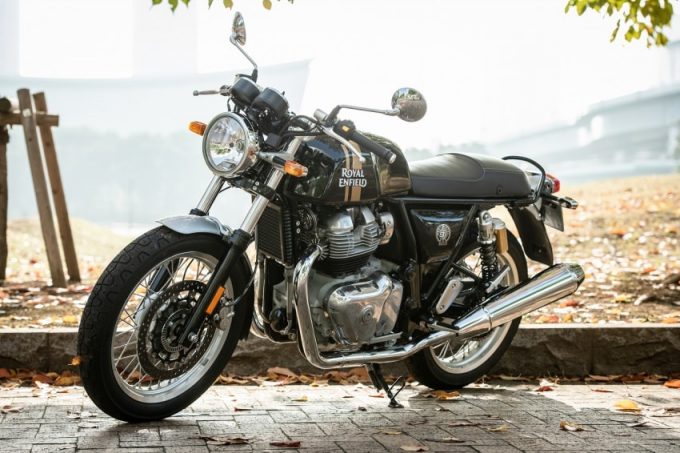 I drove it on the highway, and the 6-speed transmission was great for driving without revving up. The handling is very stable, and the classic 18-inch wire-spoked wheels front and rear are elegant in design, but the large diameter gives a good response and makes for a calm ride. 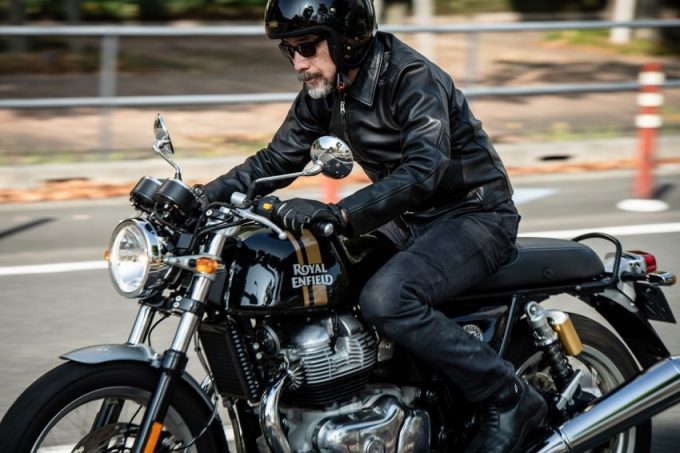 It's not very agile, and the body is heavy, but when you drive it, you'll find a sporty side that will satisfy even the most seasoned explorer.

It looks nostalgic but rides modern.

Maybe the frame is excellent. I was convinced when I heard the reason later. The traditional steel double cradle frame was designed by Harris, one of the leading frame builders in the UK. Incidentally, Harris is an expert in the field, having supplied frames for WGP racing machines in the past. 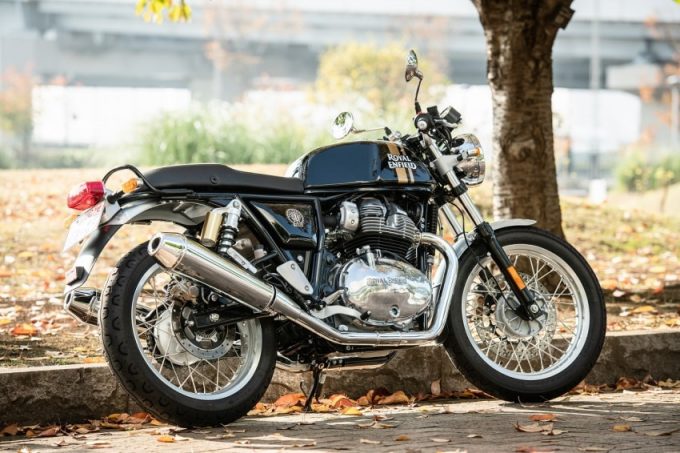 The motorcycle looks like a cafe racer from the 60's, but the ride is modern and not old fashioned. The suspension is well equipped with twin shocks with a sub-tank and BYEBRE front and rear disc brakes with ABS. The suspension is a soft setting that seems to prioritize comfort, but with modern Pirelli Phantom tires, the motorcycle turns and stops well. 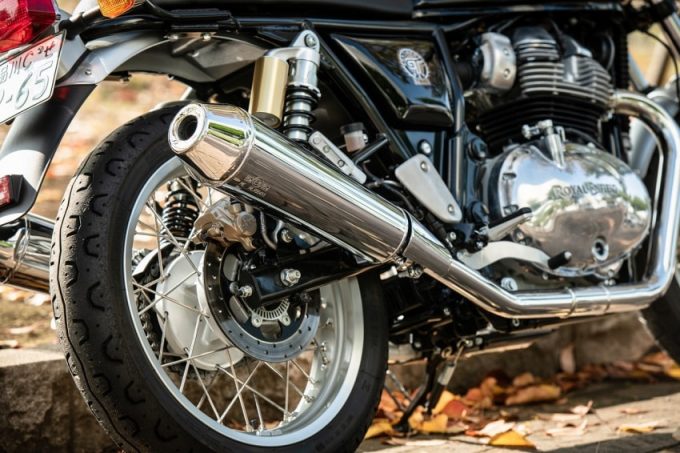 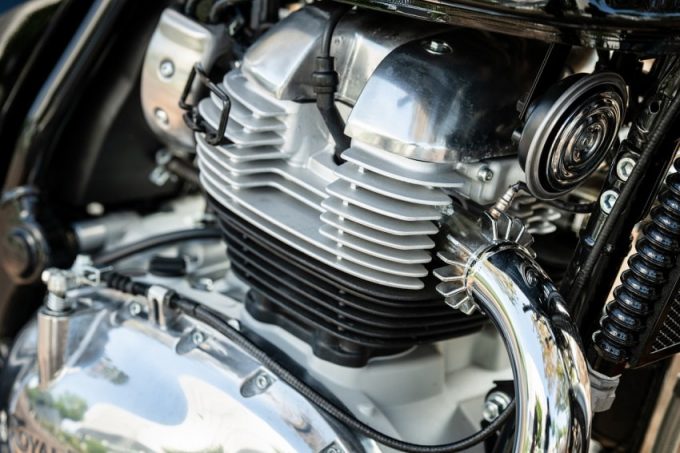 In fact, I took it to the track for a test ride, and it was fine even when we got aggressive. Of course, it's a modern machine, so it's no surprise, but being able to ride it with confidence is an important point.

I want to ride through the city in style. 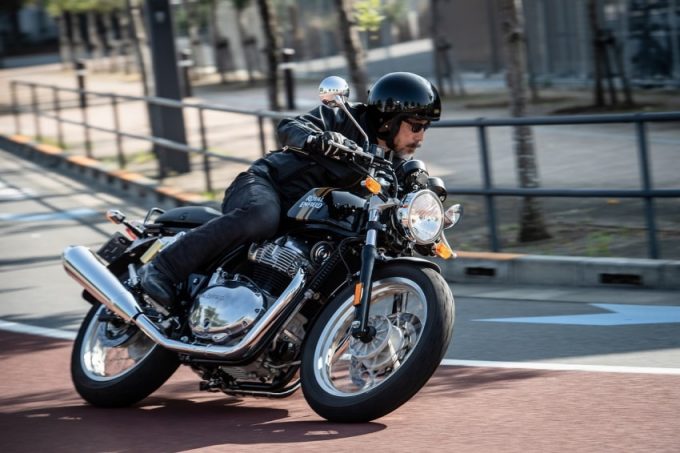 The view from the unique long tank, clip-on handlebars, and the analog double meter is just like a 60's cafe. The grip position is a little far from the front, but it is not too far forward, so I think it can handle touring well. I was also impressed by the large steering angle, which made it easy to make U-turns with the rich low and mid-range torque. The seat height is standard at 790mm, and the slim seat and gouged tank make for good foot grounding. 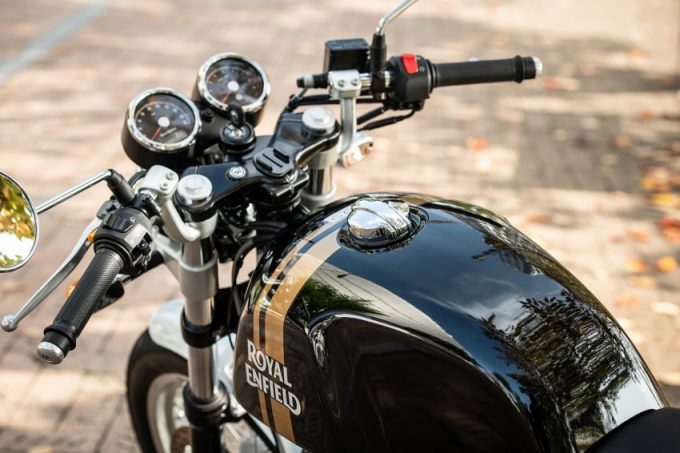 The Continental GT650 is a nostalgic take on the British motorcycles of the 60's, dashing through the city streets with the nostalgic throb of an air-cooled vertical twin. It's a chic café racer you'll want to ride nowadays.