Home
Webike Original
Columns
Radio communication lifted in MotoGP!? You may be able to listen to the live talk like F1. 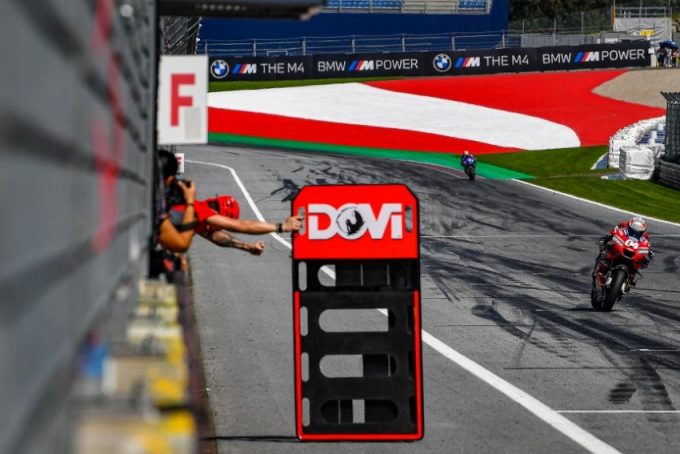 Source of the image in the articlemotogp.com

The world's premier motorcycle road race, MotoGP, is considering the introduction of radio communication as a means of communication between riders and teams.

What are the benefits of wireless deployment?

One of the biggest advantages of radio communication is that it can quickly inform riders of danger in the event of an accident on the track.
In addition, information such as the ever-changing battle for position, time differences with rivals, and course conditions can be communicated to the rider in real time, and the rider can also communicate machine conditions to the pit, as well as team orders and other race strategies in an instant.

On the other hand, MotoGP fans will be able to hear the riders talking live on international video, just like in F1. The radio system is being tested during the race week at Misano, where the San Marino GP was held last weekend, and we are looking forward to the results.

It was introduced early on in Formula One.

Radio communication has been banned in two-wheel racing since before MotoGP. The reason for this has never been clearly stated, but we'll give you a hint later.
Incidentally, radio communication has been permitted in F1 for a long time, and a famous story is that the late Ayrton Senna, known as the "nobleman of the speed of sound," was so overcome with emotion after his first victory in his home country's Brazilian Grand Prix in 1991 that the audio of his sobbing during his victory run was broadcast on international video.

And from the early 2000s, the content of communication between drivers and pits became available to the public.

In two-wheel racing, pit signs have traditionally been the only means of exchanging information between riders and teams, and as far as I know, this has been the way for probably over a century since the birth of two-wheel racing.
Even in today's cutting-edge, high-tech MotoGP, riders still have to travel 300km/All you have to do is read the simple message on the board one way or the other while driving down the home straight in h-overs.

Therefore, the content of the information is like a cipher, combining numbers and initials with information such as "how many laps and how many positions you are in" or "who is behind you by how many seconds". When you think about it, the pit sign is a bit outdated.

And after seeing the horrific incidents that befell Rossi and Viñales at the recent fifth round in Austria, anyone would have wished that the danger message had been passed on to the riders as quickly as possible.
In fact, this incident seems to have been the catalyst for the introduction of the radio system. According to reports in the foreign press, MotoGP machines are currently equipped with a red-flag display system on the dashboard, but the time lag and poor visibility of the system is a bottleneck, and the current aim is to compensate for this with a wireless warning system.

However, it seems that riders are divided on the introduction of the radio. While some are positive, saying "if it's convenient, use it," others are skeptical.
This is the problem of information overload. Even now, MotoGP riders are operating their machines at the limits of their mental and physical capabilities, and are worried that the added burden of "radio communication" will disrupt their concentration.

Too much information is too much to process and any distraction could well affect rankings and safety. There is also the question of being able to hear the radio communications over the noise and wind noise of the MotoGP machines.

OK in F1 but dangerous in MotoGP!?

Some might say, "If it's OK in F1, why not in MotoGP? If you've ever ridden a motorcycle, you'll know what I'm talking about.
In a car, you can drive down a winding road while talking on a hands-free phone, but if you try to do the same thing on a motorcycle, you'll break out in a cold sweat. That's how difficult it is to control a motorcycle without concentrating on every sense in your body.
Even if radio is introduced in MotoGP, it may be used differently than in F1. Even if MotoGP does introduce radios, they may be used in a different way to F1.

Nevertheless, it's really interesting to listen to the radio communication in F1. Sometimes the drivers are so relaxed that they crack jokes, and other times they are so agitated by the fierce battles that they shed tears of joy at their victories, showing the human side of these superhuman racers.
In this sense, I have a feeling that the lifting of the ban on radio communication will make MotoGP an even more exciting and fascinating human drama. It will be interesting to see what the future holds.