Evolved as a front two-wheel version of XMAX

Yamaha has released the "TRICITY 300 ABS" (hereinafter referred to as "TRICITY 300"). This is the fourth LMW model following the TRICITY 125/155 and the NIKEN.

As many of you may already know, LMW stands for Leaning Multi Wheel, and it is a motorcycle with three or more wheels that can turn by tilting the motorcycle like a normal one. The engine is a liquid-cooled, four-stroke SOHC, single-cylinder, four-valve, 292cc "Blue Core" engine, which is characterized by its high level of both driving pleasure and environmental performance. 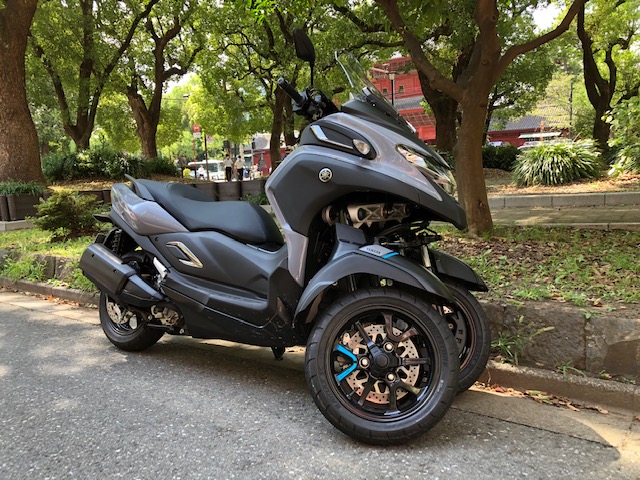 The base of the TRICITY 300 is the XMAX 300, a mid-size commuter for Europe, and the XMAX 250 is a scaled-down version of the popular XMAX 300 in Japan. The engine has been optimized to a special setting, and the backbone frame has been strengthened with a box-shaped joint to the steering pipe.

It's amazing how it can stand on its own with one switch.

The highlight of the new model is the "standing assist" mechanism that allows the machine to stand on its own for the first time on a Yamaha LMW. When the machine is at a standstill (throttle fully closed at 10km/h), a simple press of the switch on the left-hand side of the machine fixes the leaning of the machine.

The machine stands upright by itself, and even in that state, the handlebars are free and the front and rear suspensions move, so handling is overwhelmingly easy. It's a very useful system for a motorcycle that is bigger than a NIKEN and weighs almost 240kg. 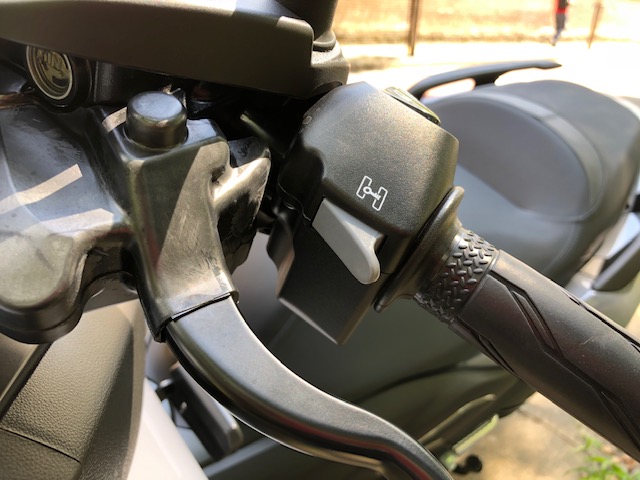 In addition, ABS and front/rear linked UBS optimizes the balance of front/rear power distribution. It is also reassuring to know that the motorcycle has solid braking power and safety. In addition, the large capacity under-seat trunk can hold two full-face helmets with room to spare, and the refined design with a sense of quality is also attractive. 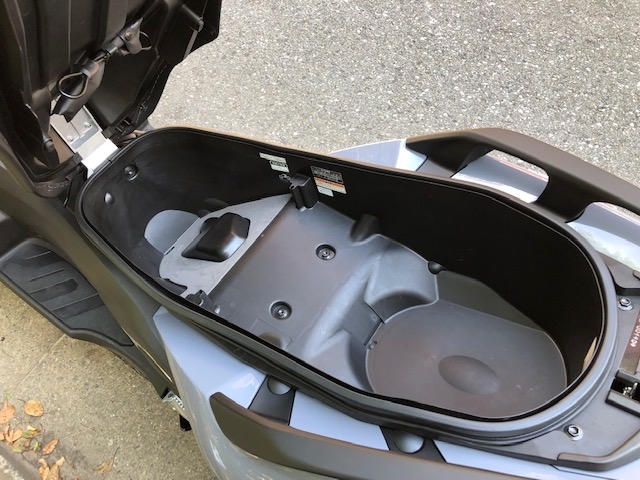 Fast commuter as a Global Standard

Several years have already passed since the introduction of the LMW, starting with the TRICITY 125, and the high level of stability and comfort of three wheels has become widespread among the general public, and it goes without saying that the TRICITY series has contributed to the relief of users who are concerned about the instability inherent in two wheels.

However, although it was later upgraded to the TRICITY 155, it was still lacking in highway performance. In this respect, the new 300 has been upgraded in terms of stability and comfort as well as power. 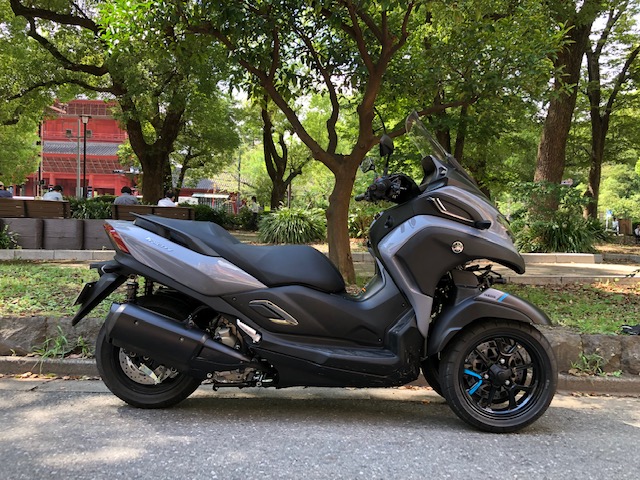 The background to this is the commuting situation in Europe. According to Yamaha's research, it is not uncommon for people in Europe to travel 50 to 100 kilometers every day from their homes in the suburbs to their offices in the cities.
Moreover, the higher the average speed in Europe, the greater the need for a safe, fast, and fatigue-free motorcycle, especially over longer distances. In this regard, the TRICITY 300 is a mid-range commuter and a "fast commuter" of global standard.

I had a chance to test ride the TRICITY 300 for a bit, and I have to say that the front end is extremely stable, and the precise cornering that allows you to follow the line you want is a real on-the-rails feeling. It's powerful enough to lead the flow of vehicles on the highway, and thanks to its slimmer-than-it-looks body, it's just as maneuverable as a regular two-wheeled motorcycle on crowded roads. One of the most convenient features is the standing assist. Once you get used to the controls, you can even pass through stop-and-go traffic lights without putting your feet on the ground. 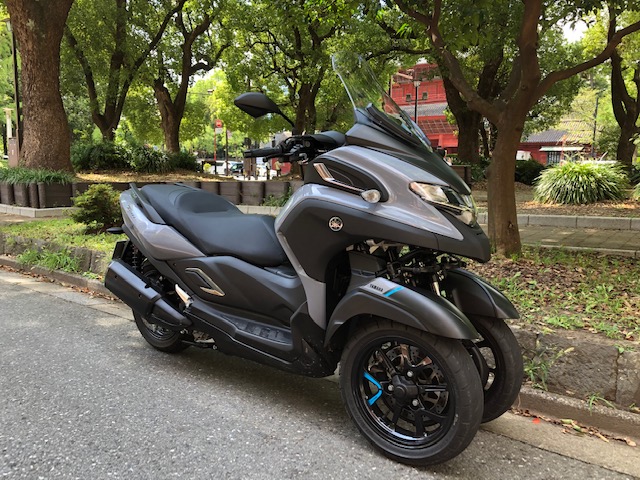 In a nutshell, the TRICITY 300 is the best of both worlds: a combination of the NIKEN and the TRICITY 125/155. It is somewhere between a fun motorcycle and a commuter. At a time when the Corona disaster is calling for a new way of life, it may just be the motorcycle that fits the new normal.