The ultimate supersport from BMW, the M 1000 RR.

The M 1000 RR is based on the S 1000 RR, the pinnacle of the current sports model range, and is the most powerful version of the S 1000 RR, incorporating the technology and know-how gained from racing machines in the Superbike World Championship (SBK). This is BMW's first "M" model on two wheels.

The new S1000RR's liquid-cooled straight-four engine with shift cam has been completely redesigned for the 2019 model year, with a maximum output of 212 hp at 14,500 rpm, an increase of 7 hp, and improved mid-range torque. The rev limit has also been increased by 500 rpm to 15,100 rpm.

The weight of the motorcycle has been reduced by 8kg to 192kg through weight reduction of various parts, and the latest aero form has resulted in a top speed of 315km/h (circuit gear ratio) and 0-100km/h acceleration of 3.1 seconds, the strongest performance in its class.

The engine and body are specially designed for this endurance racer. 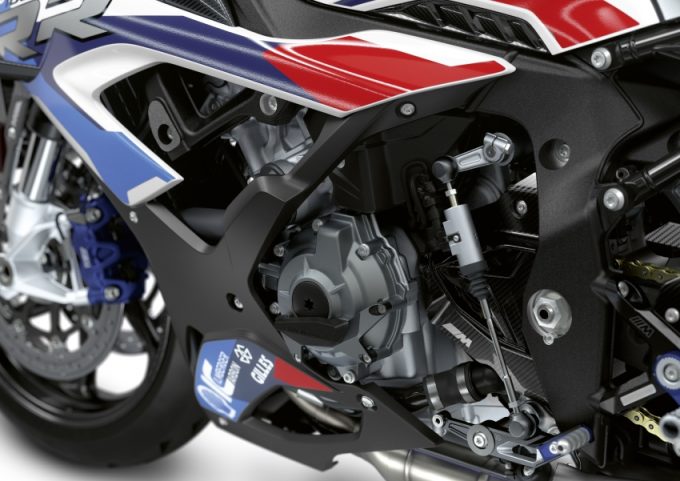 The geometry of the chassis has also been optimized for circuit use, and the wheelbase has been widened to reduce excessive changes in body posture and provide comfort. The swingarm pivot has also been redesigned to increase the adjustment range. The rear axle and rear brakes also feature a quick-release mechanism, allowing for quick changes in the pit, just like an endurance racer. 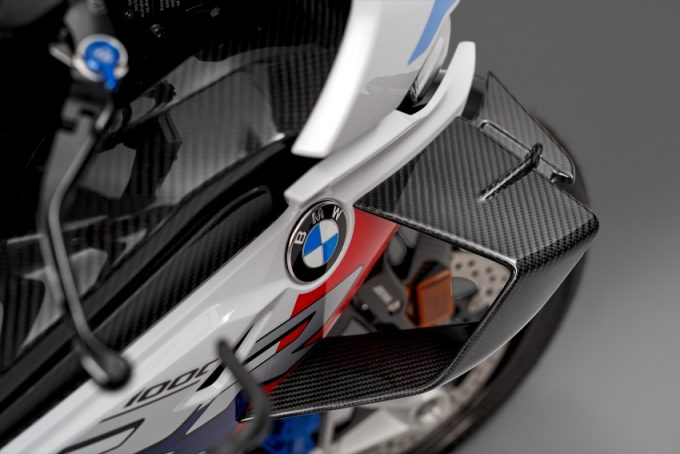 The carbon M-winglets are the most eye-catching feature on the exterior. By creating up to 16.3 kg of downforce, prevents the front from lifting during acceleration and improves the front's ground contact and braking stability while turning. The canopy-type high windscreen cuts through the air for maximum acceleration efficiency.

In addition to the basic version of the M1000RR, the M1000RR is also available with the M Competition Package, which consists of M machined parts and carbon parts specially designed for the racetrack. The HP4 RACE, with a carbon frame and wheels and 215 horsepower, is a dedicated circuit model, but the M1000RR is the top model for street use. 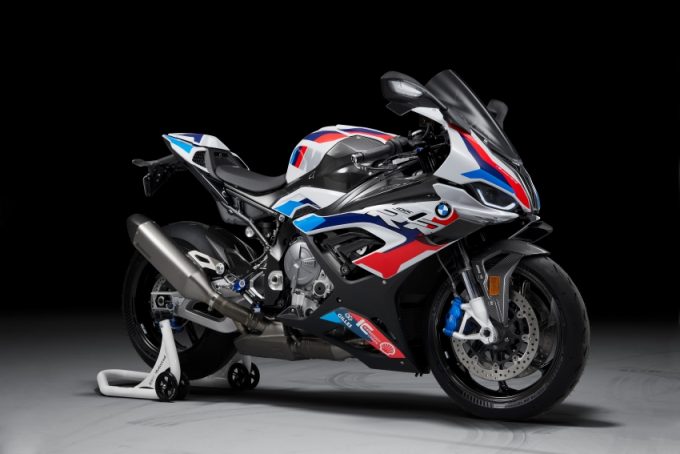 The M1000RR's goal is to win the Superbike World Championship (SBK). In the SBK, which is contested by modified production motorcycles, the performance of the base machine directly affects the race results.

For this reason, manufacturers often introduce so-called homologation models (models approved for production use), which are specially enhanced, limited-edition versions. For example, Ducati's Panigale V4R and Kawasaki's ZX-10RR. And the newly introduced M-Winglet is a clear indication of this goal.

Even a trendy wing needs a homologation first.

In MotoGP, feather-like winglets became popular a few years ago, and after a period of trial and error and changes due to regulations, the current ducted wings, and blister cowls have been settled down, but in SBK, there is an aero war going on right now. The dominance of winged machines is becoming clearer as Ducati wins the 2019 season with its giant winged Panigale V4R and Honda also introduces its ducted winged CBR1000RR-R this season. 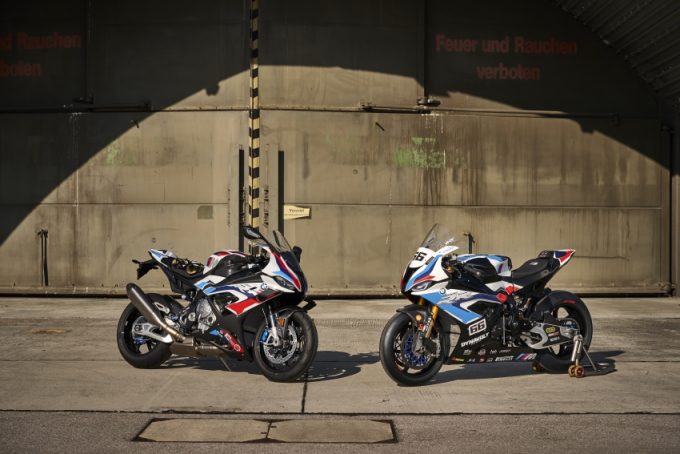 However, in SBK, where the scope of modifications is strictly regulated, the form of the base production motorcycle cannot be changed, and if you want to add winglets, they must be installed on the homologation model from the beginning.

On the contrary, the SBK racer's driving performance and powerful aerodynamics are sure to win the hearts of the most avid sportsmen and women, and the M1000RR's success in the races will be a marketing triumph for BMW.

The price and release date have yet to be determined, but it will probably be somewhere between the S1000RR and the HP4 RACE. Stay tuned for more information.