Breaking the excellent balance of the parallel 3-cylinder?

The parallel 3-cylinder engine in the new Tiger 900 has unequal ignition intervals. When I learned of this, I didn't think it was possible.

I didn't think it was possible, because a 3-cylinder with 120-degree crankshaft and 240-degree equally spaced ignition is very well balanced. The primary and secondary vibrations are perfectly balanced, and even-force vibrations that shake the engine due to the primary inertia force are generated, but can be handled by a balancer.

Moreover, the inertia force caused by the reciprocating motion of the piston, which is added to the rotational force of the crank, is cancelled out. This inertia is much greater than the rotational force from combustion pressure at high RPM, and it hinders the ability to grab traction. The 270-degree twin and the crossplane R1 are the result of YAMAHA's crossplane concept of eliminating this inertia.

The 120-degree crank 3-cylinder is a natural fit for this concept. In fact, the parallel 3-cylinder has a smooth, yet appealing throbbing that the 4-cylinder doesn't have, and that throbbing reaches through and through.

The Tiger 900 has been bored up to 4mm from the Tiger 800 and the crank phase angle has been changed. 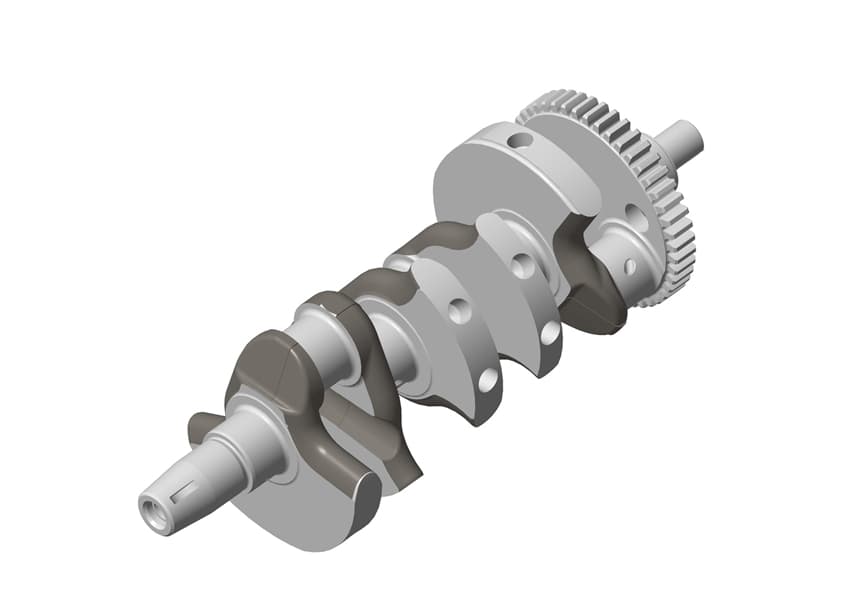 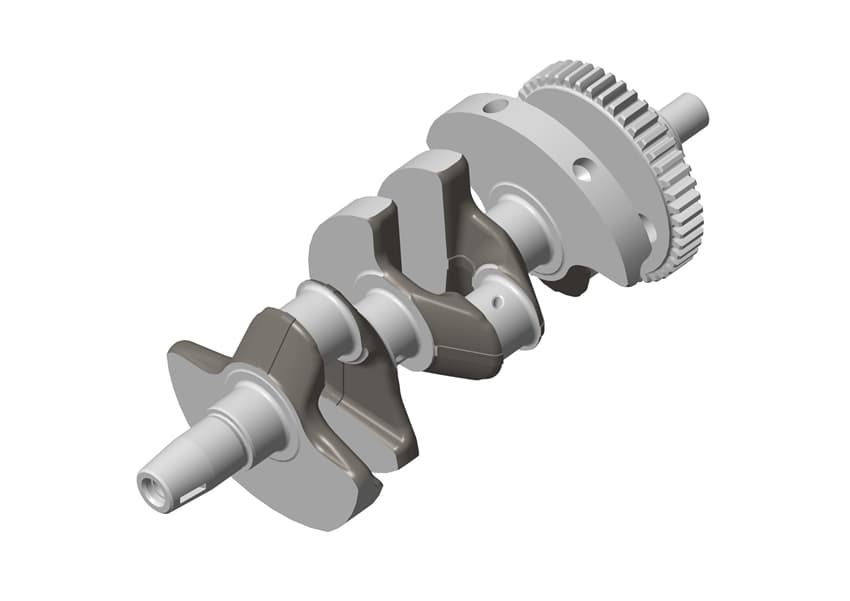 This has a drawback. The primary inertial force of the central cylinder remains in addition to the primary inertial couple of both side cylinders. However, since a single axis balancer is installed, this is not a problem if it is used to deal with this problem. Single cylinder remains for the secondary vibration, which is twice the engine frequency.

There is a risk of minor vibrations on the high rev range, but it's not serious, considering that a typical parallel 4-cylinder, 2-cylinder, 180-degree and 360-degree cranks, will produce secondary inertia forces several times that of the cylinders (that's why 4-cylinders are often fitted with secondary balancers).

Even so, why did I choose the T-plane?
The aim is certainly to give rhythm and inflection to the throbbing with unequal spacing, for fun and to make traction easier to grasp. Perhaps Triumph wanted to make their personality clearer against the MV Agusta and Yamaha's 3 cylinders. However, it wasn't a significant change from the 240-degree equidistant, and it seemed unlikely that we could hope for a dramatic improvement in traction performance.

The T-Plane made good use of inertial torque.

But I had a gut feeling that this was something to look forward to. 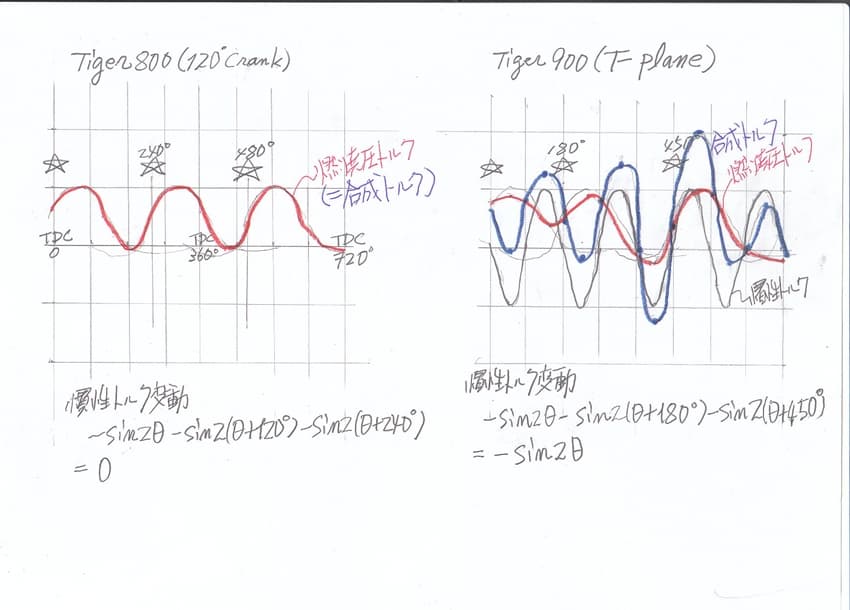 With 120-degree crankshaft, 3-cylinder cancel each other out and the result is conveniently zero. In the case of a standard 4-cylinder or 2-cylinder, the inertia force is several times greater than that of the cylinders.

However, I wrote the torque variation on a graph and was surprised. Amazingly, the combustion pressure and inertial torque pile up in the central cylinder coincide, and the inflection of the synthetic torque fluctuations before and after the pile-up is dramatically increased. Moreover, the higher the throttle opening and the higher the rev, the more intense this inflection becomes.

Leather Care Guide: Washing My Leather Boots with Detergent After 8 Years of Neglect
Own the KTM RC16 Factory Racing Machines and Lead the MotoGP™ Race World!