Home
Webike Original
Columns
New V-STROM 1050/XT makes its domestic debut in Japan. The DR-Z, the monster bird that flew through Paris-Dakar in the 1980s The second time around?

The concept is "Master of Adventure.

The new V-Strom 1050/XT was launched by Suzuki on April 24.
It is the successor model to the V-Strom 1000 sports adventure tourer, which was launched in Japan in 2014 and has been fully revised.
Developed under the concept of "The Master of Adventure," the new model's main goal is to improve comfort on long-distance touring, with improved engine performance and an enhanced electronic control system and equipment.

The engine is the same as the previous model with 1,036cc liquid-cooled V-Twin DOHC 4 valves. Optimized cam profiles and cam timing for increased valve lift and overlap Combustion efficiency has been improved by reducing the amount of fuel used. The adoption of an electronically controlled throttle and improvement of the ECU have improved the output characteristics and resulted in a maximum output of 5kW (7kW). The engine has been upgraded to 106 horsepower. 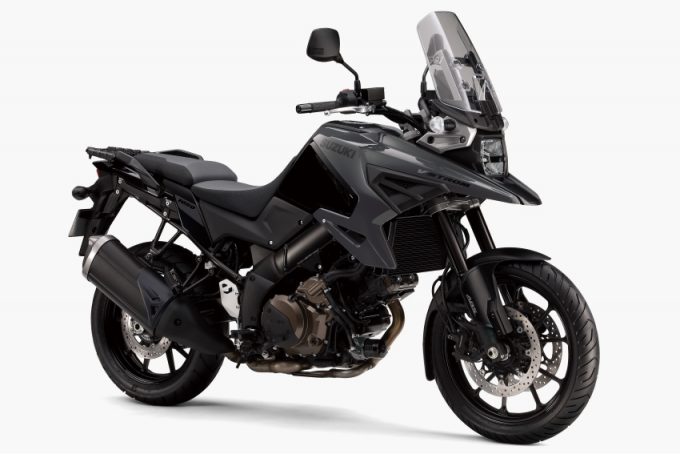 Electric control has also evolved, with an SDMS (Suzuki Drive Mode Selector) that allows you to select from three different output characteristics and 3-step TCS, plus ABS, Suzuki Easy Start with one-shot start, and start and U-turn. The integrated electronic control system S.I.R.S. (Suzuki Intelligent Ride System), which includes a secure low-RPM assist and other features.

The styling of the DR750S, which was introduced in 1988, has been substantially changed, with a modern look and feel. By rearranging the bike to look more like a sports adventure tourer, a powerful image was created. The beak is integrated with the tank cover. Larger, height-adjustable windscreen, aluminum tapered handlebars as standard equipment and so on. The seat also became a front and rear split type, and the lypositive also became more like an adventure tourer It's being reviewed.

The V-STROM 1050XT, on the other hand, is a more adventurous version with wire-spoke wheels and knuckle covers, and also comes standard with aluminum undercowling, accessory bars, a center stand, two-stage seat height adjustment and side case adapters, LED turn signals and a 12V accessory socket.

The XT is available in a special 'Heritage Special' colour, reminiscent of the Marlboro colours worn by the DR-Z (Zita), which competed in the 1988 Paris-Dakar Rally. 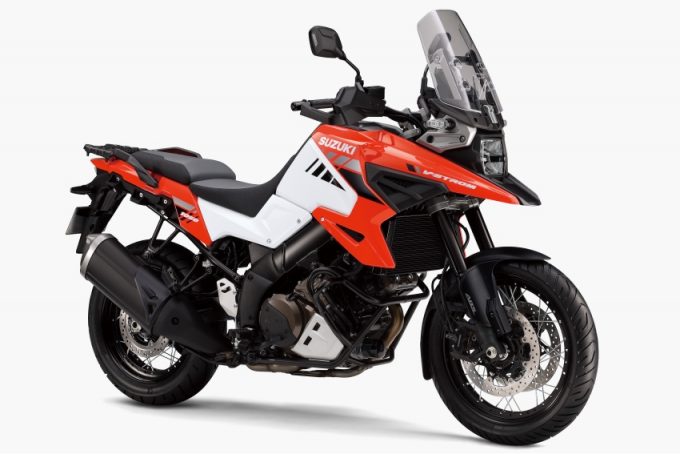 The lineage of orthodox alpine loaders

While the previous V-Strom 1000 was a multi-purpose sports tourer designed primarily for on-road use, the new V-Strom 1050/XT can be described as a model that expands the field of adventure while retaining its basic stance.
This is reflected in the "Master of Adventure" concept, as well as in the design that pays homage to the DR-Z desert racer known as the "Pharaoh's Monster Bird" that once raced around Paris-Dakar.
Last year's world premiere of the new model at EICMA 2019 was preceded by a display of the factory machine that raced in the Paris-Dakar Rally, showcasing its world view. 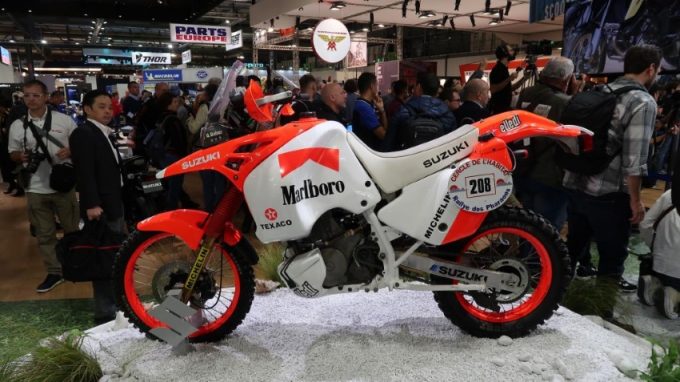 The engine has been strengthened and the electronic control has evolved more, but the contents of the engine have made it possible to use it for high-speed travel and long touring. It can be seen as an upgrade in the direction of increasing comfort and safety. Incidentally, there is no off-road mode in the electric-powered settings, and the vehicle's weight has been increased in exchange for more equipment. This is evident from the fact that the vehicle is equipped with the all-purpose BS A41 tires. Looks like.

So, when you think about it, the new V-STROM 1050/XT is a grueling ride through the desert. It is not a rally machine replica, but a little more nostalgic and mild. As for its position, it is the lineage of the orthodox alpine loader that continues from the first V-Strom series. You can say it.