ZERO MOTORCYCLE is a long-established manufacturer in the electric motorcycle world with a short history. Recently, existing manufacturers such as BMW, HARLEY-DAVIDSON, and KYMCO have announced and introduced large sports-type EVs one after another, but there is a history of already releasing commercial electric motorcycle before that. The new model "SR/F" was introduced in Japan and has been imported by XEAM, a specialist electric motorcycle shop in Fukuoka. It is said that it has been already decided on the handling of about 200 stores nationwide.

220kg at 110ps, the chassis structure is almost the same as the motorcycle 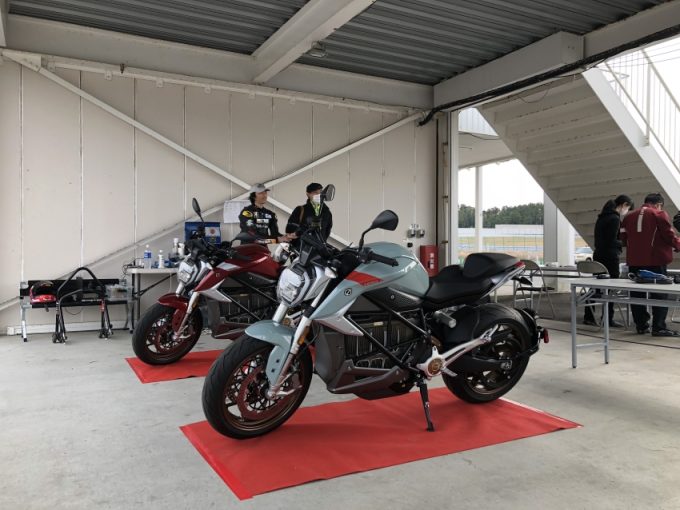 The structure is as simple as an EV, and a huge lithium-ion battery (maximum rated capacity 14.4kw) is housed in the center of the chassis so that it is surrounded by a truss-shaped steel frame. The rear end is equipped with a motor that produces a maximum output of 82kw (110ps) / 5000rpm, and the driving force is transmitted to the rear wheel by a belt drive. 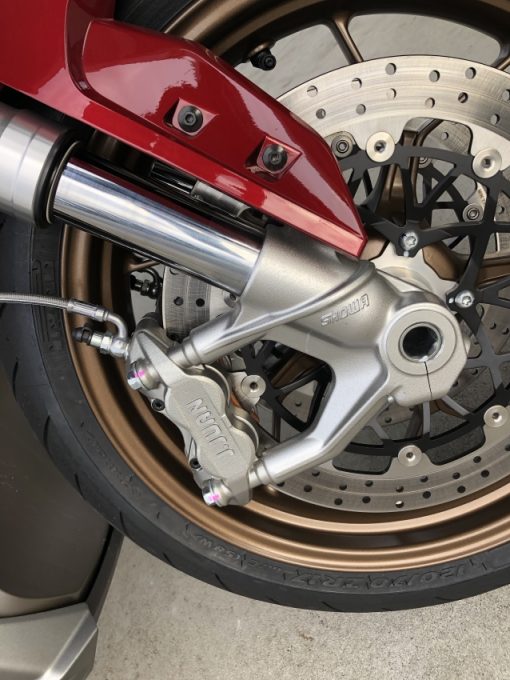 The front and rear suspension is a fully adjustable type made by SHOWA, equipped with the latest standard such as front and rear disc brakes and radial 4P brake calipers. The operating system such as the throttle and the front and rear brakes is the same as the gasoline motorcycle, and the difference is that there is no clutch. Moreover, there is no shift pedal because it has no transmission. The motorcycle weight is 220kg, which is light for an EV of this class. 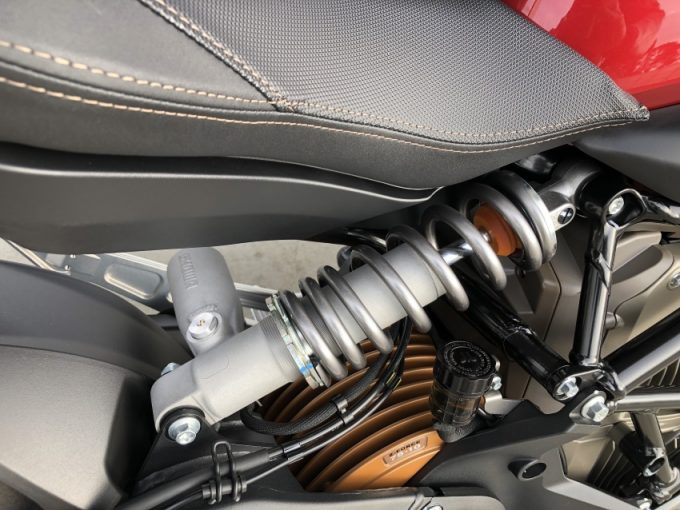 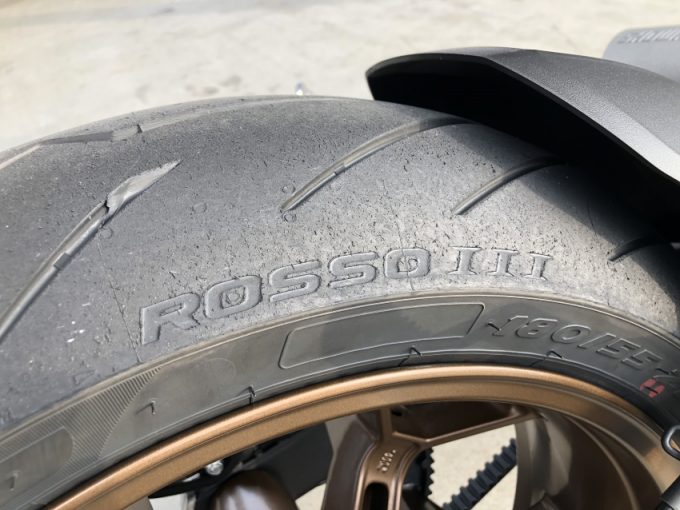 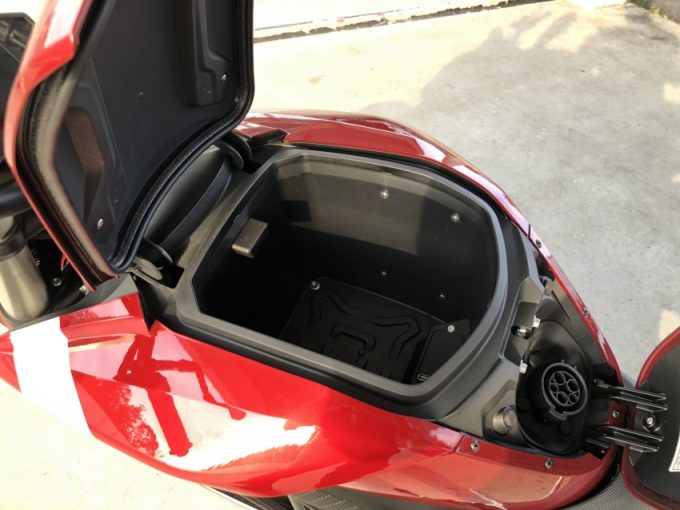 In terms of motorcycle class, if you don't feel like a 600cc class sport naked, you won't notice that it's an EV motorcycle. The 5-inch TFT meter is also colorful and easy to see with the moderately upright riding position. There are 5 driving modes (Sports, Street, Rain, Eco, User) can be selected, but the most aggressive sport mode was pit-out in accordance with the Sodegaura Forest Raceway where the test ride event was held. 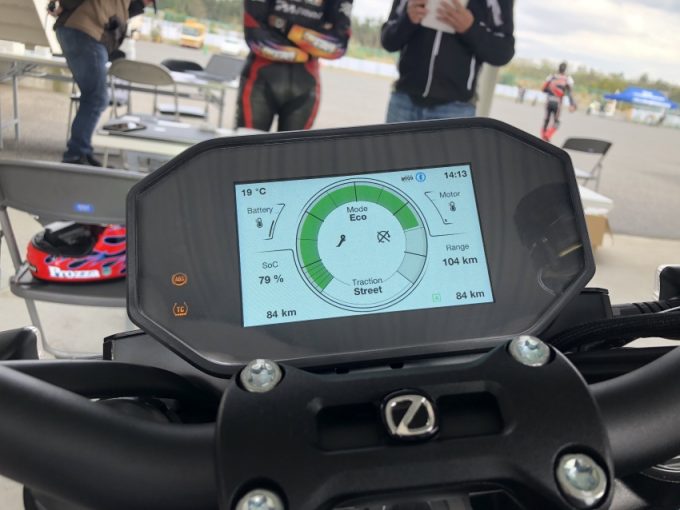 If the throttle is opened carefully, the U-turn can be done normally by gentle, but it changes suddenly when you open it wide. The sound of a motor is like grow of a bullet train and accelerates. The feeling of being pushed out by the wave of thick torque is unique to EV. On a straight road, it feels like it can reach all at once up to 150km/h. The place that shows explosive momentum in the medium speed range also feels like 2-strokes. On the other hand, the over-rev characteristics from beyond the peak like 4-stroke multi-engine can not be expected much. Perhaps because I took a test ride from a 35% battery level concerning the order, the top speed is about 170km/h. The catalog specifications are more than 200km/h, so if it's fully charged, it's going to grow a little more.

Can be charged at home or by high-speed SA 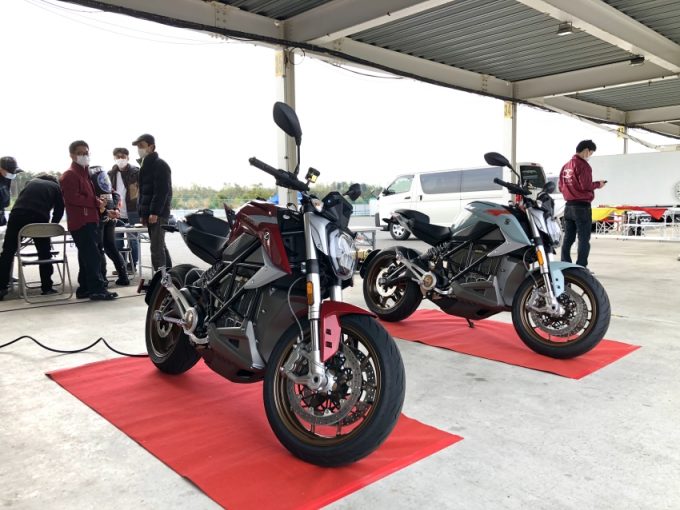 The balance of the chassis is the same as a normal motorcycle, and there is no sense of incongruity in the behavior of the motorcycle body, including the suspension and the cornering was light. At one point, I wonder if the relationship between the battery and the motor's mounting position, I felt that I wanted a little more front load during cornering. Also, in sports mode, the engine braking is almost ineffective settings, so it's also like a two-stroke, and probably you'll need to get used to it. By the way, as the mode is lowered, the power output becomes gentler and the emblem comes into play. Since there is a user mode, it is not in EV that it is possible to set the area freely.

It is a charge to be worried about, but the connector supports 100V/200V, and it supports the charge station in the highway SA, etc. in addition to the home power supply. By the way, the charging time is 8.5 hours at level 1 (about 100V) and 4.5 hours at level 2 (about 200V). The maximum cruising range is about 259km. The price is 21,495 USD, so it feels still expensive when compared to a gasoline motorcycle, but the construction is also solid and luxurious, and even if you say anything, the novelty of the large-sized sports motorcycle is an irresistible charm. I would recommend that you should try to test ride if you have a chance. 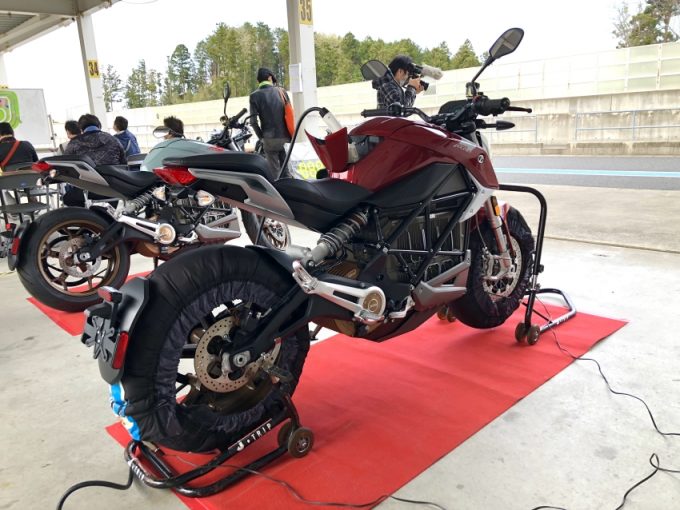 DUCATI Panigale V4 R LEGO Model will be Available in June!
HUNTER CUB vs. CROSS CUB: What are their Attraction and Benefits?