Equipped with cast wheels to the same chassis with SVARTPILEN 401.

The on-road models for the 2020 year of HUSQVARNA have been announced. Among new models, the SVARTPILEN 250 is the most noticeable model, which newly debuted in this series.

[Related News]
◆ New Entry of HUSQVARNA “SVARTPILEN 250”. (It is a Japanese article).

The “SVARTPILEN” means “black arrow” in Swedish. On the other hand, the “VITPILEN” that means “white arrow” in the Swedish is a sports naked model, in contrast, the SVARTPILEN has a scrambler appearance that can ride on dirt-roads. Retro and near-futuristic designs of a unique world view are common in this series, such as an LED round type headlight and integrally molded body with an extremely short front and rear. 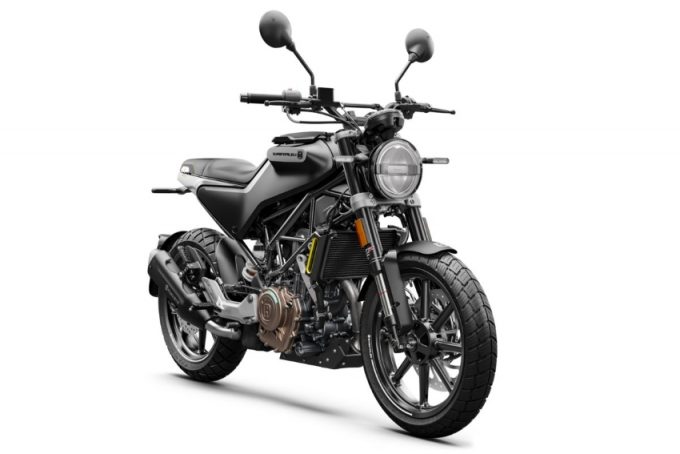 The SVARTPILEN 250 has been equipped with the same frame as the 401 that is the same series but the 401cc has spoke wheels with semi-block tires, in contrast, the 250cc has 17-inch cast wheels with semi-on-road tires in front and rear. So, the 250 is has a little weaker characteristic of dirt riding compared to the 401.

The HUSQVARNA is currently under the umbrella of KTM and shares key components such as the engine and frame with KTM. For example, just like the VITPILEN / SVARTPILEN 701 is based on the 690 DUKE, the 401 Series is based on the 390 DUKE, and this model is also based on the 250 DUKE. The engine is the same as the 250 DUKE of the liquid-cooled DOHC single-cylinder 249cc and bore & stroke too.

The maximum output is 23kW (31PS) / 9,000rpm, and the maximum torque is 24Nm / 7,250rpm, which is about the same with the “250DUKE” with a maximum output of 22kw. The main frame is the same structure as the KTM steel trellis frame. The front and rear suspensions are made of WP suspension under the umbrella of KTM, the inverted type has been used for the front forks and mono-shock suspension has been adopted to the rear suspension.

The brake system also has a lot in common, such as a fixed 4P radial-mount caliper at the front, a 1P floating caliper at the rear manufactured by BYBRE (meaning “by BREMBO”) of the second brand in BREMBO for small and middle bikes, and the ABS adopting a Bosch 9.1MB.

Small parts such as the undercarriage and the riding position are different things.

We can find out the difference if we look eagerly to every detail of this model. For the undercarriage, the front disc diameter of 250Duke is φ300mm, while the SVARTPILEN 250 is enlarged to φ320mm, the rear suspension travel has a stroke length of 142mm in the SVARTPILEN 250 compared to 150mm of the 250 DUKE, and the wheel design is also different.

Like the other models in this series, the output characteristics are probably differentiated by the ECU mapping and exhaust system construction. These motorcycles are totally different, the riding feeling will be also different. In any case, we can expect an aggressive performance supported by a single-cylinder engine of 250 DUKE with a supple tough frame and high-end suspensions.

Riding style which closer to the street bike 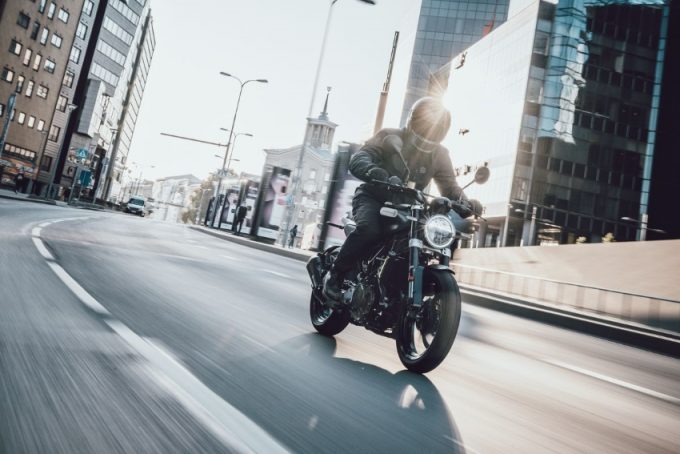 Since I’ve taken a test ride on the SVARTPILEN 401, let me tell you the reviews for reference. The engine stands out more distinctive than the DUKE, it looks like a scrambler, and the suspension is relatively strong and the overall riding preferences are solid. Rather than being good on the off-road, the SVARTPILEN 401 is the image of a street scrambler running through the city.

With SVARTPILEN 250, the power is more gentle, the wheels and the tires are also for on-road, so it will be easier to handle. Since the SVARTPILEN 250 is a 250cc class, it is attractive as a motorcycle that can be easy to buy if considering the price and the low tax. I want to look forward to the debut of the SVARTPILEN 250.