Are there various types of electronic control?

Hello, I am Akihito, a member of Webike staff. This is quite sudden, but when you choose a motorcycle, do you consider that "electronic controls" is equipped or not?

1. I got a motorcycle with electronic control

As I mentioned earlier, I only owned a motorcycle with no electronic controls. In fact, I just recently have owned a motorcycle with electronic control. The motorcycle is the TRIUMPH TRIPLE RS, which is also the based engine of the moto2 machine. By the way, it is the first model of 765cc, not just a new model that was recently announced. (The received date of the STREET TRIPLE RS I bought was the day of the announcement of the new model.)

I will introduce the mainstream function using the electronic controls that are adopted to the STREET TRIPLE RS as a reference! 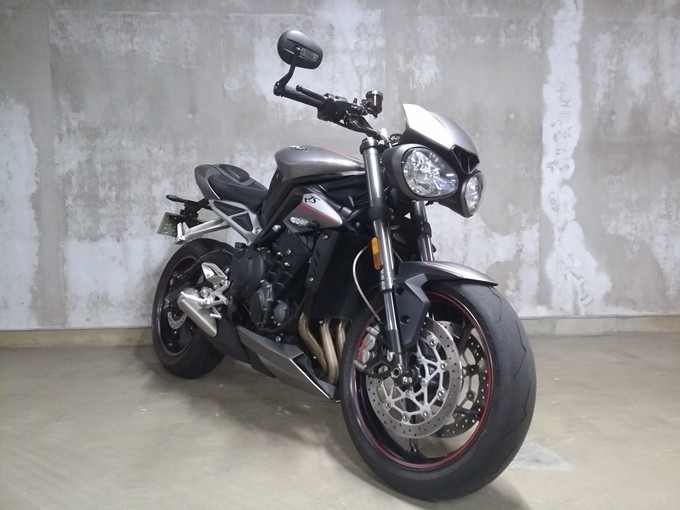 When the ABS is activated, the pressure of the brake changes, causing a kickback (pushing back or vibrating) to the lever or pedal that controls the brake. ABS has been required under the regulation in some countries, and become that ABS has been equipped as a standard equipment on the latest models. The number of small bikes and scooters equipped with ABS is increasing.

The ABS has also evolved nowadays, and there is even high-technology that can adjust the degree of intervention of the ABS in conjunction with the riding mode in advance, and adjust the degree of intervention in an instant according to various situations such as a throttle position, an engine rotation speed, and the gear position. There are various types of ABS that have been appeared including the cornering ABS, offroad ABS, and front to rear interlocked ABS.

Since ABS is intended to predict and suppress the lock of the wheel, if the degree of intervention of the control is strong, the ABS may trigger the brake more at the time of full braking, and the braking distance may increase. This happens mainly when riding on a circuit, so some riders may intentionally cancel ABS. 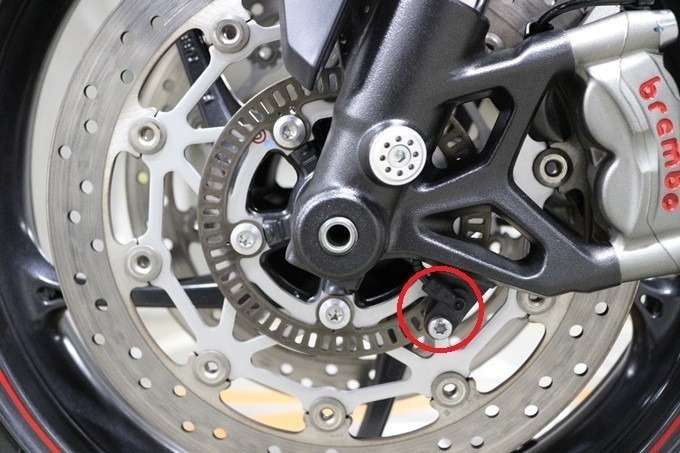 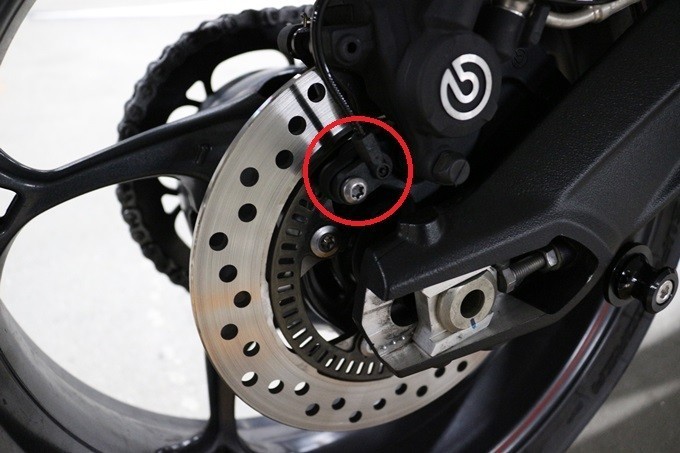 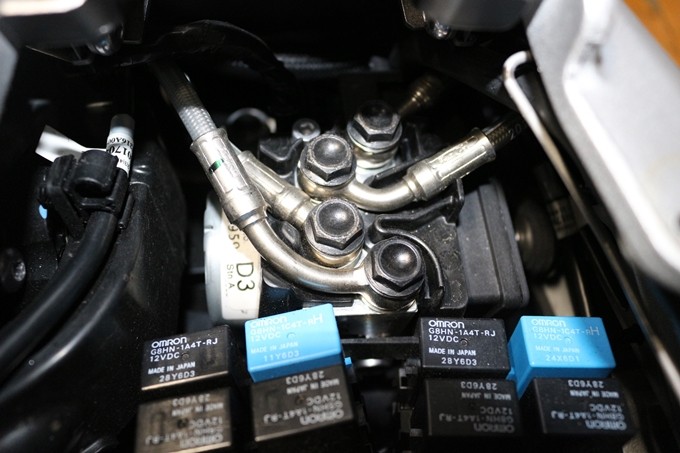 ▲ This module adjusts the braking pressure 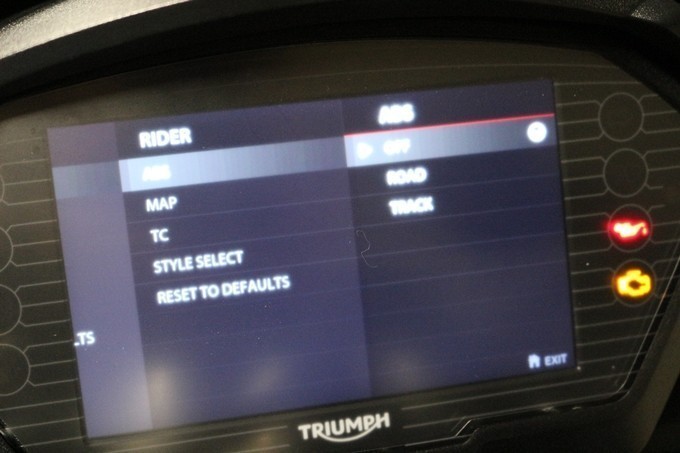 ▲ STREET TRIPLE RS ABS is selectable from 2 modes and OFF

The quick shifter, as its name suggests, supports quick shift change. When the accelerator is opened and shifting up, the sensor attached to the shift rod detects the pedal's movement and temporarily cuts off the ignition, creating the same situation as when the accelerator is closed. In the normal shift-up, it is common to close the accelerator and cut off the clutch to change the gears, but these operations are not necessary if this system is equipped. So it may be called an "Auto shifter".

This system was originally developed to reduce the loss of acceleration due to clutch operation, and after-market parts or optional parts of it were mainly used. But in the last few years, it has become a standard equipment not only for sports models, but also for the higher models of each manufacturer.

In the past, the quick shifter commonly supports to only shift up, but, a model with a quick shifter (auto blipper) that also supports shift down has been appearing recently. You can focus on braking and leaning since the clutch operation is not required when entering the corner.

Aside from that it also helps reduce fatigue in situations where shift operations are frequently performed such as long touring. 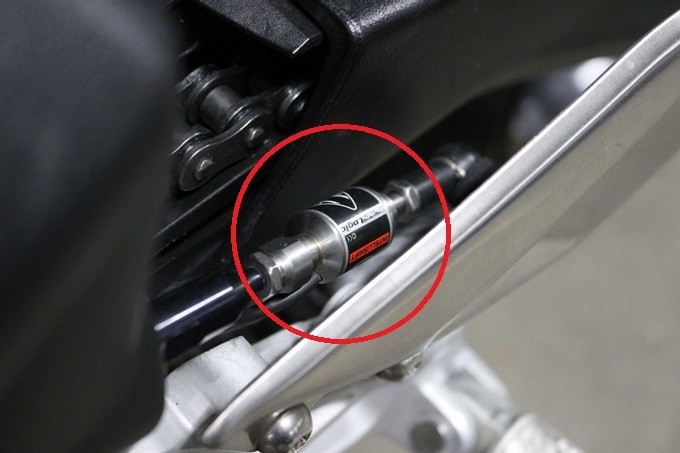 ▲ The sensor attached to the shift rod detects pedal operation.

In fact, in the "power mode" and "riding mode", the method of changing the output characteristics is different. The power mode has a mapping that combines several factors, such as ignition timing, fuel injection amount, and the opening of the exhaust valve timing, for each mode only. For example, the power mode in KAWASAKI ZX-10R can be adjusted from 3 stages, Full: full power, Middle: about 80% output of full power, Low: about 70% output of full power, and it is easy to ride according to the situation by suppressing the output.

The motorcycles that adopt the riding mode include vehicles equipped with HONDA CBR250RR and YAMAHA D-mode. CBR250RR can select the throttle valve characteristics from the 3 types: Comfort, Sport, and Sport +. While the throttle response is the sharpest for Sport+, Comfort rev increases with a delay in breathing even when the throttle is fully open.

Some modes not only changing the engine and throttle valve characteristics, but also the degree of intervention of the ABS and the traction control are also set together. 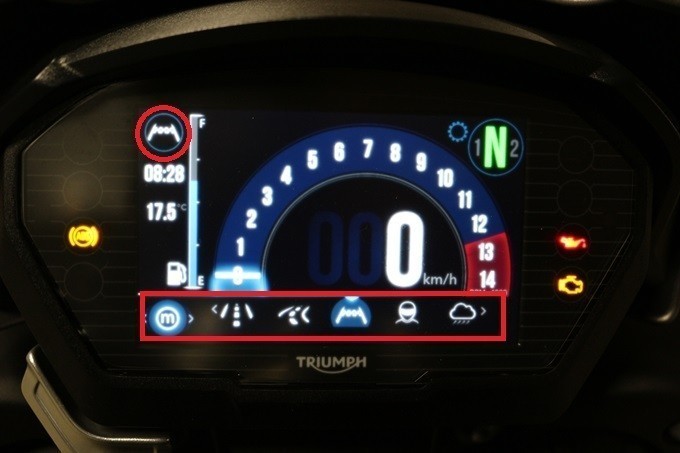 ▲STREET TRIPLE RS can be selected from 5 different modes

The traction control reduces the risk of overturning by means of sensors that detect the idling of the rear tires and by controlling the slipping of the tires by electronic control. The slipping is detected by calculating the difference in rotation of the front and rear wheels, and the ECU instantly controls the ignition timing, fuel injection amount, and the throttle valve opening, which adjusts the idling of the rear tire to prevent slippage.

A high-power machine with more than 200 horsepower, such as the Liter SS class in particular, can be said to be an indispensable system to run safely, as the rear tire slips easily when the accelerator is opened at the beginning of the corner.

For traction control, it is a simple type that is intended to provide appropriate traction when starting and accelerating, and a high-tech one that suppresses the high side that occurs at the beginning of the corner by performing a fine control in an instant by "IMU". The first phase of the traction control considering the bank angle by the "IMU" will be the APRILIA RSV4 Factory APRC, but I would like to introduce the "IMU" some other time.

By the way, if you can set the degree of intervention of the traction control, it doesn't mean anything should be strengthened. If the degree of intervention is too strong depending on the vehicle, it may not rise well without obtaining acceleration as you think by unintended control (failure to ignite, etc.). The traction control is effective even in the street and acceleration can be slowed unintentionally. It is necessary to have the appropriate settings according to the situation.

Isn't the attractive function that everyone wants most in electronic control as a system that prevents overturning? 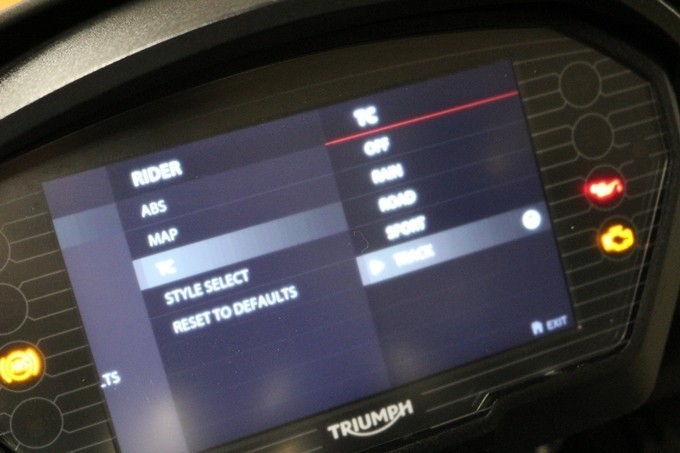 ▲ Traction control can be selected from 4 stages and OFF

This is the era when 200 horsepower high-power machines appeared from each company. If you think like "Where do you use it without going to the circuit?" even if there is no former model, after all the real intention of the rider is to ride the latest and a cool bike. I think it is the electronic control that supports the riders longing for the motorcycle to be able to enjoy on the street.

Also, because electronic control is a feature that supports riders, it will not be effective unless the riders are properly set up according to the situation. The knowledge of electronic control may also be important as one of the riding techniques from now on.

Up next I will introduce more niche electronic controls, stay tuned!