Redefine as urban mobility to enjoy

There are already so-called premium-class maxi scooters, such as "C600 Sport" and "C650 GT" released in 2012, and electric type "C Evolution", but this time the C400 series is easier to handle It is a segment newly added as an urban commuter of medium displacement class.

It is said that it is finished in a model that can actively enjoy as urban mobility as well as means for movement with a new design from the engine to the motorcycle body. By type, C400X is lighter and more sporty, C400GT is Gran Turismo with emphasis on long distance and comfort in tandem. 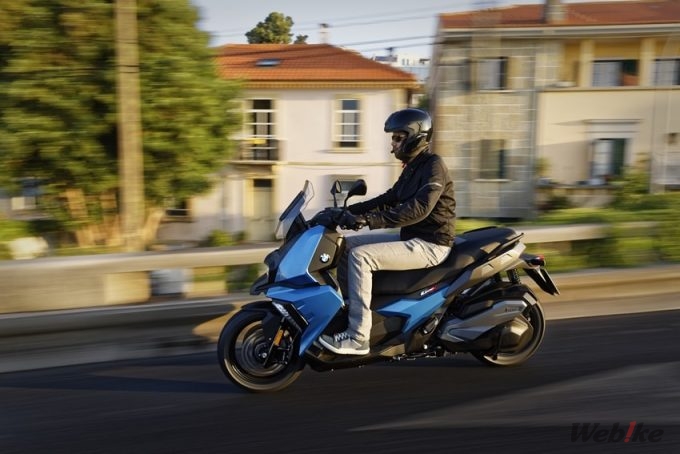 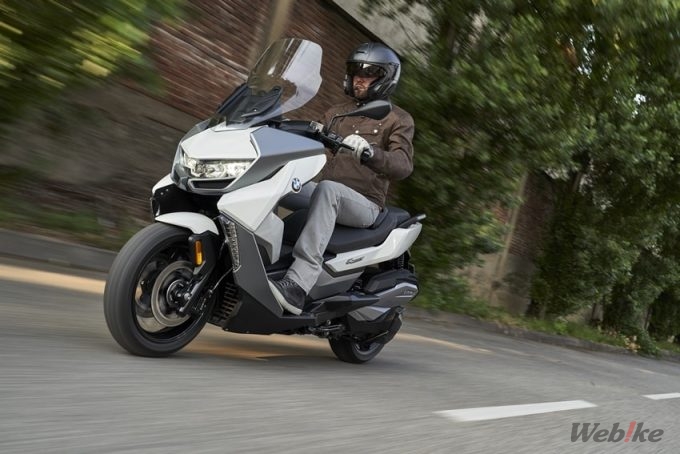 In addition, the basic skeleton of the motorcycle body is made of a solid steel tubular frame, a telescopic type at the front, and a spring strut type at the rear, adopting two shocks to realize sporty running and comfort. The front and rear wheels are equipped with a triple disc brake and ABS to demonstrate high braking power and equipped with ASC (automatic stability control), ensuring safety on slippery roads. Like other models of BMW, ETC 2.0 is standard equipped in Japan specifications. 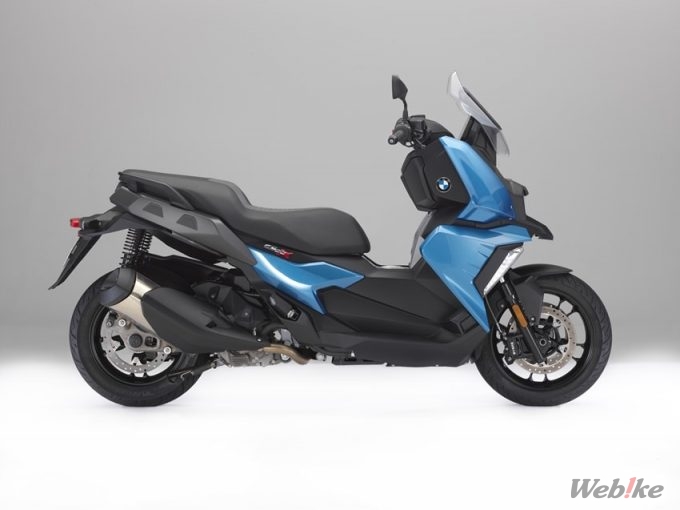 Each design is also unique. While the C400X is equipped with left and right asymmetric LED headlights reminiscent of the GS series, the C400GT adopts a symmetrical two-lamp LED type equipped with a light guide element considering aerodynamics, such as a Gran Turismo-like quality Saya features a style that emphasizes vibrancy.

C400XT is a sporty specification of the front and rear integral type, whereas the C400GT assumes full-fledged tandem running such as equipped with a tandem footboard and a spoiler type large screen on a double seat with backrest It has become specification. Also, in addition to the two compartments built in the leg shield, the C650 series also has a popular flex case under the seat, smart storage is also unique in BMW.

Furthermore, if equipped with the optional BMW Motorrad connectivity, it is also possible to intuitively control operations such as sound play, navigation, and calling by using a multi-controller on the handlebar in conjunction with the TFT display and smartphone, such as BMW It is a model with advancedness and luxury feeling. 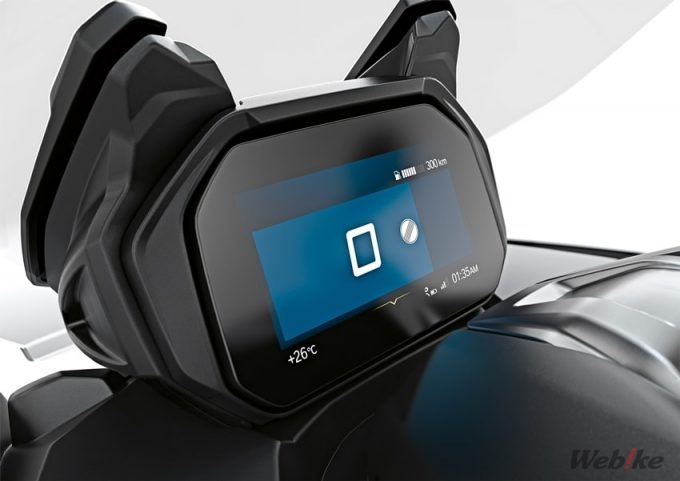 BMW which can be ridden by ordinary two-wheel driver's license

Based on the already-proven C650 series concept, the C400 series can move the city more easily as a commuter, and if it becomes worrisome, it can comfortably perform middle-distance commuting from the suburbs including high-speed movement, the breadth of the pocket It will be a well-balanced one with.

Toni Bou debuts in Budapest with a victory as X-Trial championship gets underway
Yamaha recalled the “TMAX 530” In the worst case, the rear wheel drive belt will run out and it will be impossible to run, and there is a danger that the mixture will abnormally burn and stall

[YZF-R6 Review] The ultimate in attractive bike "Let’s talk about my bike, Webike users!"277 views
Introducing the 19 SPORTS CONCEPT of the ADV150!210 views
How to Adjust the Ignition Timing of an Old 2-stroke Engine with the Height of the Piston?184 views
Learn the Signs of Scooter Belt Wear Out and How to Replace it183 views
Introducing the 19 ADVENTURE CONCEPT of ADV150!132 views

[YZF-R6 Review] The ultimate in attractive bike "Let’s talk about my bike, Webike users!"966 views
Introducing the 19 SPORTS CONCEPT of the ADV150!855 views
How to Adjust the Ignition Timing of an Old 2-stroke Engine with the Height of the Piston?678 views
Learn the Signs of Scooter Belt Wear Out and How to Replace it674 views
DIY! How to Change Front Fork Oil and its Effectiveness Taught by Professional Mechanic511 views