Home
Webike Original
How to
DIY! How to Clean the Fuel Tank Before Rust Removal
2/5 (1)

The setup is the most important than anything else in removing rust inside the fuel tank. Besides, work procedures and working methods, to experience a variety of cases because different depending on the occurrence situation of rust, various applications come to live by knowing.

What I definitely want to know is that you can't "uproot" the rust that has occurred unless you remove dirt such as tar covering the rust iron plate!!

Thoroughly remove the rust anything that physically rusted!

When you look into the inside of the fuel tank through the tank cap hole, you'll find a lot of dirt and rust in there. In such a case, the previous article "Key Points for Successfully Removing Rust from Fuel Tank! Removing Dirt is Necessary Before You Work!" But by using the introduced "number line", it is possible to remove the physical rust and dirt by scraping from the fuel cap mouthpiece. Rust that rubs off inside the fuel tank should be removed as much as possible before using high-performance chemicals. In fact, "judgment before starting work" is quite important in removing the dirt and rust inside the fuel tank. When you look inside the fuel tank with the LED light, you can see that the inside of the fuel tank is dry? Or is it "damp" with rotten fuel! First of all, it's important to understand the current situation.

If it's dry and rusting, blow the inside of the fuel tank with a long nozzle air gun or use a wire to scrape out as much dirt and rust from the inside as possible.
If it's just rust from the looks of it, you can proceed with the work from this stage using a high-performance rust removal chemical.

If there is still a "persistent dirt" that cannot be removed, you can start the work here. It should be possible to perform fairly sophisticated fuel tank cleaning. 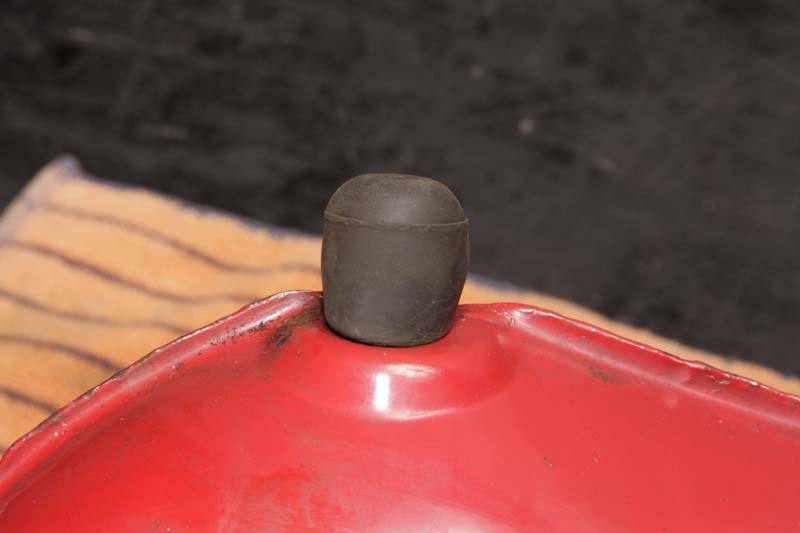 If the metal fittings of the fuel cock are the fitting type of the pipe screw, the lid can be created by using the pipe cap and the leg rubber of the table that can be purchased at the home center, and the liquid leakage can be prevented. 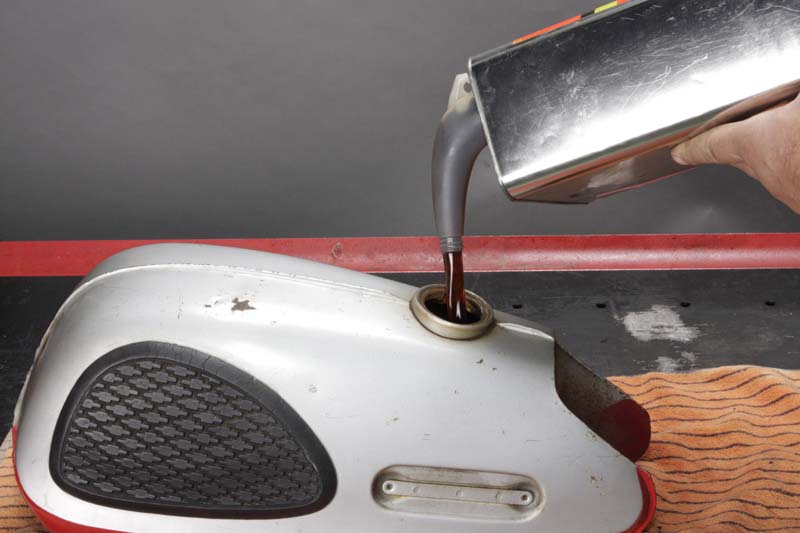 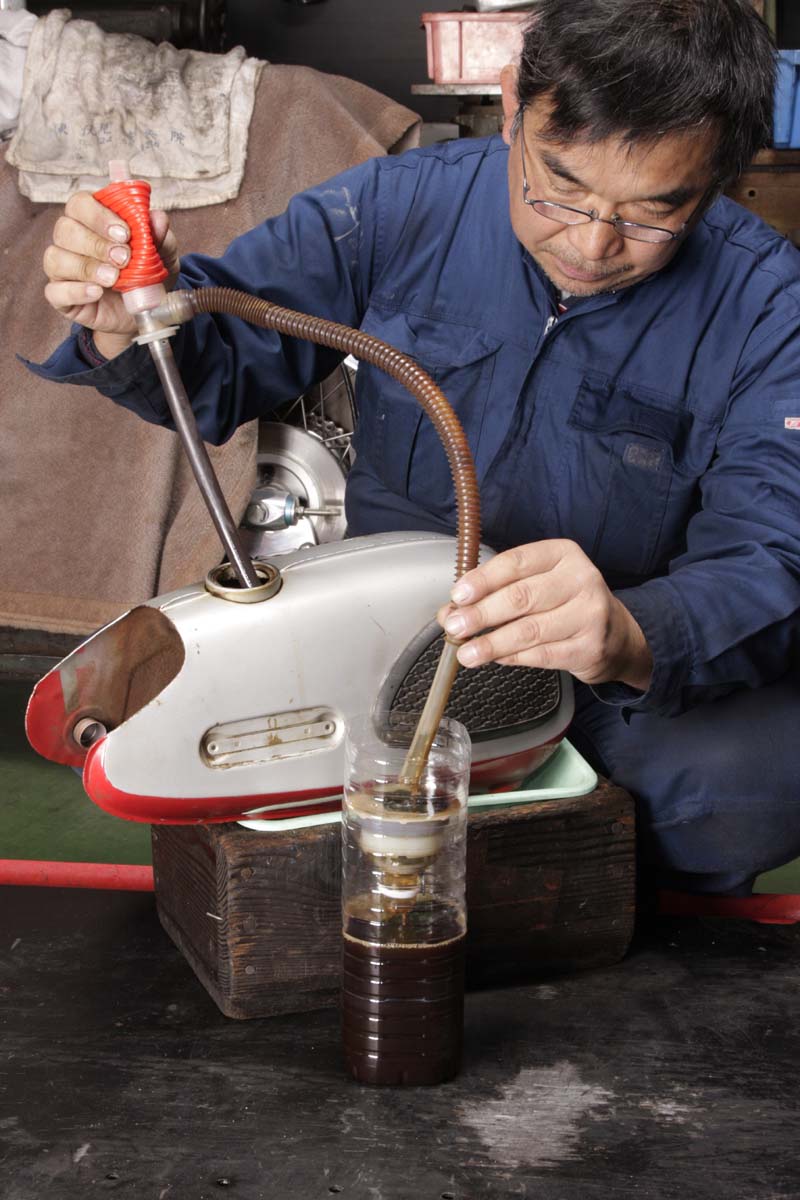 Refresh the parts with degreasing cleaning liquid or neutral detergent.

Remove the fuel system inside the fuel tank with a neutral detergent or commercial degreasing cleaner (again, reusing used liquid). If the tar and varnish of deteriorated fuel still remain, wash it again. 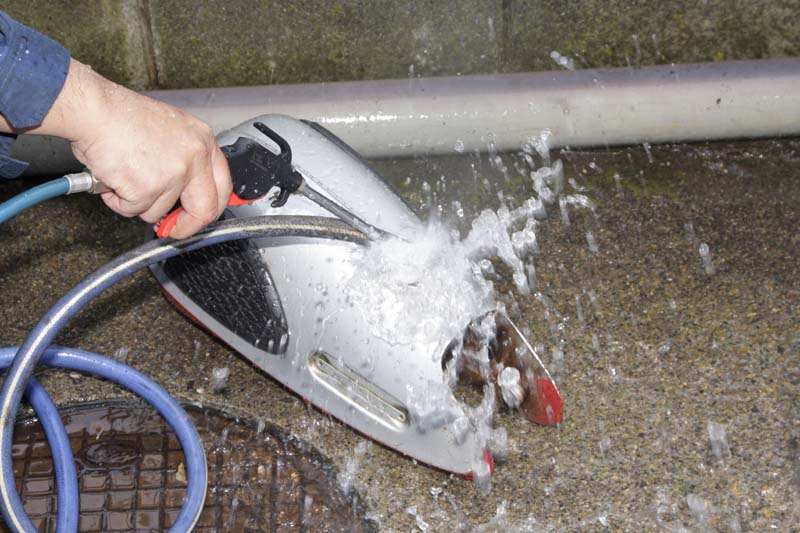 Finally, its time to practice rust removal in a full-fledged fuel tank with high-performance chemicals. Before that, let's rinse the inside of the fuel tank again with tap water and shine a light on it to check the internal condition. The important thing is to remove the dirt of "oil and tar" on the rust.

“Preparation” is the most important factor in removing rust from the fuel tank. As I mentioned in the previous setup commentary, (1) emission of rotten fuel. (2) Such as dirt by altered fuel, it is important to thoroughly remove before rust removal practice.

The large amount of waste fuel that has been washed can be stored in a carrying can or an liter can and used as an oil stain remover around engine parts and drive chains. The cleaning capability is extremely high. Please try it