Chrome plating, which is used for surface treatment of steel parts such as spoke wheel rims and pipe handlebar, has a feeling of dignity and luxury that is a bit different from the painted finish.

However, regular and continuous maintenance is essential to maintain the brilliance of metallic luster. Let's check the maintenance that you do from the usual and how to deal with when a little rust occurs. 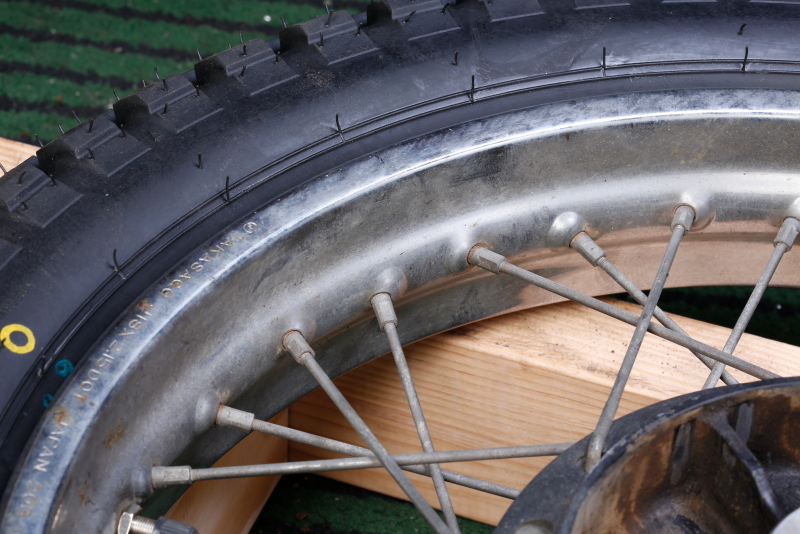 The wheels are often overlooked compared to exterior parts such as fuel tank at the time of motorcycle wash, dirt tends to settle while skipping. Even if it shines when wiped with a motorcycle wash detergent, it needs to be polished if it returns to a matte state when the water dries.

Chrome plating, which is attractive for its beautiful metallic luster, is used in various parts of the motorcycle, such as decorative bolts, fenders, and wheel rims, as a type of surface treatment for steel parts. Since chrome is precipitated using the action of electricity (electron) in the plating fuel tank, conductivity is required for the material, but chrome plating can be applied to plastic materials by performing electroless plating that does not rely on conductivity in advance.

Chrome plating focuses on the decorative advantages due to its high gloss, but it also has the same purpose as painting with paint to prevent rust. Although the contents of the paint are plastic, plating is metal, so it is also characterized by its high surface hardness and hard to scratch.

However, if you leave it without care, the surface will be dirty as well as painted parts. Besides, the dirt may extend not only to the surface but also to the interior of the plating. As far as the naked eye sees, it is a plating that looks like a uniform film, but if you observe at the microscopic level, there are countless fine cracks.

Some of the old parts have red rust generated from under the plating, which is the result of moisture penetrating from the cracks reaching the inside of the plating coating and reacting with the underlying metal. How long it takes for rust to occur on chrome plating is uncertain because it depends on storage conditions, plating quality, and film thickness.

However, you can maintain a beautiful condition by caring like other metal parts, such as not leaving the surface dirty or leaving it in a humid place.

Polishing with paint compound is possible 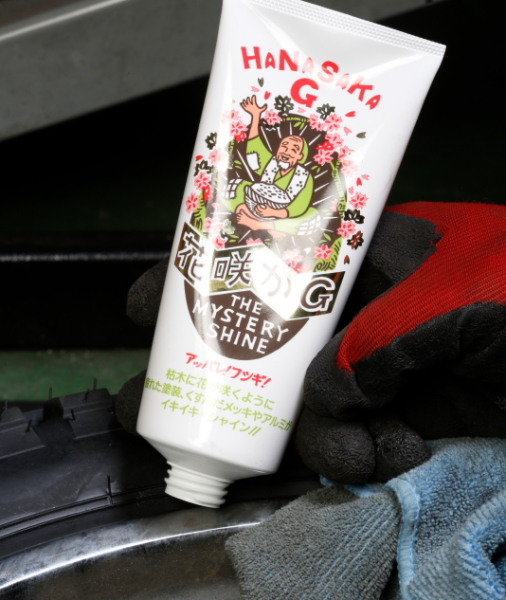 EI GIKEN Hanasaki G wax with the performance of a cleaner, polisher, and wax. It is clearly stated that it can be used for dirt removal, polishing work of cloudy plating, and dull aluminum parts, so you can rest assured. 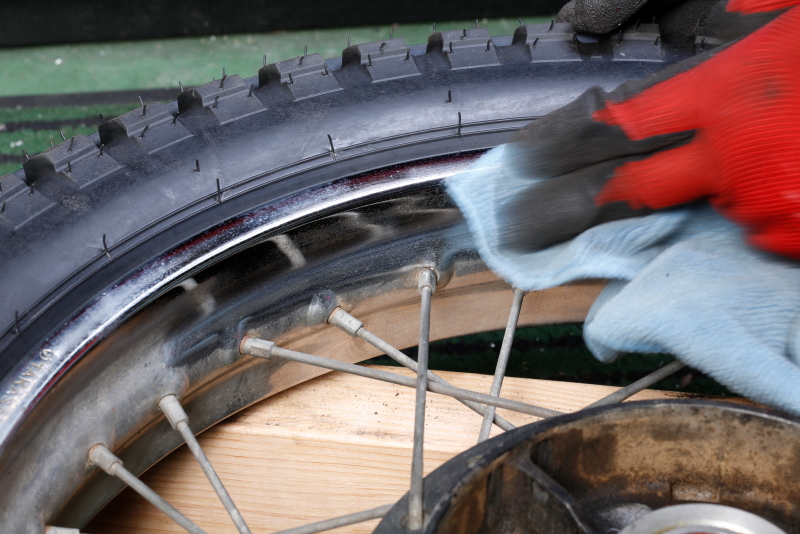 Gently rub with a soft cloth or microfiber cloth to remove any dirt from the plating surface and restore the metallic luster. Since there is a water repellent effect due to the wax effect after polishing, moisture and dirt is hard to adhere.

Chrome plating stains can be removed by gently rubbing with a detergent, sponge, or waste cloth for washing a motorcycle as well as a fuel tank or cowl if the dirt is mild. On the other hand, if the plating surface is covered with a film of dirt and becomes cloudy, it may not be possible to clean it with just a motorcycle wash detergent.

In this case, you should use stronger chemicals.

If you use a chemical like a compound, may the plating be damaged? And you might be worried. If you rub it thoroughly with a powder type cleaner for the kitchen, there is certainly a chance that it will be scratched. However, since the wear resistance of plating is stronger than the coating film, it does not scratch by the degree of rubbing with a compound that can be used for the painted surface.

However, if the wheel rim with fine gravel attached to the surface is applied to the compound, there is a risk that the gravel becomes abrasive and damage the plating, so dirt and gravel are removed by washing with water as in normal motorcycle wash.

Here, the rim which does not remove the film of dirt with detergent and sponge was polished with a paste-like cleaner chemical, and the gloss unique to chrome plating was easily revived. If you use a cleaner containing wax components, it is recommended because dirt can be hard to get on and rust can be prevented.

If you carefully polish the rim once, you can easily clean it when it gets dirty next time, and if you get into the habit of polishing because you are concerned about the plating being cloudy, you can keep your motorcycle beautiful, so you can get both at once. 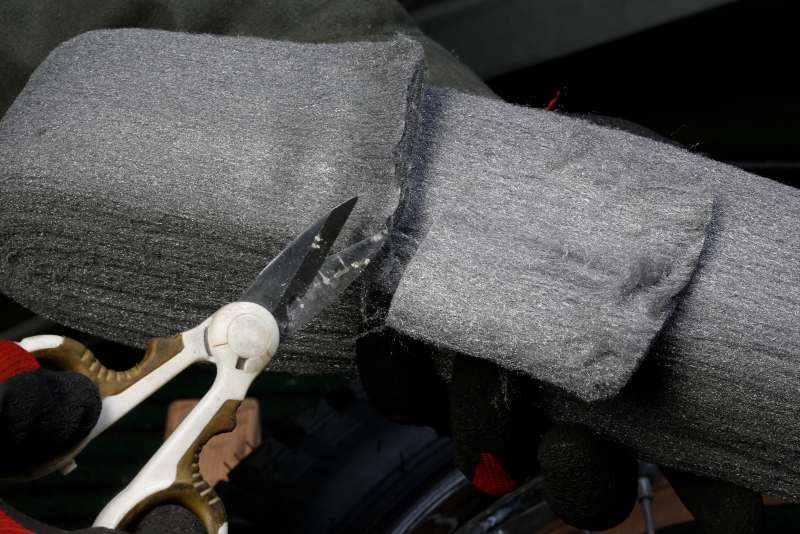 Steel wool is used not only to remove dirt from the kitchen but also to polish metal and wood as well as sandpaper. The fineness of the eyes is classified according to the difference in grinding power, and it is recommended to use the product with the finest eyes (0000# for a typical product, BONSTAR) for removing chrome stains and removing rust. 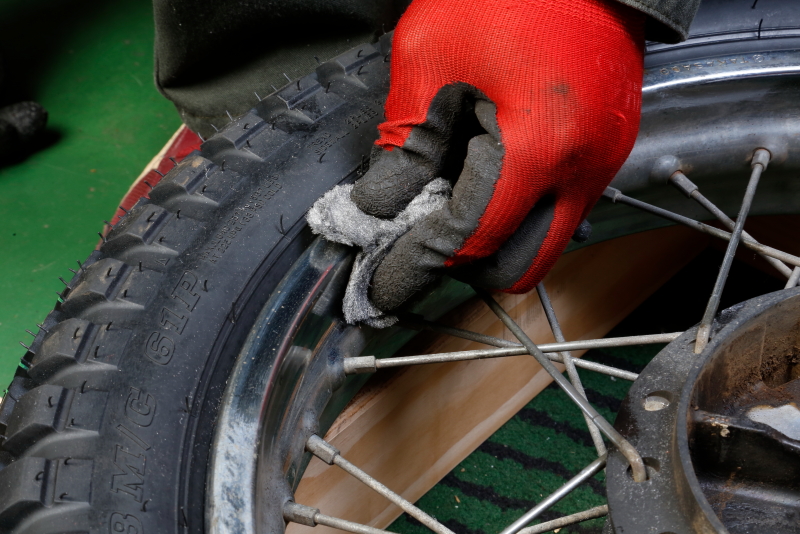 The steel wool sold in a roll shape is cut out to an appropriate size and rubbed while spraying the rust lubricant, the plating surface is smooth depending on the depth of the rusted root. It feels like rubbing the painted surface of an automobile or a motorcycle with iron powder removal clay. Please note that rubbing in a dry condition without a lubricant will cause fine scratches.

For parts that have been in production for decades, moisture stained from cracks on the surface may reach the steel of the base material and the chrome plating film may peel off on a scale, and when this happens, there is no choice but to regenerate plating.

However, if it is the stage where red rust comes out in the dot shape on the plating surface, there is still something you can do.

In such a case, it is a little rough, but it is polished with steel wool. It is important to choose as fine an eye as possible because steel wool also has a difference in the roughness of the eye as well as sandpaper, and if the eye is rough, it is more likely to damage the plating.

Also, when using steel wool, it is important to use a spray with anti-rust lubricant to improve slipping on the plated surface. By using a lubricant, it is possible to reduce the damage caused by steel wool, which is fibrous iron.

At first, even if by rubbing with a light force enough to slide on the point rust of chrome plating, the dirt adhering to the surface should be scraped off cleanly and metallic luster will appear. On top of that, when the rust part is polished with a little force, it is removed so that the point rust is entangled. If you trace the part that there is point rust with your fingertip, you will feel a snagging, but after polishing with steel wool, it is a pleasant feeling that the snag is no longer and it becomes smooth.

However, when the ability to polish well gradually becomes stronger, a fine scratch is on the hard chrome-plated surface and it becomes cloudy like frosted glass, and it is necessary to be careful because the gloss does not return even if it is polished with a compound because it is hard. Also, even if rust is removed, it does not fall to the rust of the steel material itself on the inside of the plating, so regular and continuous care is necessary.

Be sure to clean your motorcycle before the dirt is noticeable, and then gently clean it with a compound or cleaner to maintain the chrome-plated condition that will make your motorcycle shine. 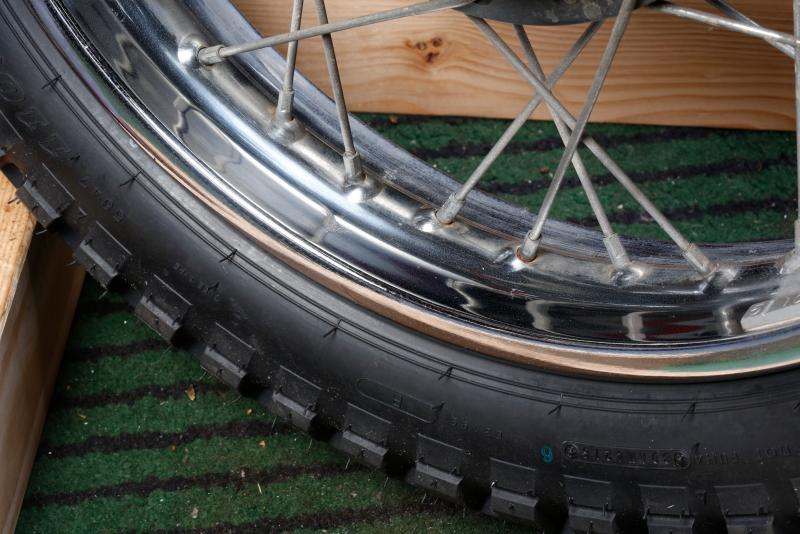 The traces of point rust remain in a spotted shape, but the appearance has improved considerably because the red rust disappeared. There are many cases where the rim of the vintage motorcycle and out-of-print motorcycle which seems to need re-plating at first glance recovers considerably by steel wool polish.

ONE NUMBER, ONE STORY – THE SECRETS OF TATI TEAM BEAUJOLAIS RACING
The H2 series is awesome!The key to handling is the frame.