What is the aim of SUZUKI Moto GP machine GSX-RR carbon tension frame?

In the frame of the SUZUKI Moto GP machine, GSX-RR, which is reported to be good, carbon fibers are set up in the main member section since the middle of last season. In addition, carbon is stretched also on the upper surface of the upper bracket. Even if it is stretched, it seems that it was hardened in the furnace, similarly to the manufacturing method of dry carbon which hardens carbon fiber impregnated with resin with heat, rather than sticking it with an adhesive.

About its effect, it seems to be said that it is a fine stiffness adjustment. Since the rigidity is influenced by the direction of carbon fiber, its possibility is also high. But for that, carbon fibers should be covered continuously from the head pipe to the pivot, and the central part alone is insufficient.

So the thought that flashed on my mind was whether it would be a damping effect to converge the vibration due to the bending of the frame.

As mentioned in the column "The aim of carbon adoption to the BMW / HP 4 race was not only weight reduction - Part 2", the carbon fiber has a high vibration damping effect and it does not amplify even if it flexibly changes , The behavior was stable. From that experience, I thought that GSX-RR is also aiming for that effect. Although it is a composite material of different physical properties, it can be said that it is hard to resonate.

In fact, according to SUZUKI engineers, it is said that the stability when breaking into the corner and thrusting deeply improved. Even if the motorcycle body is afraid, I think that behavior will not be continuous and will fit in. Moreover, when using the tire to the grip limit, it may be that it is difficult for the flame to resonate with sliding intermittently intermittently.

Parts that increase the damping effect are already on the market

In a four-wheel sports motorcycle, strut tower bars that increase body rigidity may be used by connecting right and left front suspensions (struts) to cross the engine room. In recent years, it is not just a reinforcement maver, but things that use dampers there are popularized, as genuine parts from manufacturers are also prepared. It is enhancing the damping effect.

In this same way of thinking, reinforced parts with dampers are commercially available from Y's Gear for some models of Yamaha. I tried it with SR 400, and I was surprised by the dramatic improvement in high-speed stability. 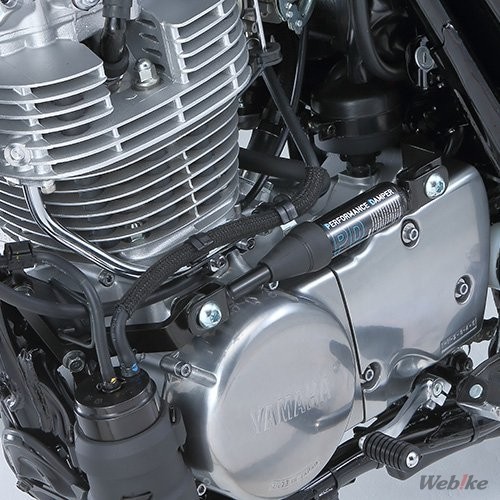 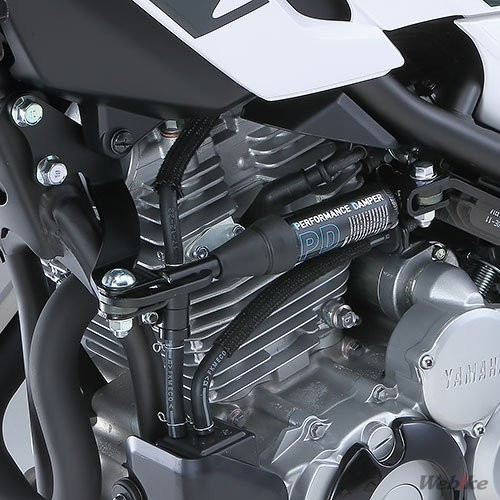 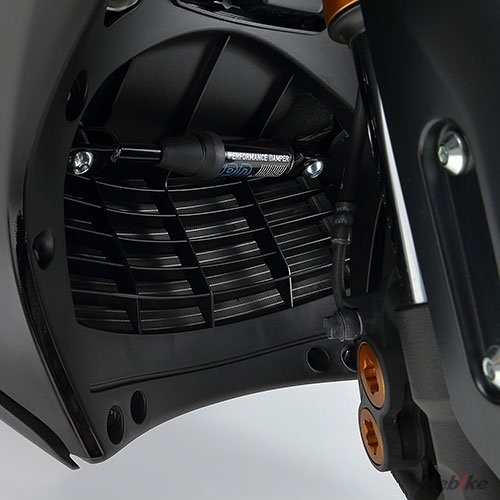 That's why the motorcycle body of a future bike can not be regarded as evolving so as to obtain excellent rigidity characteristics without depending on such a device.