Webike Community "Let's Talk About Your bike! From the campaign, here's an enthusiastic narrative from "AG" on his NSR250SE!
I'm the owner of the NSR250SE, so I know the good and the dissatisfying aspects of the NSR250SE. He told us about the in-play review.

Bike history: 26 years, I've been riding and touring in the NSR on the mountain passes.
Many of the motorcyclists around me are large displacement bikes, so I use rental bikes for touring and mass touring in the distance.
I run multiple blogs and I rent a different model of bike almost every time I rent and in-place.

When I was in high school and got my driver's license, it was the last period of two-stroke bikes and there were still a lot of two-stroke bikes on the used market.
After that, I got a large license and rode various bikes, but I missed the sound, smell and acceleration of 2-stroke bikes, so I rode Aprilia RS250 and NSR250R (MC21).
And after that, as you know, the price of the 2-stroke bikes went up quickly and became hard to come by.
The sound and smell of the 2-stroke is a must for anyone who wants a bike. I missed the acceleration and I couldn't get enough of it.
Speaking of nostalgia, I thought my first TZR250R was a good choice, but old cars that are more than 25 years old need restoration and maintenance before I can run them in the future.
So I decided on the NSR250R, which has a large amount of resale parts, external parts, and used parts in circulation, and I was looking for Then I found a bargain. I sold the Z1000 (2010) I was riding at the time and got it.

This is a great bike to ride in the mountains.
You can switch from a big-displacement bike and not complain about the power, and the lightweight and peppy performance reminds you that it's fun to ride.

The NSR250R has more torque at low revs and is easier to ride than other 2-stroke bikes, but of course it's a different story when you switch from a 4-stroke bike.
You have to keep the torque band and enter the corners to keep the accelerator control and turn, and because it's lighter, it's harder to get traction.
But once you understand this and can ride fast, it's a lot of fun. And the high-pitched exhaust sound and the smell of oil is very exciting.

One of the attractions of the NSR250R is that there are relatively many exterior parts that can be bought in the current version.
I changed the fenders, seat, etc. to make it more to my liking. 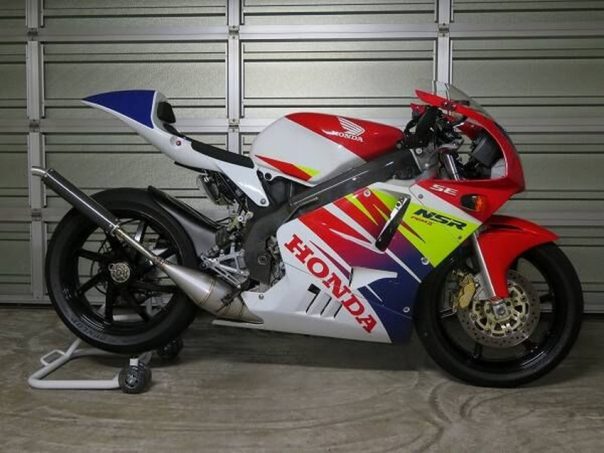 It is not suitable for long distance touring on the highway or for touring with many people.
The risk of engine seizure increases if you run at high rpm, and plug kabobs and oil splatter are a concern when running at low rpm.
The engine requires regular overhauls of not only the crank bulkhead seals, but also the piston rings and water pump gears, which can be time-consuming and expensive.

I've changed the seat rails to make the seat height a little higher, but he said it would still be easier to ride even higher. I think. (5'6", 60 kg)
The stock suspension is comfortable to ride, but a little firmer is better for the mountain passes.

I don't like the fact that the seat cowl is round and big because the stock is like the GP racer NSR500 of those days.
And the coloring of the 90's is too flashy. 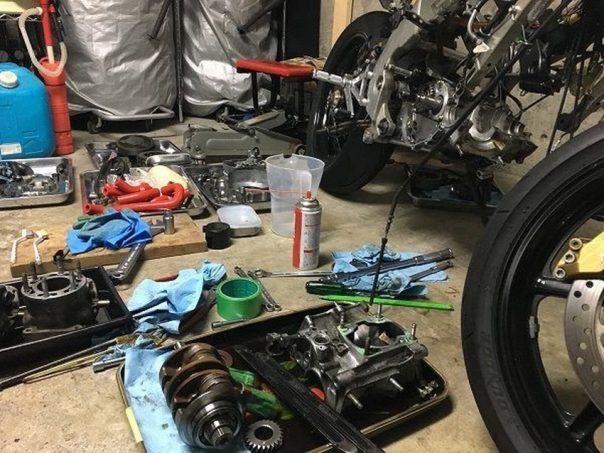 I rode various bikes for more than 25 years, and the bike I ended up with was NSR250R.
Maintenance and repair are difficult and troublesome, and also cost money, but after all, if a two-stroke bike rides once It's an addiction. If I let go of it now, it will be very difficult to get it next time, so I'll take care of it. 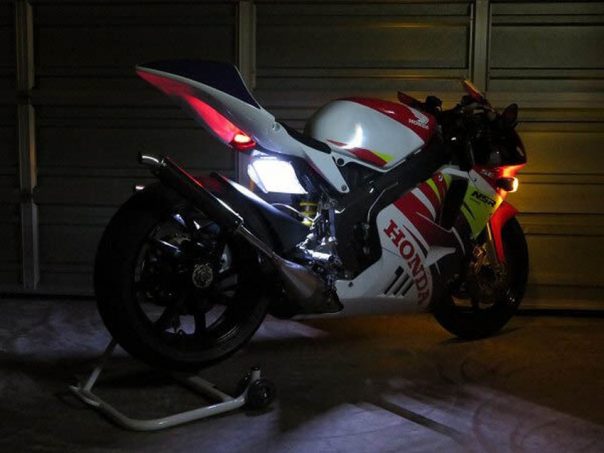 [Hornet 900 Review] The youngest and oldest son of the Hornet series. “Let’s talk about my bike, Webike users!”
DIY! How to Remove Rotten Fuel in the Carburetor by Chemicals!