Webike Community "Let's Talk About Your bike! From the campaign, here's a passionate narrative from "Yakinori," who rides a Hornet 900!
He told us about his in-play review of the Hornet 900, including the good parts and the frustrating parts, which he understands because he's the owner.

I've been riding motorcycles for four years. I usually enjoy touring for the pleasure of riding on the mountain roads and good roads along the sea.
I like to go to the mountain passes and forest roads where there is not much traffic.

I was looking for a bike with the following criteria
1.It should be a large sport bike.
2.Light and good footing.
3.It should be a relatively orthodox naked style with round eyes and one eye.
I think that it is not such a severe condition, but I think that the specification is good at the time of purchase, but the design is a strange one. The Streetfighter was the only one available from each company. (Nowadays, I wonder if the Z900RS and CB650R would apply.)
In this respect, the CB900 Hornet was the ideal sport bike, following the style of the orthodox CB but with the engine of the CBR900RR.

It is very easy to ride and can be called CB900SF although it is mainly used for touring of about 200-300km for day trip.
The fuel consumption is a shocking 24km/L! Isn't it not much different from the Hornet 250?
The ease of riding and the fuel efficiency of the bike helped me on the 850km day touring trip.

It's a very easy bike to ride, but the engine is from the CBR900RR.
You can feel a glimpse of the SS if you turn it, even though it's closer to low and medium speed. It is lightly laying down and can run the mountain roads with ease.

The design around the rear is one of the best features of the Hornet 900. It's the only one in the Hornet series to have two up mufflers. The taillights are also quite sharp, unlike the 250 and 600. The aggressive rear area is very attractive.
In contrast, the front of the body is a very familiar CB, and if you don't look at the back, many people won't even notice it's a Hornet! I think.
Although it is a compact body, the glamorous tank, the huge engine that protrudes, the long and powerful A certain tail and a ticked up muffler. I doubt there will be any bikes of this design in the future or before this one. 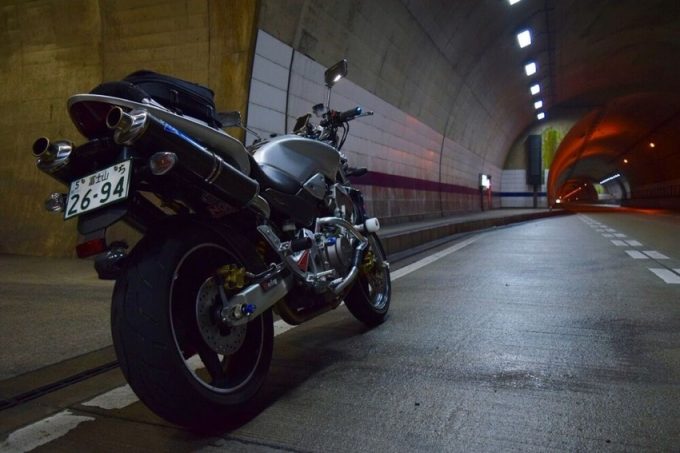 It's difficult to carry a lot of luggage when touring long distances.
Combined with the mono backbone frame, there is no space under the seat at all.
Since it's an up muffler, side bags and pannier cases need to be worked on as well.

It is comfortable on mountain passes and highways, and there is no problem on narrow streets in the city because it is relatively compact despite its large size.
If I must say, it has a little bit of a sticking point of the accelerator. It may be because it is an early FI, but I think it has a bit of a hard edge to it.
And the stickiness in low speed range. If it sticks at low speed a little more, it becomes easy to run a forest road.
(Although I think that no one tries to go to a forest road with a 900cc 4-cylinder motorcycle...) 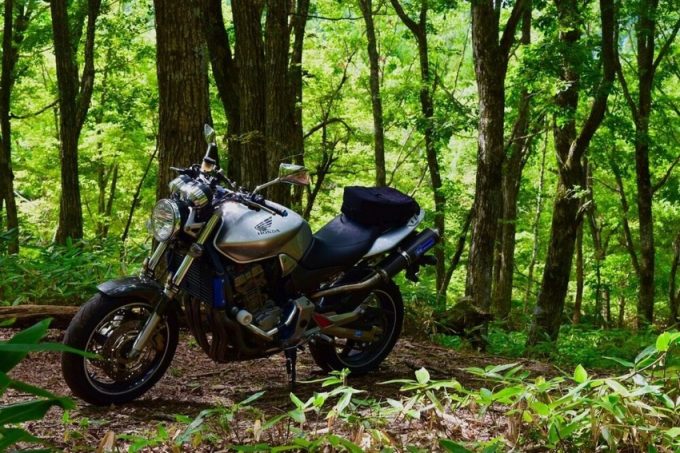 No complaints about the look!

To be honest, it's not as good as the current model in terms of specs.
But as for the design, I think that the charm which is hard to be replaced by the other motorcycle is packed.
Moreover, it is rare in spite of being easy to ride and normal motorcycle.
If you like unusual bikes, or you are attracted by the design, the time you come across a good vehicle is the time to become an owner. This is your chance to be! 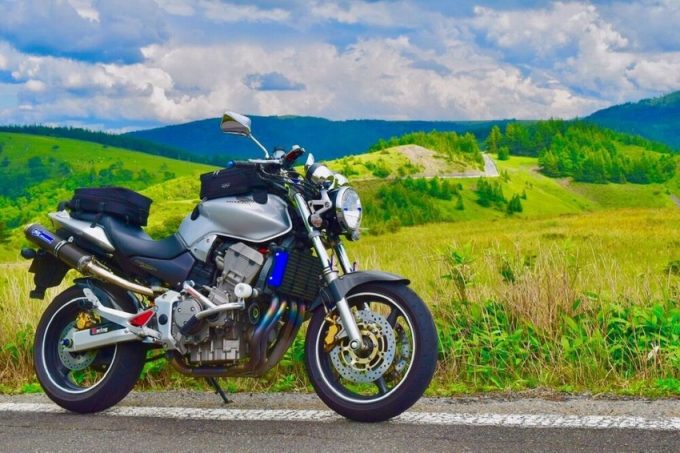