I was actually given a chance to ride the motorcycle of Zero Motorcycles, which I visited during my eMoto Online US tour. And that is the SR / F, currently the world's most popular motorcycle.

It can only be represented as an interplanetary warp.

This test ride lasted about 30 minutes, but I was able to fully enjoy the California mountain pass with less traffic. In fact, the full acceleration when I switched to Sport Mode was totally shocking. It's hard to explain in which I can only describe as if this is the moment when a Star Wars spaceship going through a warp. 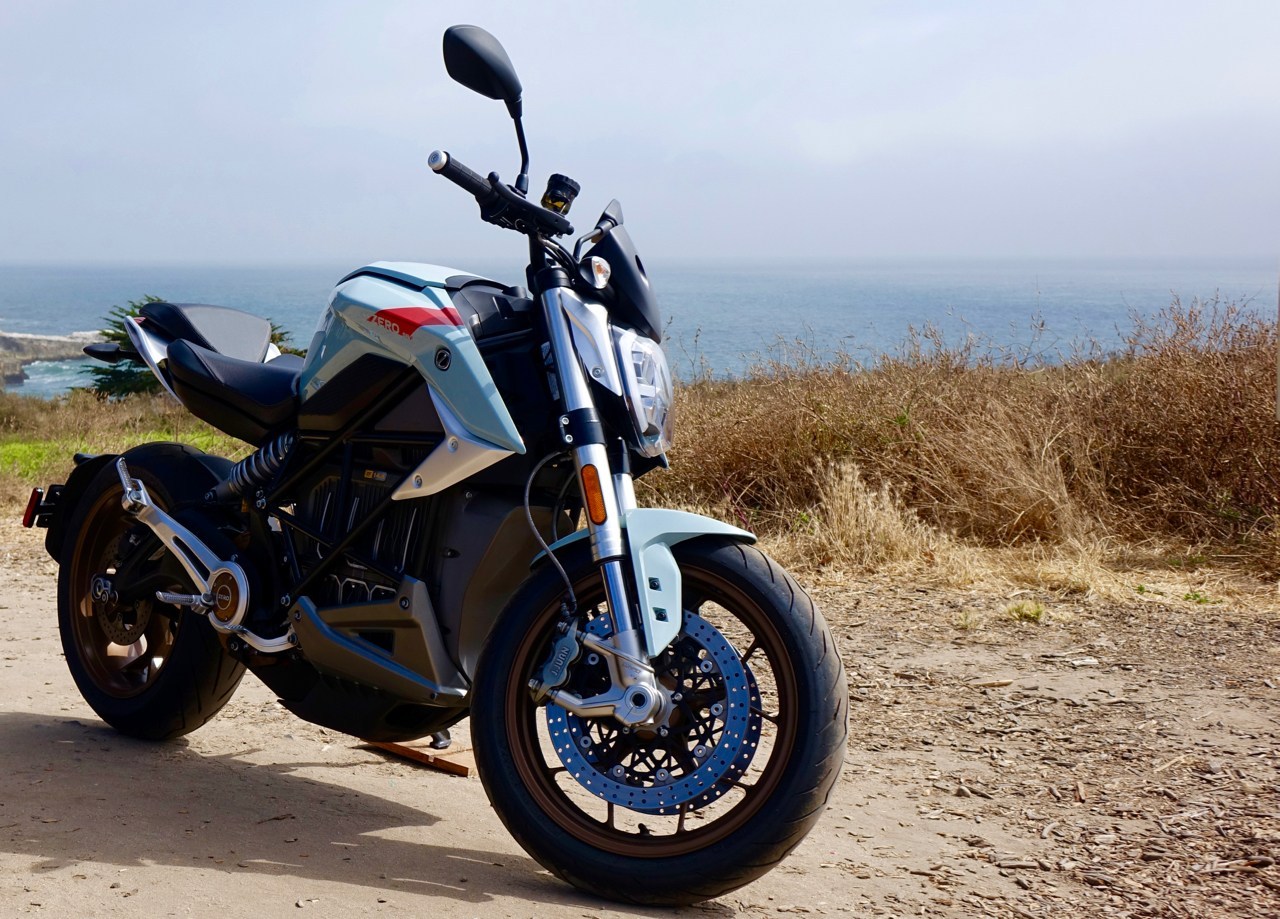 The SR / F stands here in a normal way, but it is the beast of prey when I rode its body.

All performance, price, and design are indicated

This model is a benchmark for the future of the electric society that Zero Motorcycles is sending out.

It was an embarrassing start when I mistakenly press the mode selector switch and blinker switch because of too much excitement, but it is easy to ride once you get going. 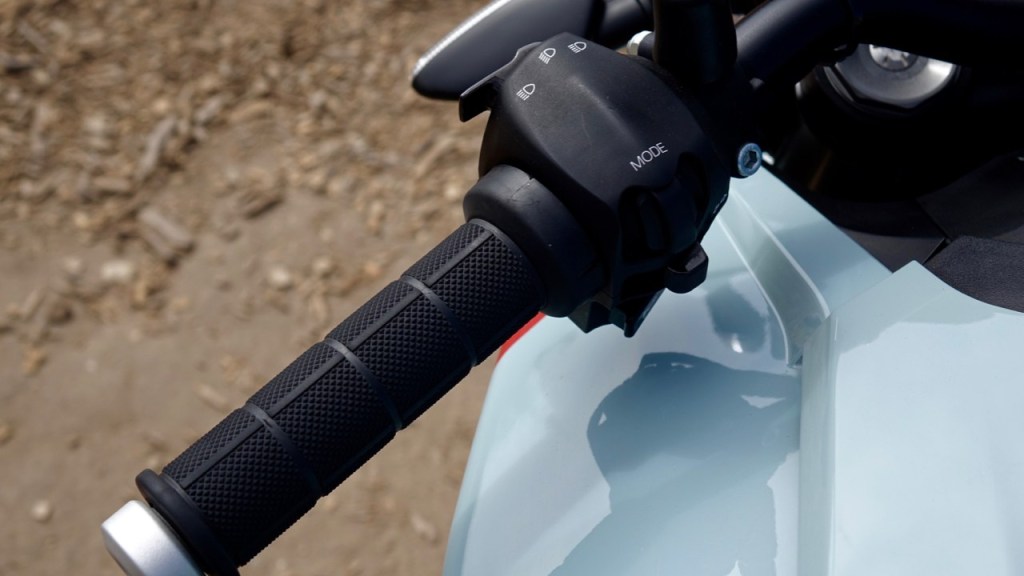 The blinker switch is under the mode selector switch.

I started in Eco Mode at first. Dan, the publicist, who works for a public relations firm also said to please do not use the Sport Mode all of the sudden. (We'll figure it out later.) 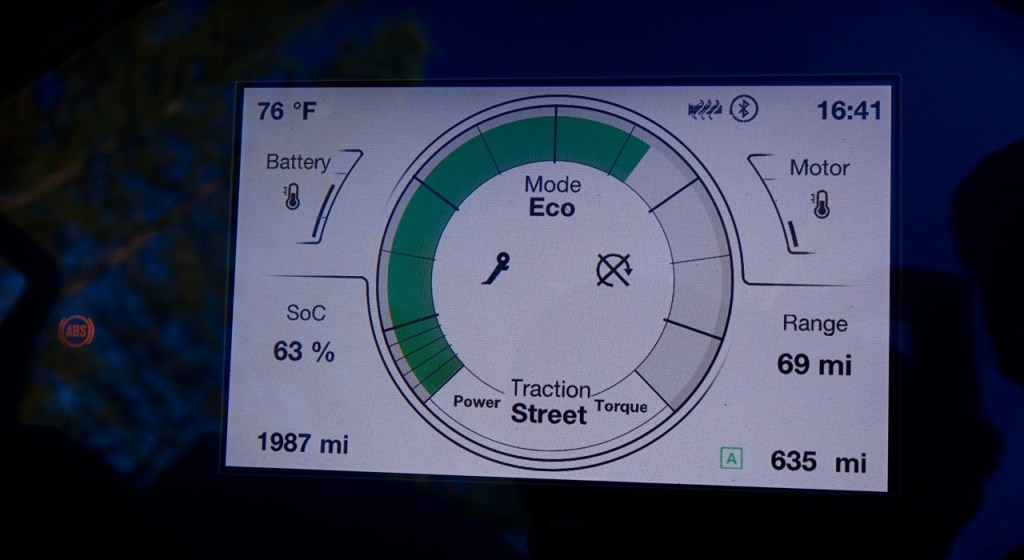 The Eco Mode is really safe. The acceleration is not particularly fast, but it is enough. Regenerative braking is also effective in terms of specification, so it will decelerate like a 4-stroke when the accelerator is returned. 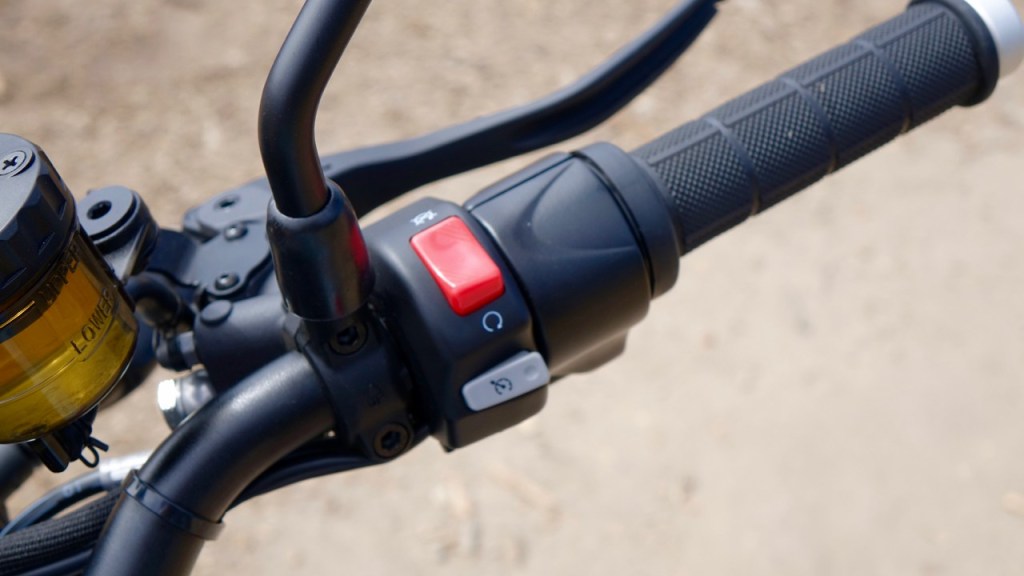 The accelerator is also simple. A cruise control switch is used instead of a starter.

From the town of Scotts Valley over a mountain pass where Zero Motorcycles' headquarters located, I was trying to get accustomed to the traffic and motorcycle in Eco Mode, but I immediately switched to Street Mode since I could ride normally without too much trouble.

The mode can be switched with the accelerator off even while driving. 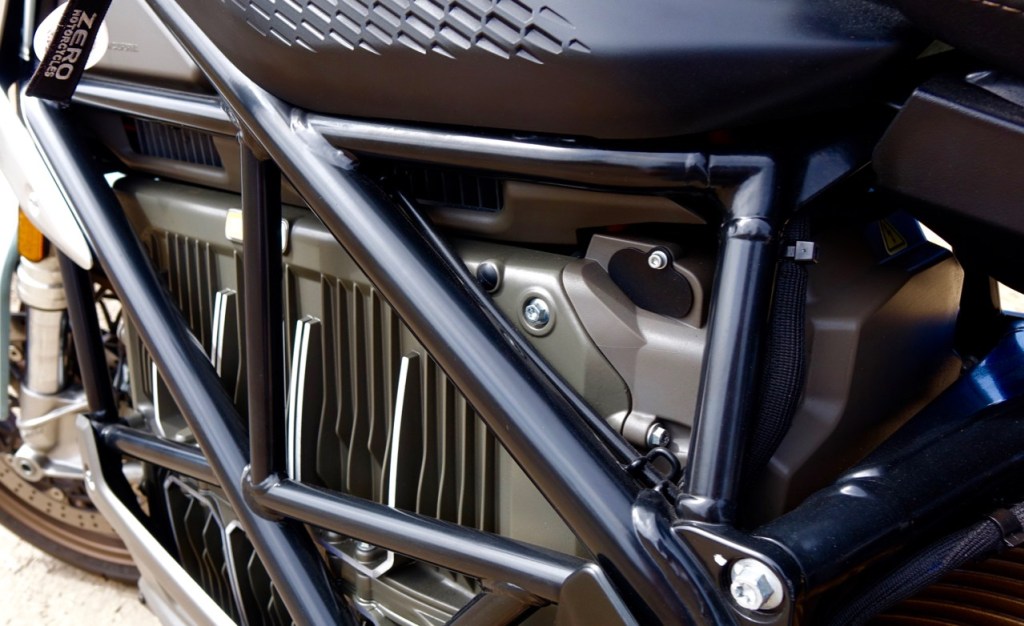 Both the frame and the battery are cool

After switching to Street Mode, the engine accelerates as if it were "electric!" when fully accelerated. It is a similar feeling to the Zero Motorcycle SR which I took a test ride last year. The Zero Motorcycles SR / F will be likely to exceed the legal speed at a stretch with acceleration like a sudden 2-stroke power band.

The regenerative braking is less effective, about the same as the engine braking at 4th or 5th-gear on a 4-stroke engine. It is just right for speed adjustment to be able to adjust the speed according to the flow without using the brake.

You need to get accustomed to it, but the application also allows you to adjust the effectiveness of the regenerative braking, so you don't have to worry if you adjust its mode according to your liking. 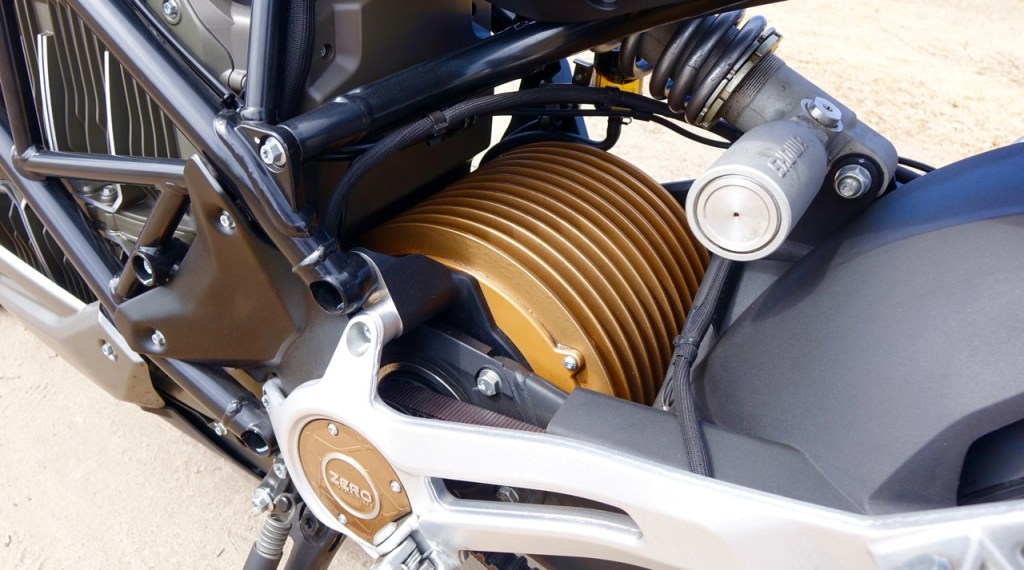 This motor makes it possible to warp in different dimensions

Swinging the motorcycle to the left and right is not so heavy, and it seems to be no problem for everyday use. We have a guide even though it is a mountain pass, and I'm also a touring rider, so I'm not riding with my knees, but I didn't feel the motorcycle dragging me around small corners.

When I was riding in Street Mode for a while, I went from a mountain pass to a highway that looked like a bypass. There is almost no other traffic, and I switch to Sport Mode in spite of tension... 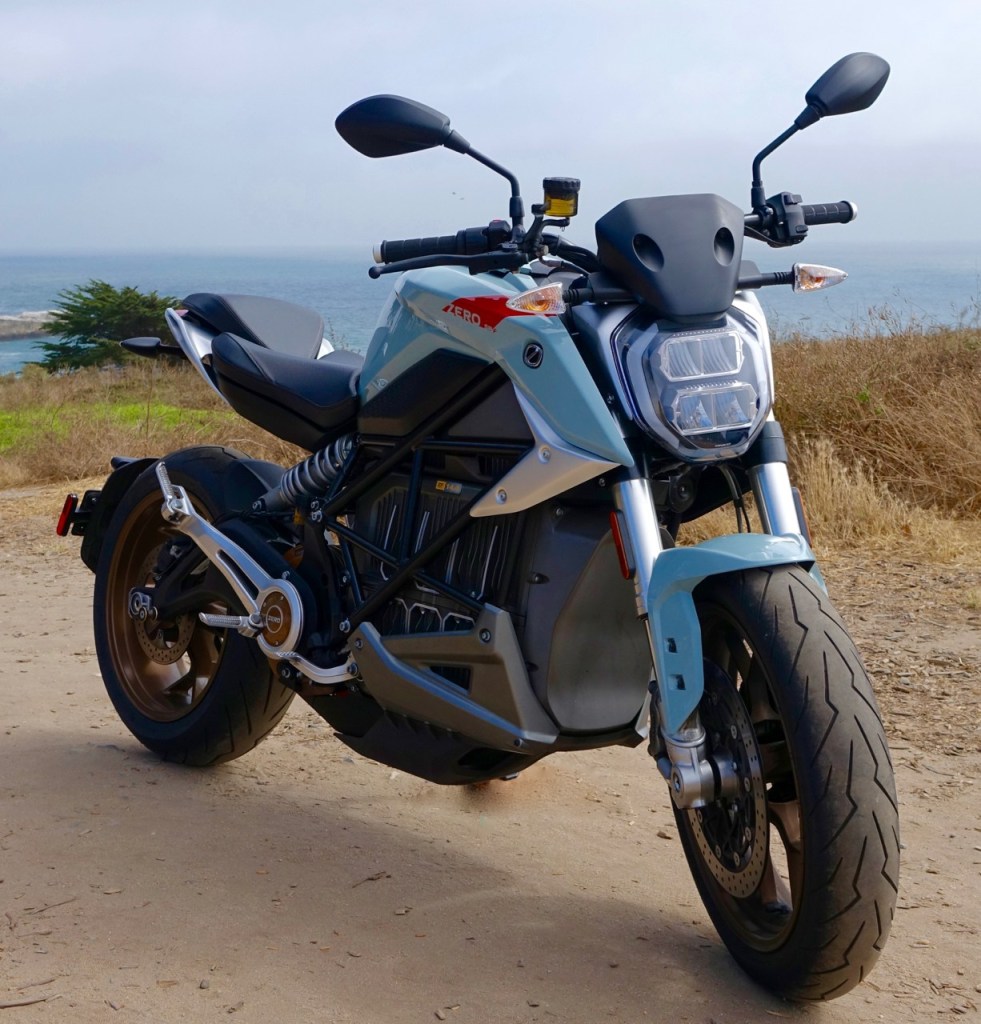 The gap between this refreshing color is amazing

I slowed down and let the lead motorcycle go ahead of me, then I accelerated at full throttle!

It was dangerous! I have to return the accelerator! 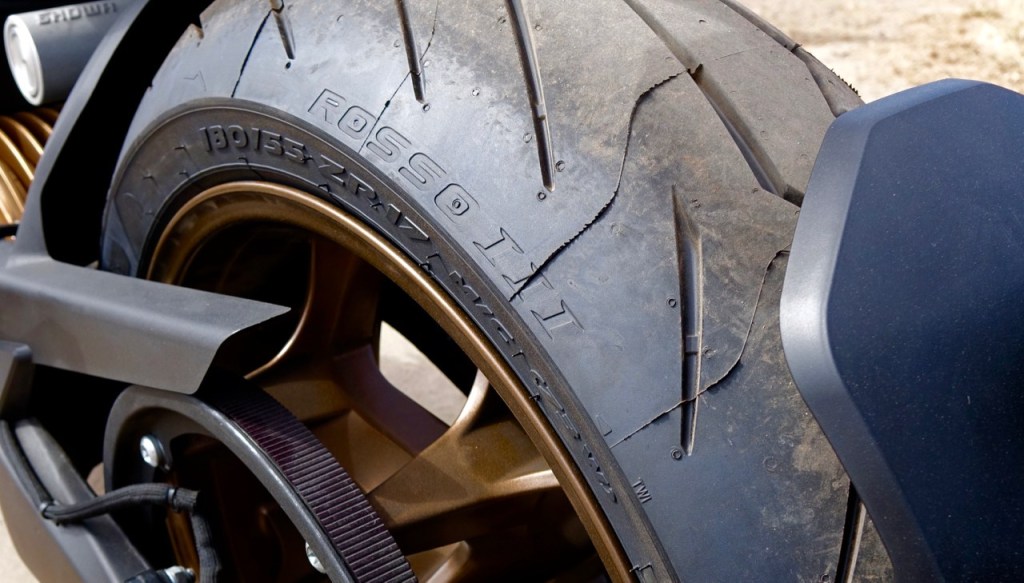 It was the first time I felt that tires were really important.

I would like to apologize for not having enough words. I can't express it.

Again, I accelerated at full speed.

I'm too fast to keep up my brain!

But I'm curious, so again I accelerate at full speed.

I don't understand after all.

I can't change it into my own words.

I arrived after a few repetitions.

The result was let's just do this on the circuit.

Later, I was convinced as to what Dan told me that "It was like skydiving, wasn't it?". 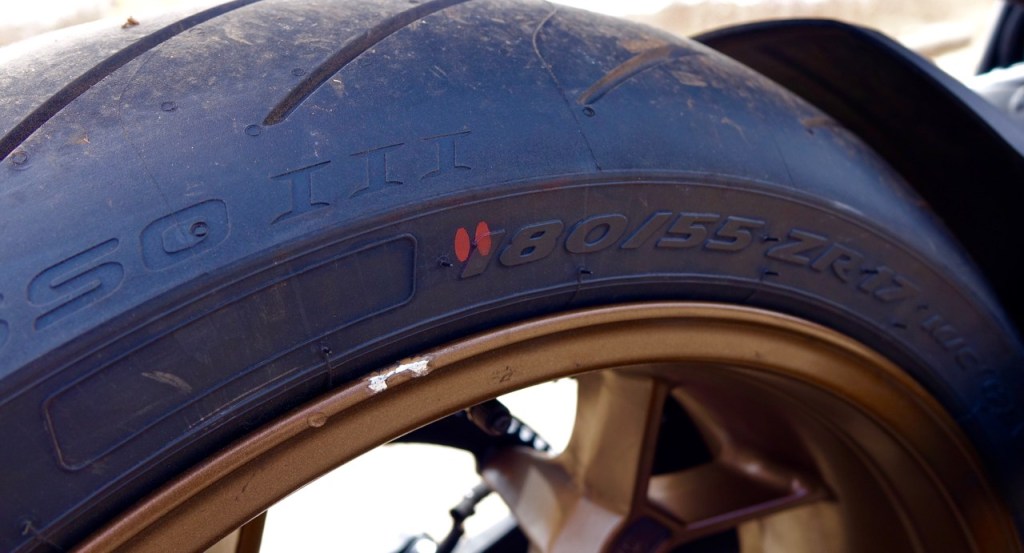 I'd like to be able to use this tire all the way to the end.

As for full acceleration, it is fun but too fast to control. That's enough. I could tell there's still room for improvement with electric motors, but there is no need for further acceleration. There are some who don't keep their head on, but I don't have the situation to use this speed on public roads. On the contrary, I would like to leave the excitement behind as it seem has the potential to be fully enjoyed on the circuit.

I don't feel any disadvantages with the engine.

Since then, I tried various turning and braking, but I can not find the problem. If I say strongly, it is difficult to adjust the accelerator opening when you want to accelerate a little (it is not possible to release the output immediately with the clutch). It seems to be able to change to a certain extent by an adjustment in the app, so you may like it if you own this motorcycle.

It is not limited to this vehicle, but the strength of the electric motorcycle is that you can easily adjust the machine to your own preferences using an app and the dealer. Since the mode can also be set by custom, you can change it to all-mighty according to the purpose such as daily commuting, weekend touring (cruising priority), and circuit riding (output priority).

You can also put a bracket.

This SR/F has HONDA's positioning as CB400 that comes nicely in terms of eMoto Online (The acceleration is CBR1000). It is easy to handle for beginners and has enough riding power for experienced riders. In other words, you can do everything with this motorcycle. And it's a model in the midst of a motorcycle, where nothing else is needed.

As for charging, if you add an optional fast charge, it can charge up to 95% in an hour, so you will not worry about the cruising distance if you repeat charging during lunch break or recess. 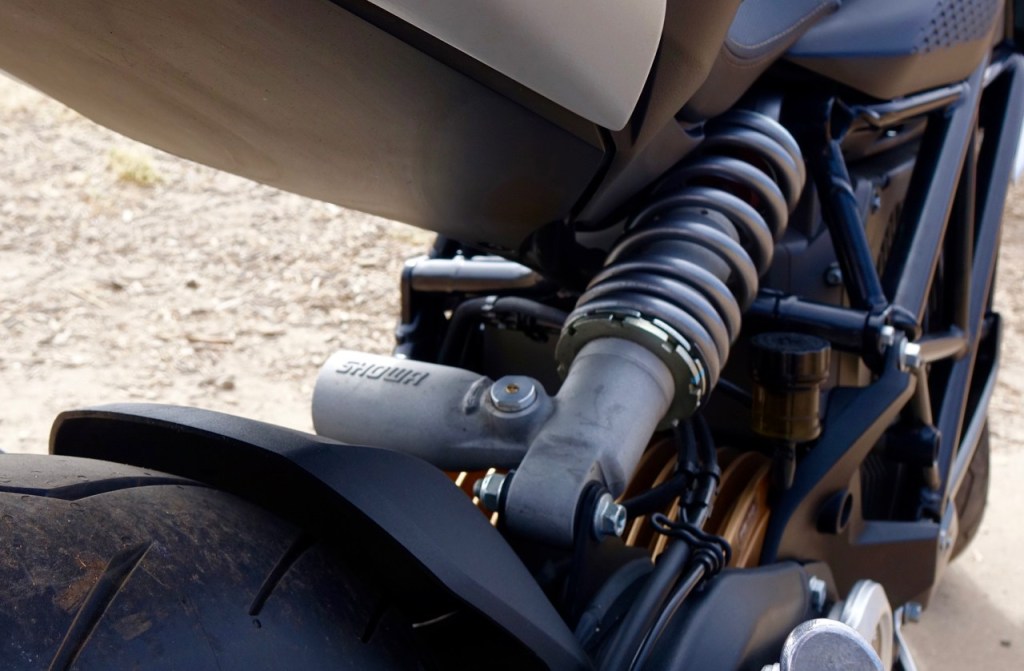 In fact, it has the potential to become a strongly recommended motorcycle for the average user considering the price, cruising range, and even maintenance costs. The availability of charging facilities is also an important factor in the spread of electric motorcycles, but I thought this motorcycle would be good on the motorcycle standpoint.

It has no poor texture that is often found in the electric motorcycles. The quality is comparable to the existing engine motorcycle. It is fun to use the app to find your favorite settings, and you can change the settings again if you change the way you drive or technology. In other words, the fact that you can finely tune a motorcycle to your liking at any time with a single app is a great attraction and will improve your skills as a rider.

ONE NUMBER, ONE STORY – GERT56 BY GS YUASA
KOHKEN Hex Bit Socket Can Hold a Cap Bolt with Exquisite Friction!