The CB190X is a small adventure motorcycle sold by Wuyang-HONDA. It was previously sold by China HONDA under the name CBF190X, but it has been reintroduced with a model change. It's inexpensive but comes with a box and USB port as standard equipment, making it ideal for touring use. Not only its name but also the equipment has been greatly upgraded, making the motorcycle noticeable.

The CBF190X appears to be quite wide with the installed side box, but the body is slim. Even with the box on, there is no particular problem in handling since the maximum width is the mirror portion.

The weight of this motorcycle surprised me! It weighs only 148kg without the BOX. It's so light anyway when manipulating it.

The sound of the STD exhaust system is very quite. 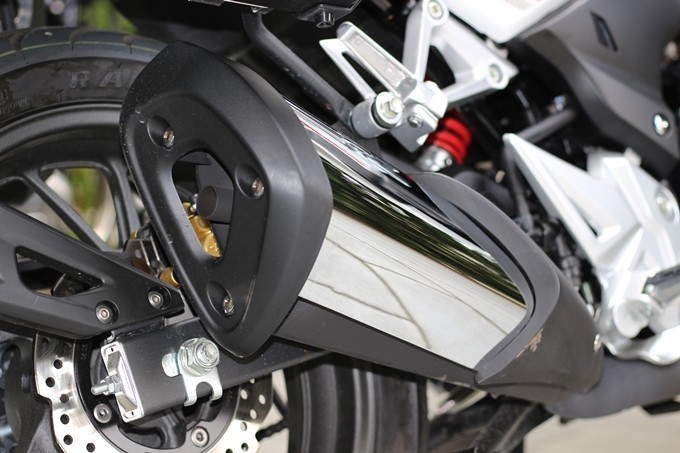 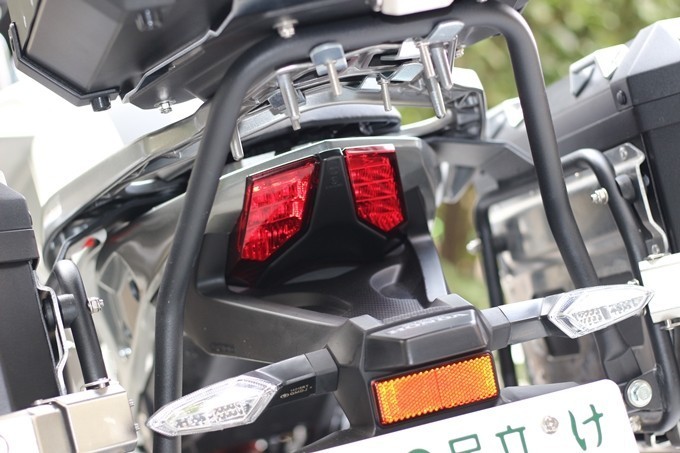 The visibility of the meter with a glowing backlight in blue is very good. The meter displays everything you need, including a speedometer, fuel gauge, ODO, TRIP, and gear indicator. Personally, I wanted a watch in the meter because it's the adventure bike. 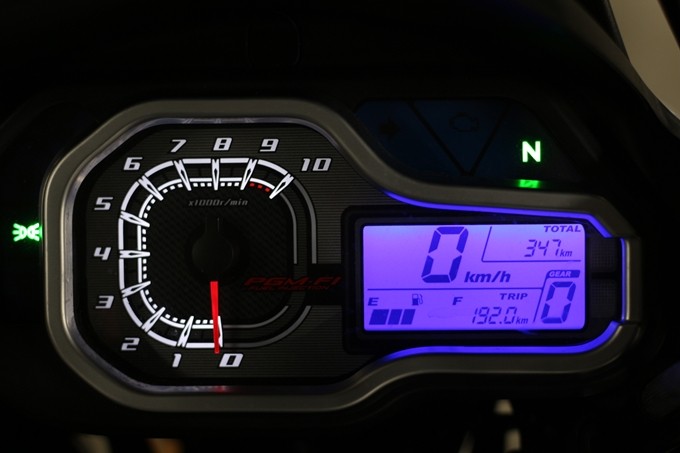 The switches are not particularly noteworthy equipment, but knuckle guards are installed to the handlebar as standard equipment. I took a test ride on a very cold day, but thanks to the knuckle guard, I was able to prevent the cold wind from hitting my hands. 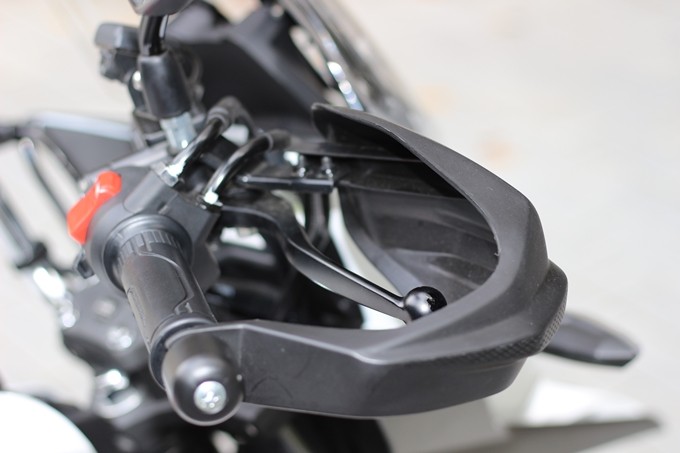 The handlebar is quite uphanded on the photo, but you can get a very natural riding posture when you actually straddle it. 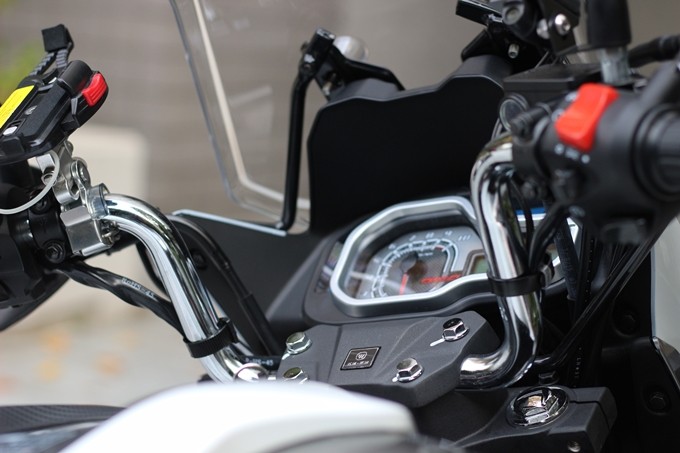 Glad to have protectors equipped on it.

The engine guard is also equipped standardly, so you don't have to worry about traveling on rough roads. 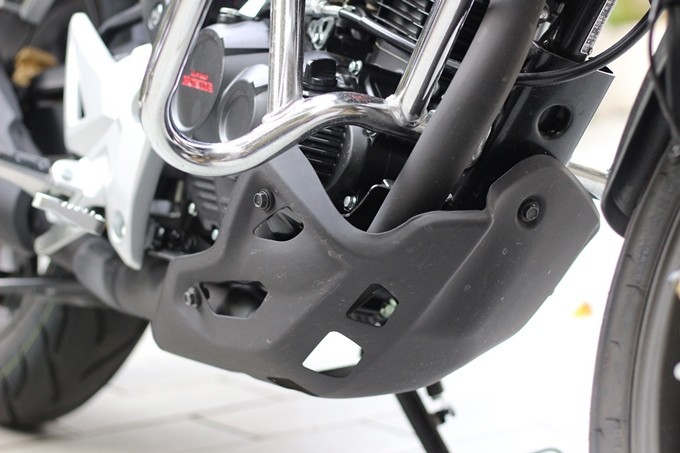 The benefits of box standard equipment are great after all

The main feature of the CB190X is that the top box (35L) and two side boxes (19L) have been installed from the start. Moreover, the 2 nights' worth of luggage will fit normally since the capacity is sufficient.

It's an excellent piece of equipment when you think about buying external boxes later. Rest assured that the mounting part is also securely locked! Also, the box is easy to remove.

I actually tested to ride...

I rented the CB190X for a few days and did a test ride on the commute and on the highway. First of all, it is better to remove the side box when using it for commuting. It doesn't change the width of the motorcycle though, but it does make the motorcycle heavier. I don't need a side box because I don't carry so much luggage in the first place. I only install a top box to store my bags, and that was enough for me. And since the CB190X is light, it can be used daily without stress.

Nex, I drove it on the highway, it was fine for normal riding, but it was quite hard to overtake cars and so on. As I opened the accelerator, I could tell that the engine was under a lot of loads. So, the CB190X is merely suitable for a leisurely ride. Thanks to the windscreen and knuckle guard, the windproof performance is high.

It's easy to focus on the equipment, but it is a motorcycle that is quite enjoyable when you actually ride on it. The small parts are well made, and it's worth owning as your main motorcycle. The CB190X is a China HONDA model, so the availability will always be changing. If you are interested in this motorcycle, you'd better get in touch with a dealer as soon as possible!