The XSR155 is released by Thai YAMAHA Motor, but it has not yet been released in Japan. I got a privilege to borrow the XSR155 from a motorcycle shop, and I tested to ride on it. Aside from its classic atmosphere, there are also many points of interest, such as the surprising fuel consumption figures, please read until the end.

Styling: The XSR series common design is classic and cool!

The body size is small according to the displacement of 155cc. However, the aura, which comes out from the styling equivalent to the XSR700 and 900, is comparable to 250cc to 400cc motorcycles. It's a real neo-classic. It's cool.

The overall dimension and weight are as follows. For comparison, I will compare it with the SUZUKI GIXXER, which has almost the same displacement.

Both motorcycle's specs are almost the same numerically. The XSR155 has an exquisite size, which is smaller than 250cc but larger than 125cc.

The tank emblem is simple "YAMAHA". 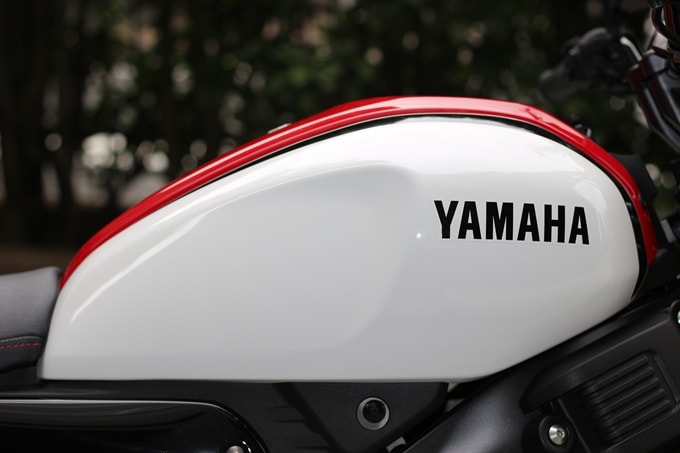 The emblem "XSR" on the top of the fuel tank has a sense of luxury. 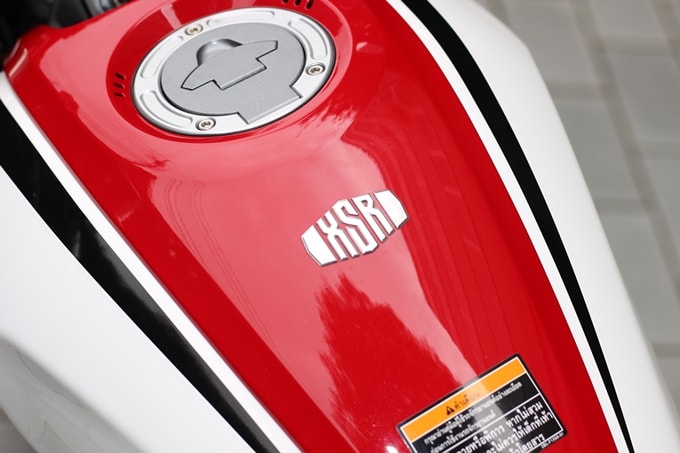 I can't read the caution writing... 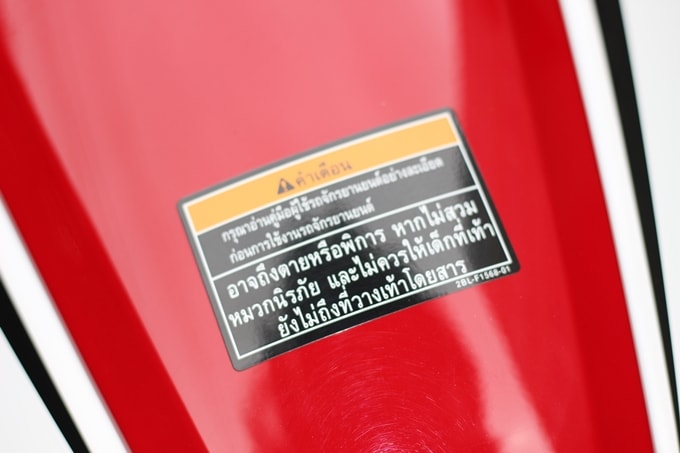 The exhaust is good in classical appearance that fairly matches with its body!

The seat height is slightly high. Since the GIXXER which is the motorcycle that compared earlier is a 785mm, there is quite a difference. A rider with a 155cm in height would not be able to ground on both feet and needed support, but it was possible to ground on one foot. But, one foot grounding was enough because the XSR155 weight is light!

If the rider's height is more than 165cm, the rider can straddle without any anxiety.

The brightness is sufficient because both headlight and tail light are equipped with LED. The blinker has been equipped with a bulb, but it matches the atmosphere of the XSR155 because it has a clear lens. 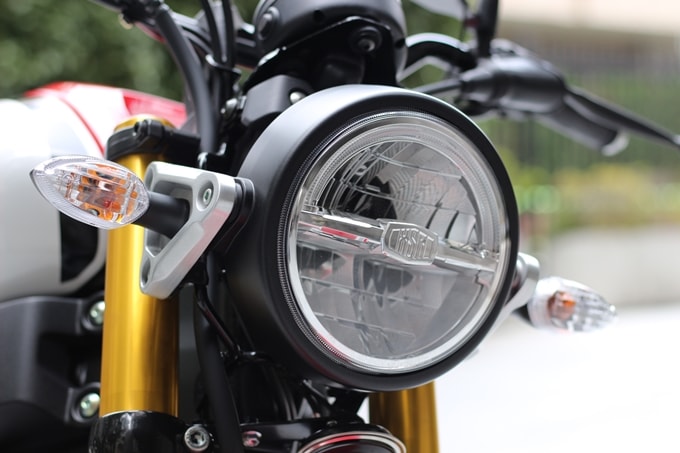 The tail light is a small round shape, and the outside of the circle lights up as a position light, and the center light turns on when the brakes on. This is also so bright, and it is dazzling when looking at it directly. 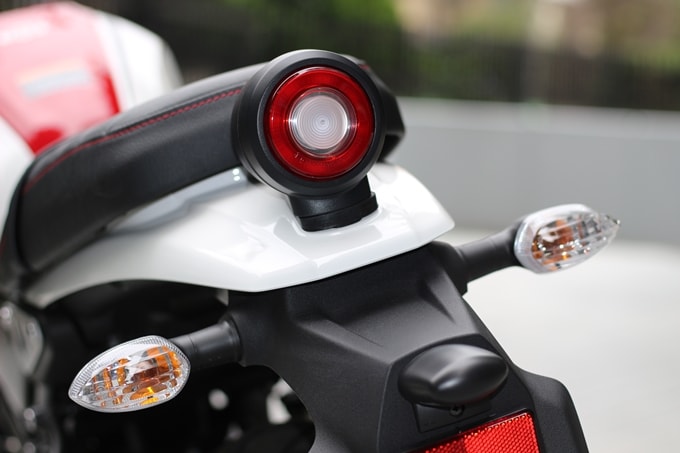 In addition, the base of the turn signal also has a sense of luxury. It is very good that I can feel the attention to the detail. 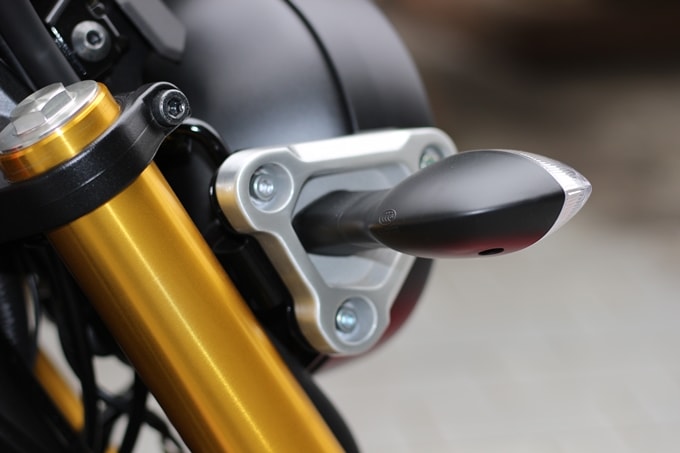 The meter is good since it is easy to see in both daytime or nighttime. Sufficient information shows up in the meter such as gear indicators, fuel gauge, odometer, trip meter, average fuel consumption, instantaneous fuel consumption, and cruisable distance. 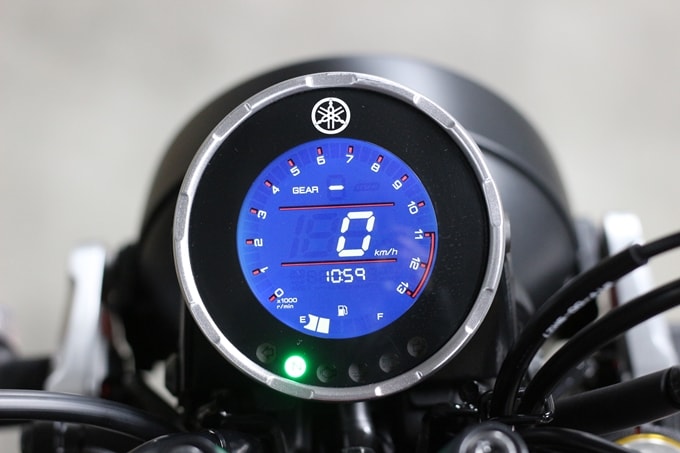 The brightness of the meter backlight is also selectable from 3 stages, but the difference of brightness can't be showed by picture very well...It becomes brighter in the order of bL-01 to bL-02 to bL-03.

Around the Handlebar and Steps

The handlebar is up type, but I felt a bit uncomfortable to the point where the arms seemed to open probably because of the shape. 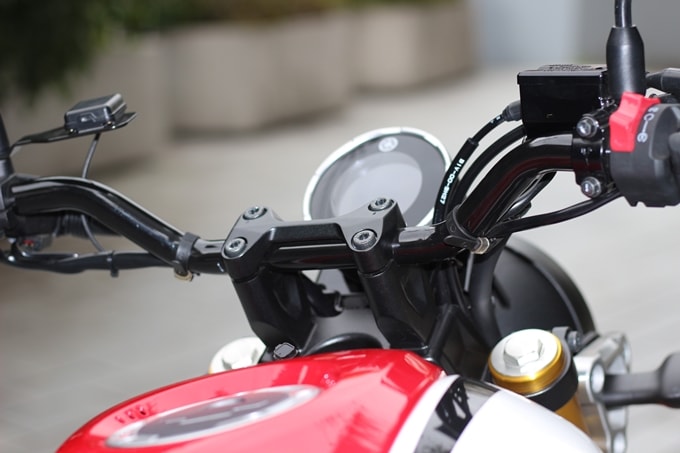 The switch component is a common type, but it has an integrated engine starter switch with an engine stop switch, so the XSR155 has the recent motorcycles characteristics. In addition, the behavior of the blinker switch is very soft, there was a case that when I switched off the blinker, I switched to the other side and turned on the opposite blinker.

The step is made of aluminum to tense the under vehicle body. The holding power when the feet are on can be applied quite strongly. 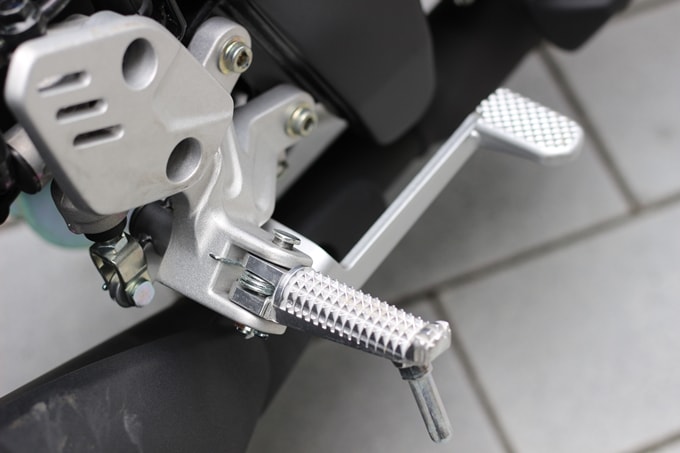 Inverted front forks are equipped as usual. Even a single caliper has sufficient braking power, and also a sense of stability in the daily use.

The rear suspension impression was always jumping, probably because of the Asian specifications, but it is at a level that is not a problem for a normal use. 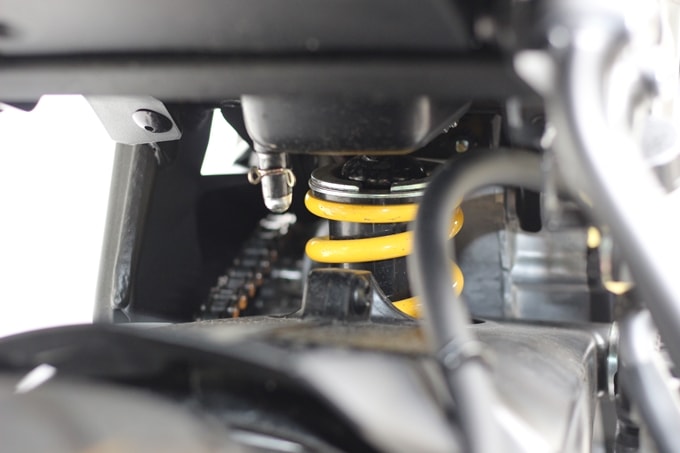 Of course, the seat looks good, but I thought the cushioning was a little bad. Because, after keeping riding for about an hour, my hips got hurt a bit, it may good to have a seat cushion when riding a long period of time. In addition, since the seat surface is wide, rider needs to open its legs a little wider when sitting down, and it will also affect to the foot grounding. However, it looks very cool.

Its under the seat is like this. It doesn't have enough space to put some things inside. 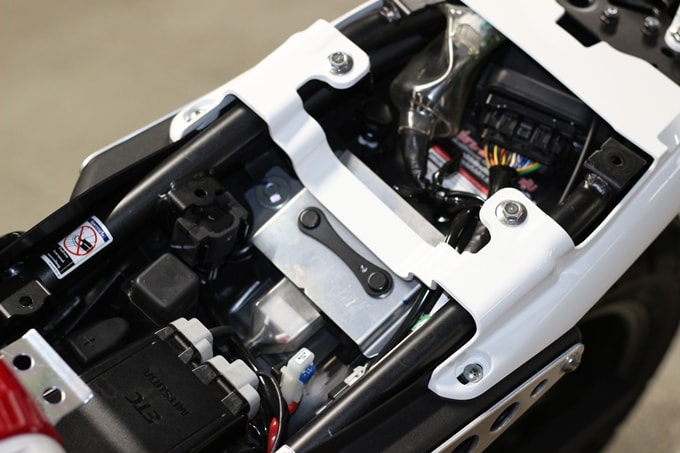 The engine is a water-cooled 4-stroke single-cylinder based on MT-15. This engine equipped with VVA (Variable Valve Mechanism) that changes its character from 7,000rpm at once. When VVA is activated, it will be displayed next to the gear indicator on the meter.

The engine is torqueful that you can start from low rev, and it is enough to ride the flow of public roads. Personally, I liked to ride it around 6,000rev at 6-gear. It is possible to ride on highway (depending on local regulations). Nevertheless, it was a good impression that I could accelerate without difficulty.

It has a rare shape of the key that I had never seen before. This key seems quite difficult to duplicate, and has a big part to prevent the motorcycle from theft. 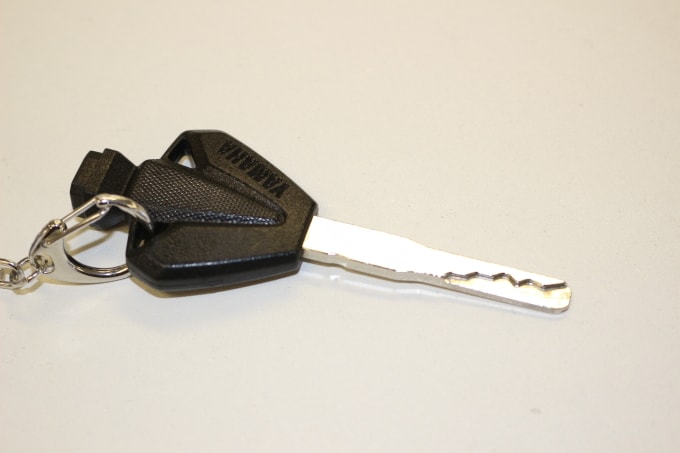 The XSR155 has been lent me with kindness, so I thought I'll try to use it every day, and I put my Z900 in the parking lot of the company and made the XSR155 as my commuter motorcycle every day. My commuting route is on the national road for about 40km in a round-trip. There are many traffic lights and traffic jams, and it was a great stage as a route for commuting, lol.

First of all, I was able to ride the flow without difficulty even on the road with a relatively high-speed range. In this point, the XSR155 was good as a commuter motorcycle because I was able to use it without stress.

If I were riding on roads that didn't have much stop-and-go, I felt that the fuel consumption would be even better, and I was immediately drawn into this motorcyle...

The price of XSR155 is sold around 3000 USD in Thailand. Although it is difficult to compare because there is almost no same engine displacement models, I think that its price is a little expensive as an impression, but I think that satisfaction is high, considering the equipment and performance described so far!

In my opinion, the XSR155 is a high degree of perfection motorcycle with good appearance, good riding performance, and good fuel consumption. Since you can use this motorcycle for commuting and touring, it is the multi-purpose model. As the main motorcycle, the XSR155 is a machine that will be active enough!

Explanation About the Electronic Control Functions and Mechanism! [Webike Motoreport]
CHAMPIONSHIP OVERVIEW AFTER 8 HOURS OF SEPANG