CB1100 which can be said as a flagship model of HONDA air-cooled four-cylinder model.
As its derivation, there are two types of model "RS" which was reinforced suspension and "EX" which was finished in more classic style.
This time, in the neo-classical heyday, I focused on "EX" that stuffed the real classic style.
For those who are concerned about CB1100, we will deliver a must-see test impression!

Among the CB1100 series, the biggest feature of EX is the front and rear 18-inches spoke wheels.
Plating parts attached to each part express the texture and luxury of the metal.
By combining these, it is creating a classic style that is somewhat nostalgic though it is the latest model. 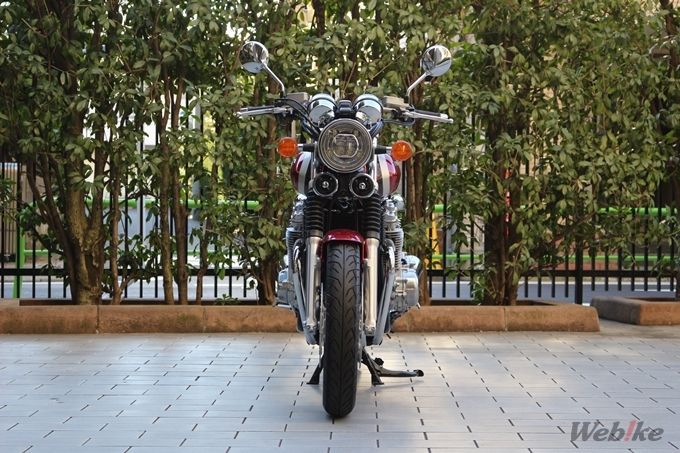 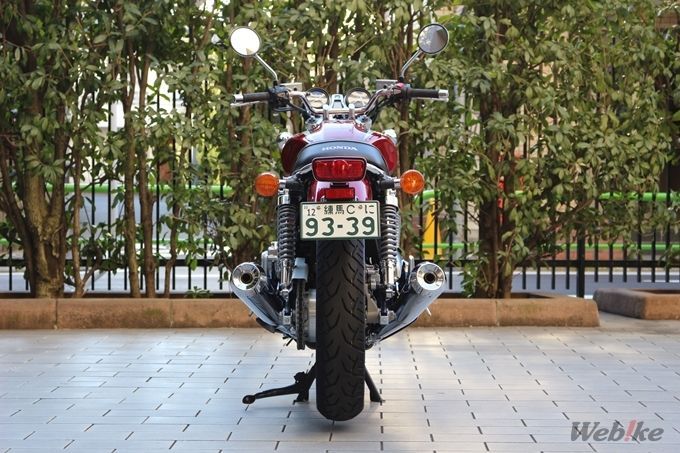 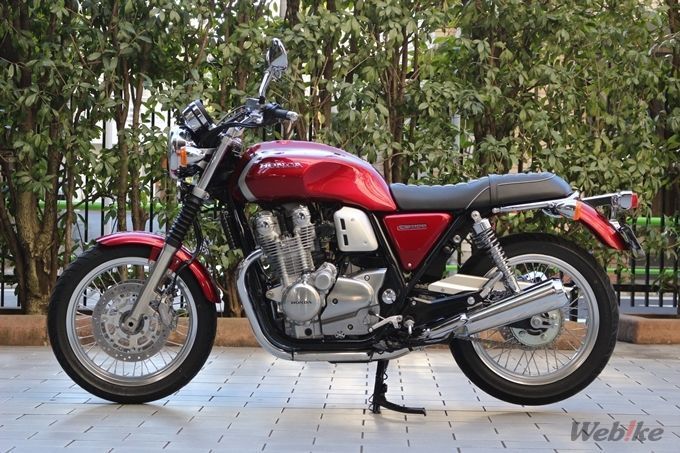 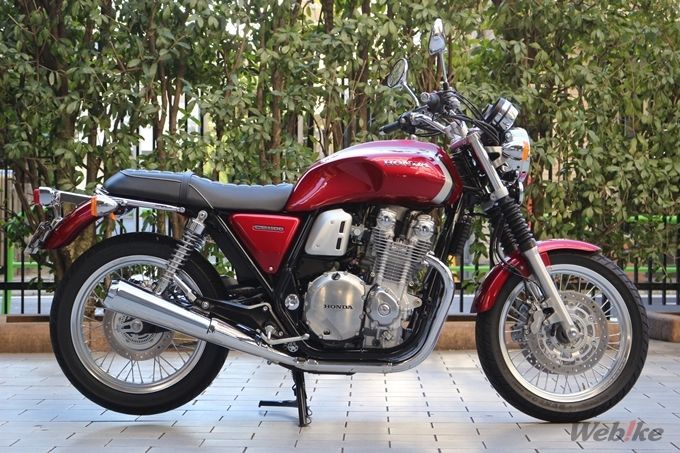 It is not a perfect foot grounding, but it is a sufficient.

The seat height is not high so far, but due to the sense of volume of the engine and tank, it was not a perfect foot grounding.
Because the center of gravity was low, there was no concern to support the motorcycle body with signal wait even if the heel was floating. 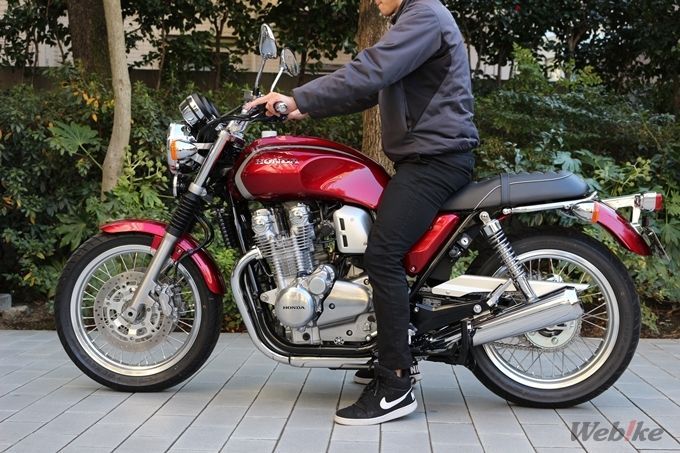 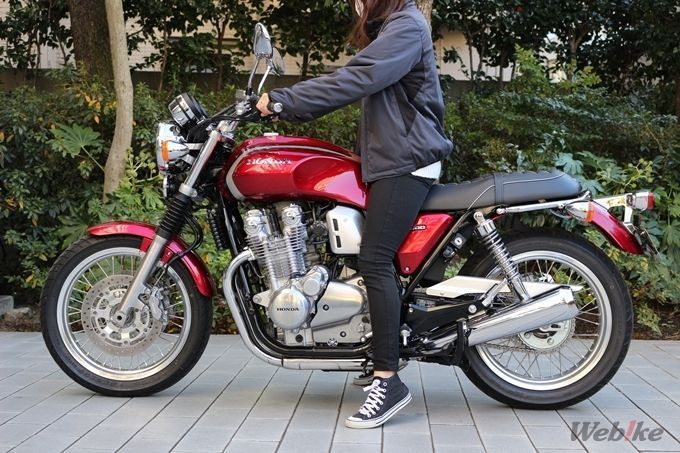 EX is equipped with LEDs for headlights and taillights

The headlight is equipped with a headlight cover with chrome plating treatment together with the LED.
It also adopted LED for the tail lamp and visibility is outstanding even at night.
Luxury feeling of each part is further increased by chrome plating. 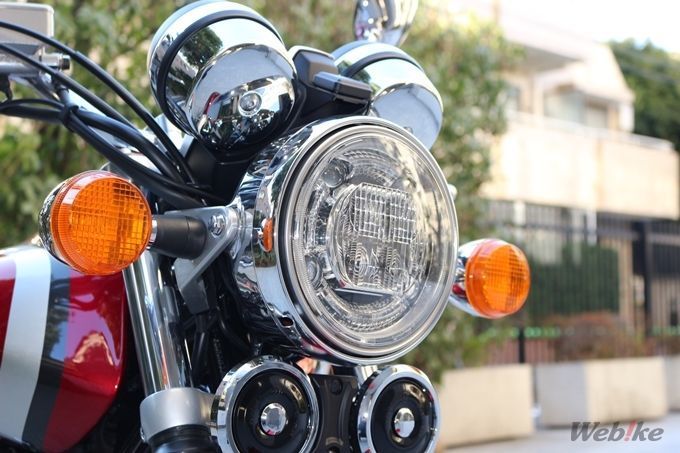 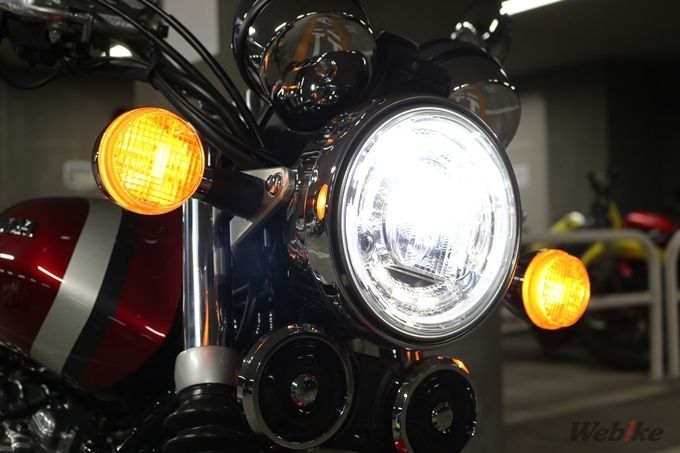 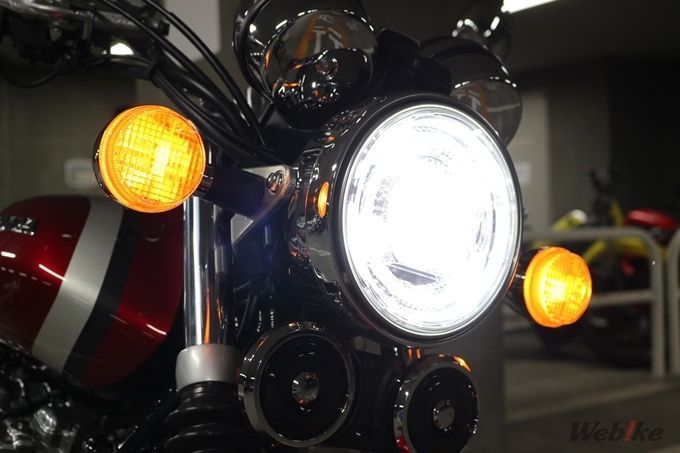 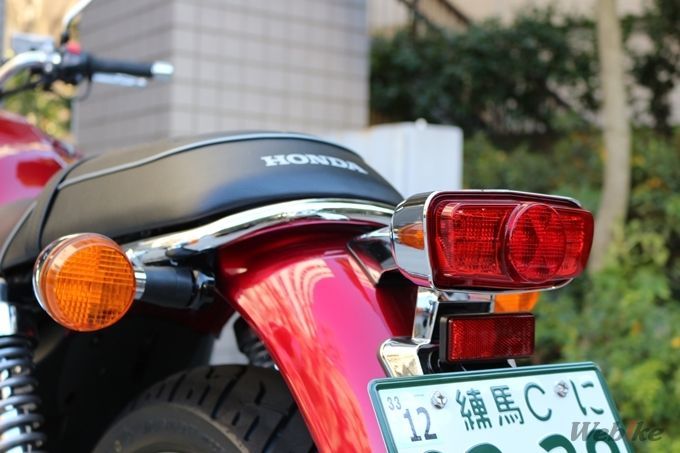 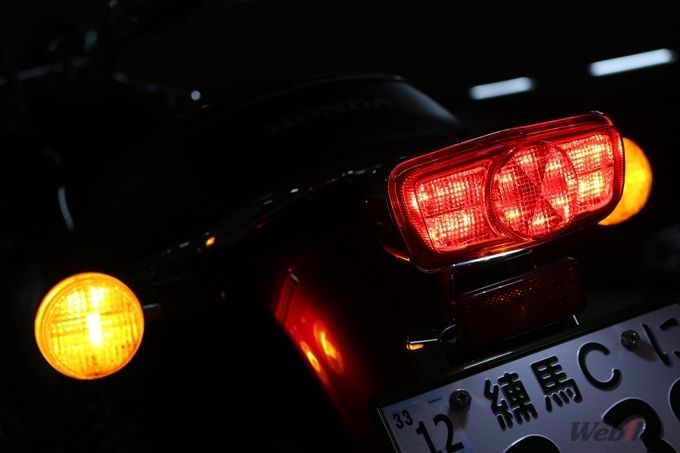 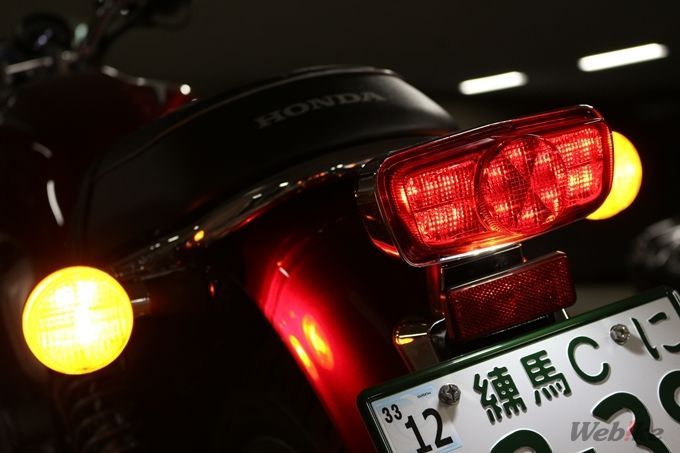 It is an two analog lens meter with full function which is common style for CB series.
Between the speedometer and the tachometer are equipped with a liquid crystal panel that displays a lot of information such as clock, shift indicator, fuel gauge, and switching type ODO, trip, inverse fuel margin meter. The temperature setting of the grip heater is displayed on the liquid crystal panel. 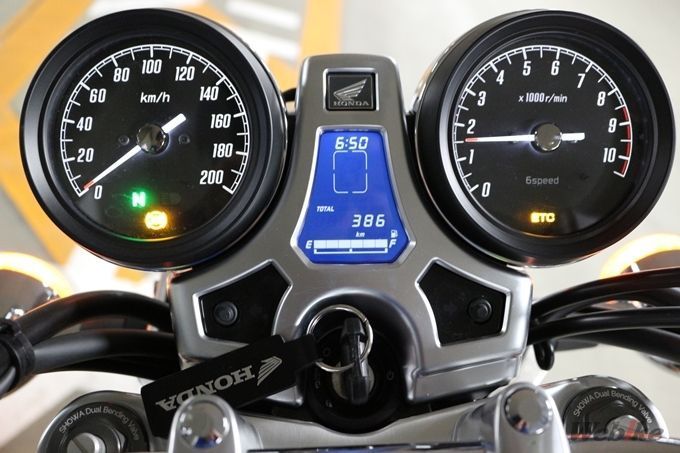 • It has a shift indicator in the center of the meter. 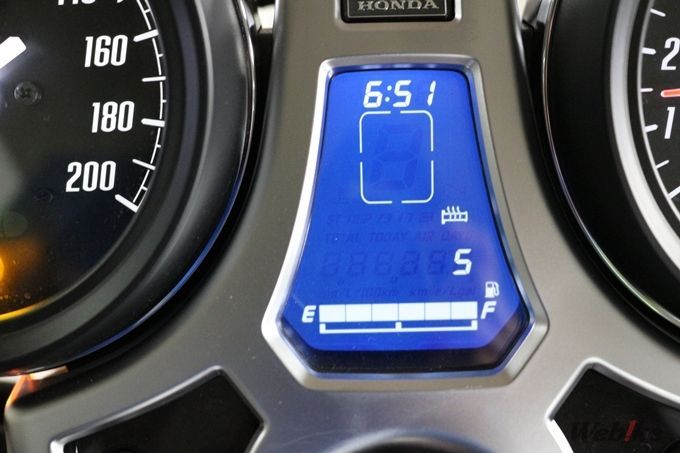 • The temperature of the grip heater is displayed in 5-stages.

As a standard grip heater, the grip and switch become a unitary compact design.
The temperature can be adjusted in 5-stages, but the grip warms up quickly! 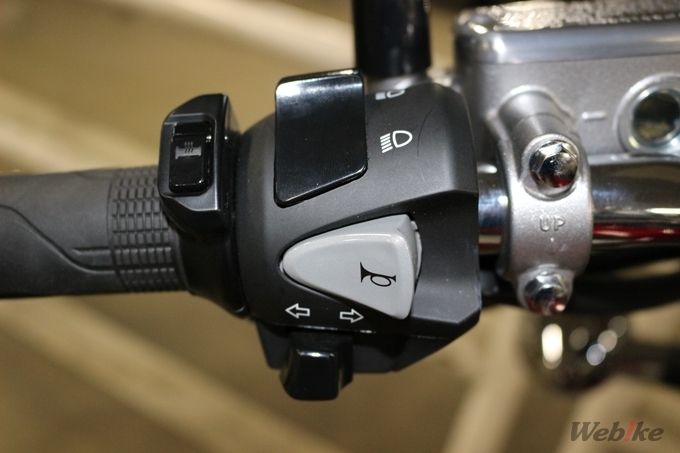 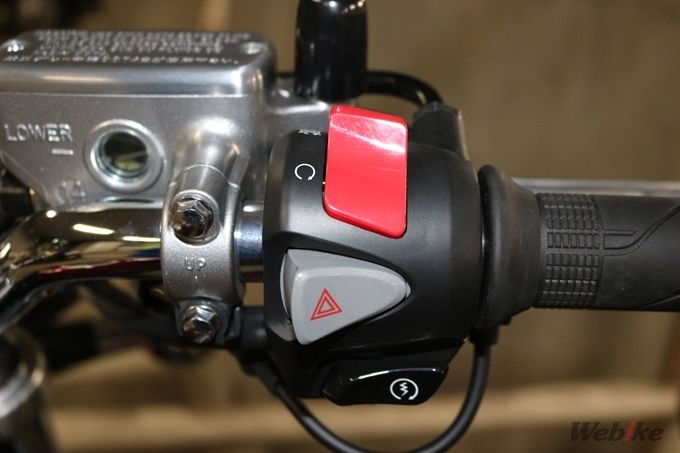 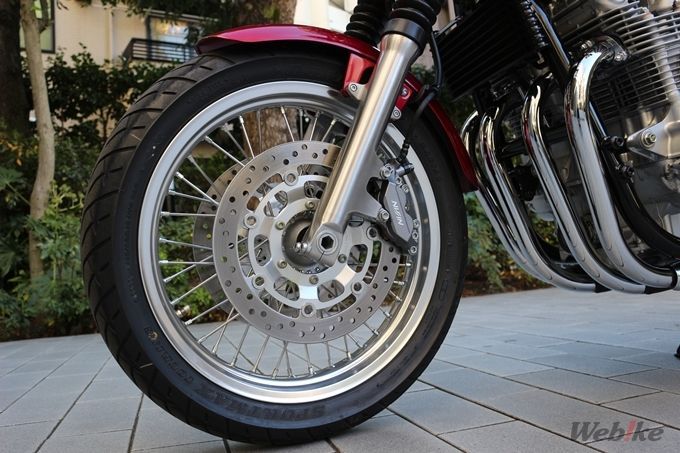 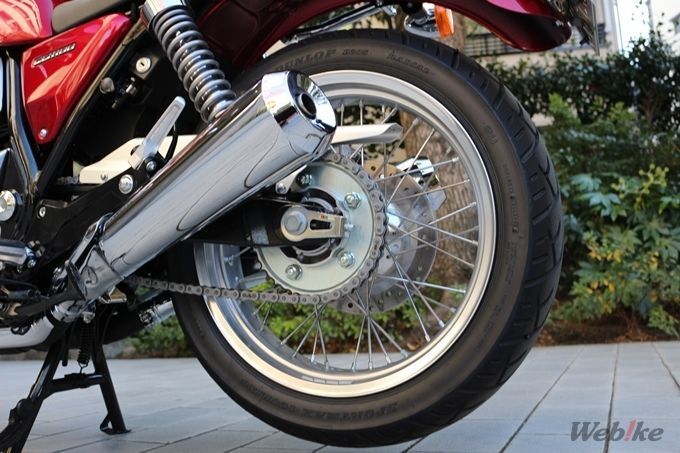 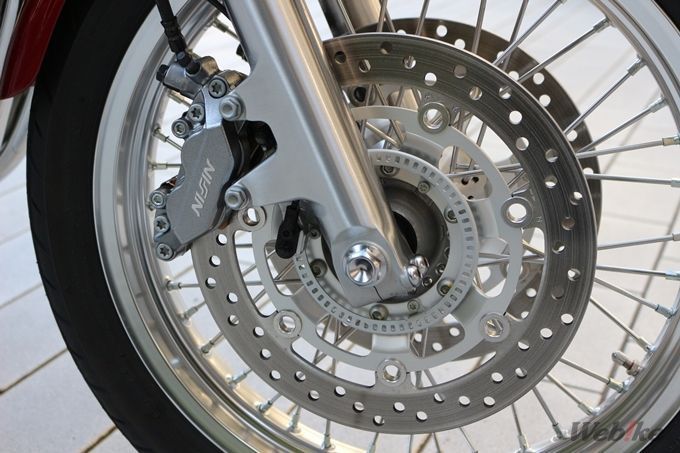 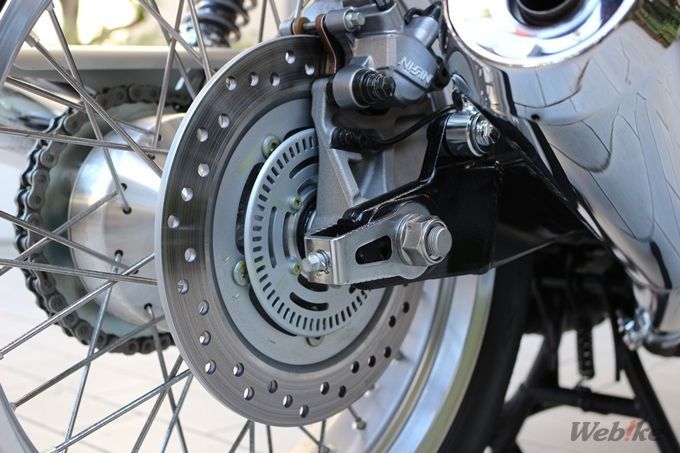 For the front fork, "Showa Dual Bending Valve" is adopted which can adjust damping.
As a seasoning, it is a supple and soft fork, but you can set the elongation side and shrink side according to your preference.
Fork boots were attached to the inner tube. 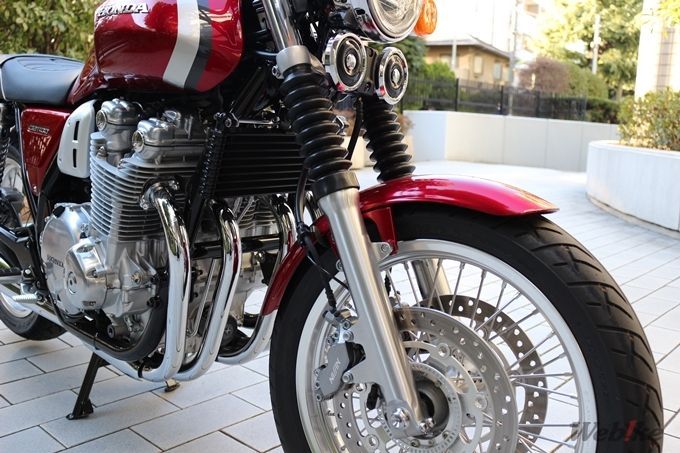 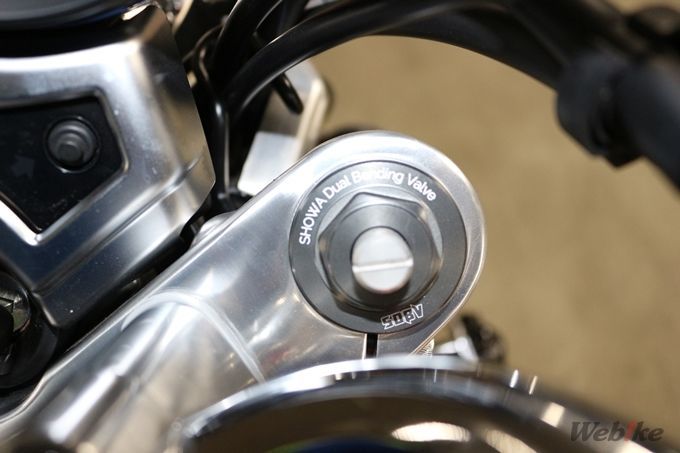 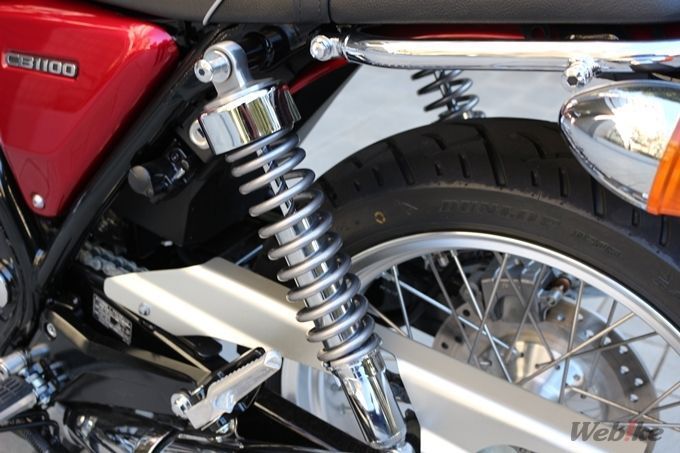 It is extremely easy to handle low-speed torque in a large displacement air-cooled in-line four-cylinder engine, and in the everyday area such as town riding and touring, between 2,000 and 3,000 rpm can run quite comfortably.
Also, not only the elongation of the high revolution when opening the accelerator tightly, as well as the powerful and sturdy sound like the air cooling sounds will raise the feelings of the rider!
It can handle long touring with plenty of clutch operation with assist slipper clutch and optimum gear selection by six speed mission. 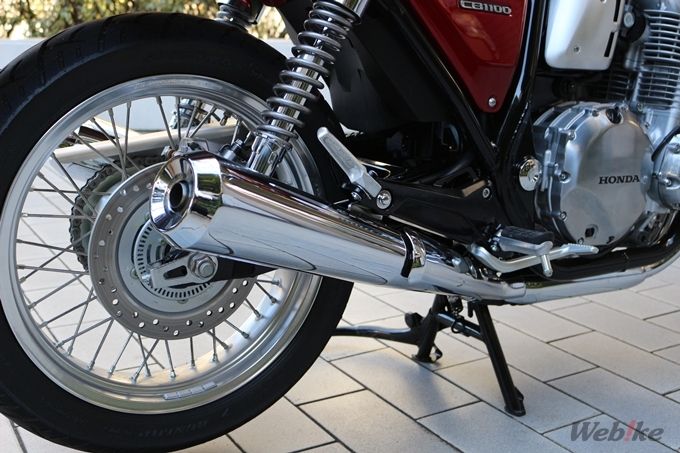 A tank with beautiful shapes

A unique tank with a three-dimensional sense adopted a "flangeless fuel tank" that eliminates welding flanges.
The painting of the unified tank with the fender produces a high quality image with luxurious glow and stripes.
More than anything, "HONDA" three-dimensional emblem stands out the presence of the tank itself! 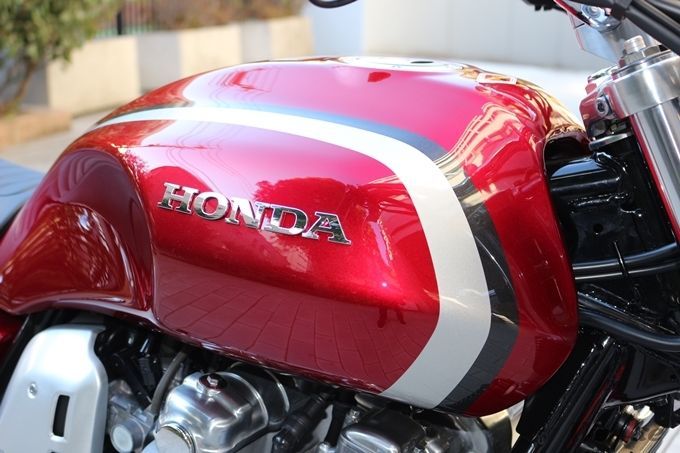 The tuck roll style seat not only increases the thickness of the cushion pursuing a comfortable feeling, but it also adds a high quality feeling by putting in silver piping.
There is not much space under the seat, but a separate ETC 2.0 is standard equipment.
It is equipped with a handy item such as a luggage hook and a helmet holder next to the seat. 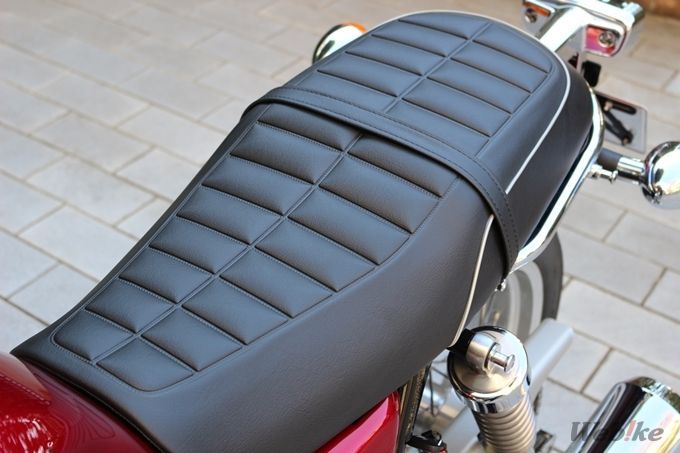 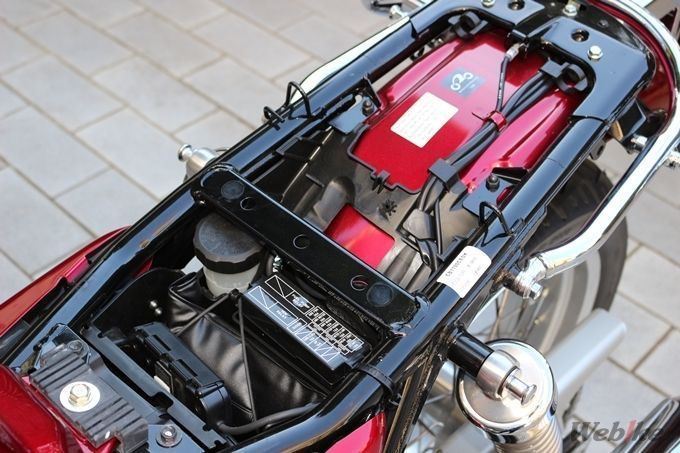 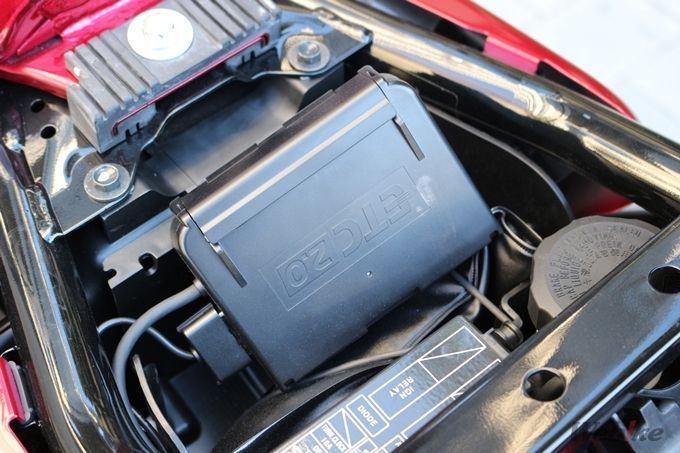 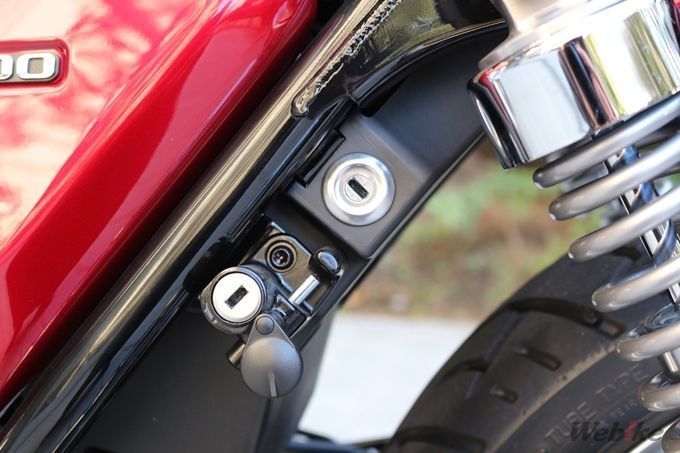 The price to be worried about?!

* Prices (including recycling expenses) do not include insurance premiums, taxes (excluding consumption tax), various expenses due to registration etc.

The price of EX is about 100,000 higher than STD, RS is even higher than EX.
Compared to the same Big Naked CB1300, it seems that the price is suppressed.

The first thing I felt when riding the CB1100EX was "to feel comfortable by riding".
It is certain that there is plenty of power depending on the large displacement, but you can enjoy the feeling of the air-cooled engine even at low speed and low rotation, so I was able to run with margin without feeling shoulder elbow.
It is not a speed or a riding that raged violently, but it is definitely recommended for those who just want to stream the streets and winding.
It is a "gentleman" that turns riders into gentlemen, coupled with a classy style full of luxury.

[YZF-R6 Review] The ultimate in attractive bike "Let’s talk about my bike, Webike users!"1119 views
Introducing the 19 SPORTS CONCEPT of the ADV150!815 views
The NEW Pirelli's High-grip Supercorsa V3 Tire! Used in the race track!429 views
GPX GENTLEMAN 200 Test Ride Review: A Neo-Classic Model the Same Style as a Big Bike!394 views
Learn the Signs of Scooter Belt Wear Out and How to Replace it368 views