At the 15th and final round of the 2020 MotoGP season, the Portuguese Grand Prix, held on November 22, Ducati won its second constructors' world title since 2007.

With Jack Miller (Pramac Racing Team) in second place on the last lap of the race, Ducati now has a total of 221 points in a difficult season and is first overall in the constructors' standings. 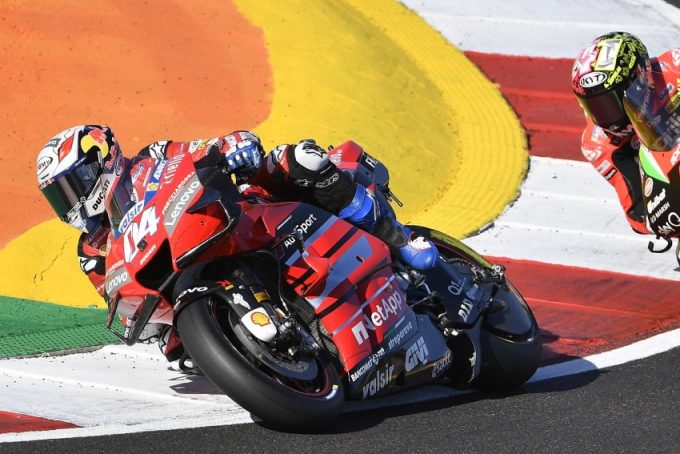 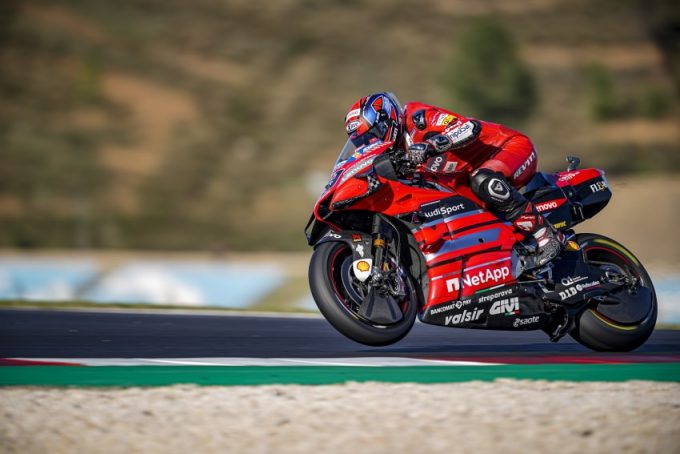 Adding to Ducati's success, this was Dovizioso's last race aboard the red Desmosedici GP machine after eight seasons with Ducati. He finished second in the championship for the third year riding (2017-2019) and took a total of 14 wins, 40 podiums, and six pole positions with the factory team. Dovizioso was one of the stars of the race at the final round of the MotoGP season at the Portimao circuit, putting in a fantastic performance. Starting from 12th on the grid, Dovizioso quickly picked up the pace to regain his position and fight for the fifth place until the end, when he was forced to retire from the race due to a technical problem. Dovizioso crossed the finish line in sixth place, scoring valuable points for the championship. Dovizioso now finishes the season in fourth place in the Riders' standings, just four points behind third placed Alex Rins.

In the team standings, the Ducati Team ended the season in fourth place with a total of 213 points.

It was not an easy race today as I started from 12th on the grid, but I was able to make up a lot of positions and finish in front of some of my rivals who are directly fighting for the championship. It was our goal to finish fourth in the championship.

Today was my last race with Ducati and in the last four years, I have achieved some very special results. I didn't think I would be as excited as I am to see the fans celebrating Ducati's success. That's what sport is all about, and I'm glad I got to experience it!

I'm sad to be leaving the team, as we've built some great relationships over the course of the eight seasons!

I would have liked to end my adventure with Ducati with a better result, but unfortunately, it was a tough race today. I want to thank all the people who work for Ducati, especially the team.

In the six years, I have been riding the Desmosedici GP motorcycle I have had some successes and above all two MotoGP wins! I am happy to have been part of Ducati for the last six years.

It was a great result for us to win the constructors' world title. This has been a particularly difficult year for us as we have had to overcome some of the most difficult situations we have ever experienced.

It was a strange and unusual season, but the engineers and all the Ducati riders worked together to make the Desmosedici GP motorcycles more competitive on all the circuits of the championship and to score eight podiums, including two wins. I would like to thank Andrea Dovizioso, Danilo Petrucci, Jack Miller, Pecco (Francesco) Bagnaia, and Johann Zarco for their contribution to our second Constructors' World Title in MotoGP history.

I would also like to thank all the staff in the Ducati Corse department who have once again shown that with great passion, dedication, and sheer determination we can achieve such important results. We wish Andrea and Danilo all the best for the future.

We've fought with them for years and had some great moments together. We want to thank them for all of that.

This season has been very difficult, especially after the introduction of the new rear tires, as we have not been able to test the tires to understand their behavior. Nevertheless, the Desmosedici GP was able to show a high level of competitiveness on almost every circuit. We are satisfied with the results we have achieved in 2020.