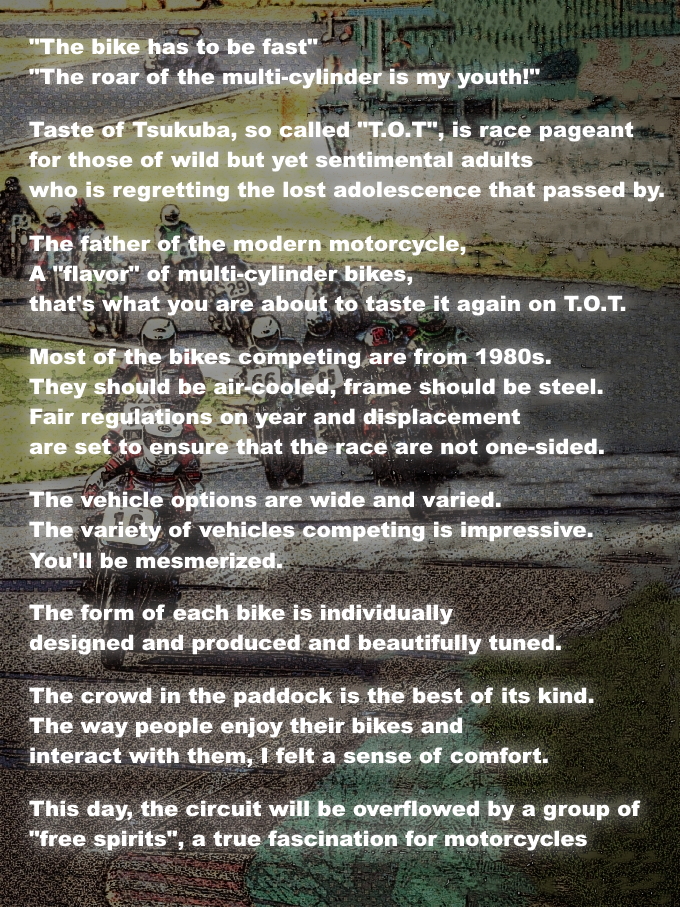 The 2020 Taste of Tsukuba Stage to be held on Saturday, November 7th and Sunday, November 8th at the Tsukuba Circuit Course 2000 has been carefully considered due to concerns over the spread of the COVID-19 infection. However, due to the difficulty in securing a three Cs, they have decided to hold the Taste of Tsukuba without spectators, as they consider the safety of the athletes, spectators, and all those involved to be the highest priority.

Hello to all the T.O.T. riders and fans.
In response to the disappointing announcement of T.O.T. with no spectators at the KAGURADUKI STAGE, we are pleased to announce that the KAGURADUKI STAGE will now be streaming video of the final race.
Details will be announced as soon as they are available, but we will be streaming videos from the start to the winning run on MOTOR STATION TV (YOUTUBE) within 30 minutes to one hour after the end of the race on both Saturday and Sunday (embedded video channel below).

This is not a live streaming, but it will be available to the world! The final's video of the T.O.T. KAGURADUKI STAGE will be broadcasted on
For those of you fans living abroad please access to our youtube channels. 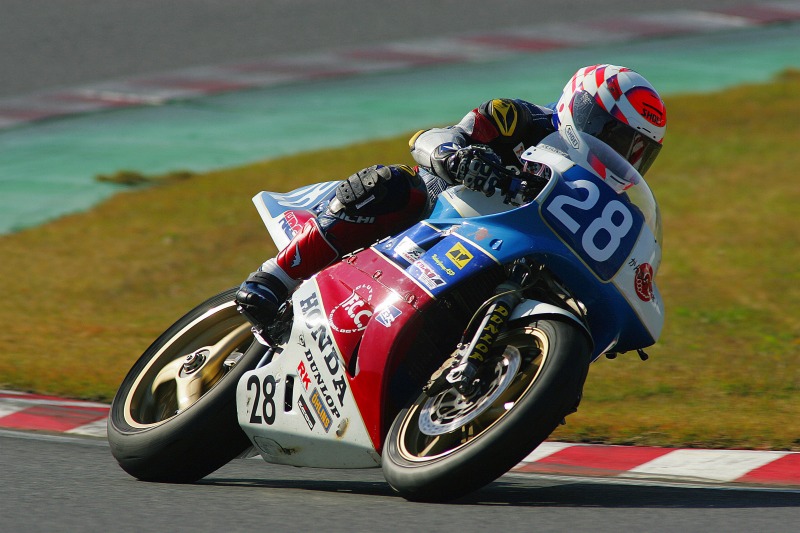 T.O.T. stands for "Days of Bike and Roses", is the symbolic name of the class. Participating vehicles must have been produced before 1980 and must be D.O.B.A.R. designated vehicles. In order to preserve the atmosphere of the participating vehicles,the modification limits are also unique. The diameter of the brake discs and front forks is the limit, and 4-stroke bikes are allowed to have a larger bore with a displacementof 810cc or less. The majority of participants are now Kawasaki Zappers. We hope you will be able to see the classic bikes at full speed. 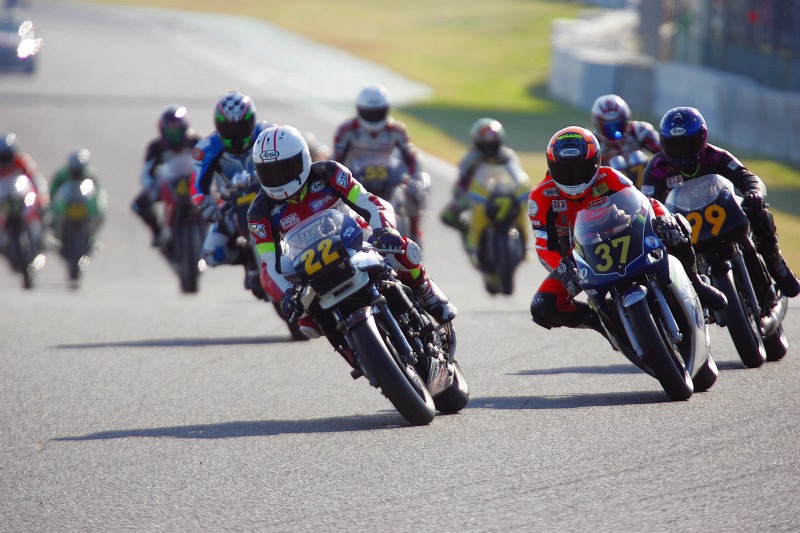 T.O.T.'s signature class, subtitled "Days of Bike and Roses", is the class name. Participating vehicles must have been produced by 1980 and must be designated vehicles like D.O.B.A.R.-1. In order to preserve the atmosphere of the participating vehicles, the modification limits are also unique. The diameter of the brake discs and front forks corresponds to this limit, and the displacement of 4-stroke bikes can be enlarged under 460cc. We hope you will be able to see the masterpiece of the bike in action. 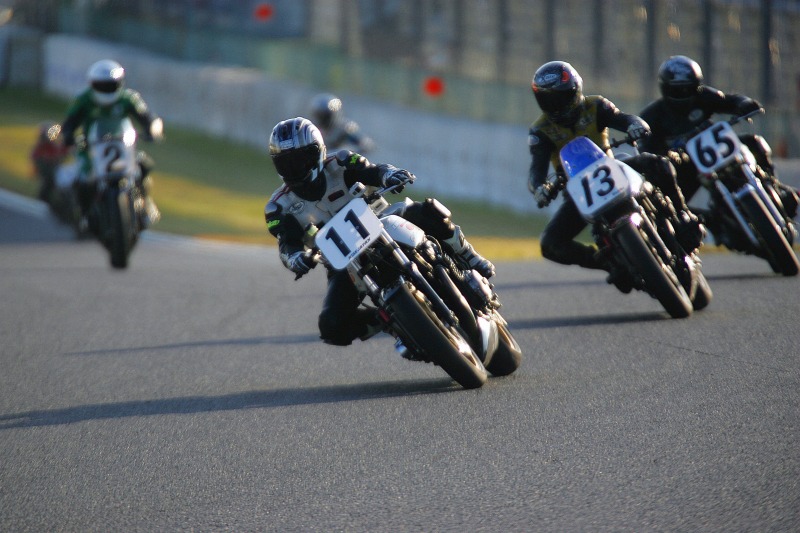 The main event of T.O.T. as it is known. This is the Dover Monster Class. Contestants are generally air-cooled 4-stroke bikes produced up to 1982, with 3 to 6 cylinders, steel frames, and 2 rear suspensions of 750cc or more. The most popular bike is the Kawasaki Z. However, the chase by CB and GS fans is also a highlight of the event. However, the main attraction of the series is the attention to detail of the machines and equipment. The 1980's styling of the event makes it hard to contain your imagination before you even start riding. You might just find your ideal bike! 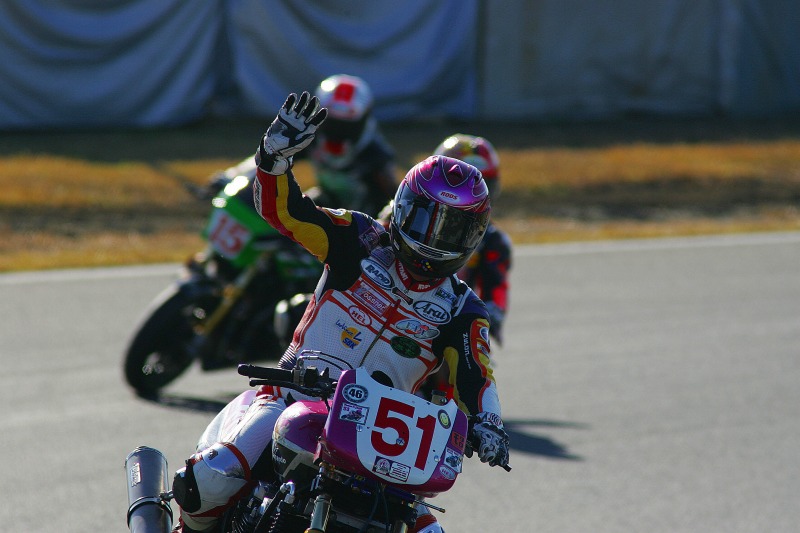 As the name suggests, this is an evolution of the Monster. The basic rules are the same as for the Monster Class, but the restrictions on front fork diameter, carburetors, brake calipers, and wheel diameters are eliminated from the Monster Class. The focus on the original style has been abandoned in favor of more modern and modified machines. There are now more tire options and faster lap times to go along with them. 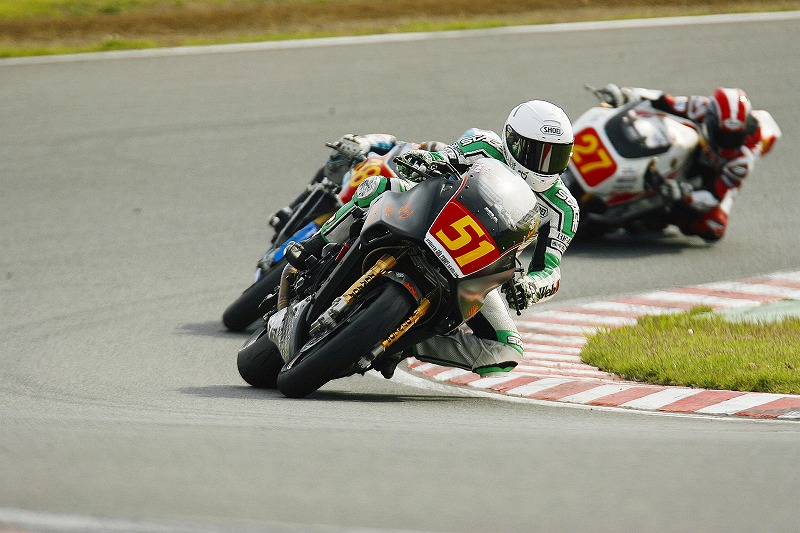 The class that was allowed to change the basic skeleton and structure of the main frame from the Monster Evolution rules. What? Frame change? Yes, you can use the original frames and those built by the frame builders. So there are machines out there that have been given the best dimensions by modern technology. Recently, the Rush Deal Z is fresh in my mind. Its sculpted beauty gives me goosebumps. 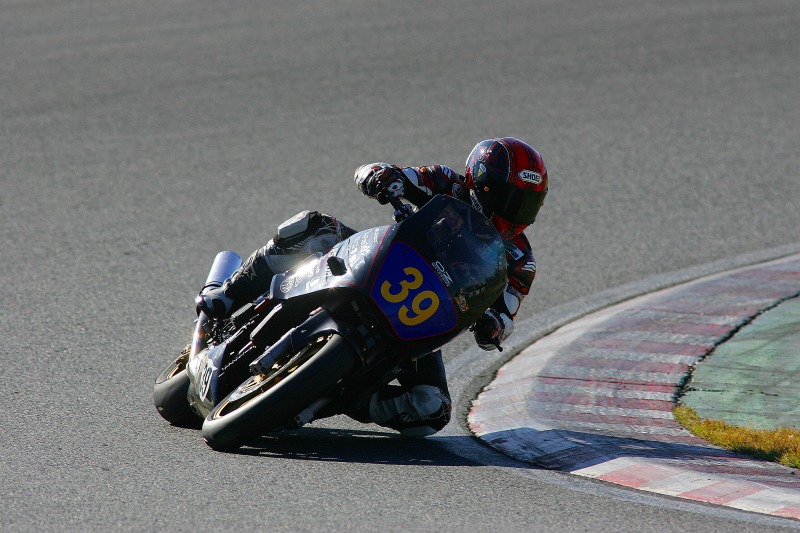 Participating vehicles must, in principle, be iron-framed vehicles produced by the 1980s. There is a displacement limit (at the time of production) for two-cycle vehicles, and three-cycle vehicles with three or more cylinders must be between 401 and 850cc. There is no bias in the number of participating vehicles among manufacturers. In addition, many of the big two-stroke machines of yesteryear participate in this event, which attracts fans.
The now-familiar smell of burning two-stroke oil and the white smoke emitted from the multiple chambers are well worth seeing. 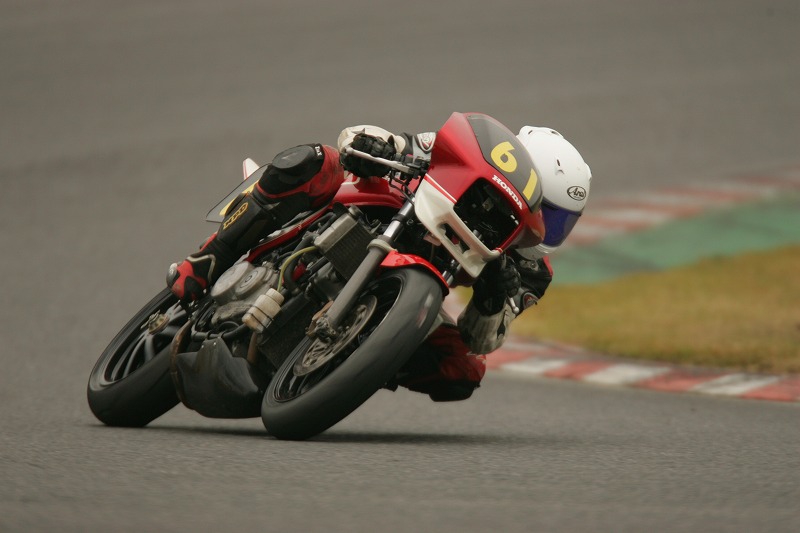 Participating vehicles must, as a general rule, be steel-framed vehicles produced up to the 1980s. In addition to the displacement limit (at the time of production), there are also vehicle type restrictions: two-stroke models are limited to 250cc or less, and four-stroke models are limited to two-cylinder or larger models of 241-555cc or less.
Although the YAMAH ARZ250 is currently the most popular bike on the market, the four-stroke riders in the minority are quite particular about their machines. I'm sure there are many of you whose first machine was an RZ, and it's still in action at Taste of Tsukuba! 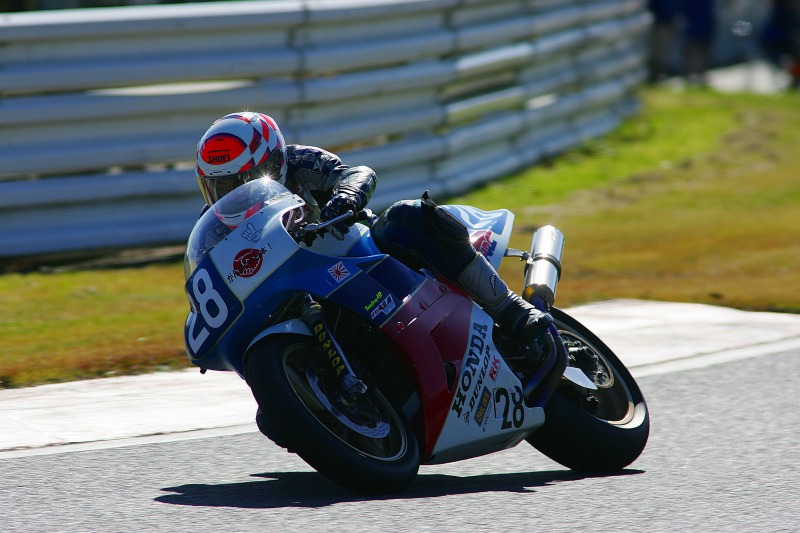 Participating vehicles must, in principle, be produced by the 1980s or earlier. The displacement limit is 251-350cc for two-stroke vehicles and 401-850cc for four-stroke vehicles with three or more cylinders. Hey, is this the same as the ZERO1 class? Some of you may think that this is a good idea. The difference is that the restriction of steel frames has been removed. It used to be that only some of the VFRs and FZRs were eligible for this class, but the regulations have been eased a bit as the times change. The GSX-R machines have also started to show up and it has become a lot more fun. 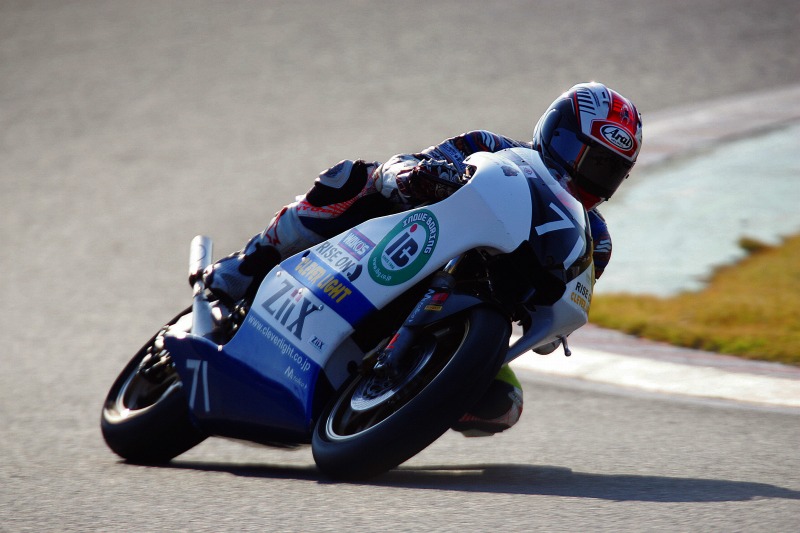 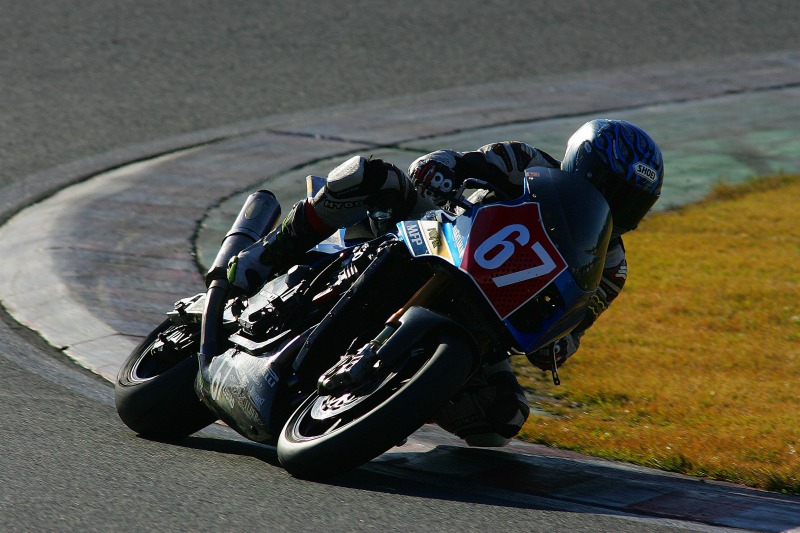 As a general rule, bikes must be steel-framed, 3- to 6-cylinder, 750cc or larger. As you may have noticed, there is no age limit, which has been the case for all classes. This means that even the newest bikes can participate as long as they meet the criteria! The scope of modifications varies widely, but changes to engine types are not allowed. Also, MFJ international riders are not allowed to participate. How to handle a machine with a frame that has so much power that it can't be twisted! Expect a feast of monster machines! 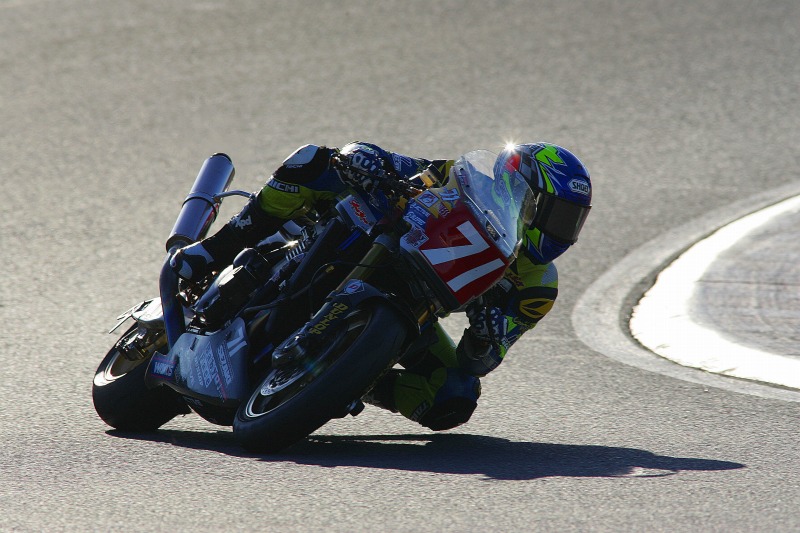 Its name is Hercules. A new class established in 2009 - the month of Kagura, with the utmost respect for T.O.T.'s liberalism. It has the fewest restrictions, and its original theme of an iron frame and T.O.T.-like form is the seat of the gods, so to speak, for the monsters who have devoured T.O.T. and still don't know where to go! Inter-dimensional battles with monsters unshackled from their chains, your thirst for speed will never be satisfied! 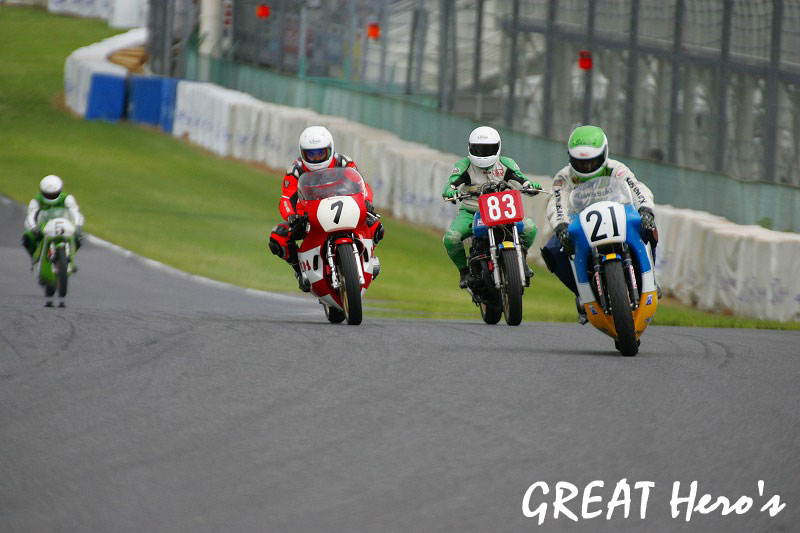 The "GREAT Hero's" is a legendary race of the 1970's between production bikes and factory racers. The RS250, TZ250, H2R, and many more are back in 2010, and this is a race to be celebrated! You won't want to miss out on a ride that was just as brave as it was back then! Considering the fitness of the machine, after its revival in 2010, the event will be held every two years to coincide with the Olympics and World Cup. The next one is scheduled to appear in 2020.

Welcome to the Taste 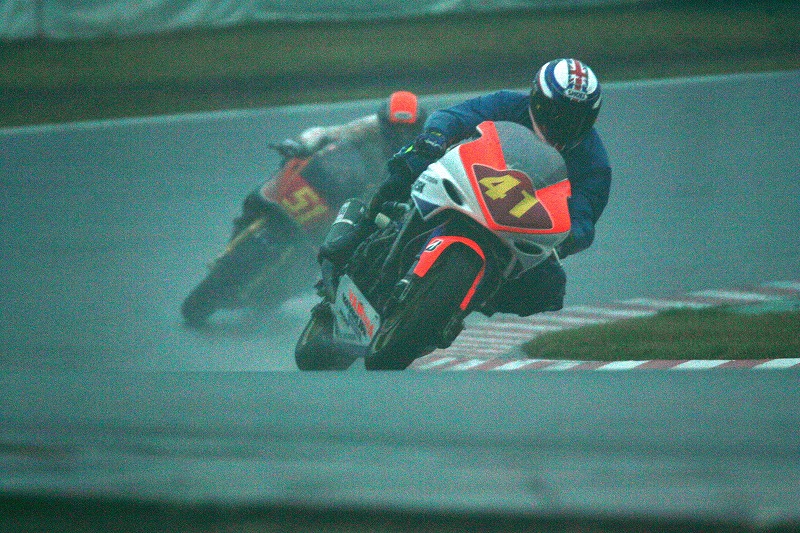 The 2019 Taste of Tsukuba will be hosting a Welcome to the Taste on Sunday of the SATSUKI STAGE. This class is designed to give everyone who is still wondering about participating in Taste the opportunity to get a feel for the atmosphere and appeal of Taste. This is a great opportunity for those who are still wondering how to get into taste.