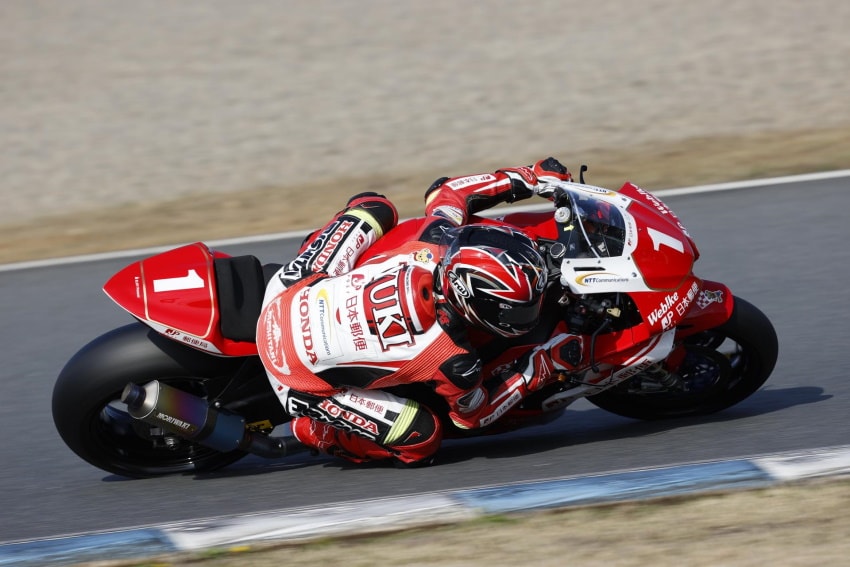 The fourth season as the Japan Post Honda Dream TP has begun, and for 2021 Tomoyoshi Koyama and Hiroki Takahashi will enter the ST600 and ST1000 classes respectively. Koyama will be aiming to reclaim his first title since 2019 on the new Honda CBR600RR he developed. Meanwhile, Takahashi, last year's inaugural ST1000 champion, is also scheduled to compete fully in the EWC World Endurance Championship this season, with three rounds on his schedule so far, but there is still a lot of uncertainty due to the Corona disaster. In fact, the Le Mans 24 hour endurance race scheduled for April has just been postponed due to the lockdown in France, but it can be said that things are still in flux.

However, for the opening round of the season, Takahashi was unable to participate in the All-Japan pre-test due to a two-week self-imposed quarantine period after returning to Japan from a test at Le Mans in early March. Therefore, he had to start by testing in general sports driving to get used to the All-Japan ST1000 specifications.

In the ST600 class, Koyama had been working on the front suspension set up for the specifications to be used this year in the pre-test. His time was not bad, but he was not able to get a good feeling. 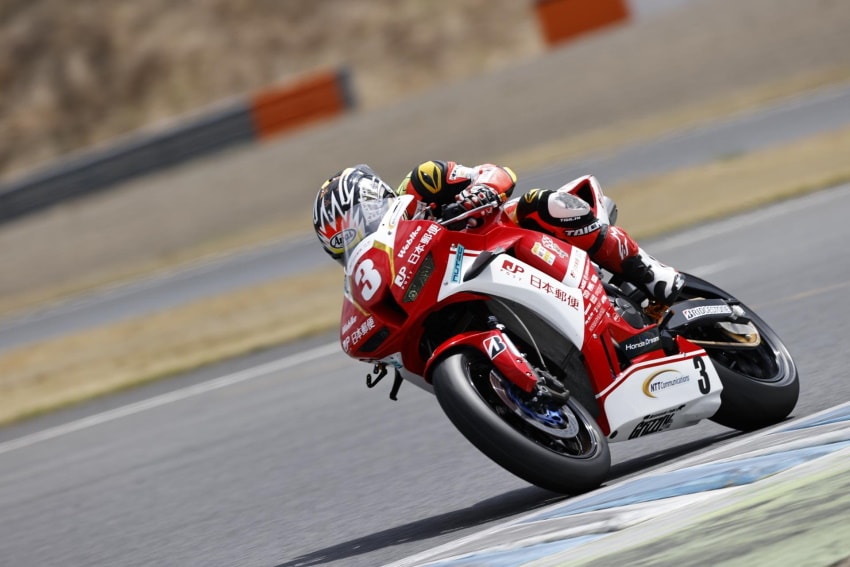 The race weekend started with a special sports race on Thursday. Koyama and Takahashi continued to work on the machine set-up. Koyama marked the top time on Friday, surpassing his own course record time. He had been finishing well. Takahashi had changed to the same position as the EWC machine and was getting used to the ST1000 specification, but he was unable to improve his time as much as he wanted.

In the official qualifying, it was expected that the others would improve their times, but Koyama was also able to see his own section time in the 1'52" range. However, he said that he was too conscious of the 1'52" figure and made a few mistakes, but he still managed to set a new personal best time of 1'53.500 and qualified in 2nd place. Takahashi also wanted to be in the 1'49" range, but marked 1'50.070. He was only 0.018 seconds behind the leader, and also secured the 2nd place on the grid.

The weather forecast for Sunday was for a downhill slope, but it was cloudy in the morning. Takahashi was setting good times in the morning warm-up session, but at the end of the session, trouble struck. However, at the end of the session, he encountered a problem, and after investigating the cause, he was forced to replace the engine. As a result, he was penalized and had to start from the pits.

After the J-GP3 class race and the lunch interval, the ST600 class race began. Koyama made a good start and went head first into the first corner to take the lead. However, he was passed by Yokoyama at the 5th corner, but he passed him back at the 90 degree corner and came back to lead the opening lap. Koyama continued to set the pace and lead the race. Koyama continued to set the pace and lead the race, followed by three other machines to form the top group of four. Koyama continued to lead the race, leaving no room for the rest of the pack. Towards the end of the race, there was a moment when he lost the lead, but as the battle for 2nd place and below intensified, Koyama extended his lead and finished the race as the leader!

As the ST600 class race came to an end, the rain started to fall and the ST1000 class was declared wet and the number of laps would be reduced by 2 to 12. The pits were filled with a hectic atmosphere, and most of the teams were changing tires, but Takahashi, encouraged by Koyama's victory, chose slick tires.

The race started in the pouring rain. In the half-wet conditions, Takahashi was determined not to crash! On the first lap, he was 26th, on the second lap 19th, on the third lap 13th, and finally on the fourth lap, he moved up to 9th. The rain had almost stopped and the track was starting to dry out. In the midst of this, Takahashi showed a different dimension to his driving, and on the 6th lap, he moved up to 3rd, and on the 7th lap, at the 90-degree corner, he rose to the top! After 12 laps, he took the checkered flag. He won a very rough race. 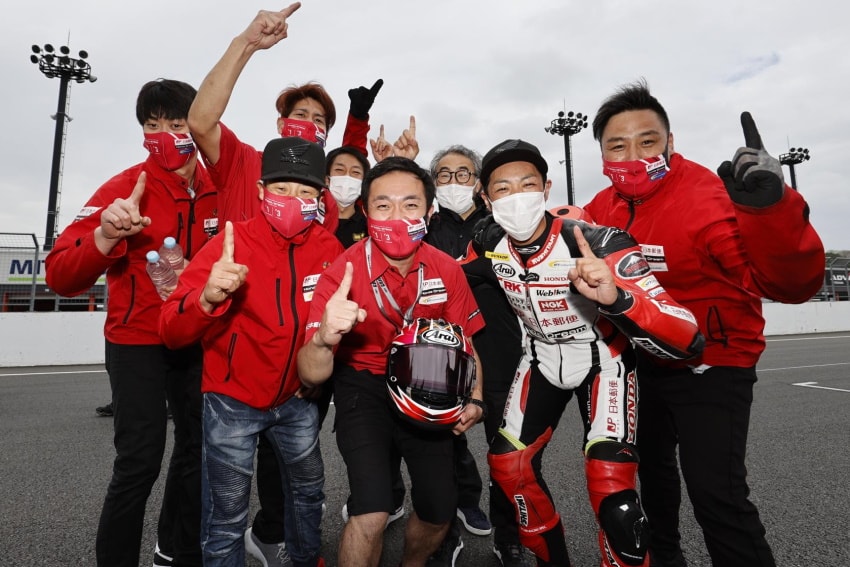 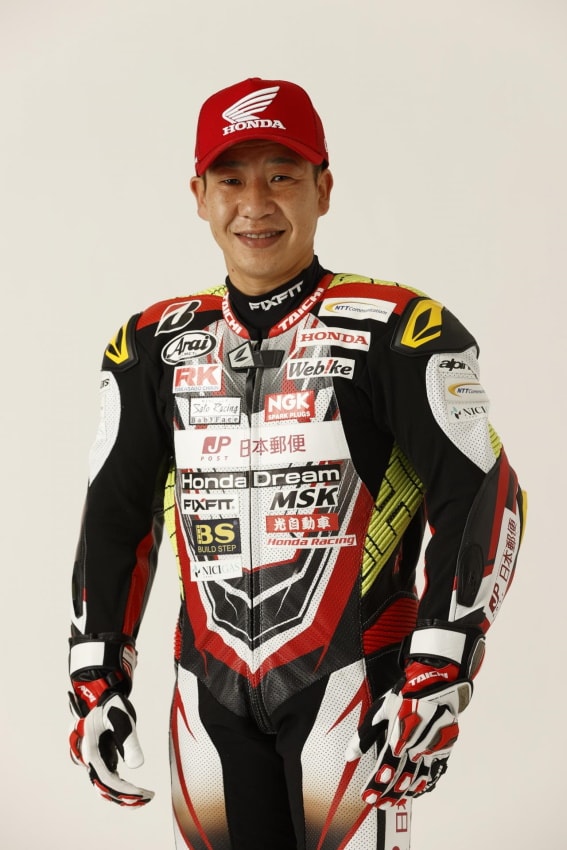 I tried a lot of things from the pre-test, but I couldn't get a good feeling with the front. On Friday I finally got the feeling I was looking for and it was linked to my image. We talked with the staff about the cause of the high side and adjusted the rear suspension on the morning of race day, and it went in the right direction. However, I hadn't done any long rides with this set-up, so I was worried about how it would behave in the race. In reality, it worked very well, and I'm very happy that I was able to make my debut win on the CBR600RR that I was in charge of developing. Thank you everyone for your support. 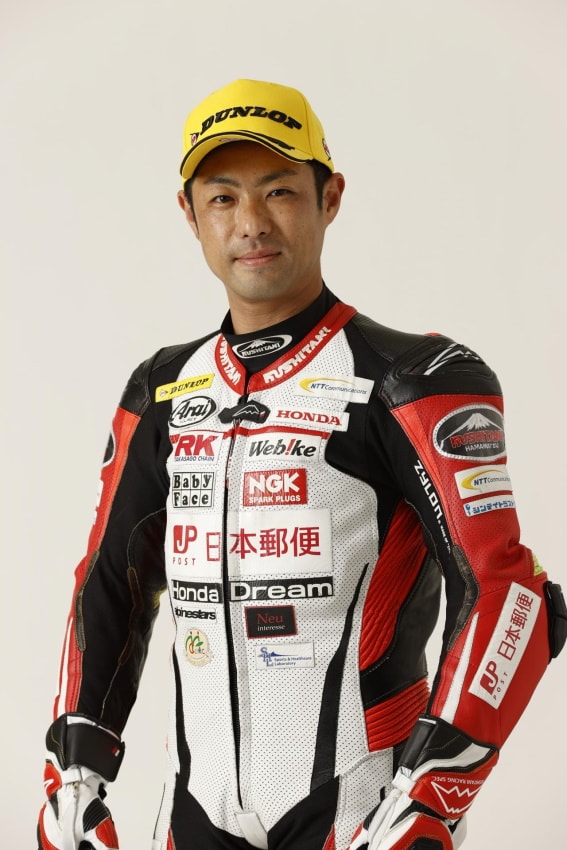 I thought I could get into the 1'49" range soon after the start of the week, but I couldn't, and the qualifying session was also frustrating, but in the warm-up session in the morning, when we were trying to build a machine that could be ridden in the 1'49" range, the engine broke and we had to replace it. Of course, it's the first time for me to win from a pit start and the weather was on my side. Thanks to the team, sponsors, and all the people who support us, we were able to win. We will do our best in the next race, so please support us. 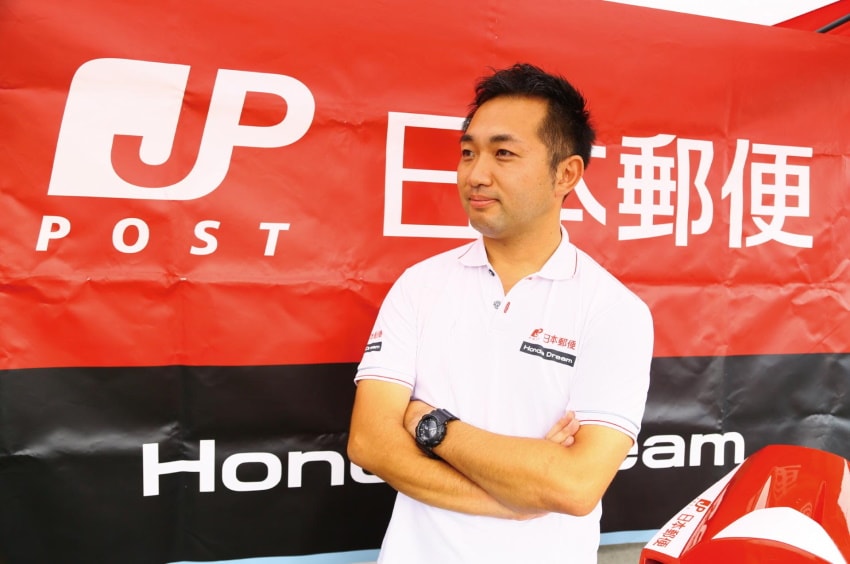 First of all, I would like to thank Japan Post, Honda Dream, NTT Communications, and all of our supporters for making it possible for us to compete as a team in the opening round of the 2021 season. In the opening round of the season, we won the ST600 and ST1000 double championships, which frankly makes me very happy. To be honest, looking back on how the race week went, I think we had a lot of issues to work on, and the penalty for engine trouble in ST1000 was more difficult than I expected. However, as we had the "power of support" from many people, we could not give up, so we turned it into "the power to never give up" and fought with a positive attitude. As a result, many things turned around and we were able to give you good news. It was very special to feel such a drama about the race without a plot. This is just the beginning of the season, but we will keep the lessons learned from this experience in mind as we strive to be a force for good in the world together with you.