Suzuka International Circuit
Since its creation in 1962, the Suzuka circuit has hosted many international competitions including the Formula 1 Grand Prix, the Motorbike GP and the Motorbike Endurance World Championship. This circuit is one of the few tracks to offer an 8 layout on 5.821 km.

2020 Suzuka 8 Hours race has been postponed to 2021 due to the global health crisis.

Landmark dates of the Suzuka circuit
September 1962: Opening of the Suzuka circuit
30 July 1978: the 1st edition of Suzuka 8 Hours won by the Americans Wes Cooley and Mike Baldwin (Suzuki Yoshimura)
1 August 1982: 1st Japanese victory at Suzuka with Shigeo Iijima and Shinji Hagiwara (Honda). The race was reduced to 6 h due to a typhoon
1 November 1987: first Formula 1 Grand Prix 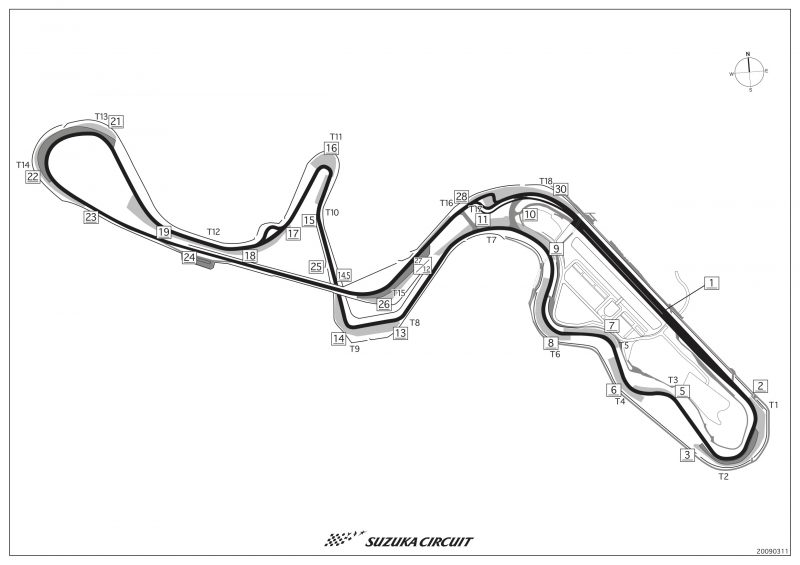