I will introduce the DOREMI COLLECTION Z900RS CUSTOM Mk.2-Style Ver.2018, which was exhibited at the 2018 Tokyo Motorcycle Show. Since this customized machine has become a hot topic in the media, there may be among those people who saw the photo of this machine. I will introduce each part of it.

First, as regards the exterior, the "square tank" that was highly requested by visitors after the DOREMI COLLECTION exhibited this machine at the 2017 Tokyo Motor Show has been embodied. 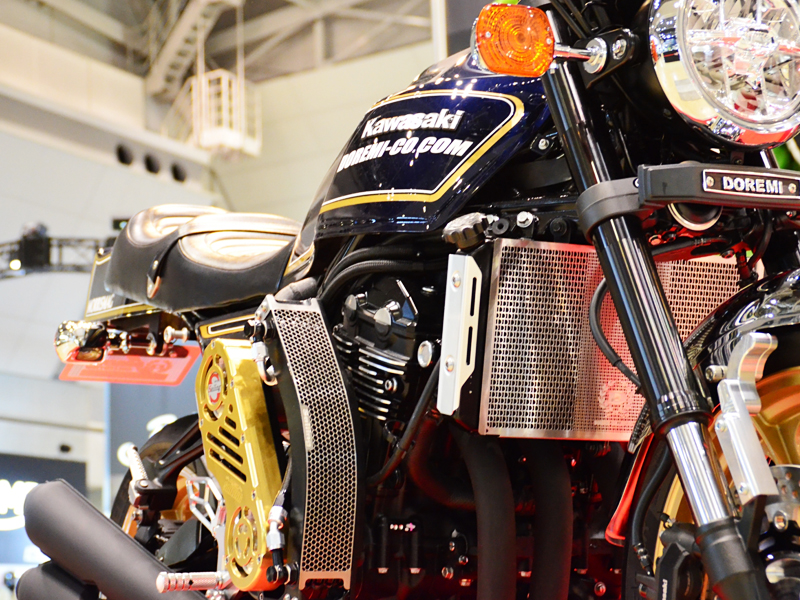 This tank is the tank cover type on the assumption that the inner tank is used. The side cover and the tail cowl were prototypes with an adjusted position based on the parts sold for the ZEPHYR 750. In addition, the supercharger that appeals to its existence on the side of the engine was a prototype that was under development by MS-SAILING. This supercharger was installed and set by MS-SAILING for this special event.

The exterior and supercharger were particularly well-received, but also there seemed to be voices saying, "Why is the quadruple exhaust system installed even it is Mk.2 style?". This was a demo model that was originally considered with a short silencer, but since the final prototype of the black quadruple exhaust system for racing has also been finished, they thought “we want users to see it.” 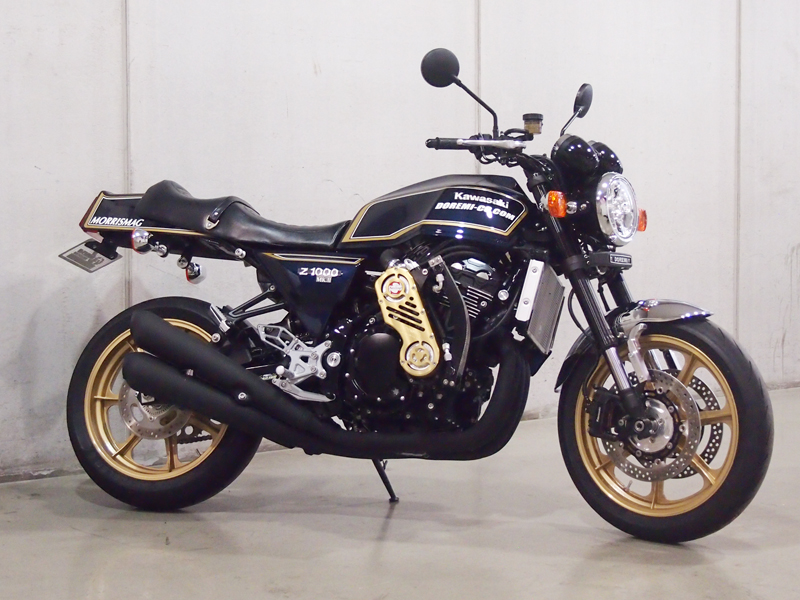 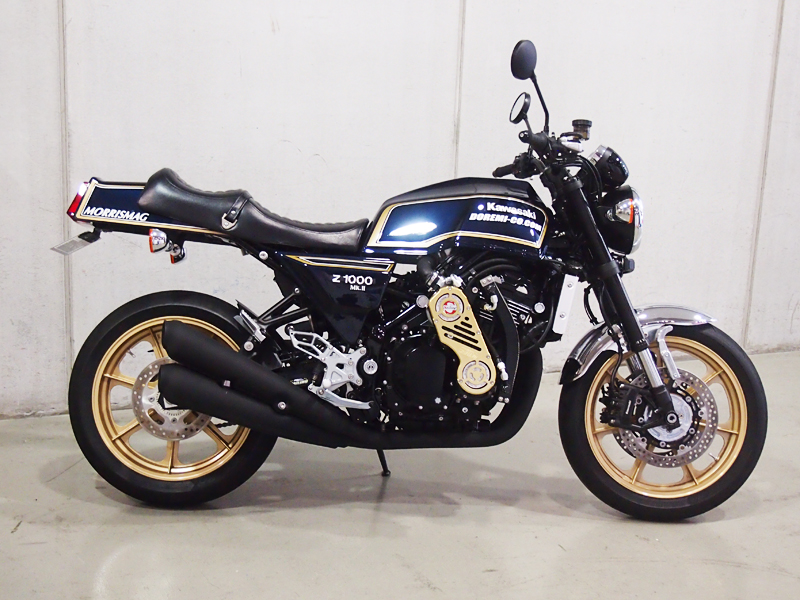 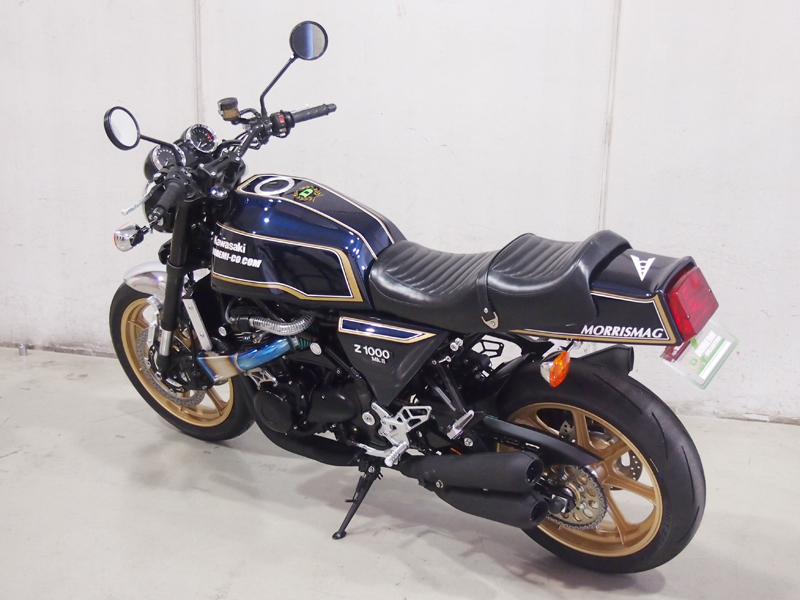 The three custom Z900RS units were equipped with the final prototype of MORRIS magnesium wheels which were scheduled to be released at that time, and the Z900RS OEM brake rotors were attached by using a mount adapter. In addition to the above-mentioned items, this special custom machine has been equipped with other custom parts such as frame plugs, rearsets, core guard and engine sliders. 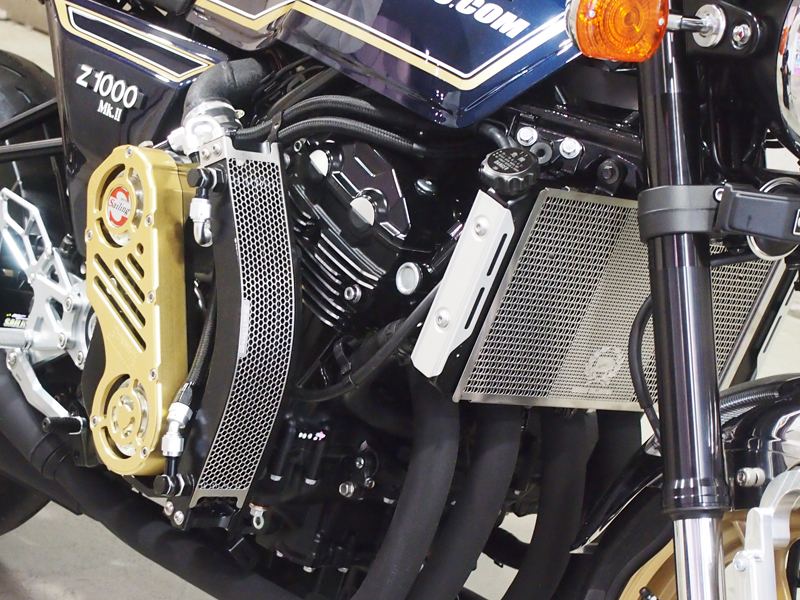 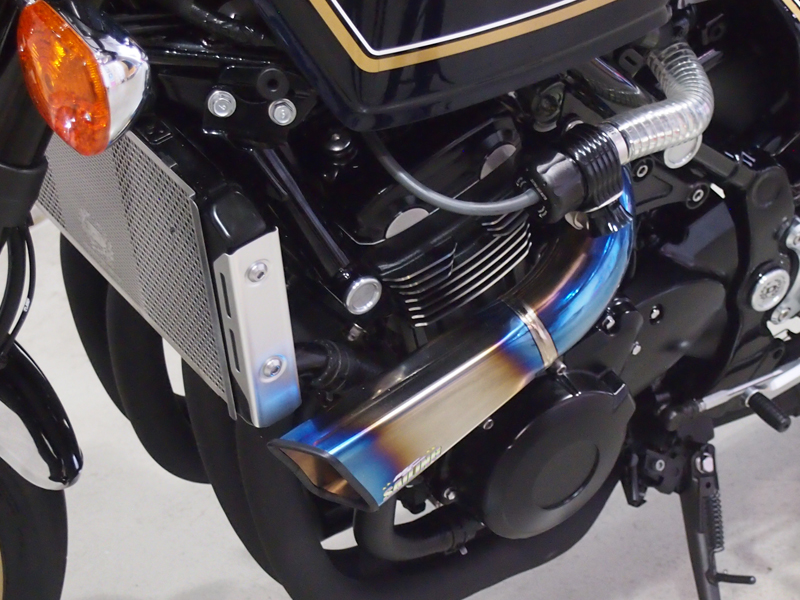 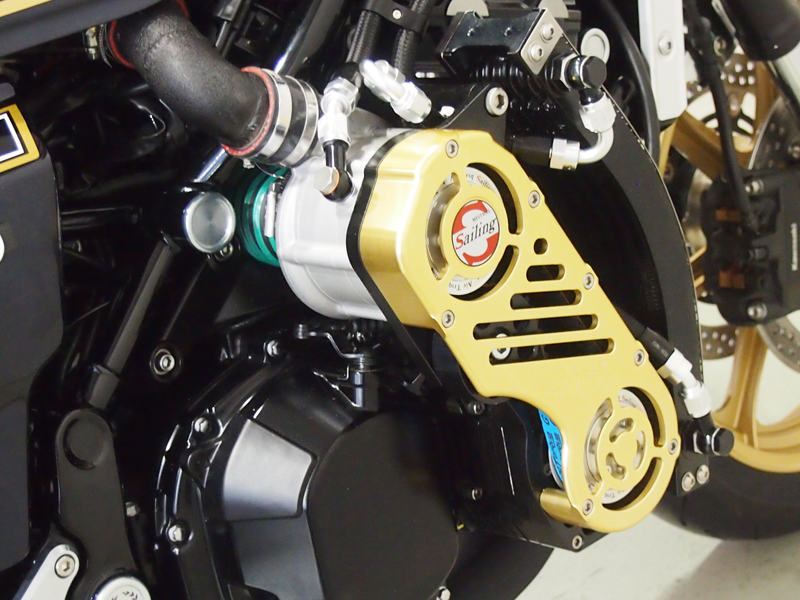 With regards to the exterior set, the actual products had been reexamined from the prototypes that were installed in the show model in order to further improve the quality, and the materials and shapes have been reviewed to achieve the style one level higher.

* The products in the photo are prototypes. They may be different from the actual products.