※The original article was published on "moto-connect" on April 15, 2022

Is the shift gear stuttering bothering you?

Does it feel uncomfortable every time you upshift or downshift? I believe that many riders have such troubles. Especially when you have a little lean before entering the corner or just exiting the corner, it will definitely be more disturbing. Or because you are afraid of the stutter, the rider can't change gears when they should, and can only ride in the wrong gear with too high or too low speed, which is quite difficult to control and makes people feel uncomfortable.

In addition, in the case of double-loading, it is also very common for the rear seat passengers to be unstable due to the gear shift, and the collision of the two helmets. I believe this is a very difficult experience for both parties. 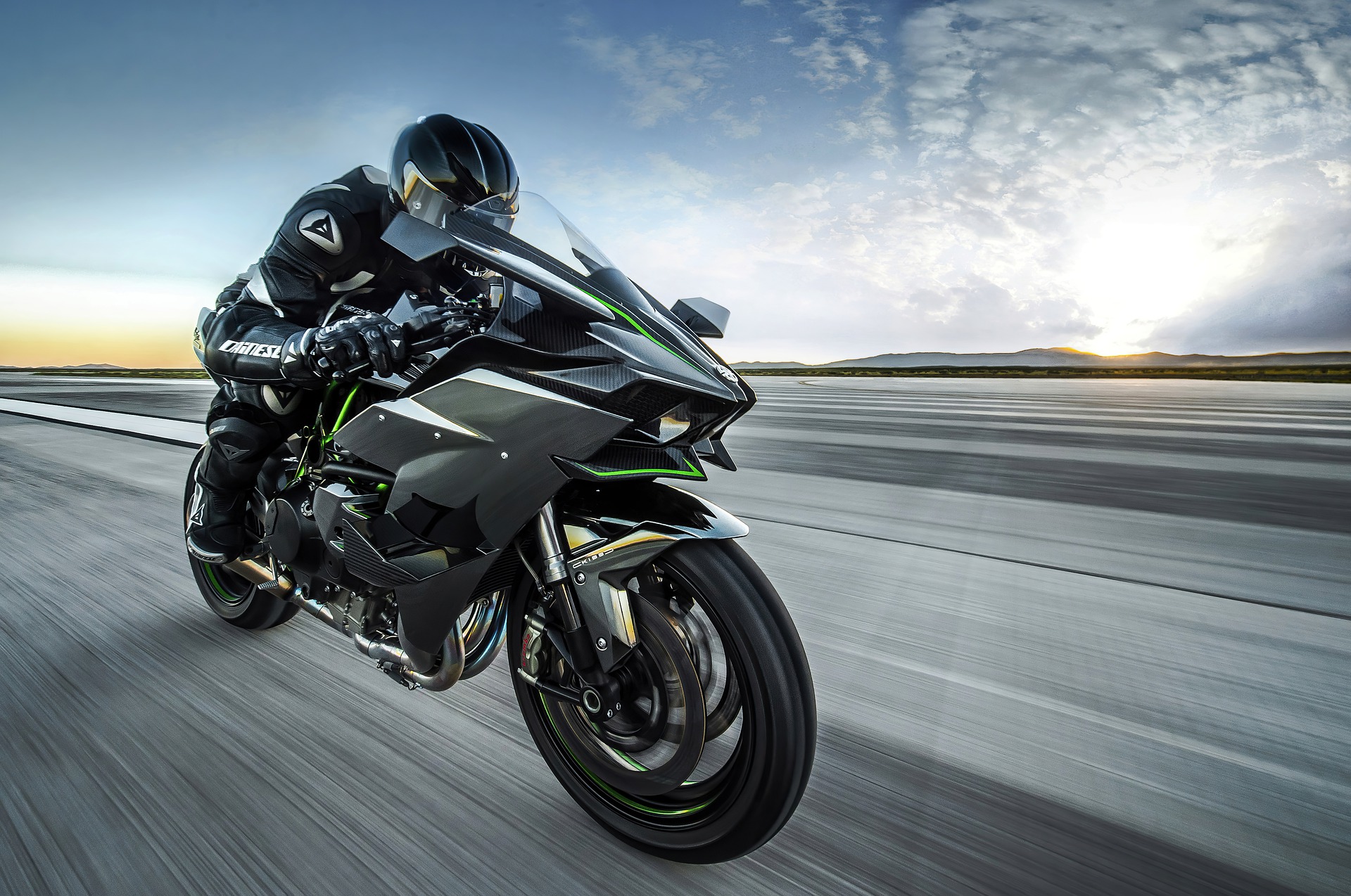 "At the moment when the clutch is cut off during acceleration, the engine speed drops greatly, resulting in a stall." I believe that most riders have experienced it.

However, in order to avoid such a situation, I decided to "slowly hold the clutch and slowly release it, but there was no improvement. For riders who experienced such difficulty, you may refer to the following.

In fact, operating too slowly may only have the opposite effect.

In conclusion, one of the reasons for the stuttering of shift gear is the "too slow clutch operation". Unlike a car, a locomotive has a fairly fast feedback from the engine, so after pulling the clutch, the speed will quickly drop to around the idle speed.

Therefore, if the clutch is fully gripped to cut off the power output, the main shaft and the auxiliary shaft will have a large speed difference immediately. If the clutch is engaged under such conditions, a sudden and severe engine braking can be expected.

But how can this situation be improved?

That is to not disconnect the clutch as much as possible, and complete the shift gear as quickly as possible.

The following steps are to be taken when upshifting

②Pull the clutch (half clutch)

When downshifting, the steps are as follows

The above steps ① to ④, or ① to ⑤ need to be completed almost simultaneously (within about 1 second).

By the way, step ③ of downshifting can be omitted until you are proficient. In addition, it is also recommended to avoid high-speed driving that requires refueling on general roads. 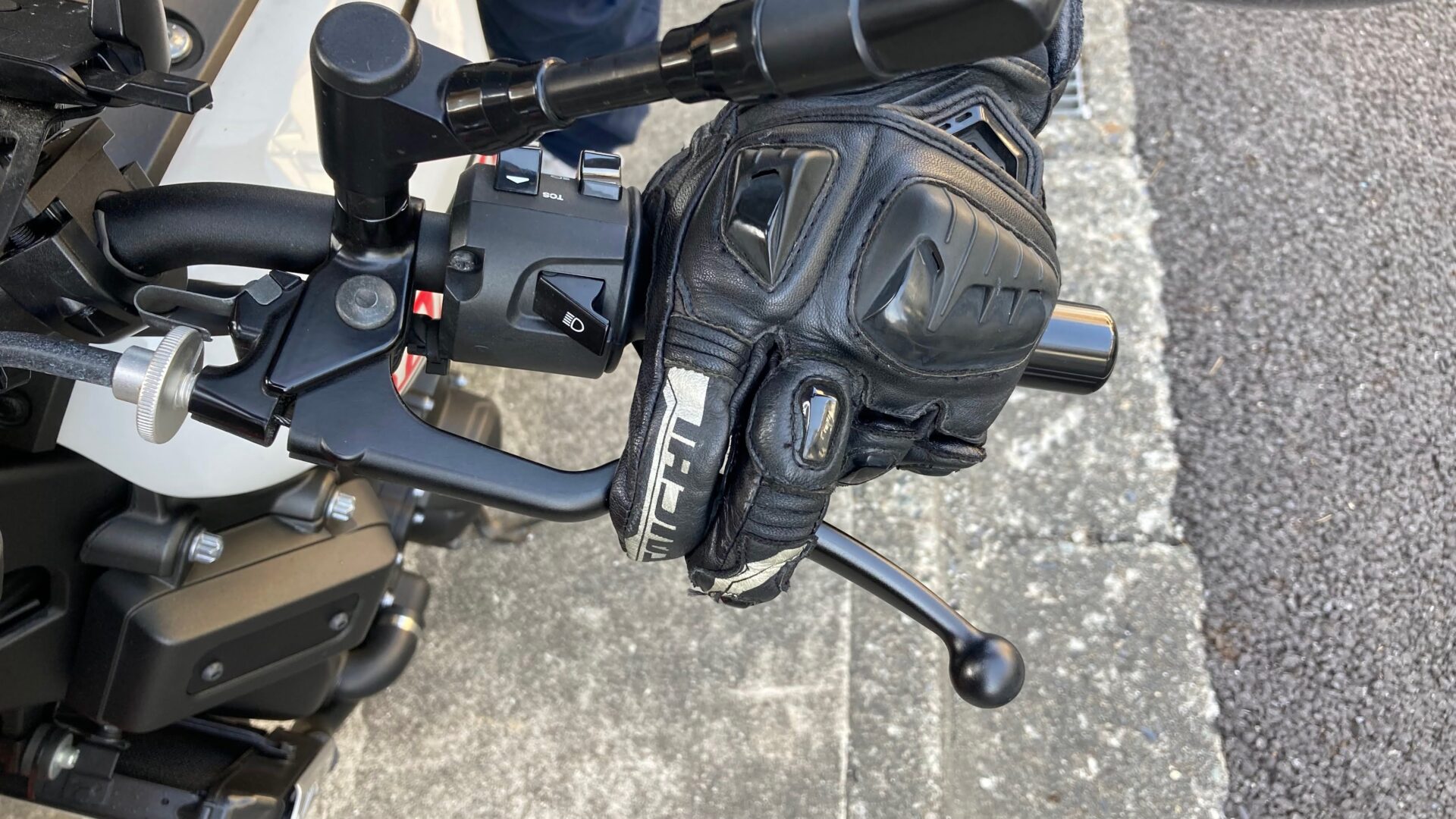 This "half-clutch" trip is usually shorter than expected and difficult to master. All riders must try the operation and be familiar with the half-clutch area of the motorcycle. And it is recommended to operate with two fingers to maintain the state of not fully grasping the clutch. 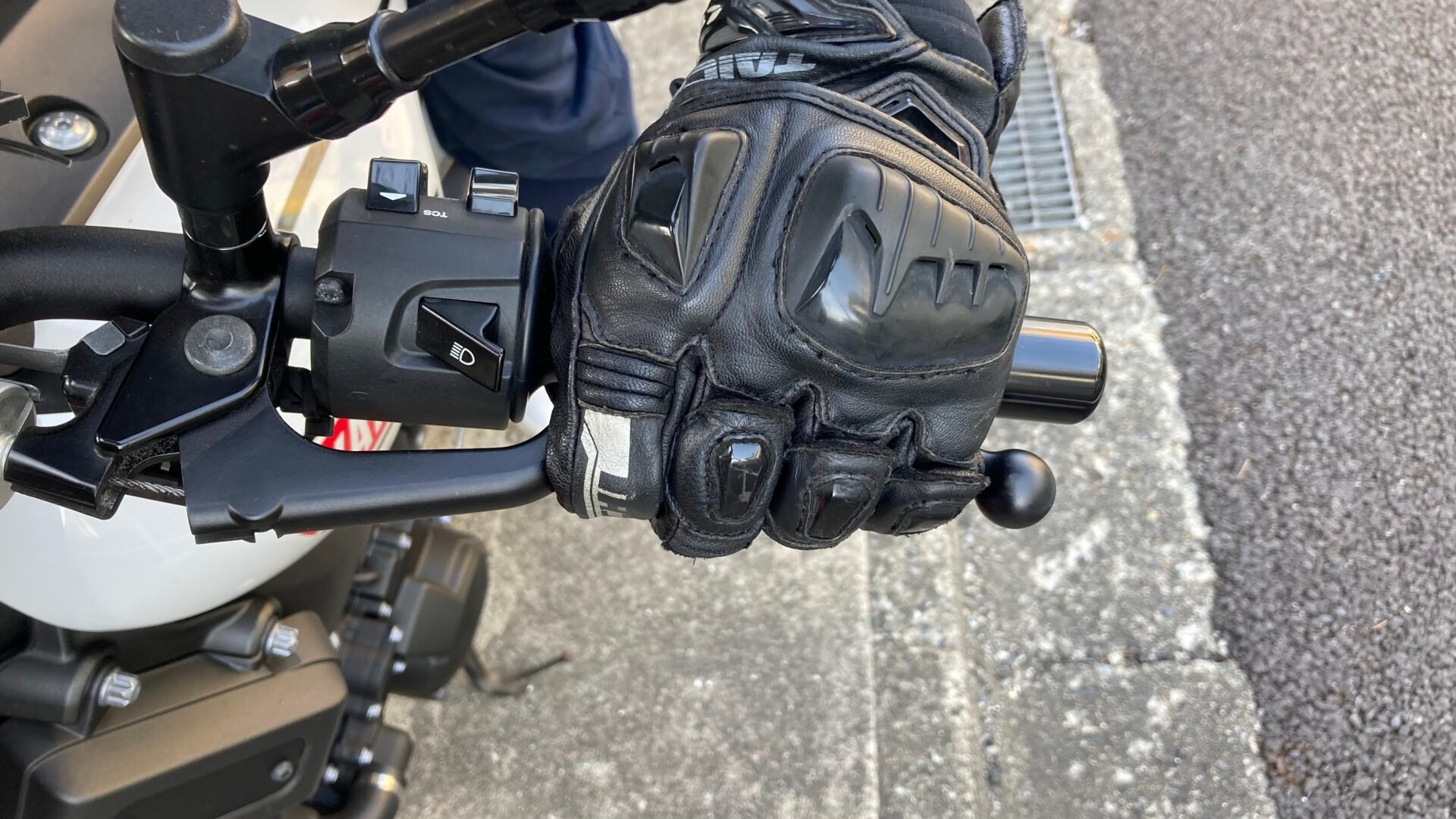 In the half-clutch state, if the clutch is pulled further, the clutch will be fully disengaged. At the same time, the engine revs drop rapidly, and engaging the clutch in such conditions can result in sudden engine braking and severe stuttering.

The picture on the left shows the relationship between vehicle speed and RPM when the clutch is fully disengaged for an upshift. The figure on the right is the relationship diagram under the half-clutch condition. I believe that it may be a little difficult to understand the first time you hear "slowly operating the clutch will cause the vehicle to stumble," but with the above content, the riders may be able to imagine the situation a little bit.

The shift lever is not for kicking, it should be pressed down to the end

Shifting the gears in a split second (1 second) may seem difficult to a novice at first glance. Moreover, the flexibility of the feet is not as good as that of the hands, and it is bound to require more effort when operating. For this reason, we also introduce the manipulation essentials of the left foot, hoping to allow more riders to master the tricks of shifting gears.

The key to operating the shift lever is actually similar to that of the clutch. You need to pull the clearance of the lever (pedal lever) first. That is to say, if you need to upshift, first press your foot up against the shift lever, and vice versa. Before the actual operation, you can feel the upper and lower gap of the shift lever with both hands. In fact, there will be a lot of room for operation unexpectedly.

Combining the techniques described above, before shifting gears, use your feet against the shift lever to prepare, and at the same time pull up the gap of the clutch lever, you can cut into the semi-clutch and shift up and down in an instant.

But although it needs to be operated quickly, it is not to manipulate the shift lever in a kicking way.

The above is the trick to complete up and down shifts in a short time. 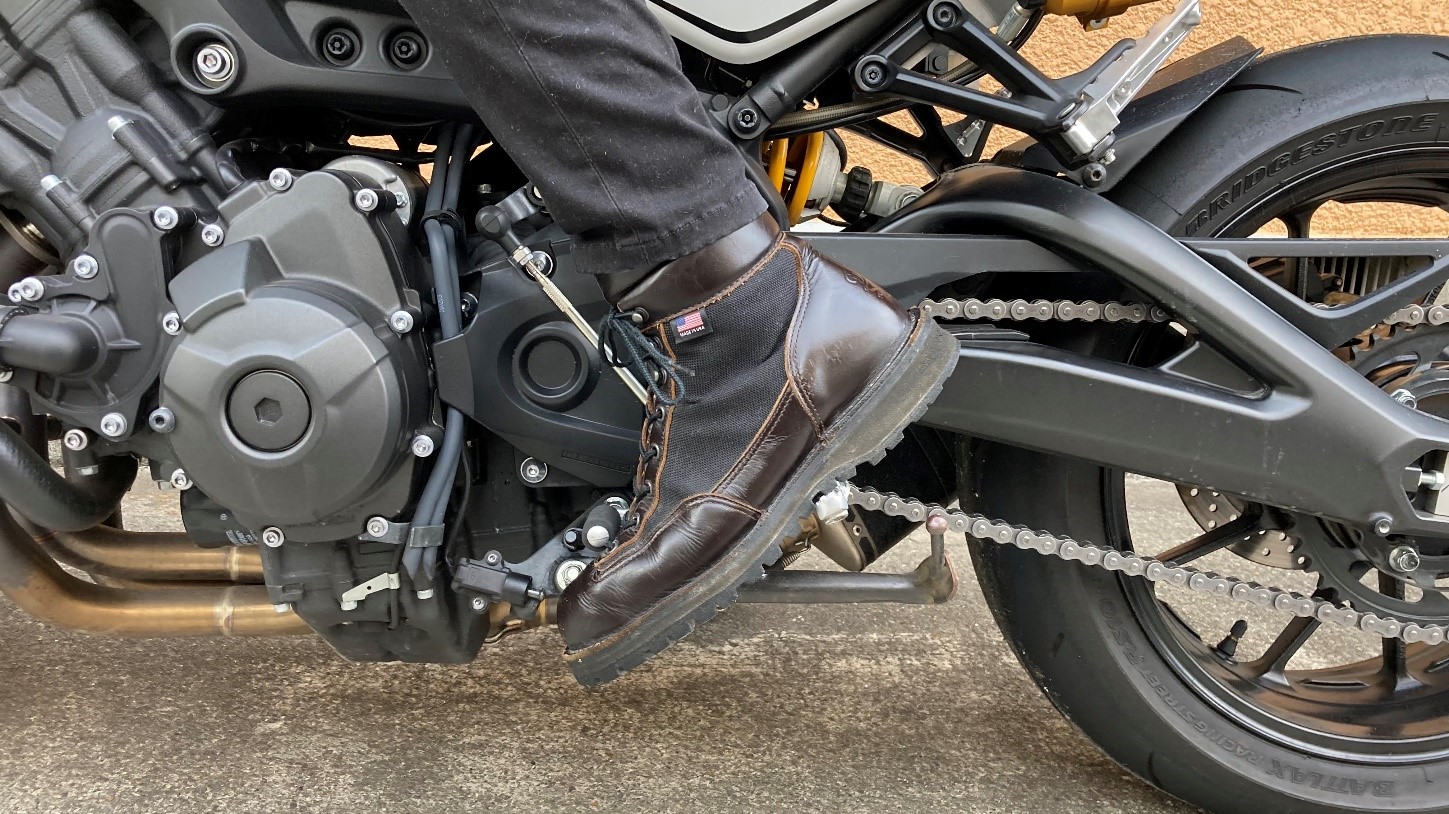 Using the ankle joint as the axis, press the shift lever. And at the moment of half-clutch, depress the pedals at the same time.

If the gap between the lever and the pedal is resisted first, the gear shift can be completed at an unimaginable speed. The photo is a schematic diagram of the upshift operation, and the downshift is also the same operation essentials. 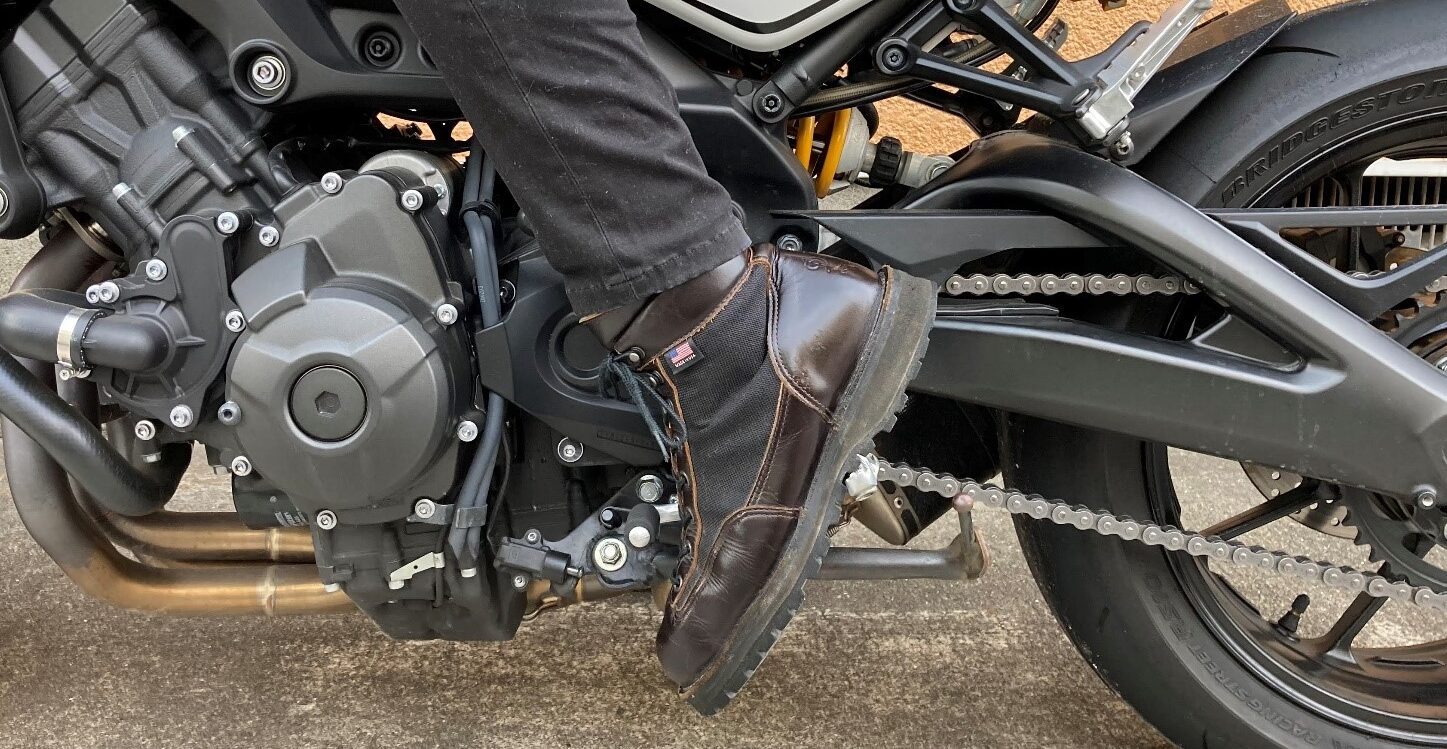 If you shift gears in such a posture, it is very likely that the shift lever will be manipulated in a "kick" manner. Therefore, it may not be possible to complete the upshift and downshift at the moment of half clutch.

This may be a patent for a large-displacement motorcycle. For example, if you are upgrading a motorcycle, you can try to enter the fourth or fifth gear as soon as possible when riding in the city, and try to maintain the speed at 2000~4000rpm. It is also recommended to maintain this riding style if you want to practice low-jerk shifting. Although it may be troublesome to change gears frequently, maintaining the riding in the rev range before the torque emerges will be a great trick to reduce the jerk. 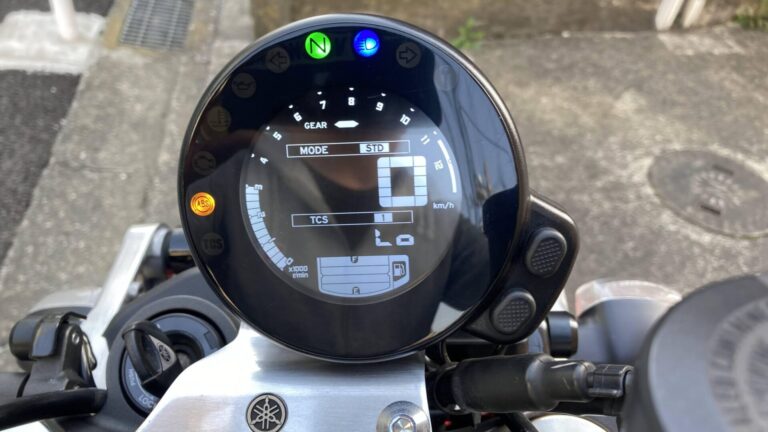 To ride at high, low revs often means frequent up and down gears.

However, the throttle response in the low-speed range is relatively stable, which can also reduce the sense of frustration during acceleration and deceleration.

Finally, although "slowly operating the clutch will cause the vehicle to stumble" may still be a little difficult to understand, I recommend that you still need to focus on fast and sure operation when changing gears. And shifting gears can also be practiced in urban areas. You might as well jot down the aforementioned skills and practice them, so that you can understand the difference!

What the Owner Says About the “Z900RS”? | Owner’s Review Summary
No Regrets on Choosing for its Looks! The More You Look Into The Honda X4, The More Amazing It Is!