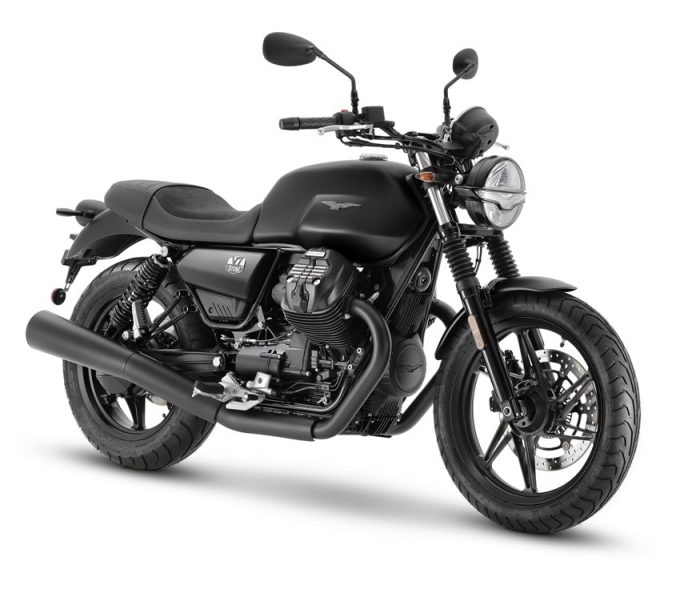 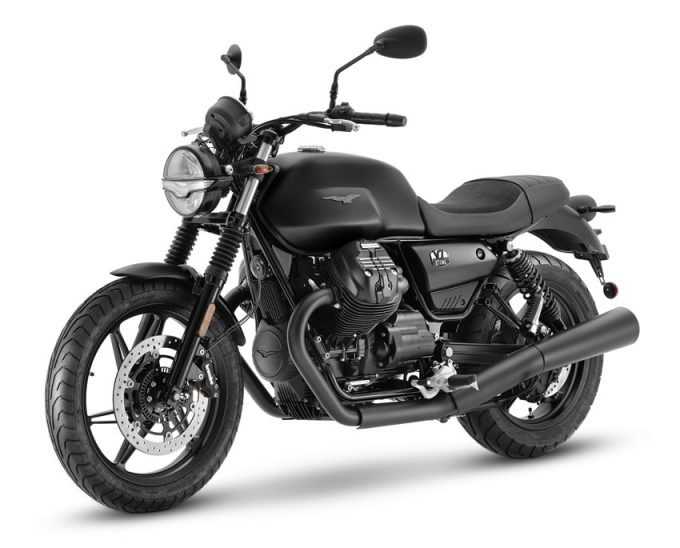 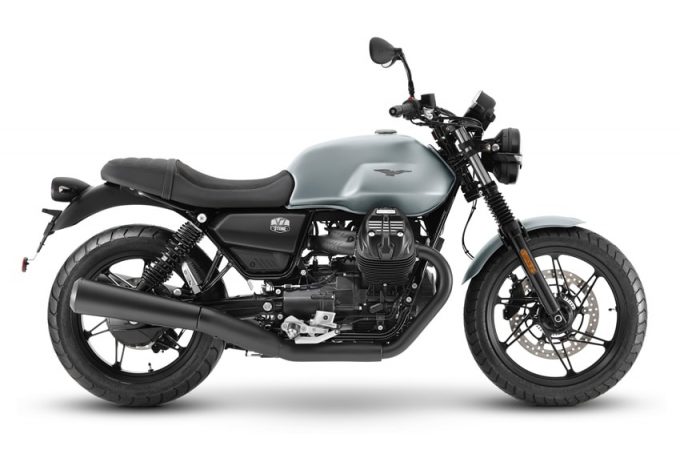 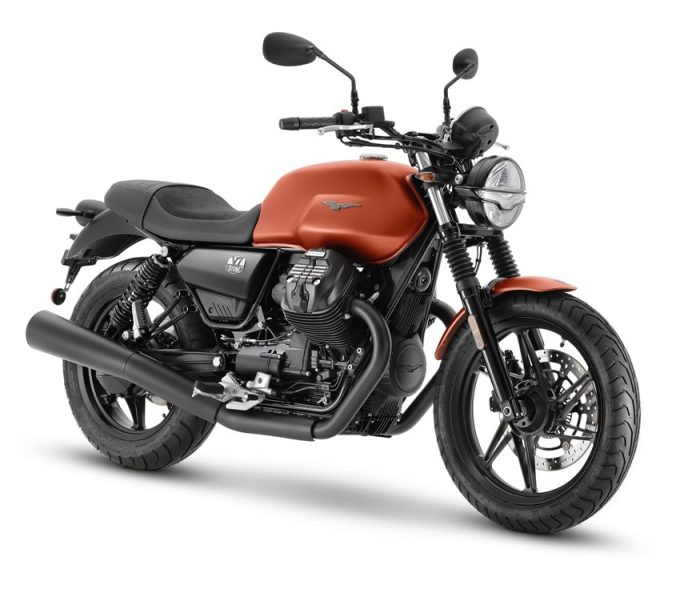 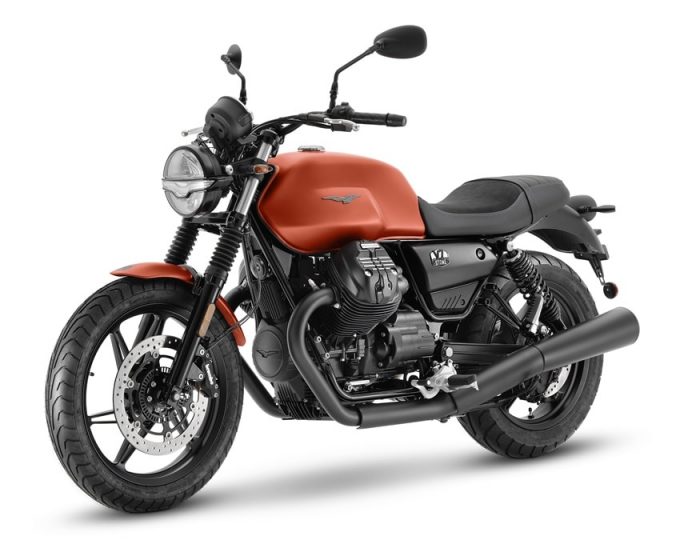 The V7 Stone is the most basic and minimalist version of the 850cc from Mandello. In keeping with recent tradition, no chrome parts are used and the dark matte black paintwork is combined with a new seat with grab straps for the passenger. The new full-LED lighting system features stunning headlamps with DRLs in the shape of the Moto Guzzi eagle, while the new instrument panel features a single, round, digital instrument panel in the shape of the eagle. The wheels are aluminium six-spoke with a new logo on the side panel. 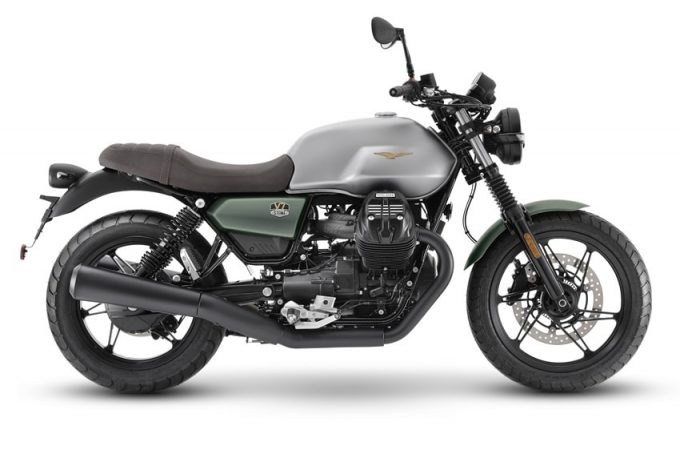 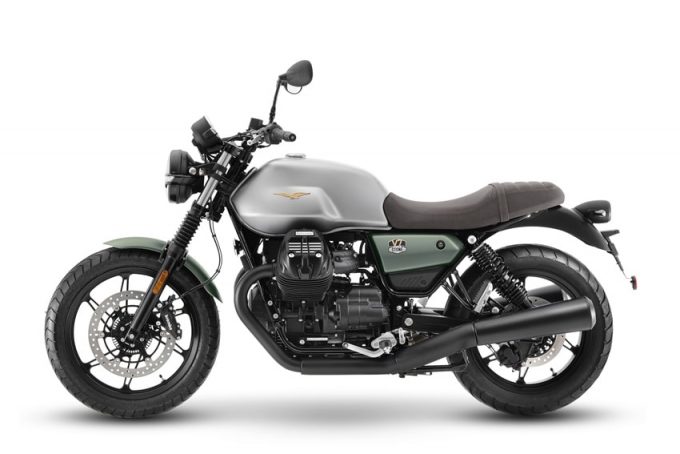 The "V7 Stone 100th Anniversary Special Edition" features special centenario graphics and pays homage to the Otto Cilindri eight-cylinder motorcycle, born in 1955 and still a classic of Moto Guzzi creativity and technical prowess. The matt colour scheme stands out with a grey tank and brown seat, combined with green on the side panels and front mudguard. The special gold colour of the eagle on the fuel tank and the name on the side panel also accentuate the look. 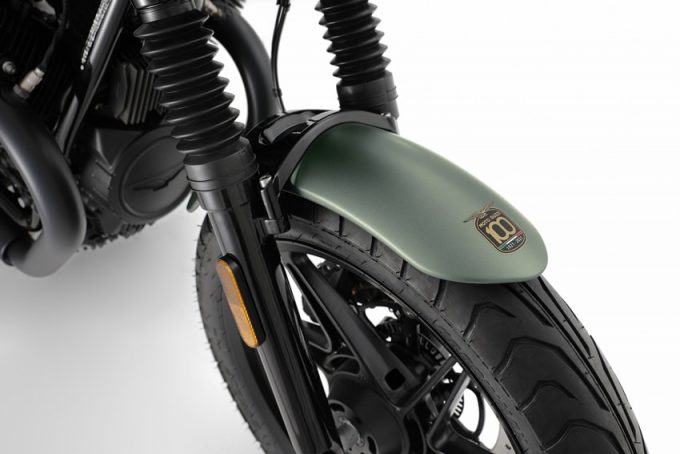 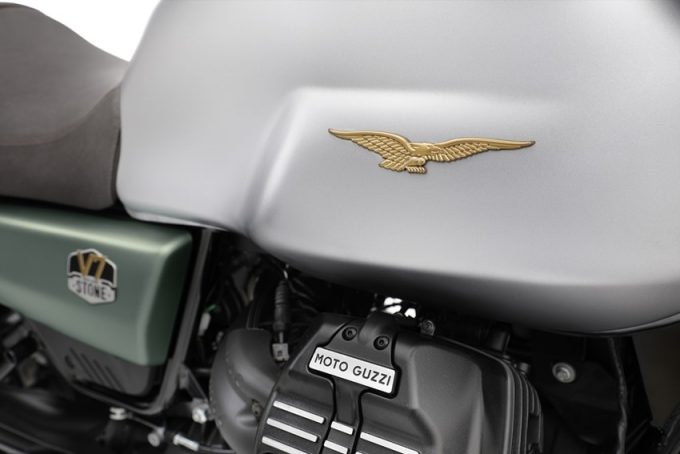 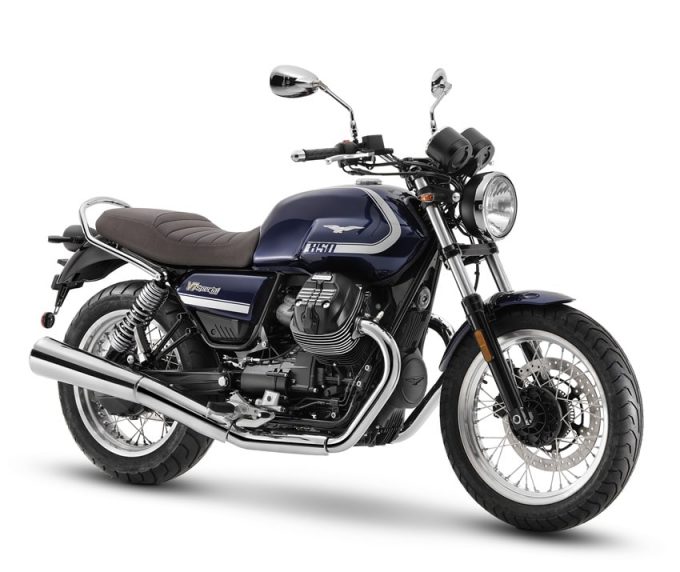 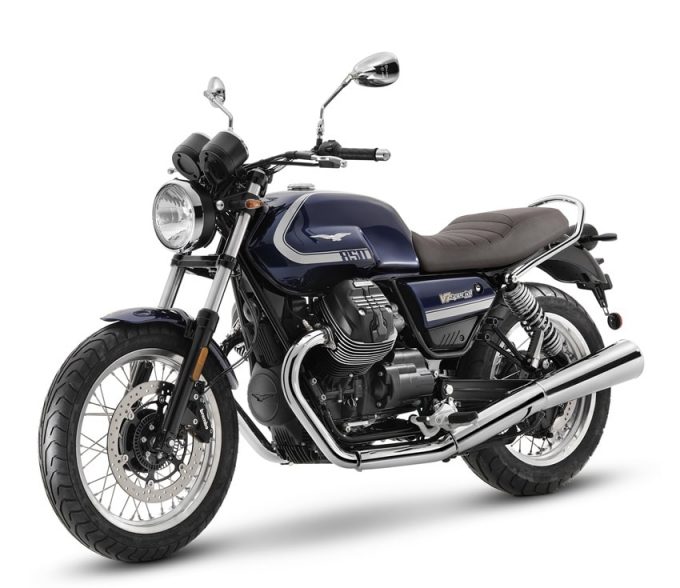 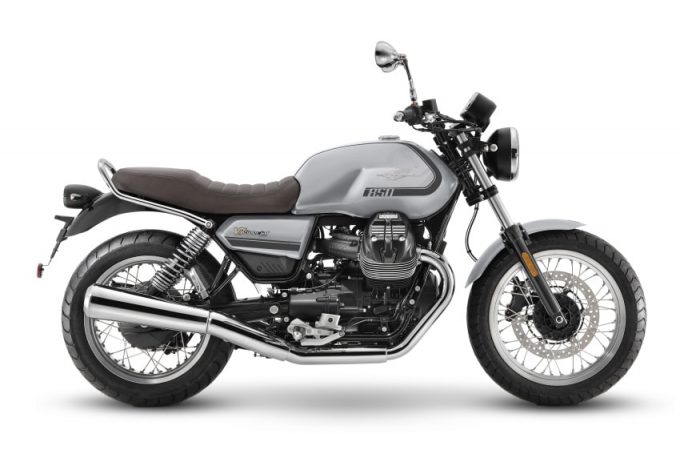 This version is the closest to the spirit of the original model. Classic and elegant, it features numerous chrome parts and vibrant graphics. A new world view is highlighted by a colour scheme that matches the colour of the tank and the characteristic colour stripes on the side panels. The spoked wheels feature glossy-finished rims and black painted hubs. The analogue instrument panel features a twin-lens instrument cluster and a chromed passenger grab rail is standard equipment. The light system features LED turn signals and taillights, while the headlamps are classic halogens. Details such as the cylinder with machined cooling fins and the exclusive brown seat emphasize the classic and elegant originality. 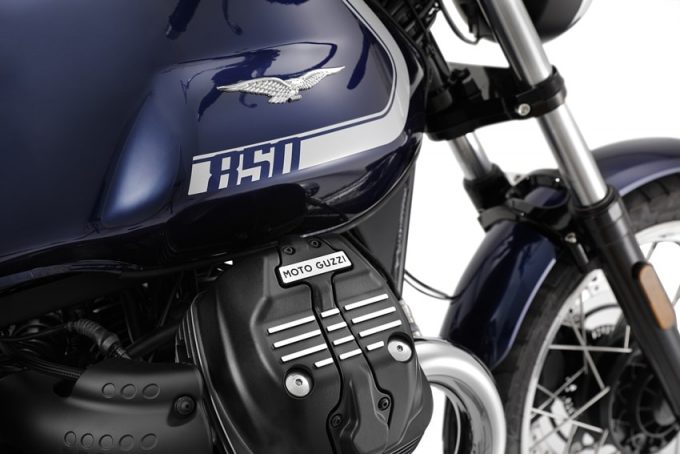 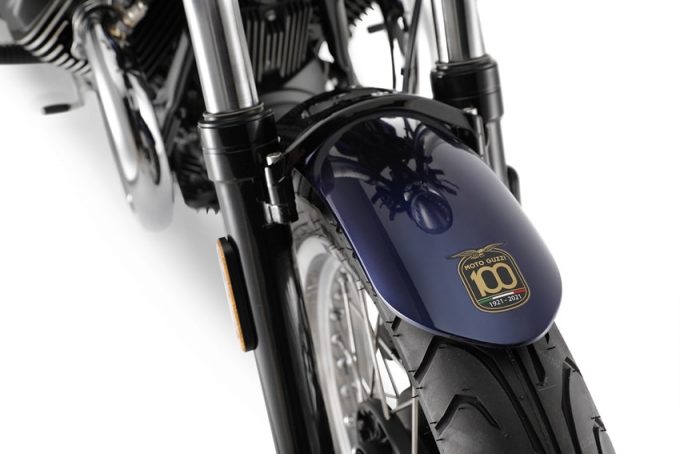