Honda has released a teaser of its brand new GB350 model at the Honda Motorcycle Fes 2021, which was held online on February 20 on its official website. The motorcycle was shown to the media as a planned production model.

The name "GB" is a nostalgic reference to the GB250 Clubman, which debuted in 1983, and the GB400 Tourist Trophy/MkII, which debuted in 1985, but as the name implies, this is a legitimate neo-classic model. The engine is an air-cooled OHC 350cc big single, just like the GB.

With the end of production of the 43-year old SR400, the new GB350 traditional big single is expected to become a long-selling model that embodies the style of motorcycles from different manufacturers. 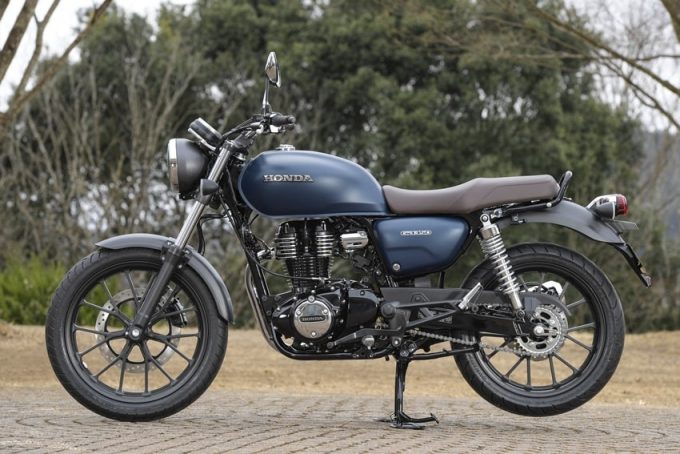 GB350, with the traditional 19-inch front and 18-inch rear hole sizes that create a 1970s-inspired style 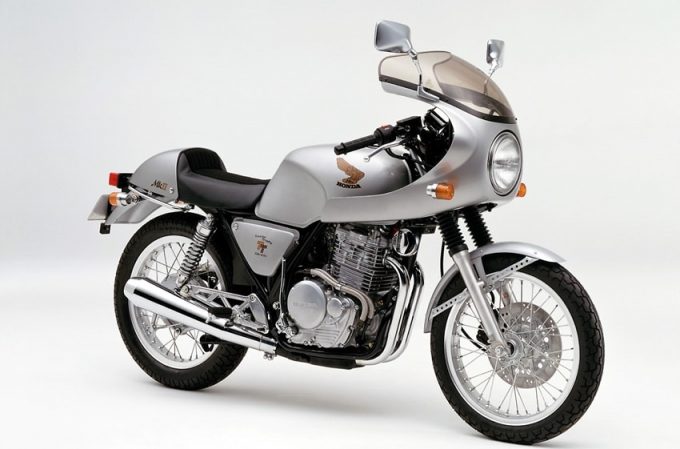 The GB400 Tourist Trophy MkII is the root of the GB350, and I hope they eventually release one with a rocket cowl.

The GB350 is expected to be priced at 550,000 yen including tax, with an expected release date in April. 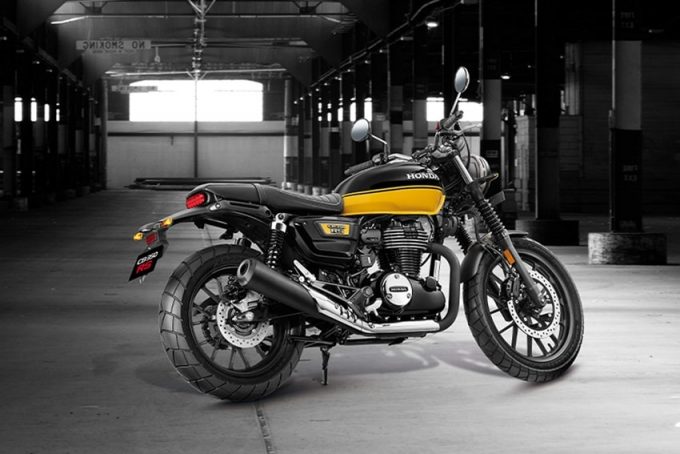 These numbers compare to the Yamaha SR400's 24ps/6500rpm and 2.9kg-m/3000rpm, and as you can see, the torque values are outstanding. This is probably due to the long-stroke design of 70 x 90.5 mm compared to the SR's bore x stroke of 87 x 67.2 mm, and even though the displacement of the GB350 is about 50 cc smaller, it is considered to be a model that can provide the same or better throbbing as the SR.

The engine of the H'ness CB350 meets India's Bharat 6 emissions regulations, and the GB350 is expected to meet Japan's 2020 emissions regulations as well, so there will be no need to worry about the rare air-cooled engine model disappearing from the lineup for the time being. 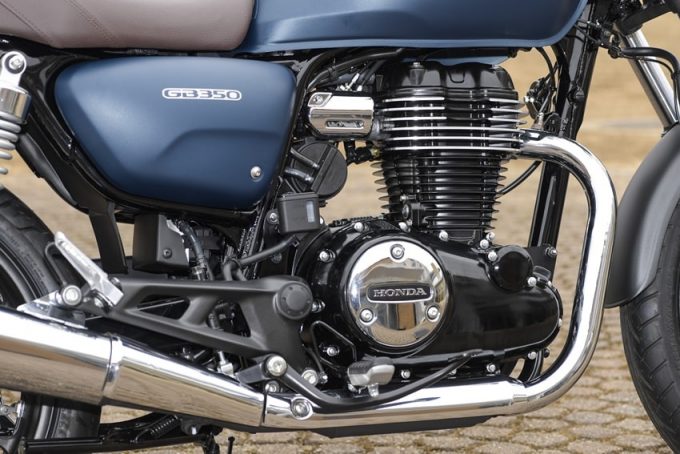 One of the two balancer shafts is added to the main shaft to make it more compact.

User-friendly than SR! Equipped with AS clutch for lighter clutch and Traction Control for Safety.

Even though the GB350 has a traditional concept, it seems that modern technology has been introduced aggressively. The brakes are front and rear disc type with ABS and traction control, which gives a high sense of security even in bad conditions such as rain. In addition, the clutch lever input burden may be greatly reduced by the assist slipper clutch.

Full LED lights accentuate the traditional style of the vehicle. The analog single-lens meter has an LCD window that displays a gear position indicator, clock, and fuel gauge, making it highly convenient. 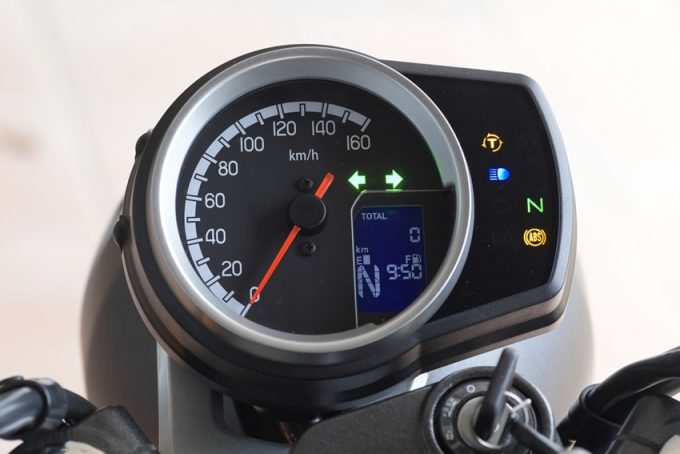 A simple meter without a tachometer. The Indian version is equipped with Honda's smartphone voice control, but the Japanese version does not appear to have it. 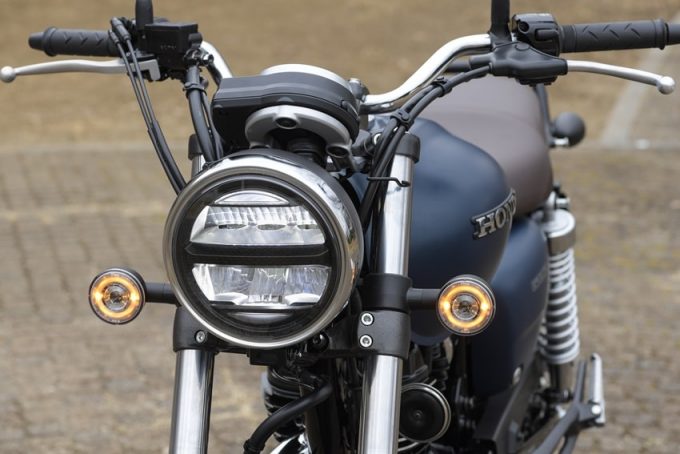 The LED headlights are round eyes with high, low, and position lights set at the top. The blinkers are also LED. 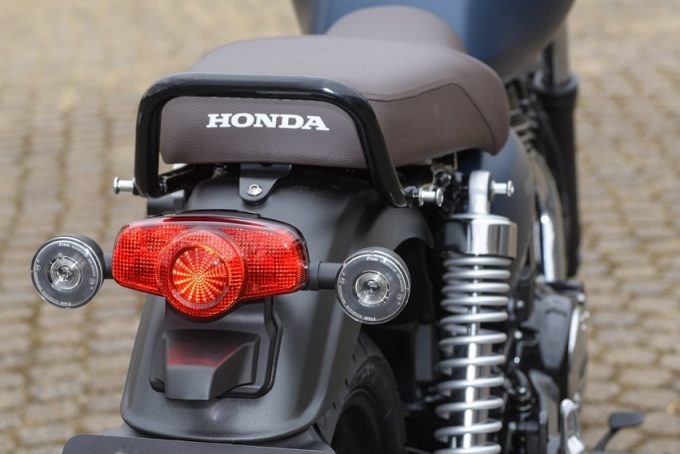 The taillights are also LED, and the shape is based on the traditional design of CBs from the 1970s. 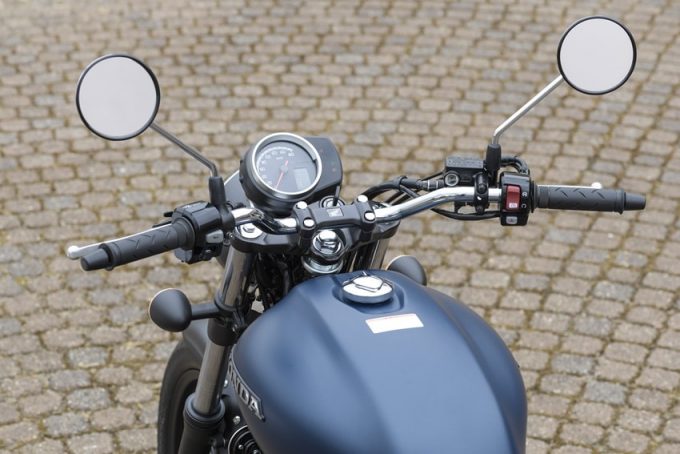 Simple pipe handlebar and switch area. The hazard is located on the right thumb. The cell is integrated with the kill switch. 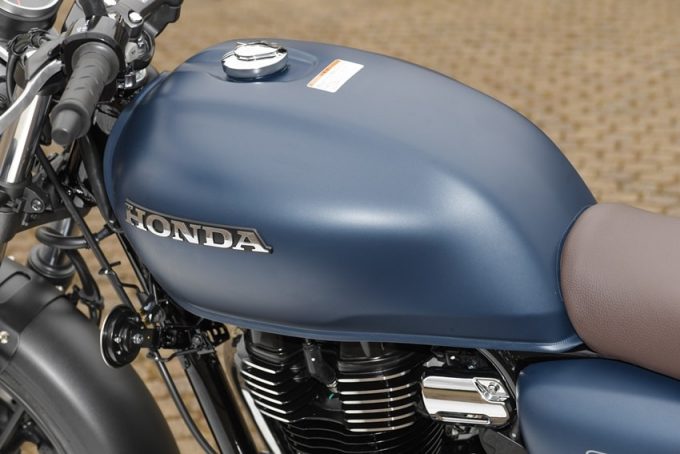 The fuel tank capacity is 15 liters. The shape is impressive, with an overhang similar to the CB1100. 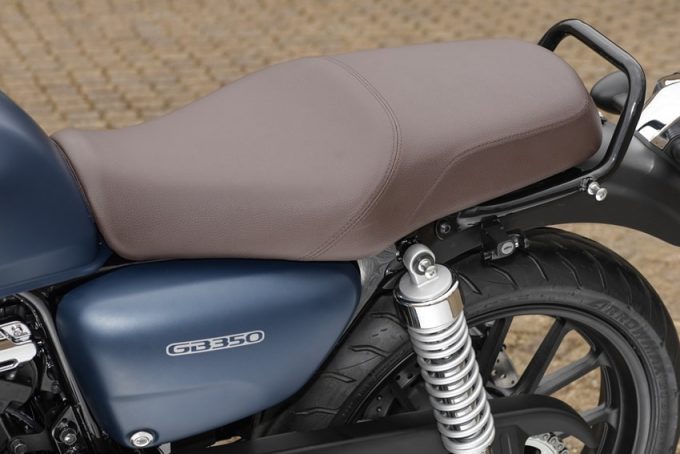 The seat is an integrated front and rear unit with a stylish brown leather surface. A grab bar and helmet lock are also included. 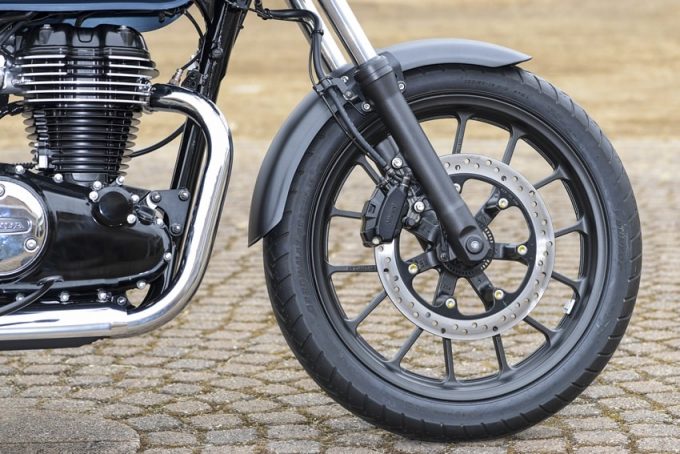 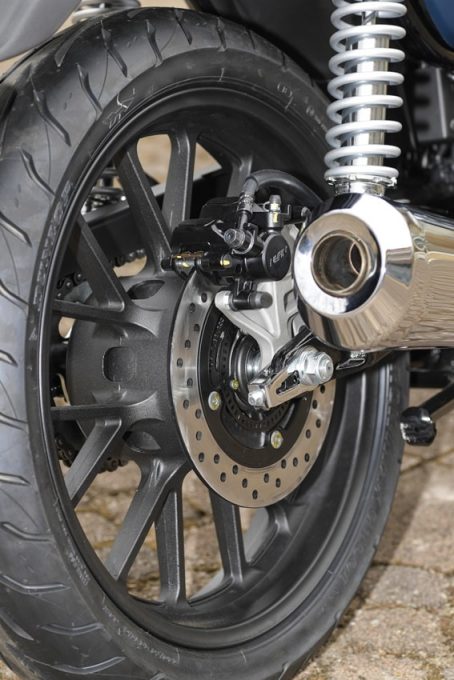 Rear brakes are 240mm disc calipers with a single pot. 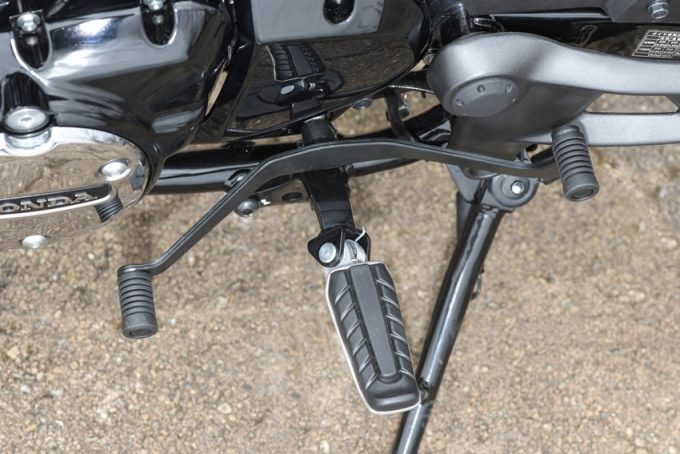 Shifting is done with a seesaw pedal. A rare feature for a sports motorcycle. 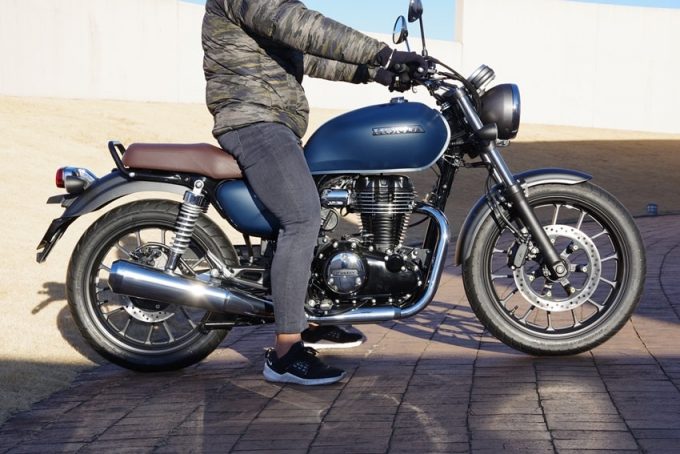 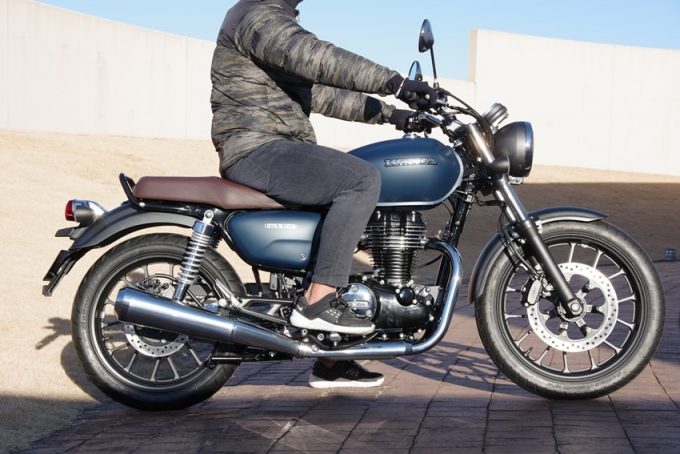 The seat height is 800mm (Indian specification), which is not low at all. With a height of 177cm and a weight of 77kg, the foot grounding and riding position are as shown.