SUZUKI has been completely revamped its flagship large motorcycle, the Hayabusa, and will start selling it around the end of February 2021 in Europe, North America, Japan, and other markets around the world.

The new Hayabusa, now in its third generation, is the first model in 13 years to undergo a complete refinement. Based on the development concept "Ultimate Sport" that has continued from the first generation, the new Hayabusa further evolved its unique design with high aerodynamic characteristics and excellent riding performance.

The design, instantly recognizable as the "Hayabusa," features a flowing form with bold surfaces and a forward-leaning posture for sharp, edgy styling. The body color is two-tone with different accent colors from the body color used for the air intakes on the left and right sides of the front face, the sides of the body, and the rear.

In addition, for the first time on a SUZUKI motorcycle, a turn signal with an integrated position light was used at the edge of the air intake. The 1,340-cm3 inline four-cylinder engine is equipped with an electronically controlled throttle and changes to the intake and exhaust mechanisms to improve output and torque at low and medium speeds, while pursuing aerodynamic characteristics to ensure that high-speed performance is not compromised. The new model complies with Euro 5 emissions regulations, which will be introduced in Europe for new motorcycles from 2020 (European specifications).

The new S.I.R.S. (SUZUKI Intelligent Ride System) electronic control system features SDMS-alpha (SUZUKI Drive Mode Selector Alpha), which allows the driver to select from five control patterns, including power characteristics, traction control, and engine brake control. Moreover, a speed limiter that prevents the vehicle from exceeding the set speed limit has been adopted for the first time in a motorcycle*. By setting a large number of modes for various electronic controls, it is able to respond to a variety of driving situations, user preferences, and skill levels, from city driving to touring to circuit riding.

*SUZUKI research as of February 2021. 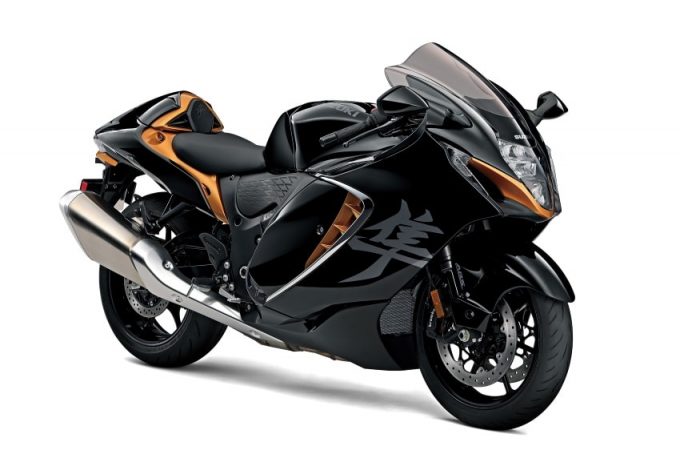 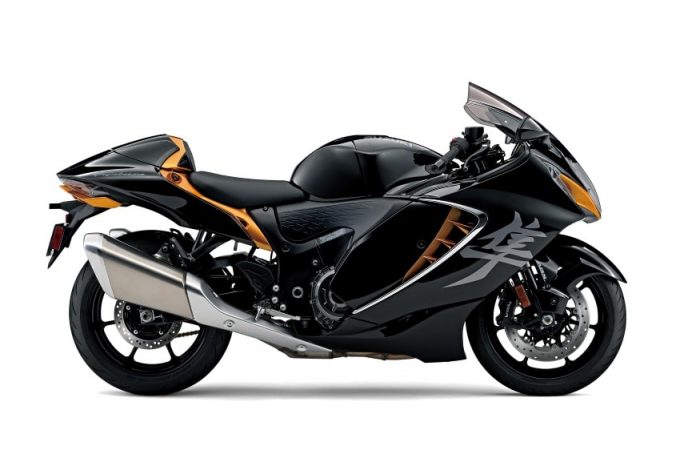 History: Hayabusa is the legendary model that was the first mass-produced motorcycle to breakthrough 300km/h.

In the latter half of the 1990s, the race for performance among mid-sized racer replicas shifted to the battle for the highest speed among large motorcycles, and the three Japanese companies fought it out to reach the 300km/h mark. In 1999, the first motorcycle to exceed 300km/h was the first GSX1300R Hayabusa. The Hayabusa overwhelmed with its maximum output of 175PS from its 1300cc engine, which was a size larger than its rivals. Not only that, but the GSX-R's chassis was also highly regarded for its outstanding sports performance. 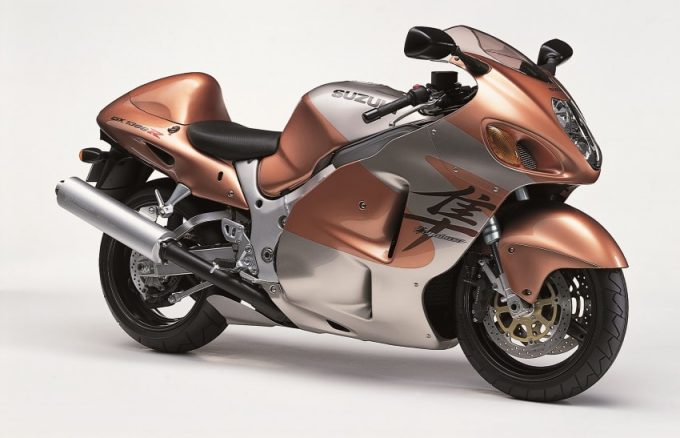 ▲GSX1300R Hayabusa (1999 model) In 2001, a speed limiter was added to limit the speed to 300km/h, ending the battle for maximum speed. The Hayabusa continued to evolve as a touring model. The 2008 model, the second generation, had a larger displacement of 1340cc and was equipped with dual throttle valves, resulting in 197PS of powerful acceleration and easy handling. In 2014, the Japanese version of the Hayabusa was introduced with full power, and for the first time, ETC was standard. 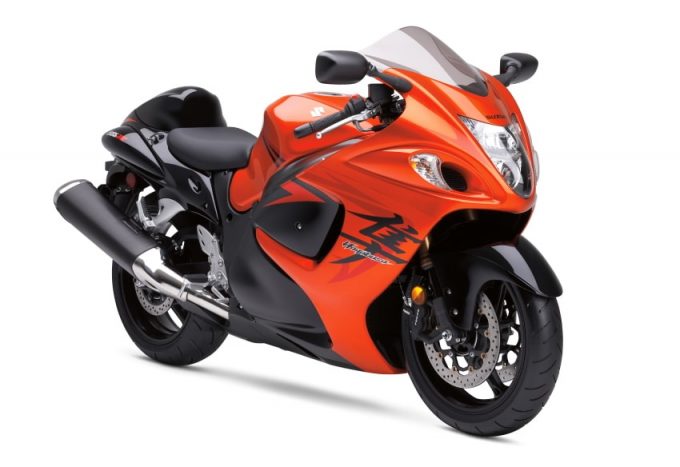 Royal Enfield Opens Tokyo Showroom, a Hands-on Space with the Scent of Bright British Motorcycles
SAPEURS-POMPIERS is Back with a Sparkle