Some specifications of the CBR250RR were changed. The new CBR250RR features powerful power output characteristics from low to high speeds, and a higher power-to-weight ratio for greater maneuverability and improved total control performance as a supersport model.

The power unit features tinned piston ring grooves and carburized connecting rods that have been strengthened by carburizing to accommodate the higher compression ratio of the new piston shape. To minimize friction loss, the balancer shaft was made smaller in diameter, the valve spring load was reduced, and a notch was added to the lower end of the cylinder to reduce pumping loss in the engine. By optimizing the ignition timing and intake system components, and changing the internal structure of the muffler, the maximum output and torque have been improved compared to the previous model.

The throttle-by-wire system, which controls the throttle valve more precisely in response to throttle grip operation, has been optimized for each parameter setting in the riding mode, allowing the rider to select three different power output characteristics to suit his or her preference.

In terms of the undercarriage, the front suspension has been designed to reduce friction and optimize damping force, making it easier to handle in the city while improving road-following performance in sports driving.

In addition, an assisted slipper clutch has been newly adopted as standard equipment to reduce the clutch lever operating load and rear-wheel hopping associated with downshifting, and a "quick shifter "*1 is available as a separately sold factory accessory to enable quicker shifting operations during upshifting and downshifting. It provides a more maneuverable, comfortable, and smooth ride.

The CBR250RR is equipped with a steel tube truss frame that is both rigid and supple, and an engine that combines power in the low to mid-range rpm range with the sharp power output characteristic of a supersport bike that blows up to the high rpm range. The front suspension is an upside-down type, while the rear features an asymmetrical aluminum swingarm and a Pro-Link suspension with excellent road-following performance. This supersport model is popular with a wide range of people, especially young people, for its maneuverability that fully exploits its outstanding dynamic performance. 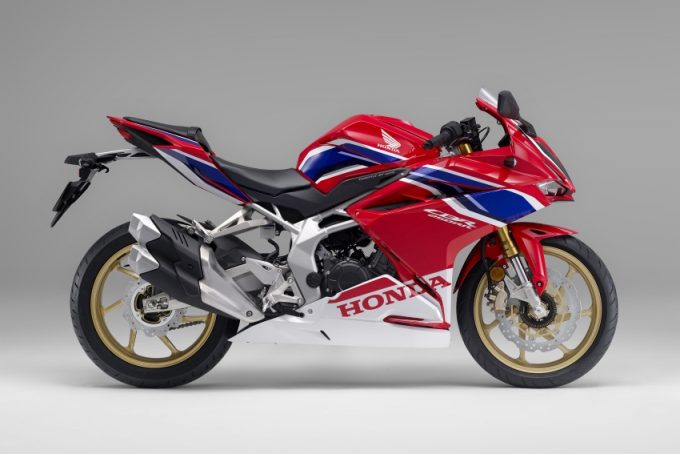 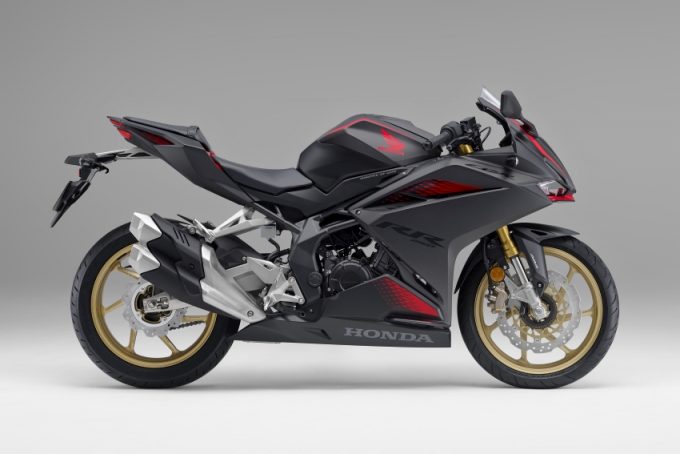 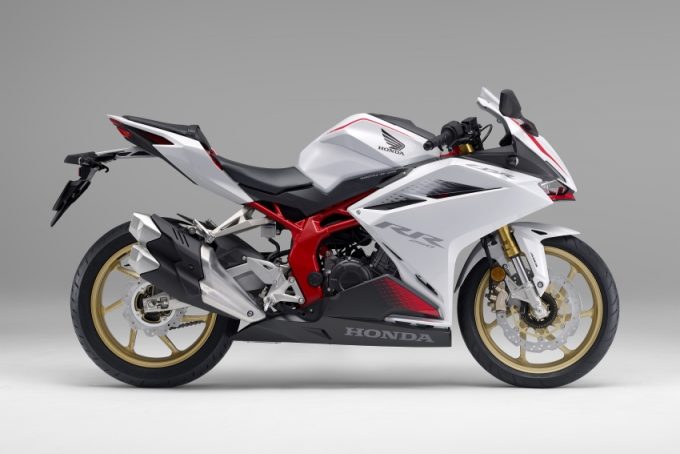 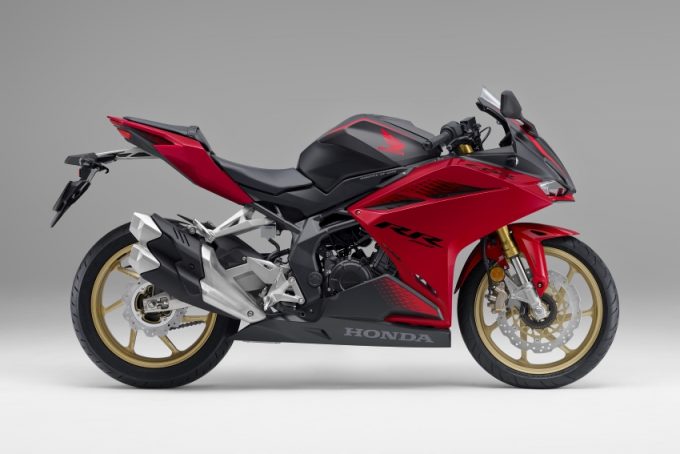 *2: The fuel consumption rate is a value under the specified test conditions. They vary depending on various conditions such as the customer's operating environment (weather, traffic congestion, etc.), driving method, vehicle condition (equipment and specifications), and maintenance status.
*3: Local fuel consumption values are fuel consumption rates based on actual measurements at constant vehicle speed.
*4: The WMTC mode value is a calculated value based on the results of emission tests conducted in the international standard driving mode, which includes starting, accelerating, and stopping. Driving mode classes are classified according to displacement and maximum speed.