A neo-classical big naked, Honda CB1100 / EX / RS 2019 model change information has been announced. In CB1100, the fuel tank is increased from 14L to 17L. EX is equipped with front fork boots while RS is equipped with a damping force adjustment type rear suspension, and details are aged and each new coloring developed.

Showa's SDBV (Showa Dual Bending Valve) front fork that demonstrates smooth damping force characteristics is adopted for the basic type CB1100, and the fuel tank is increased from 14L of the current version to 17L.

Coupled with the fact that the wadding processed seat is also attached, you will be able to enjoy a high-quality and comfortable ride comfort even in long-distance driving. Also, regarding the exterior, the body color is dark black metallic with an intense feeling.

The engine, the front and rear fenders, the wheels and so on are black toned, and the contrast with the metallic material of each part exudes a high-quality beauty. 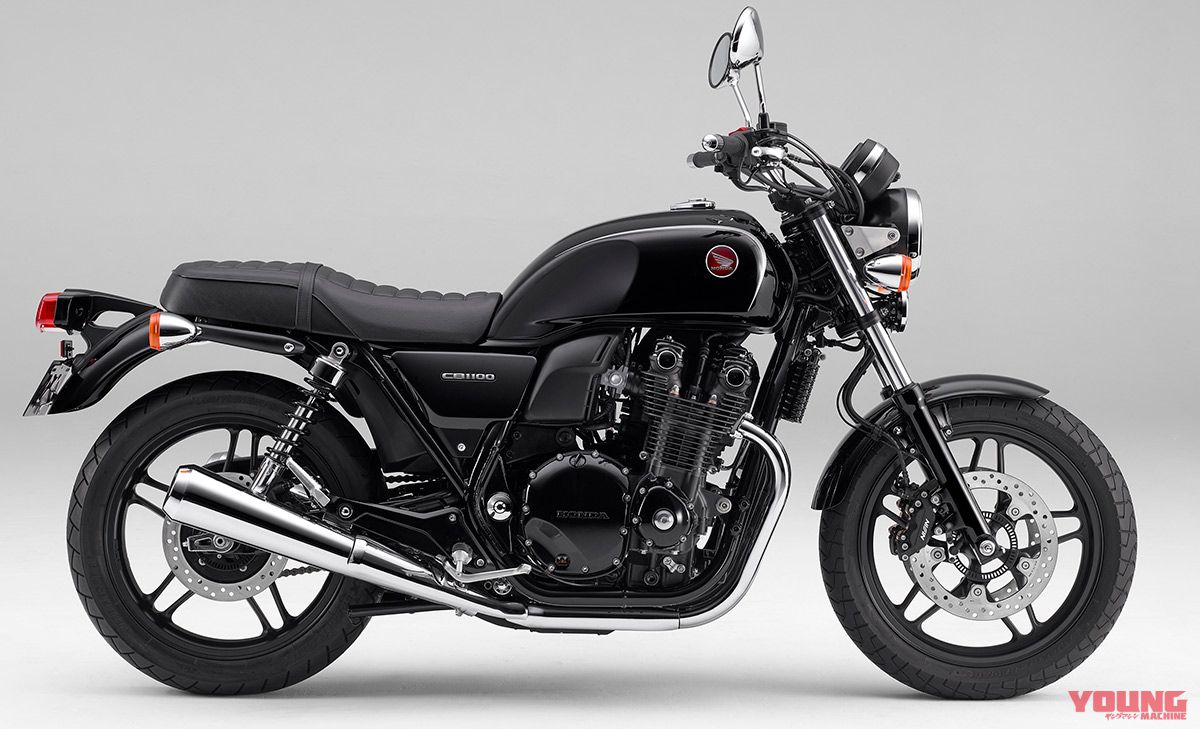 The CB1100EX which was designed based in the European taste to CB1100, new fork boots protecting the front inner pipe are newly attached and it is an accent of the front part. 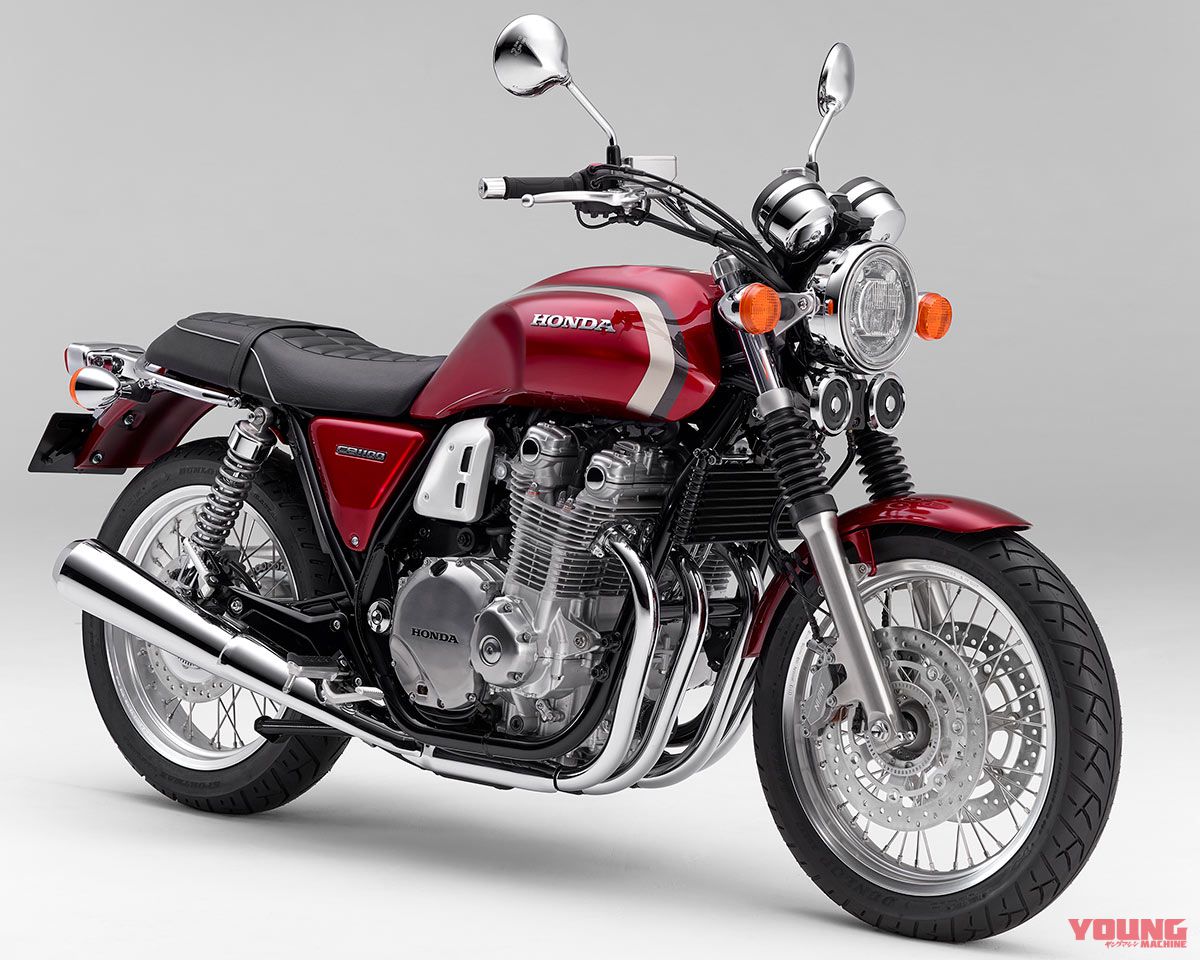 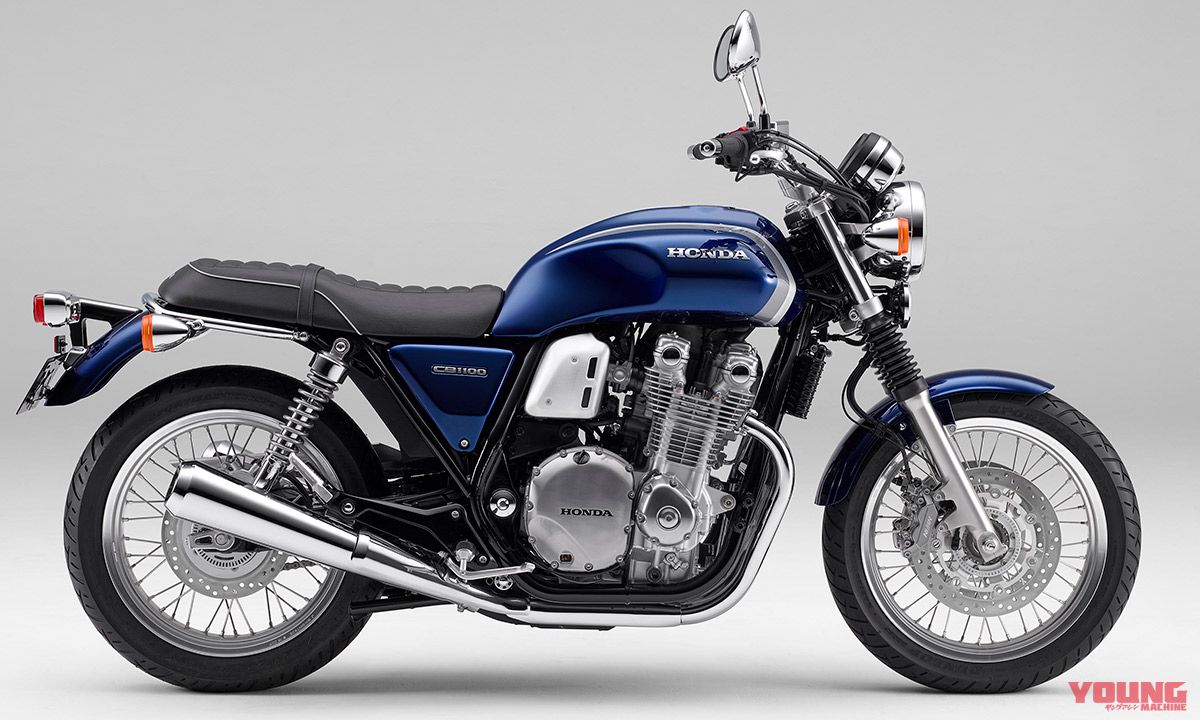 CB1100RS which added sports taste to CB1100, rear suspension with damping force adjustment function is adopted and under suspension aged. The appearance is a sporty atmosphere due to side-covers of black alumite finish with hairline finish, center stripe on the top of the flangeless fuel tank, aluminum air cleaner cover etc. 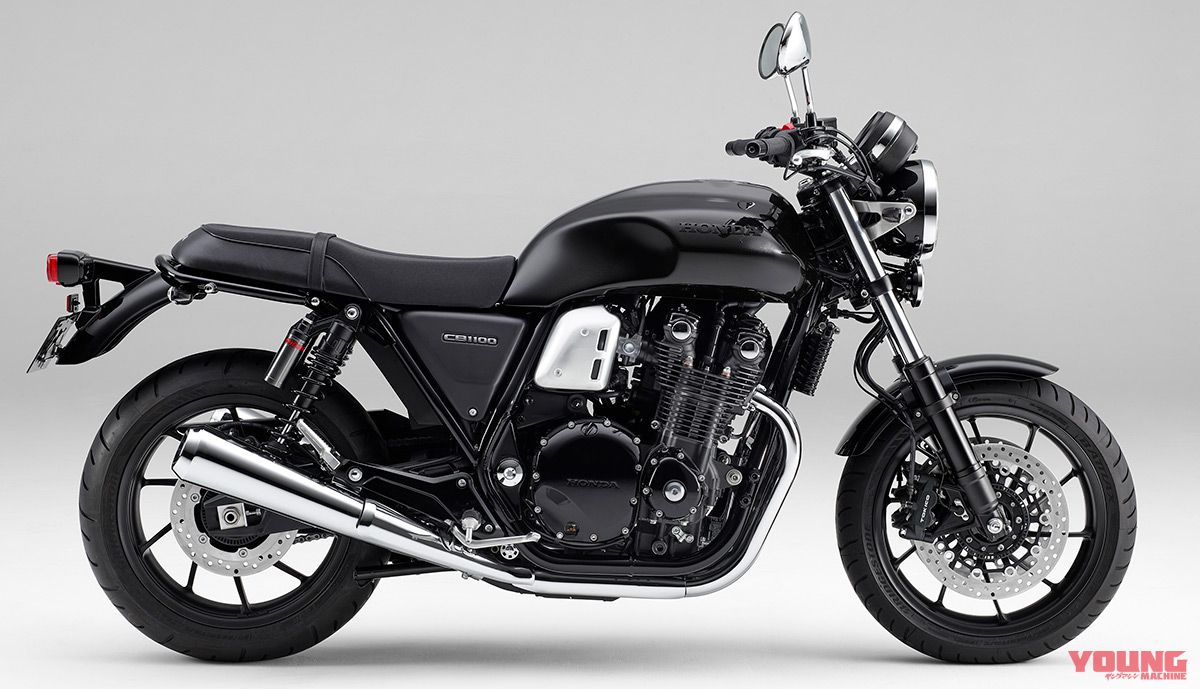 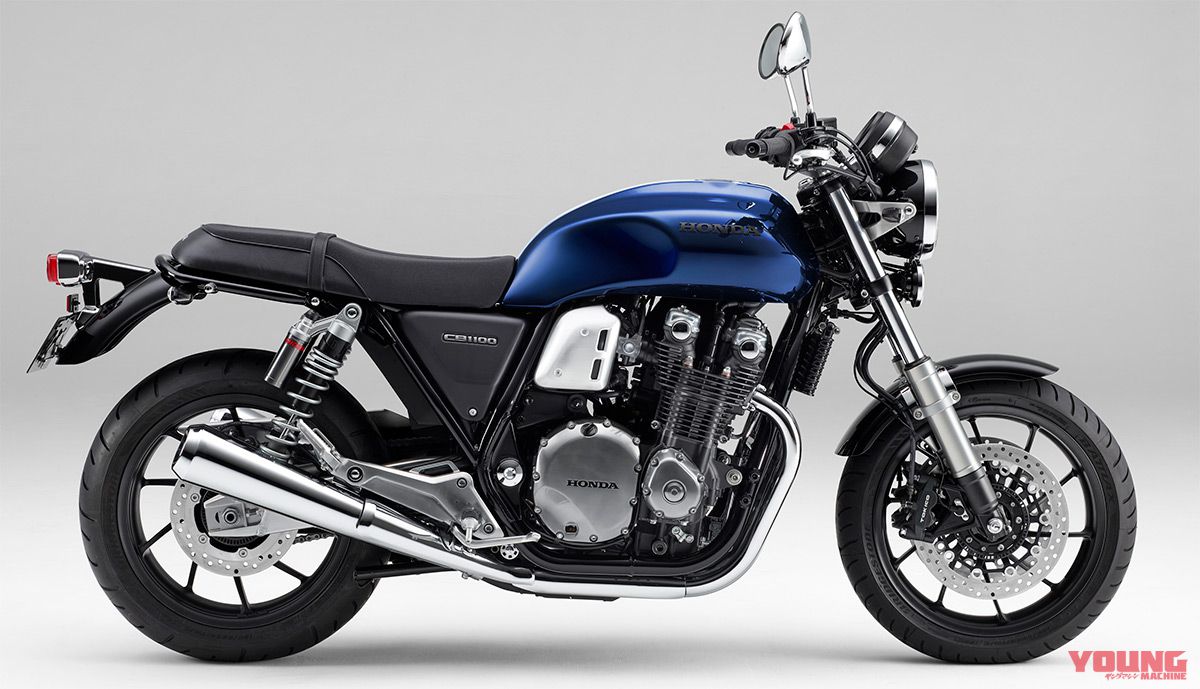