ホーム
News
The Result of a Terrible Experience with a Lever that is Rumored to Never Break.

Clutch and brake levers that you never want to break

It is not uncommon for a motorcycle to tip over while riding off-road. The motorcycle itself is sturdy and rarely breaks, but the clutch and brake levers, which are necessary to operate the motorcycle, can easily break, depending on where they are hit, even if the rider is just standing there. No matter how shiny the motorcycle is or how healthy the engine is, if you cannot operate it, you have no choice but to push the lump of steel or aluminum with wheels back home.

I was thinking that I never want to break a lever, but then I found a lever that has an astonishing prestige that cannot be broken.

In this article, we will introduce the lever and verify if it is true that it does not break or not by having it actually broken.

They have a lever that won't break.

Now, the levers that play the leading role in this issue are products of POLISPORT,  a Portuguese brand that supports off-road motorcycle users all over the world. In addition to levers, POLISPORT has a wide lineup of various protection parts, including affordable full cowl sets and odd-shaped headlights. 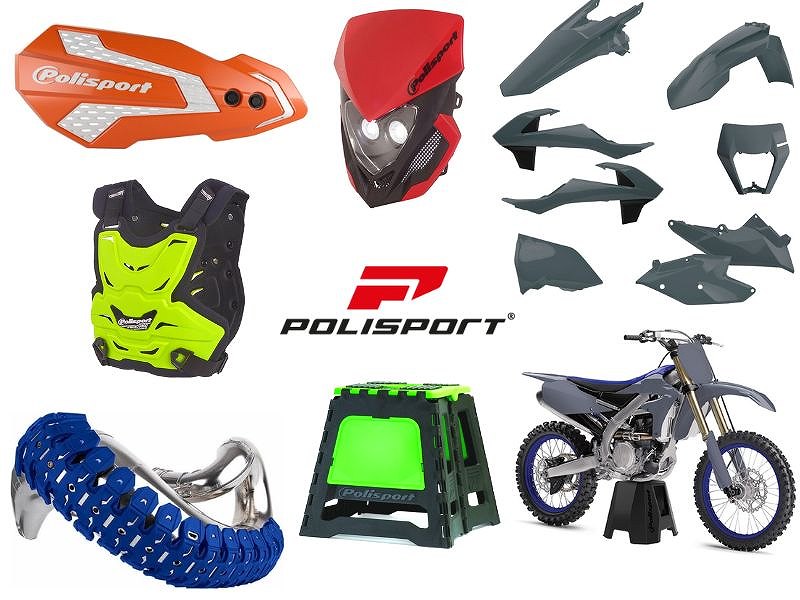 The description of the relevant lever on the official POLISPORT website is as follows. 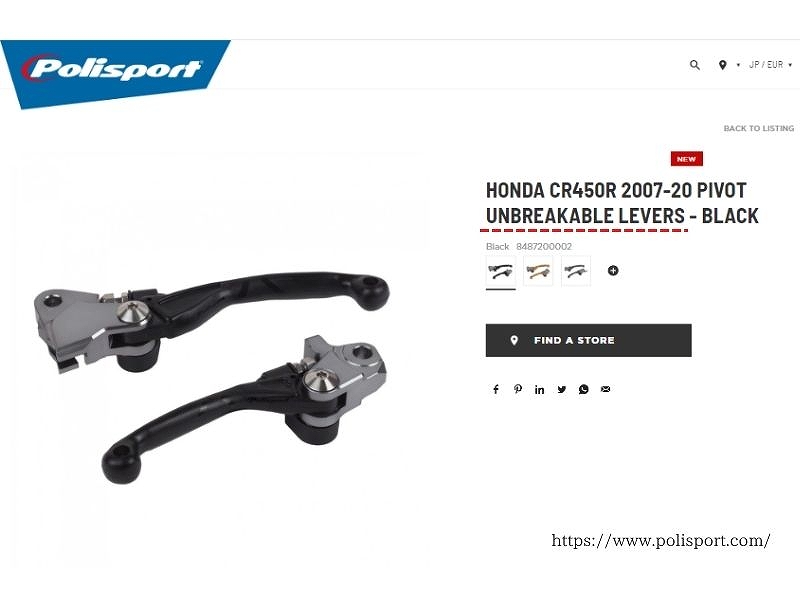 He assured me that it would not break.
Things that have a shape will break someday.
In such a world, it may not be absolutely unbreakable, but I am quite curious to see how unbreakable it is. 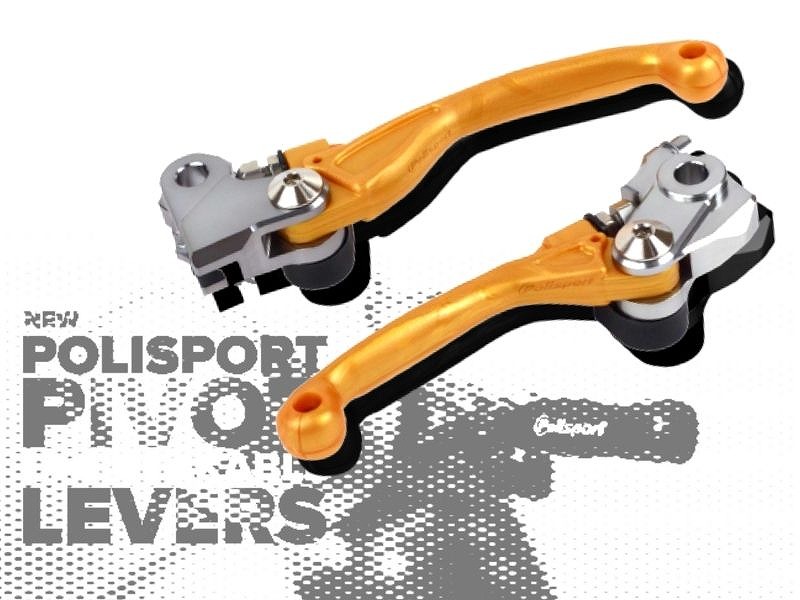 Product Name: Pivot lever set
Product configuration: Clutch lever x 1 Brake lever x 1
Polisport's proprietary Aero Parts Technology was used to develop a break-resistant lever that maintains the feel of the factory lever and does not bend during use, even in extreme conditions. The levers are designed to fit the stock perch and master cylinder, and the pivot part is made of CNC machined high-grade aluminum. Both clutch and brake sides are short 3-finger types. The lever is a pivot type that moves outward to prevent damage in the event of a crash. 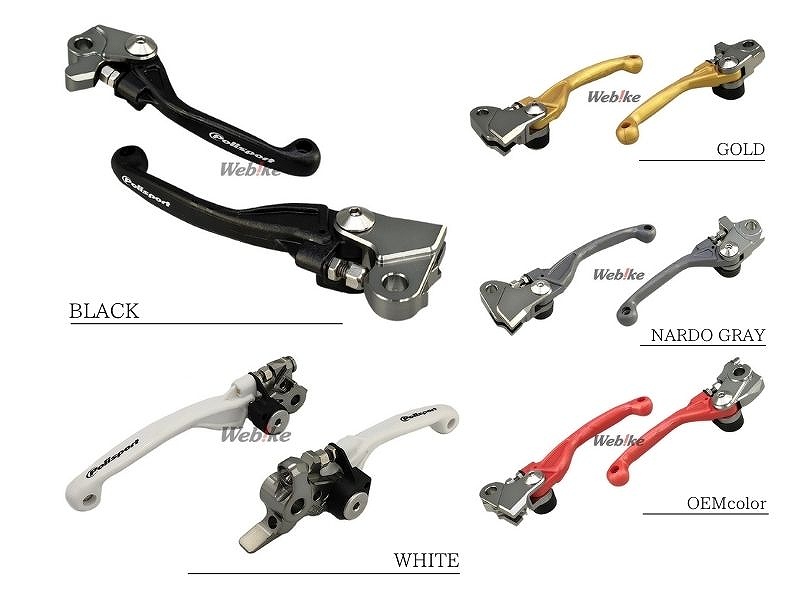 A comparison was made with the OEM lever of the HONDA CRF250RX on which this installation was made.
It is a 3-finger type, slightly shorter than the OEM lever. 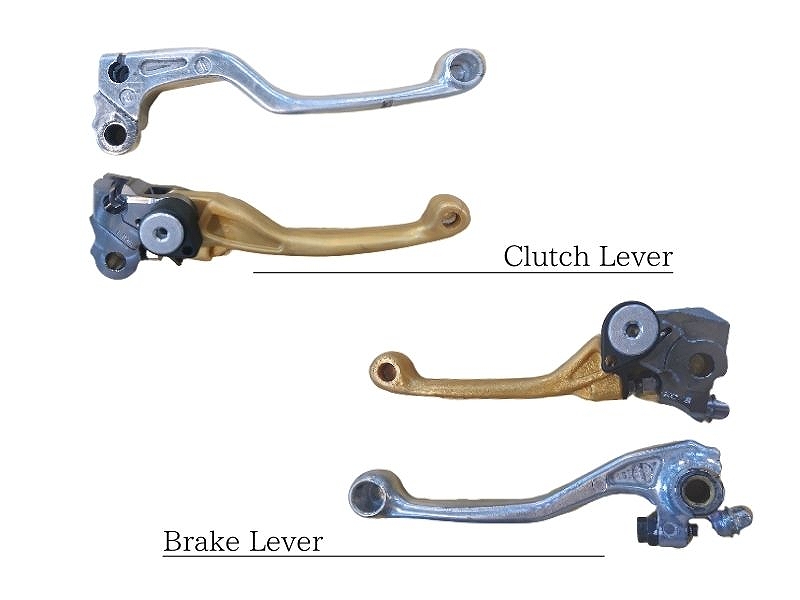 The base part that connects to the housing is made of CNC machined aluminum, which is beautiful and strong.
When we installed it, we felt its precision was also quite good. 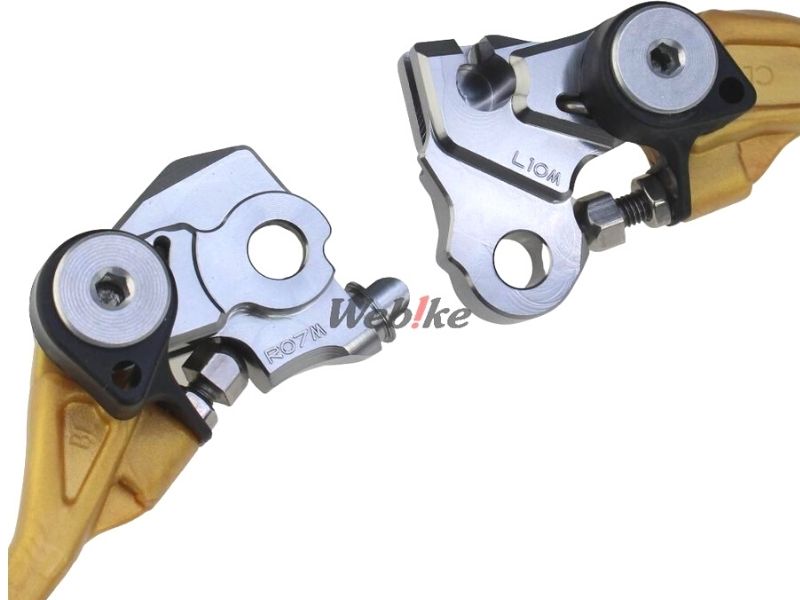 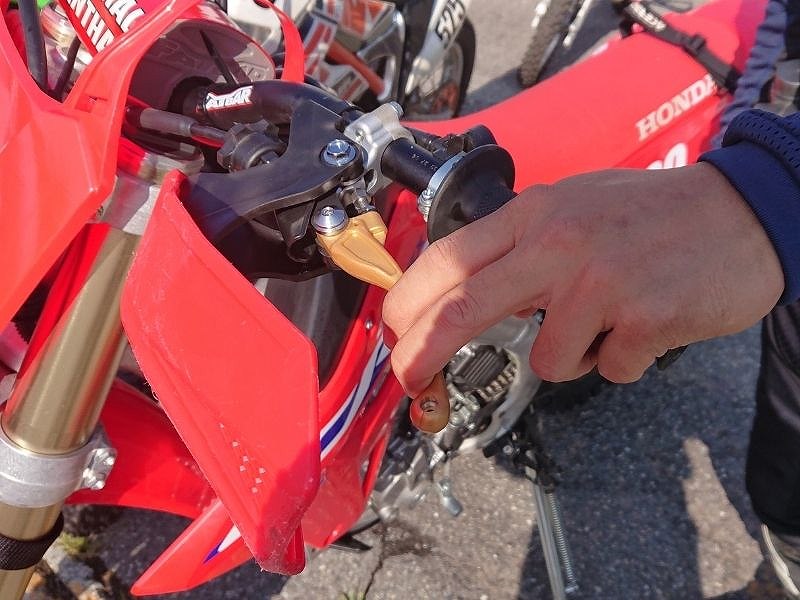 Verification by actual battle! " Let's try to tumble all over the place.

With pivot levers installed, the team competed in the now very popular WEX amateur enduro race in Kamidate, Japan. This course is famous for its nasty climbing gullies. If you fall, your motorcycle will be slammed against the sharp rocks without mercy. 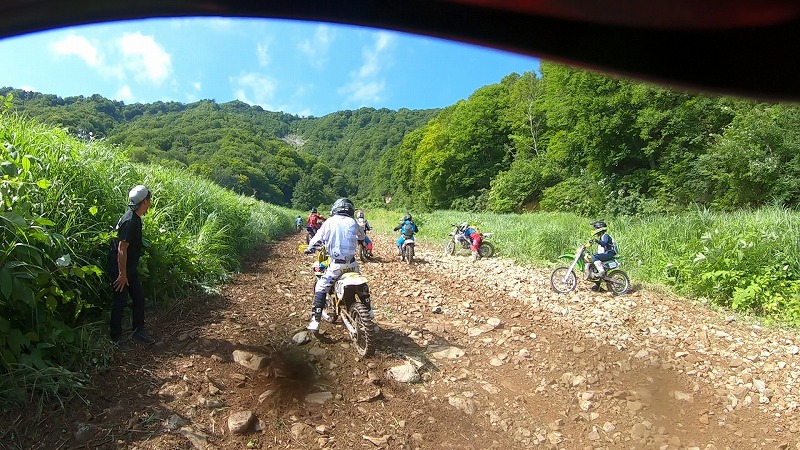 Enduro races perform better if they avoid crashing and getting stuck and keep running like a marathon without hesitation. It seems. However, if you keep riding to avoid falling down, you will not be able to verify that the levers do not break. So this time, we decided to put our reputation and dare fall all over the place for verification.

I fell on my stomach. I had a really bad time. 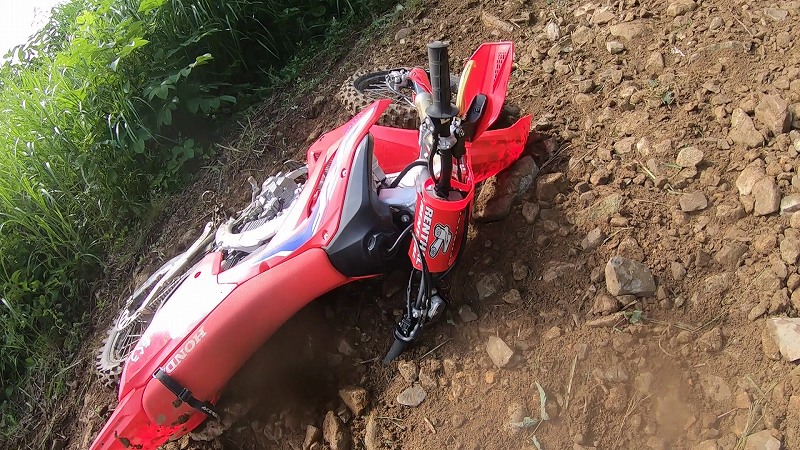 The throttle holder was cracked, the grips were ripped open, dirt got in, and the gas pedal would not turn. The factory hand guards, which had been my favorite, were also cruelly torn off. To be honest, in my short off-road life up to this point, I have never had my vehicle and my heart beaten so badly. 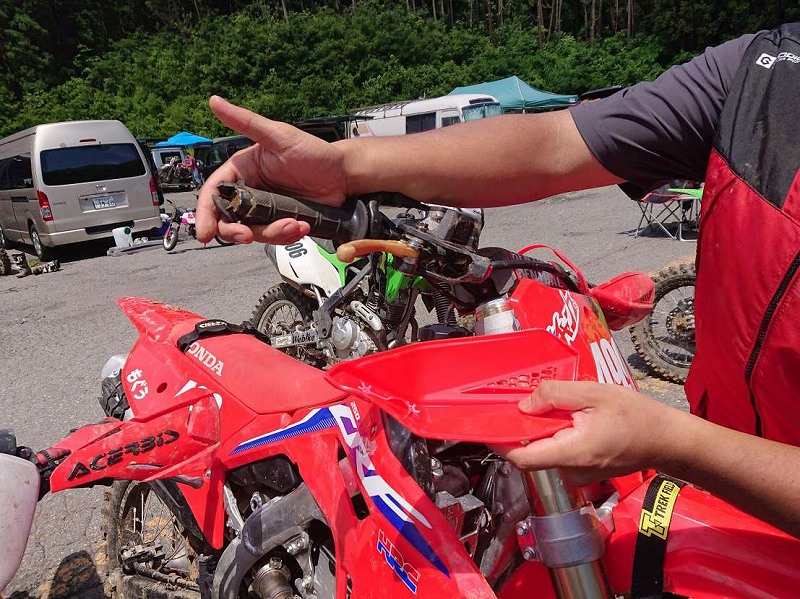 Only the lever, which would have been the first to go if it fell this far, was safe. It's amazing. It really does not break.
It was the most wonderful result as a verification. However, instead of the lever, my heart was broken.

Why it won't break?

If a lever breaks from the base, it can no longer ride. To prevent levers from breaking in the event of a fall, manufacturers are twisting their brains to prevent fatal injuries.

A typical example is ZETA's retractable lever (image left).
When it falls over, the joint mechanically breaks to absorb the force and reduce the risk of damage.
Another well-known lever in the off-road world is the ARC lever (image on the right), which is made of shape memory material. It is designed to bend when subjected to a strong impact and will not break, but will eventually return to its original shape if left alone. 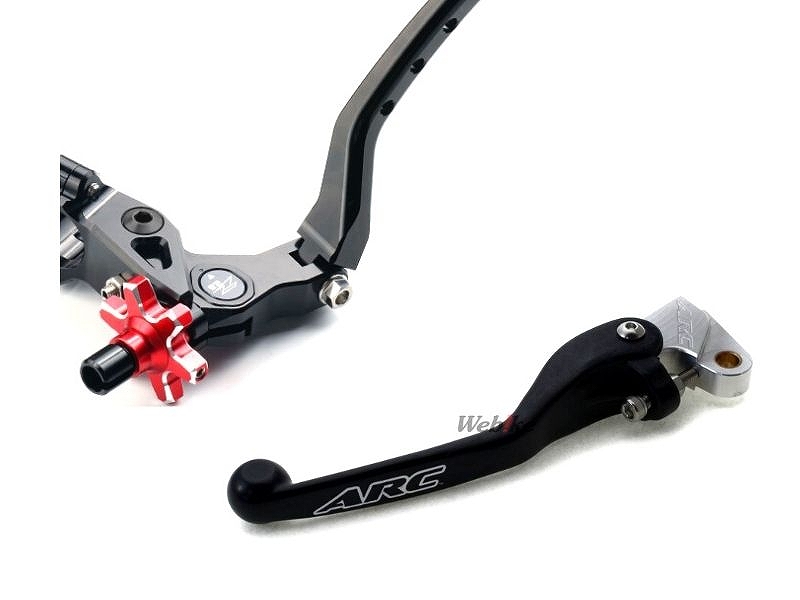 The image shows the OEM clutch lever of CRF250RX. It has a slit near the tip. It is made to be easily broken only at the tip to avoid the worst-case scenario where the lever breaks from the base and the rider is unable to ride. 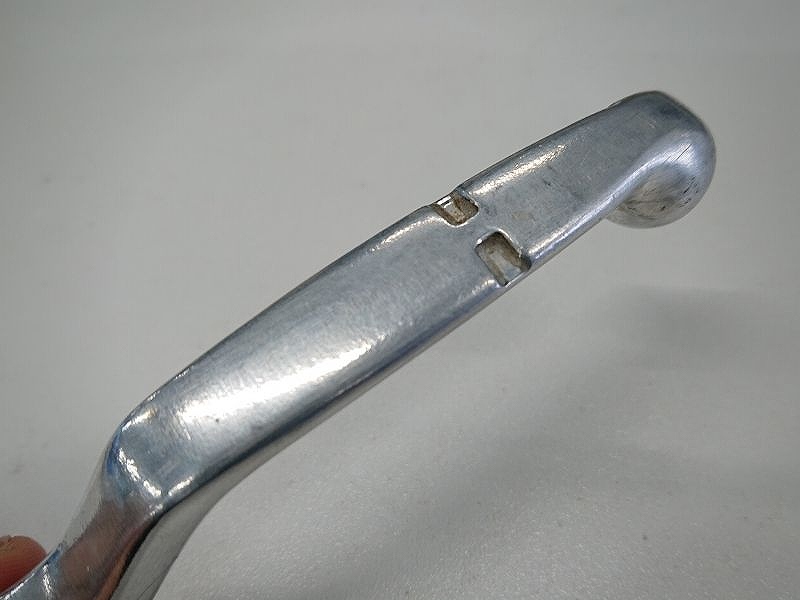 There are two reasons why POLISPORT levers do not break. First, as the name "pivot" implies, the lever has a structure that allows it to move to the front to a considerable extent so that it is able to receive and channel force. 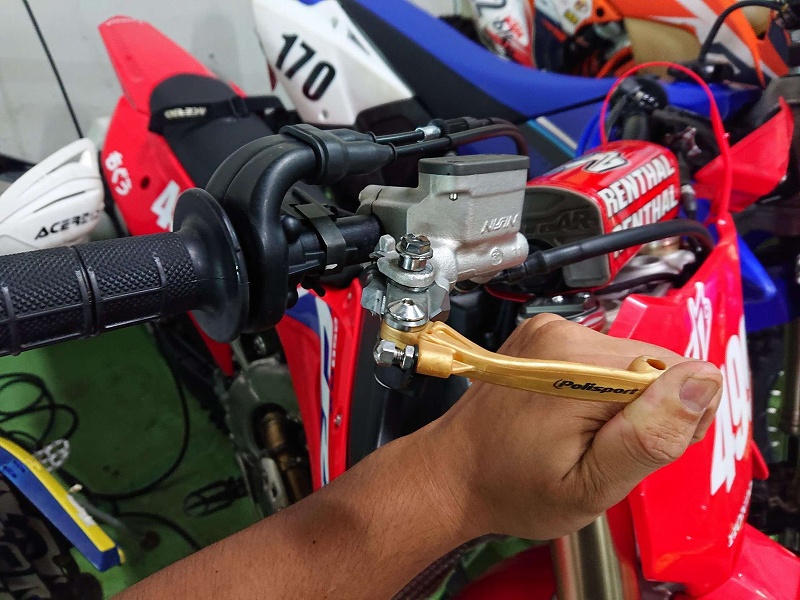 Second, despite its appearance, it is strong as a material in any case.
First, it will never bend by human hands. 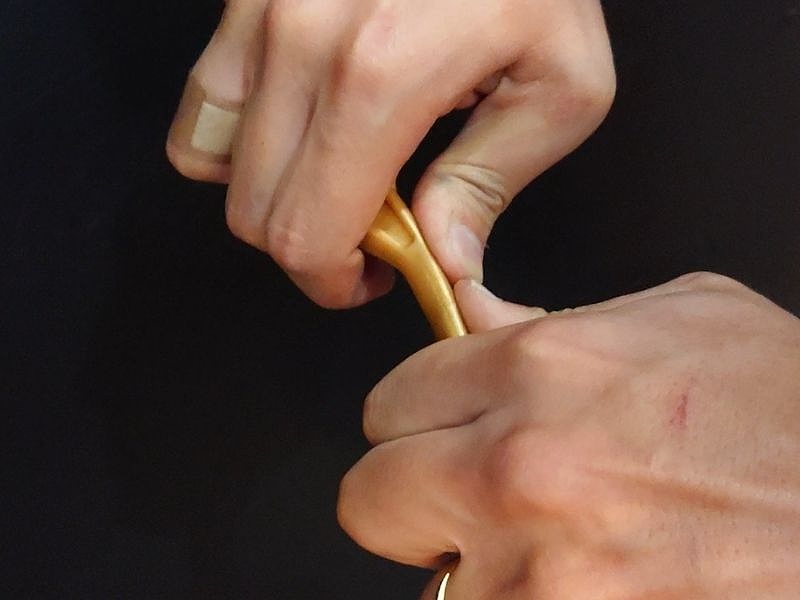 I'm starting to wonder how far I have to go to break even here.

Verification by force! How far do you have to go to break this lever?

To see how far it would break, I fixed it in a vise, grabbed it with vise pliers, and bent it by force. 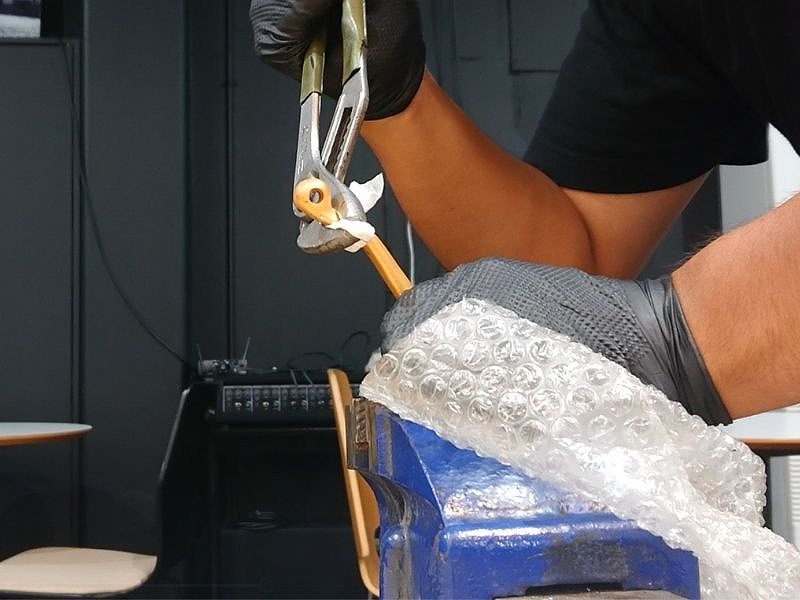 Oh, this is totally stronger than I had imagined.
Although the author had some confidence in his strength due to his experience in power sports, he honestly struggled with it quite a bit. Finally, using the principle of leverage, I was finally able to bend it. 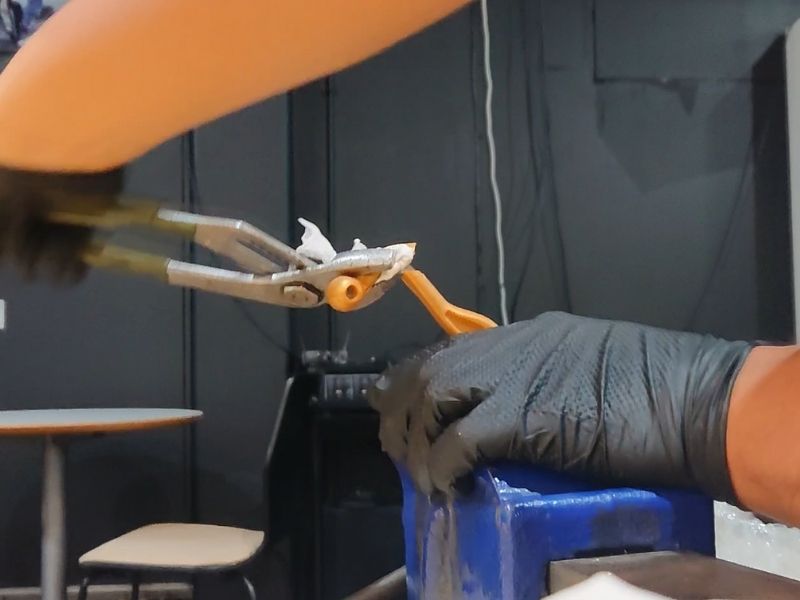 It was a level of accomplishment. After bending to a certain point, this resin part cracked at once. Inside was a slightly softer and stickier metal, perhaps iron, compared to the resin part. The metal material seemed to be the axis of the structure, reinforced by strong resin parts. 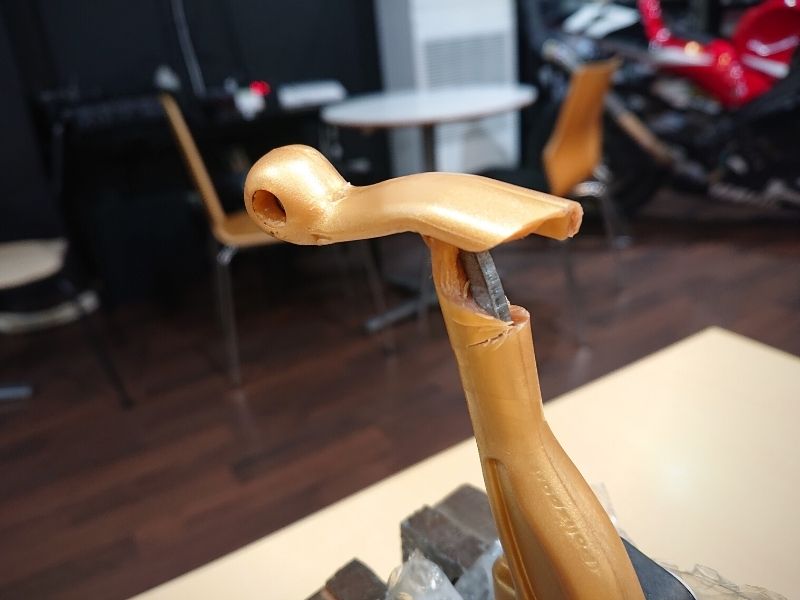 Even if it were to fall and break while riding, it is likely to avoid a case in which the tip is lost and riding is impossible. However, in the case of a really big impact, the lever part is too strong, and the large force that could not escape may be transferred to the housing and damage it. There are two sides to this story.

Conclusion: This lever is recommended for you!

Up to this point, we have had the lever undergo two terrible experiences, "falling down in actual use" and "bending it by force," which we call verification. Through the verification, I really understood the reason why this lever does not break.

This lever is especially recommended for the following people:

Especially the third.
There are two major types of handguards, closed-end and open-end, the latter having a higher risk of lever breakage because the lever is exposed. However, many people say they prefer open-ended levers to closed-ended ones for reasons of operability and appearance. The break-resistant lever may be one of the best solutions for such open-end lovers.

[Scoop] Rumors of a Successor to the Honda CB400 | The 400cc 4-Cylinder is Indestructible
Absolutely Useful for Slow System Adjustment | Angle Screwdriver Useful for Carburetor Setting.