Information of the Paul Ricard circuit 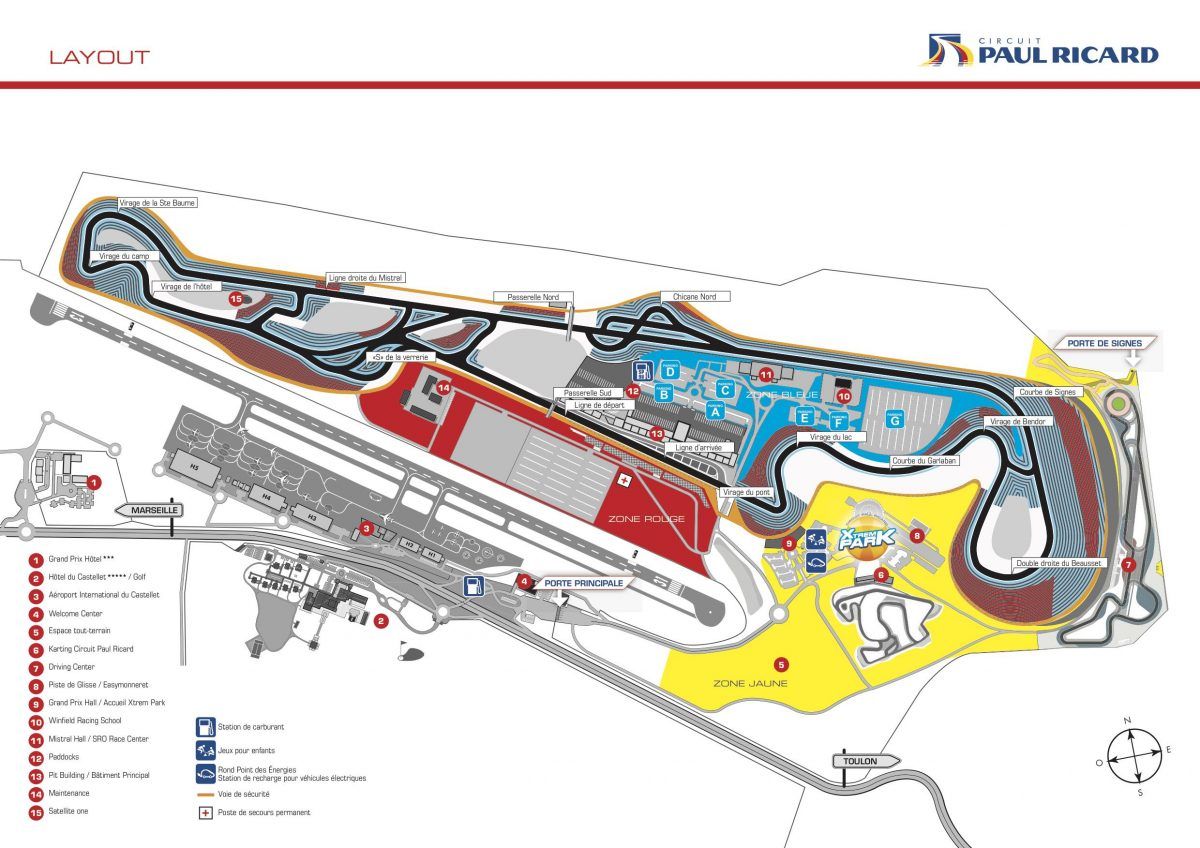 Variety is the name of the game at Circuit Paul Ricard, which features an incredible 167 configurations ranging from 826 to 5,861 metres in length. A venue for bike and car races, Paul Ricard also hosts rallies on occasion. Opening for business in 1970, the track closed for extensive redevelopment in 1999 before reopening as the Paul Ricard High Tech Test Track in 2002. Racing returned in 2009 and the Bol d’Or was back in 2015 following a lengthy stint at Circuit de Nevers Magny-Cours. Paul Ricard had hosted the French Formula One Grand Prix 17 times prior to 2022.

We offer 300 Webike points for your participation of this event.
Furthermore, there are 5 Chances in this lotto. Predict the rankings at each section, and points will be increased as the number of correct answer you gave.
Chance 1 to Chance 4 are worth 300 points, and 500 points are awarded for correct answers to Chance 5.

"Countdown Timer" below is set to the goal time of the race, 15:00 18th of Sep. CEST(Central European Summer Time:UTC+2) and we set this time as "T". When CHANCE 1's deadline is "T-minus 2 days", it means the answer have to be submitted 2 days before the end of the race and before the time passes "2 days".

SUZUKA SESSIONS NO ADVANTAGE, SAYS EWC’S NIGON
If you are Concerned about the Protruding Button Heads, Buy Now! [Weekly Review]