Aiming for "usable EVs" with an attention on the times

Yamaha, which has always been a pioneer of EVs, with the launch of the "Passol," the first electric scooter on the market, the world's first electric power-assisted bicycle "PAS," and most recently the "E-Vino," which has been a hit with consumers, has now launched the "E01," a fully loaded EV.

In developing the EV, the company thoroughly researched the realistic needs of users. Conventional EVs are thought to be difficult to use because they can only travel short distances and have problems with recharging infrastructure. What Yamaha is trying to do this time is to create a "usable EV" for the full-fledged EV era. The E01 has been introduced as a touchstone for this purpose, and as a model exclusively for demonstration testing, data will be collected on a global scale in six countries with differing climates and usage patterns. 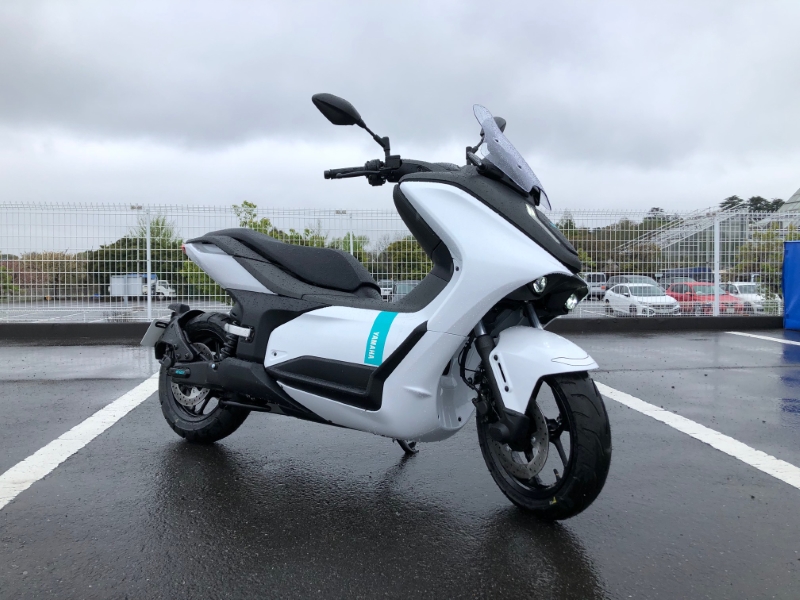 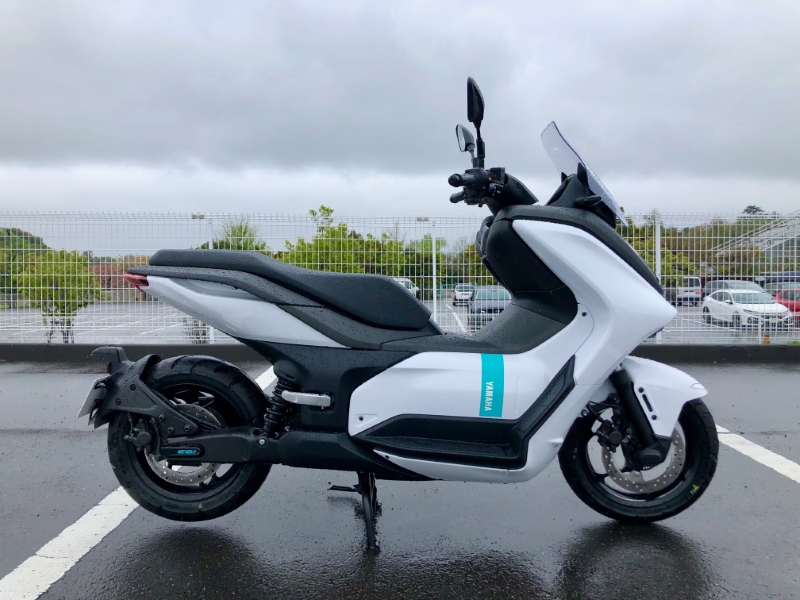 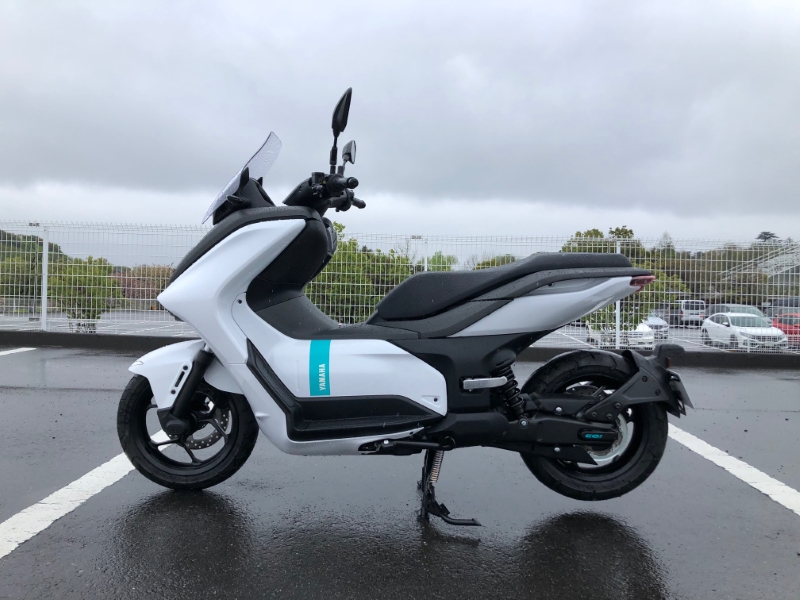 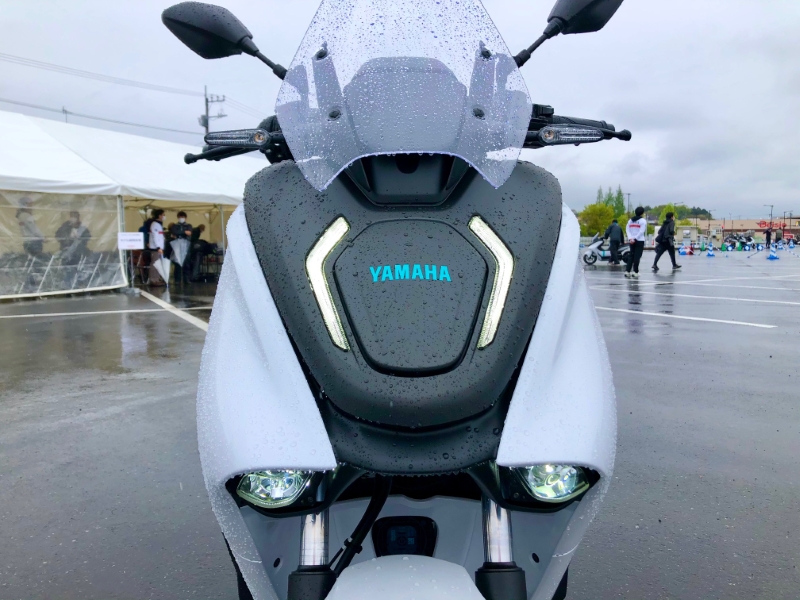 Fastest 100km/h & distance of 100km by handling a small motorcycle.

The E01 is a fully electric scooter equivalent to a 125cc class scooter, using energy from a large 4.9kwh lithium-ion battery to power a high-revving air-cooled motor, which drives the rear wheel via a belt drive. It can be driven with a Class 2 AT moped license, and has a maximum speed of 100 km/h and a cruising range of 100 km, which are suitable for commuting to and from work and school. The vehicle is the same size as the NMAX and has almost the same ride position. The advantage of this model is that it can be used in the same way as a regular scooter, although the cruising range is a little shorter, with a helmet space under the seat. 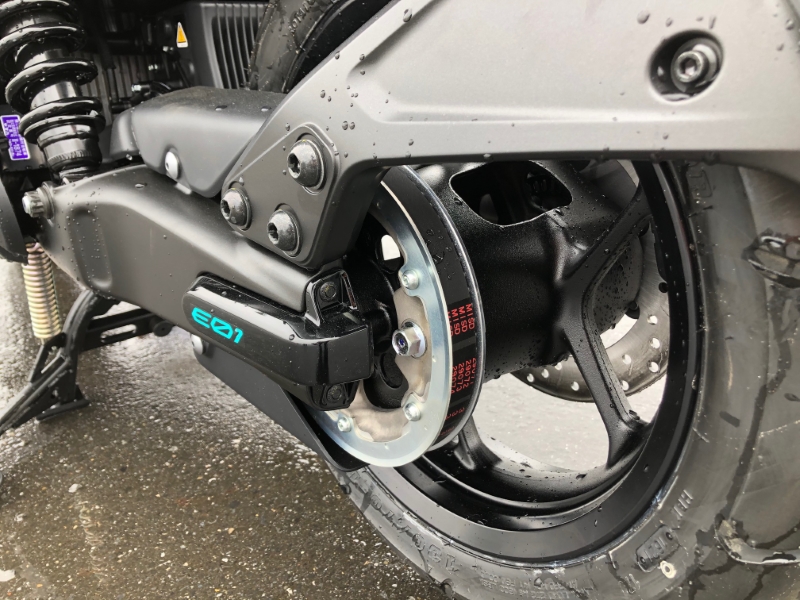 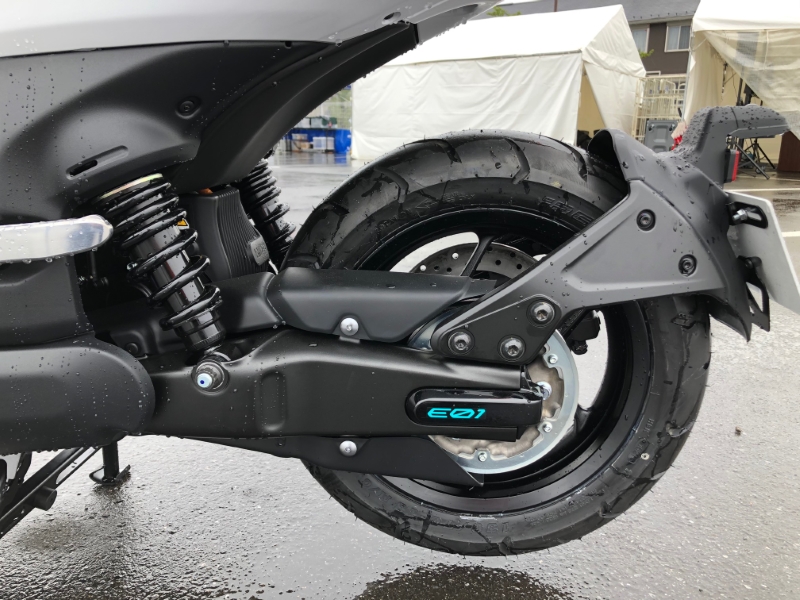 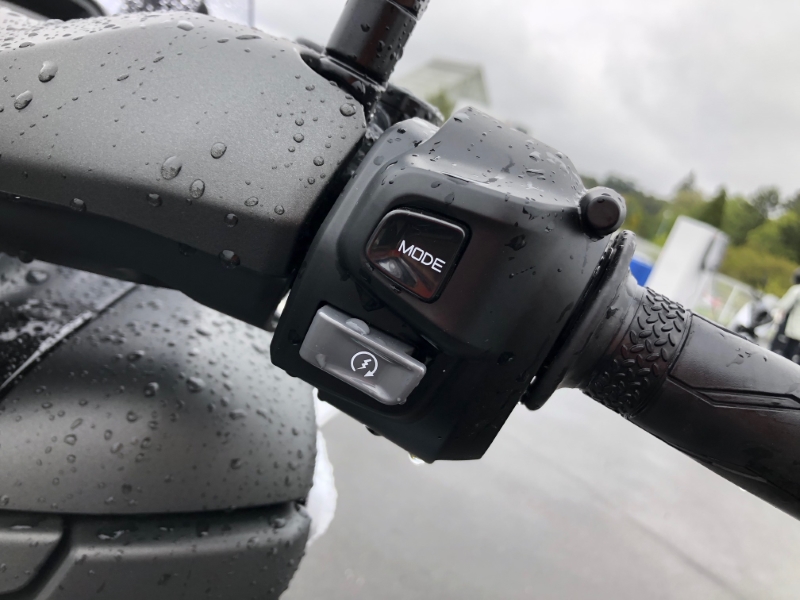 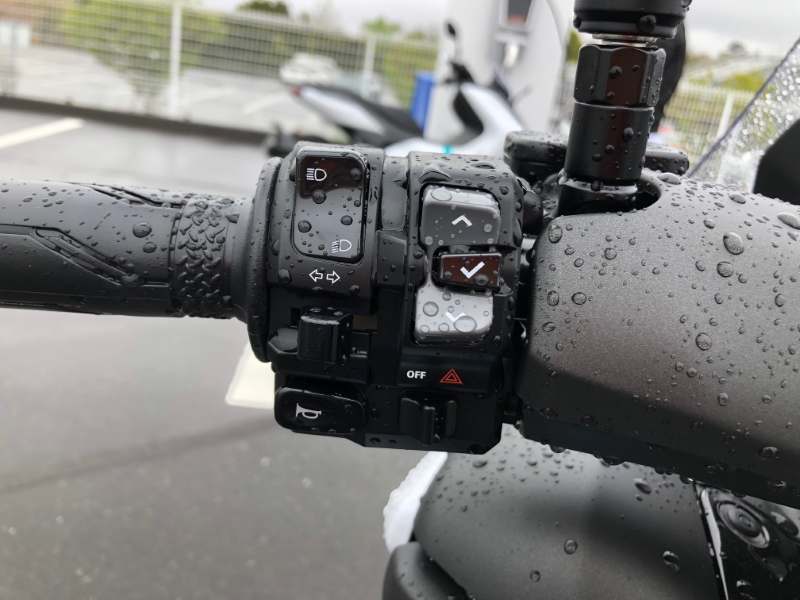 On the other hand, the E01 has no clutch and features linear startup and excellent startup acceleration, with maximum torque at 2000 rpm or less. Since it is an electric motor, it is naturally less noisy. The E01 also features characteristics unique to EVs, such as a three-stage driving mode (PWR, STD, ECO), a reverse mode that allows the vehicle to move backward, and regenerative braking that recycles deceleration resistance as energy. In addition, the E01 is equipped with three types of charging systems to accommodate a wide range of charging environments: an in-vehicle 100 V portable charger (14 hours for a full charge), a 200 V regular charger for home installation (5 hours for a full charge), and a quick charger for dealers (1 hour for a full charge). The fixed large-capacity battery and the compatibility with various recharging infrastructures are designed to meet the realistic needs of not only short-distance travel within a city, but also medium-distance travel within a metropolitan area. In addition, the company plans to collect data from the demonstration experiment using the LTE connection for future EV development. 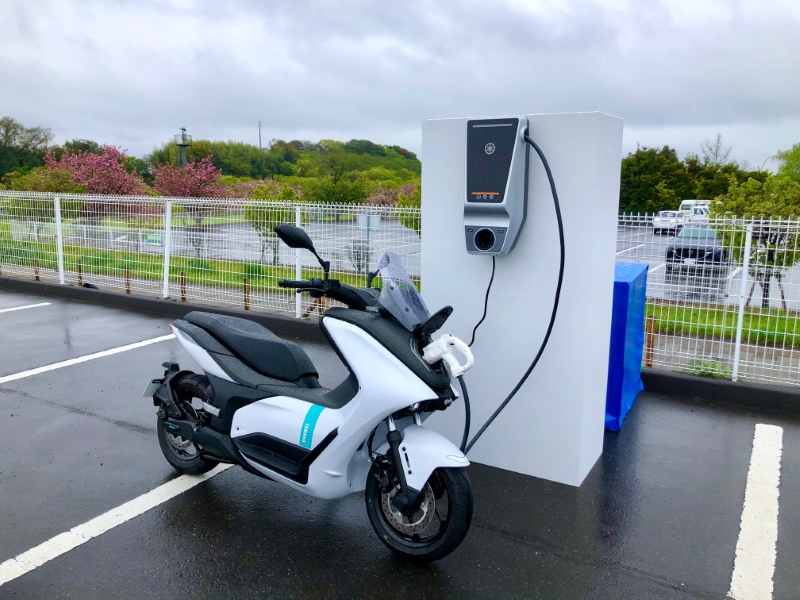 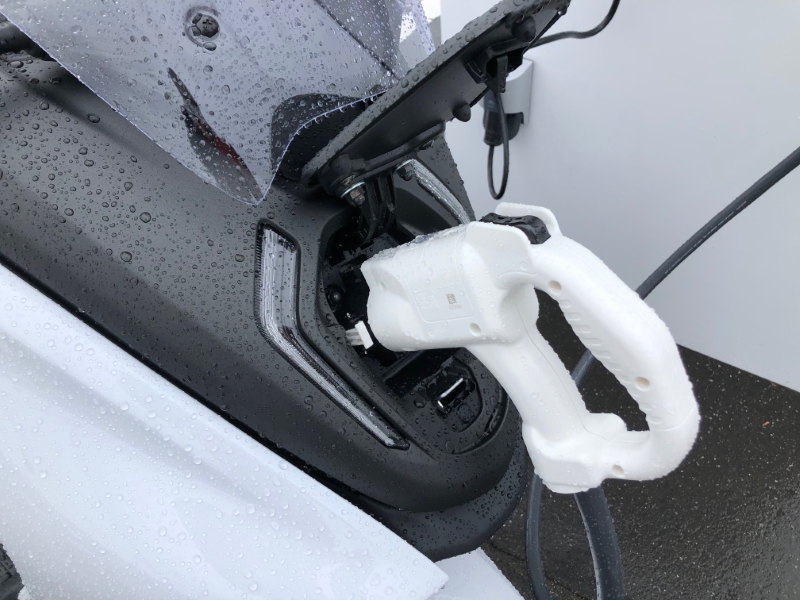 Torque is 3 times that of NMAX, amazing acceleration performance

I had a chance to test drive the E01 at the media launch event. At first glance, the E01's sleek and elegant horizontal design, which emphasizes EV-like features, looks fresh. The white body of the motorcycle, which gives the impression of air flow, is reminiscent of the Shinkansen bullet train.

Since we had an NMAX for a test drive, we would like to share our impressions, including a comparison of the two vehicles. First of all, although the vehicle sizes are about the same, the E01 feels slightly heavier in terms of handling. On the other hand, the seat area is slimmer due to the lack of a unit swing-type engine and exhaust system. Like the NMAX, the E01's main switch can be operated in conjunction with the smart key, and the charging port and under-seat opening and closing can be done in conjunction with the smart key.

As soon as the throttle is opened, the motorcycle starts smoothly with a faint motor sound. Since there is no centrifugal clutch like STD fuel scooter, it responds immediately to the movement of the right hand. This direct feeling is what makes EVs so comfortable! Even on a short straight line on the test course, acceleration from start to about 50 km/h is clearly faster than that of a fuel-powered scooter in the same class. Especially when the most powerful PWR mode is selected, the motorcycle accelerates as if it were being pushed back with a powerful push. The maximum torque is 30 Nm at 1,950 rpm, nearly 3 times that of the NMAX (11 Nm at 6,000 rpm). The specs should give you an idea of how powerful the motorcycle is. Incidentally, the maximum output of 8.1 kW at 5,000 rpm is slightly less than that of the NMAX (9.0 kW at 8,000 rpm), which is an interesting indication of the EV's strength in dashing off to the start and on hills. 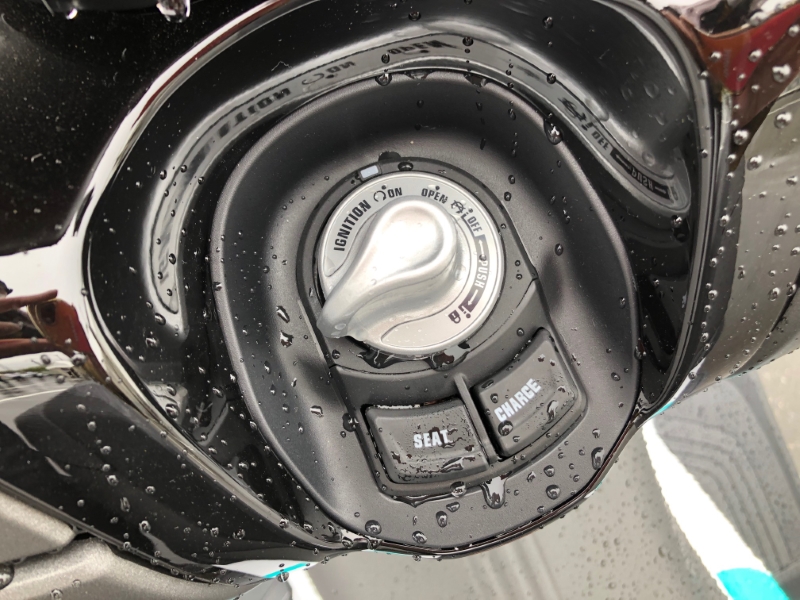 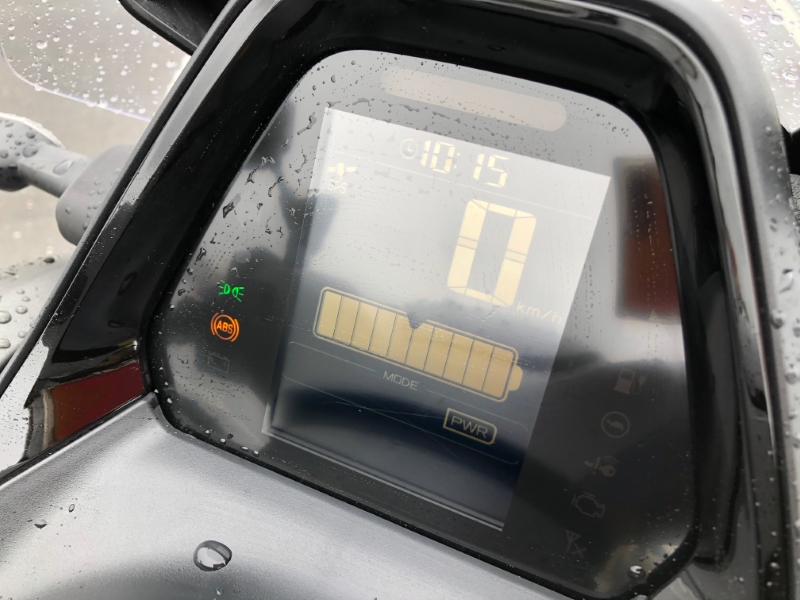 It is a wonder that it feels so light when it starts to ride. Structurally, the 10 kg battery, motor, and other heavy items are located in the lower center of the vehicle, resulting in a low center of gravity and a sense of mass concentration. It always feels stable when you ride it. Although it was unfortunate that the road surface was wet, I felt safe thanks to the tires with good grip and the flexible twin shocks. While a normal scooter is a unit-swing type, in which the engine and drivetrain are combined into a unit that moves under the springs, the E01 has an independent swingarm and rear suspension like a motorcycle that supports only the rear wheel, which naturally makes it lighter under the springs and more responsive to the road surface.

In addition, the linear output characteristic of the EV, which accelerates as much as it opens and decelerates as much as it closes, makes it superior to fuel-powered vehicles in terms of ease of use. Because ordinary scooters use a centrifugal clutch, there is idle time between throttle on and off, but the E01 has virtually none. I tried some pylon slalom, and when I closed the throttle, the load was immediately applied to the front wheel, making it easier to turn, and when I opened the throttle, the torque was immediately transmitted to the rear wheel, which grabbed the road surface. I was also impressed by the perfection of the control system, which responds to the driver's right hand in a very detailed manner. Combined with the aforementioned low center of gravity and weight distribution closer to the front, the driver can enjoy precise handling that is "not unlike a scooter. 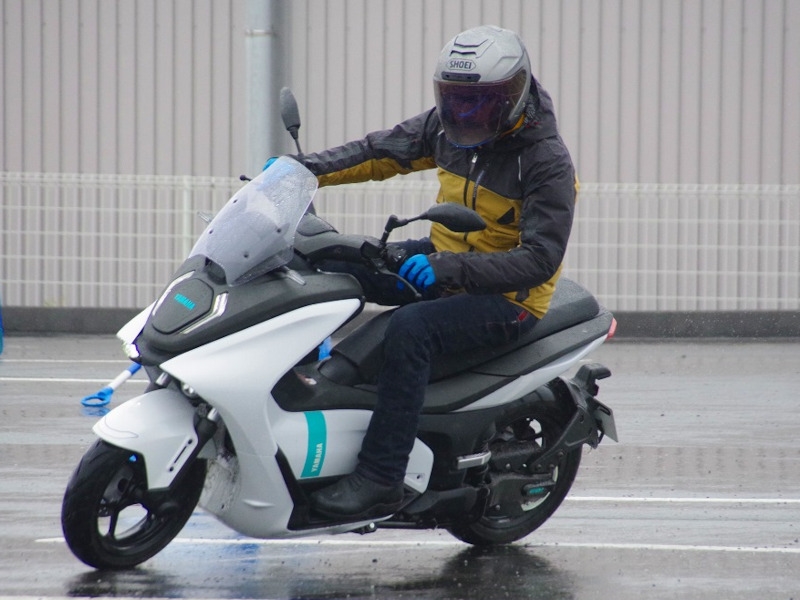 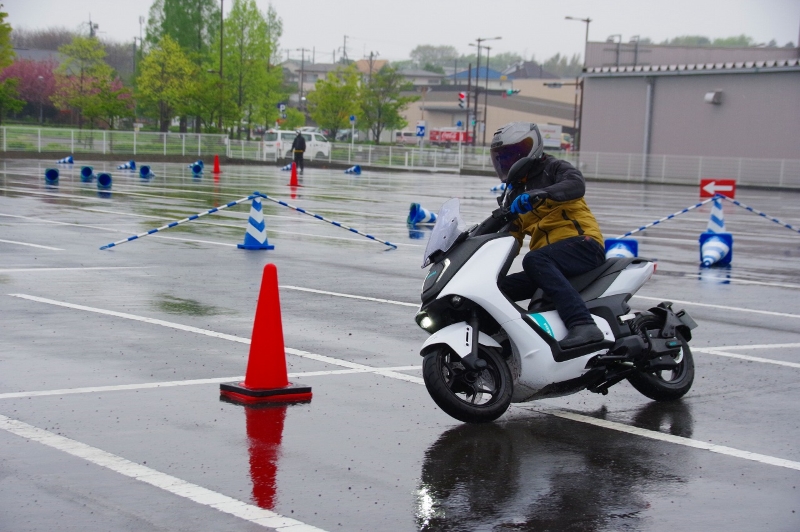 The charging port on the front mask, as if to show off the EV, and the ease of use of the reverse mode, which is activated with the touch of a switch, also impressed us. We also confirmed that a portable charger that fits under the seat can be removed, and our favorite Jet Helicopter fits comfortably in that space.

Although the E01 will not be marketed as-is, its current performance is very promising. The E01 is not only a sustainable mobility vehicle for the future, but also has the potential to surpass fuel-powered vehicles in terms of driving performance and enjoyment. 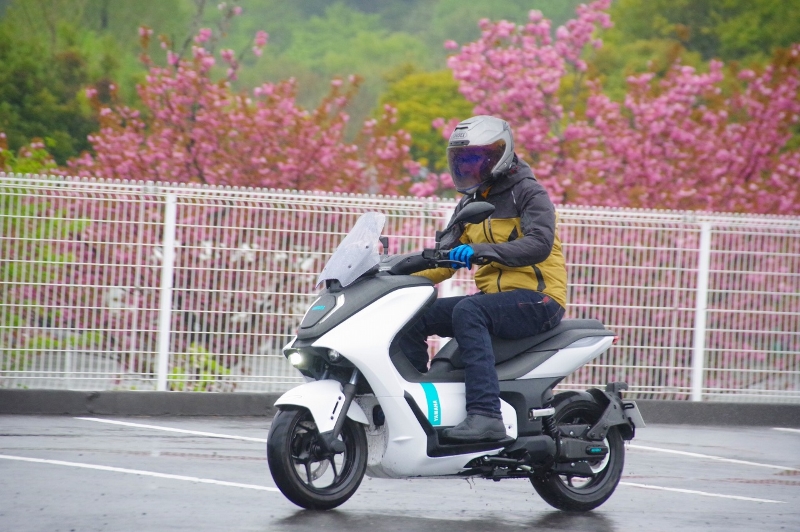 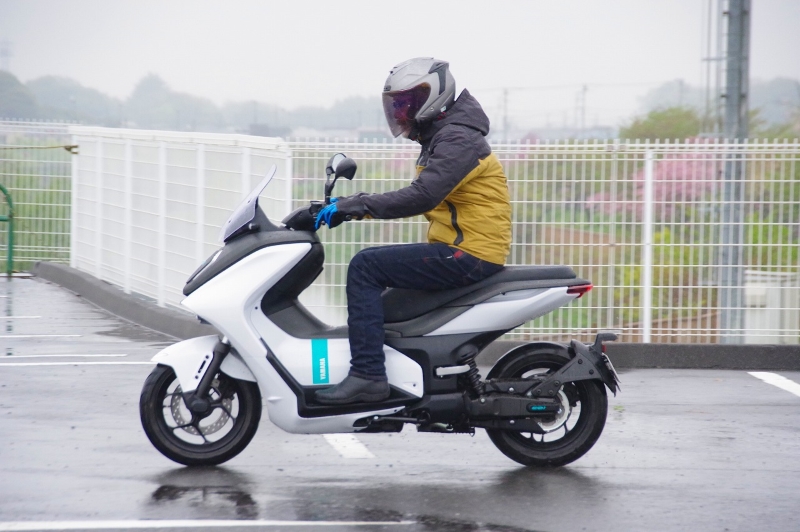 For the demonstration experiment in Japan, the company plans to rent 100 units to general users for 3 months at approx. 154 USD per month on a paid lease basis. The application period is from 5/9 (Mon.) to 5/22 (Sun.), and the receipt will be from 7/1. Yamaha Motor will be making an official announcement on the details soon, so keep an eye out for it.

THE EWC TIME TO BEAT AT SPA IS… 2M20.887S!
Top 5 Recommended Tank Bags with the Highest User Satisfaction!