Home
Webike Original
How to
How to Prevent Development of Rust Beyond Its Current Condition for Spoke Wheel? 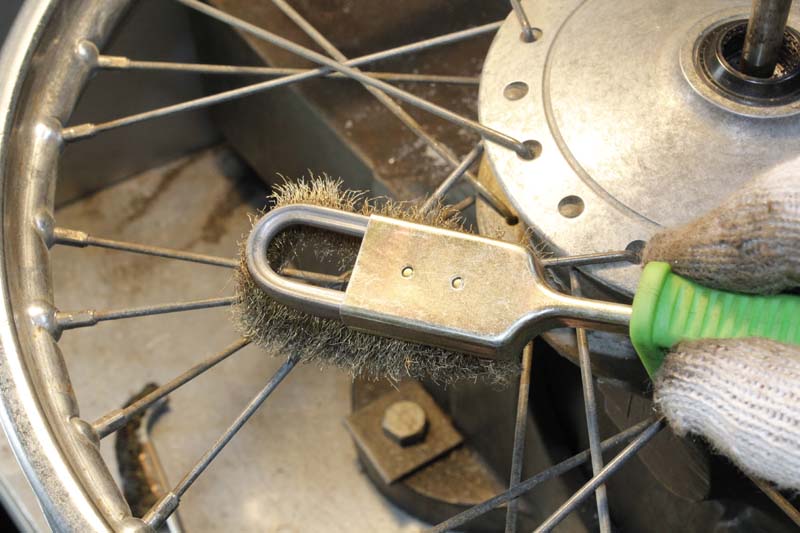 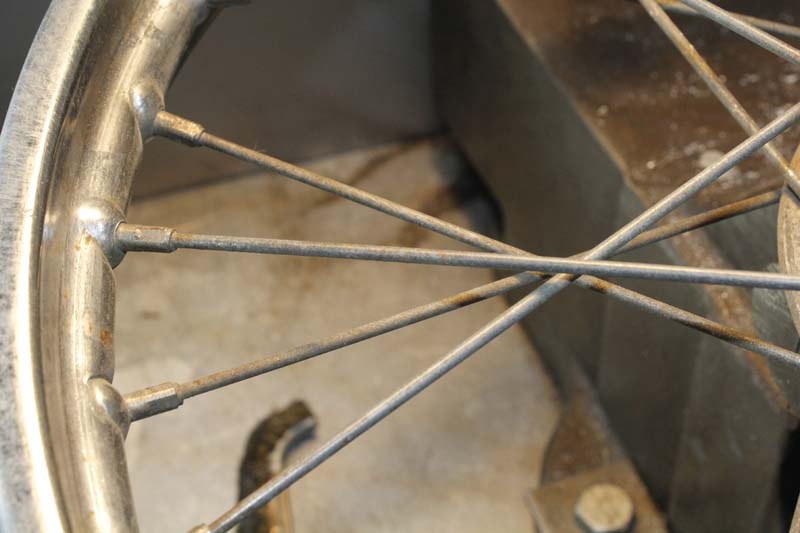 When the rust is not bright red, but there is almost no shine and rust has appeared, it is better to polish the spokes with a soft brass brush rather than a hard metal brush such as stainless steel wire. When polishing with a brush, it is recommended to proceed with the application of rust-preventive paint afterwards. 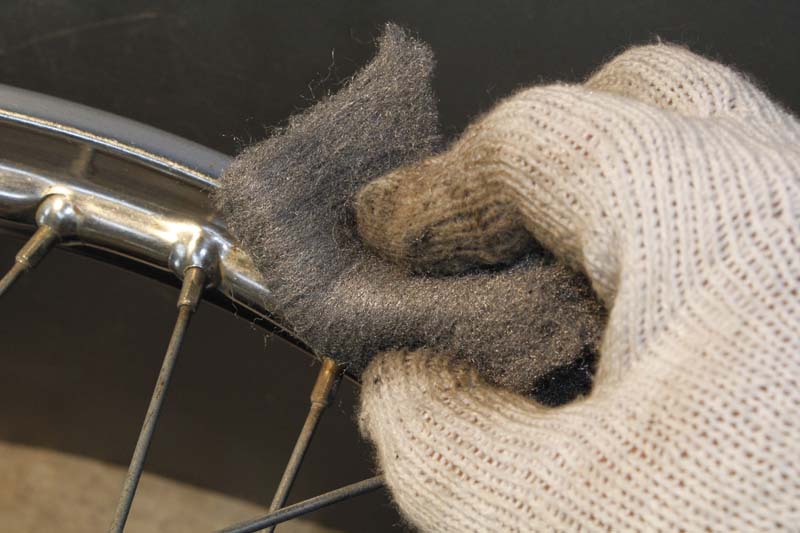 Use steel wool to polish slightly cloudy spokes and chrome rims. After spraying the surface with anti-corrosion spray, polish the surface of the part as if you were gliding over it. After polishing, wipe it off thoroughly with a dry rag. Be careful not to leave any steel wool pieces on the surface, as they may cause rust. Blowing air after the work is also effective.

Rust prevention can be done with Hanasaka G wax. 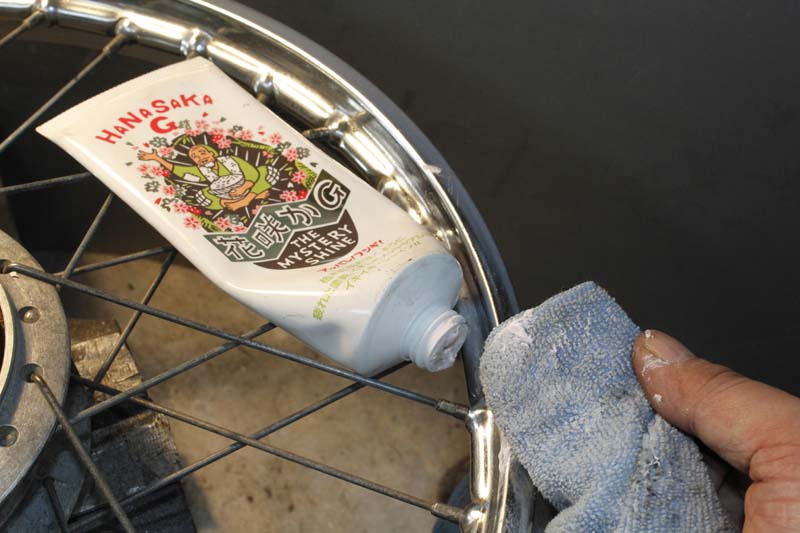 Dullness and shadows on chromium rims can be removed by using Hanasaka G Wax to remove dirt and wax at the same time. If you have an air or electric polisher, polishing with the polisher + Hanasaka G Wax is even more effective.

Anti-rust paint if red rust is in progress 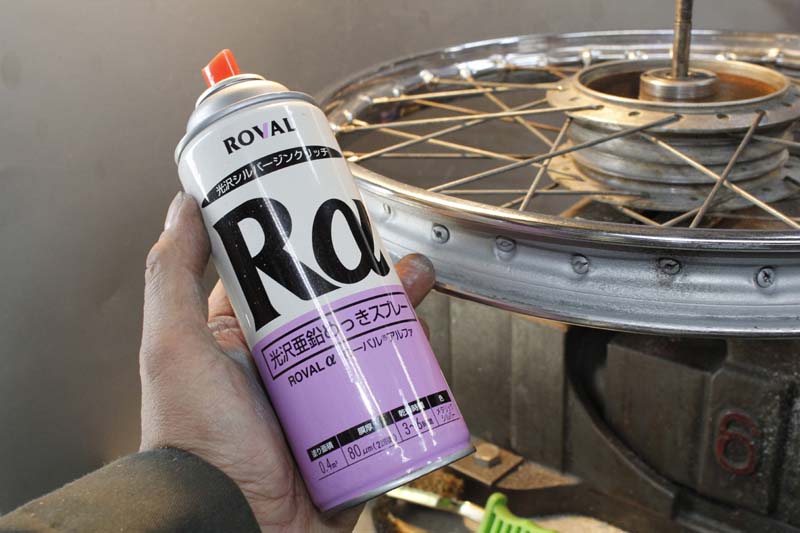 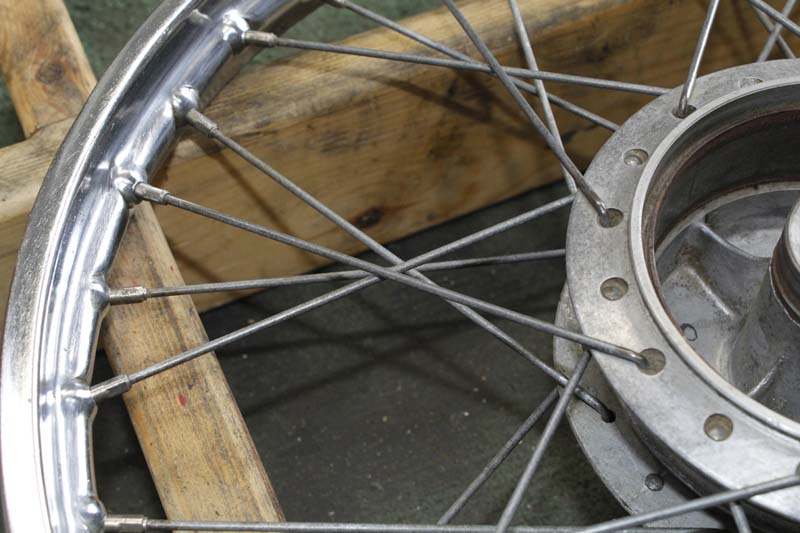 The product used here is called Galvanizing Spray from Roval. It is a rust-resistant spray paint that contains zinc plating ingredients, not zinc plating like unichrome or chromate plating. It should be sprayed by roughly masking with newspaper. Finish the details with a brush or a printing brush. 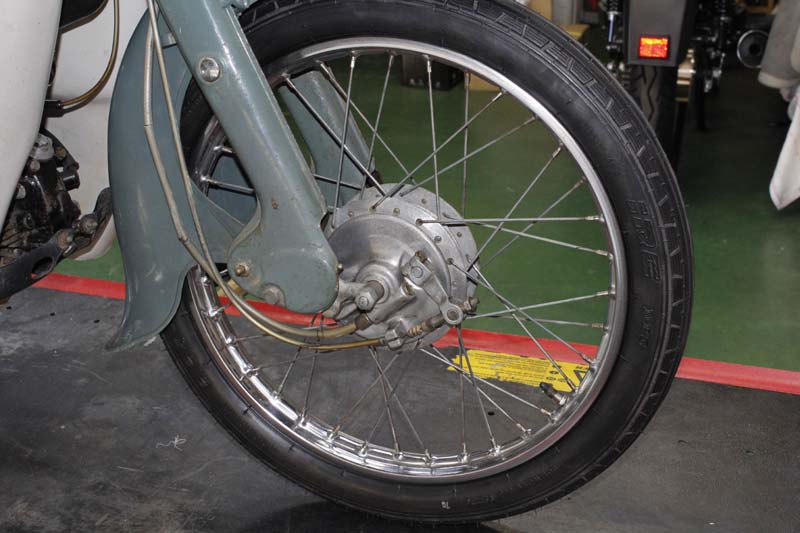 It does not shine as brightly as the unichrome plating, but the effect is great if you think that rust will not invade any further. Compared to the spoke wheels before the work, both the spokes and the rims shine reasonably well and look better.

When you buy a used motorcycle, you may be concerned about rust on the spokes, right? Even if there is no distortion from a fall or other cause, bright red rust is a particular concern. Conversely, even if the unichrome plating is shining brightly, you would also be concerned about a wheel that has runout to the left or right when you turn it.

In some cases, this cannot be fixed simply by adjusting spoke tension (in many cases, if the rim is locally distorted, it cannot be fixed unless the rim is replaced), but sometimes a simple fall or other accident can distort a spoke wheel. When purchasing a used motorcycle or after a fall, it is a good idea to ground out the front and rear wheels and try to spin the wheels free.

In many cases, it is not possible to adjust the tightness of nipples with rusty spokes, but if the adjustment is possible, it is not a bad idea to try it. However, if there is a clear distortion, it is a good idea to consult a motorcycle store or a fellow biker who is familiar with maintenance.

Even if there is no distortion or runout on the spoke wheels, depending on their condition, care may be necessary. When rust and dirt are generally a concern, it is advisable to practice rust removal and stain removal with a wire brush or steel wool. When using a wire brush, a soft brass brush is recommended, not a hard stainless steel wire. If too hard, it may damage the unichrome plating, and a softer brush will not damage the metal skin. If there is already red rust affecting the metal surface, it would be better to scrub with a metal brush, then protect the metal surface with rust-removing chemicals, and finally finish with anti-rust paint while masking with newspaper.

When you want to clean chrome-plated iron rims, spray the iron rims with an anti-rust spray (WD40 or CRC556) and polish them in detail with steel wool such as BON STAR. After removing the rusted areas, spray it up with a rag, and then polish it more thoroughly with a rag using Hanasaka G wax or other wax that is also effective for polishing chrome plating, and you should get the best shine possible at present.

When the spokes have been eroded by red rust, remove the rust and use chemicals to prevent recurrence, roughly masking the rust with newspaper before spray treatment.

The area around the brake hub (hooked area) can be finished surprisingly beautifully by cutting an empty container (such as a PET bottle), spraying inside the container, and using a brush to paint the spokes separately.

Incidentally, there were even examples of European motorcycles in the 60s and 70s that had raw iron spokes painted with silver paint and then finished around the nipples with additional paint after the wheels were assembled.