Not only old or discontinued motorcycles, but also bolts and screws can be damaged even when force is applied with a screwdriver or wrench that is applied poorly. In such cases, you can rely on a chisel. There are several types, including those for metal cutting, peeling, and hacking, but those for sheet metal, known as a flat chisel, bite sharply into bolts and screws and can effectively transmit force in the direction of loosening. 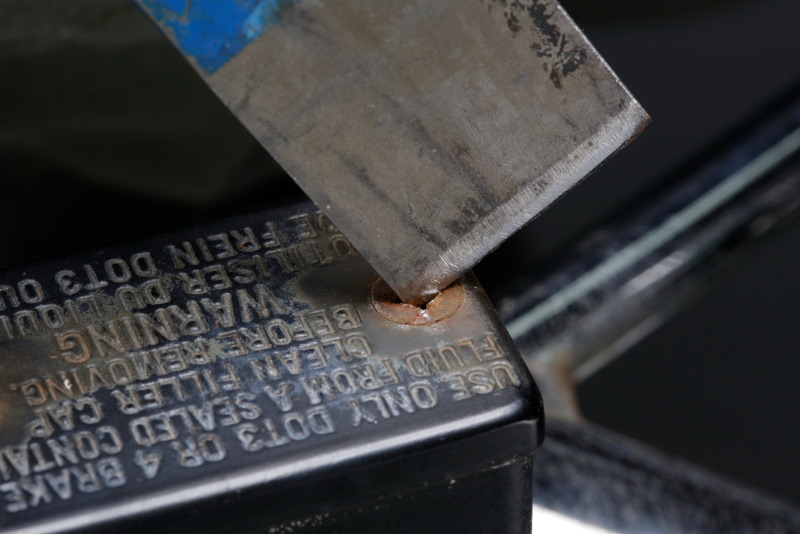 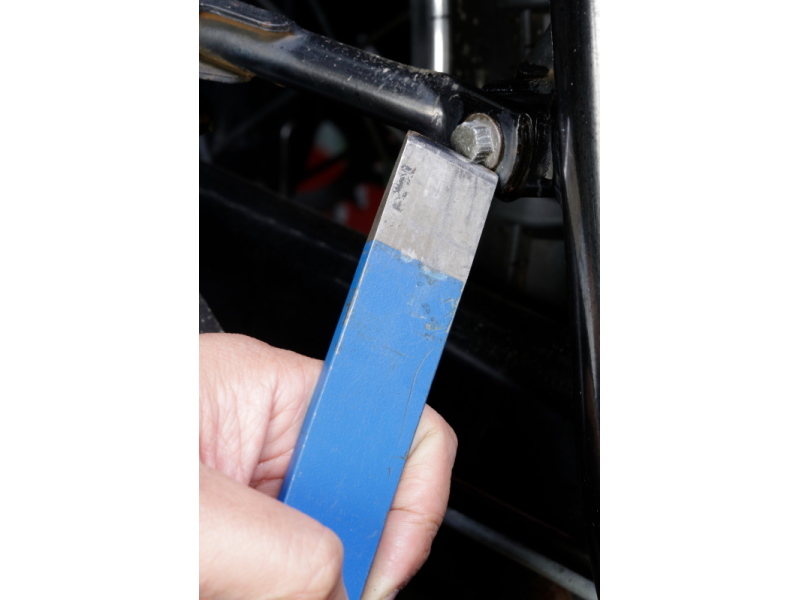 When loosening bolts with rounded corners, apply the flat chisel at an angle and strike in the direction of loosening. The effect is similar to that of an impact wrench, and the impact on the head can be expected to loosen sticking points, but be careful with thin bolts, as the cutting edge may bite too deeply and cut off the head.

It is clear from the existence of impact wrenches and shock screwdrivers that it is better to have a certain amount of momentum and force when loosening sticking or rusted bolts, nuts, and screws, rather than applying force in a lazy, wriggling manner.

For Phillips screwdriver, which have a fatal weakness in that the tip of the screwdriver comes out of the cross-recessed, it is especially important to apply force in one go while pressing down on the screwdriver. The impact is also the reason why it is easy to loosen the grip of a penetrating screwdriver when you hit it hard with a hammer while turning it in the loosening direction.

However, it is important to aim firmly before applying force all at once. If the tool is applied poorly or at an angle, you may hit it anyway. This increases the possibility of damaging the screw or bolt.

When the cross-recessed of Phillips head screws are crushed or the hexagonal part of a bolt nut is rounded, for example, a bolt nut can be loosened using a special tool such as a "turbo socket," which has a petal-like opening that bites into the bolt nut. Otherwise, gripping the head of a screw or bolt with a pair of locking pliers and applying strong force can also be effective.

More directly impacting than that are the center punch introduced previously and the chisel, which is the main subject of this issue. Both the center punch and chisel are characterized by their ability to tap and turn screws and bolts that screwdrivers and sockets would not catch. They have the advantage of not coming off a firmly bitten locking plier or bolt, but because they are turned by hand, the rise in force is gradual. On the other hand, a punch or a hammer can apply strong force all at once because it is struck with a hammer.

Chisels are tools used for cutting metal, hacking and forming concrete, and removing spatter from welding, but a sharp flat chisel can be useful for loosening screws and bolts with crushed heads if used properly. A flat-blade screwdriver is sometimes used to turn the head of a screw in the loosening direction, but screwdrivers and flat chisels have different purposes, and a flat chisel used for cutting is much sharper and bites into the workpiece more sharply.

If a flathead screwdriver is used as a chisel, the tip of the shaft may break off because the material is not tenacious, but a chisel does not break easily. Although it is a tool that you do not want to use too often if possible, if you have it in your toolbox, you can rely on it in case of emergencies.

The combination and balance of "biting power" and "turning power" is important. 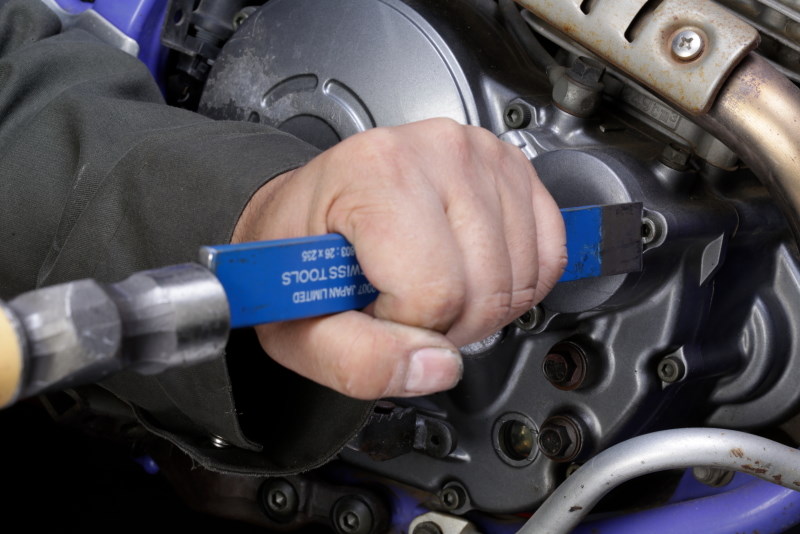 If you try to turn a cap bolt or hex socket head cap bolt with a shallow or slanted fit between the cap bolt and the hex wrench, the hex hole corner may strip. If you cannot grip the bolt with locking pliers, it is effective to make a groove on the head of the bolt. A flat chisel can make a sharp minus groove. 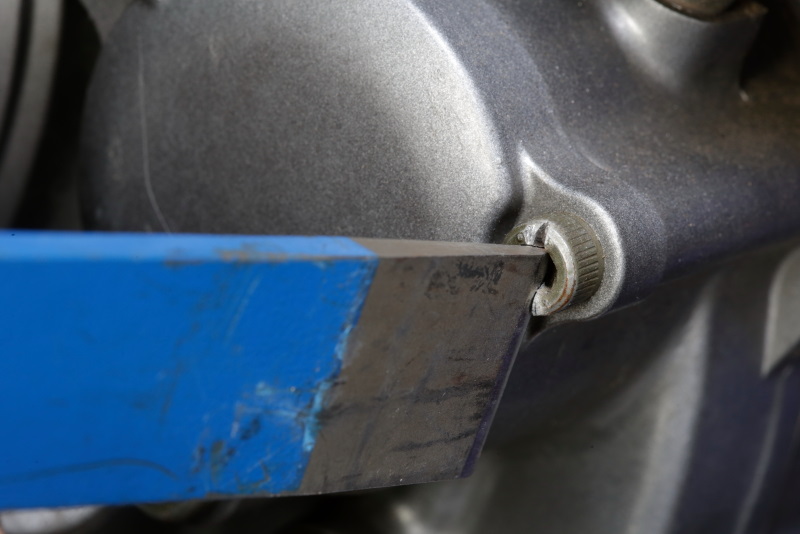 Here the slot is cut vertically, but if the flat chisel is tapped at an angle to the bolt head, force in the loosening direction can be applied. If the slot is dug too deep, the head of the bolt may crack or come off, so watch the situation as you work.

If a groove can be made that allows the flat bit of a shock screwdriver to bite firmly into the bolt, it will be easier to loosen a sticking bolt. If the bolt shows no sign of loosening even when force is applied to the extent that a normal hex wrench becomes very stiff, it is more likely that the damage will be minimized if you switch to a shock screwdriver or impact wrench as soon as possible. 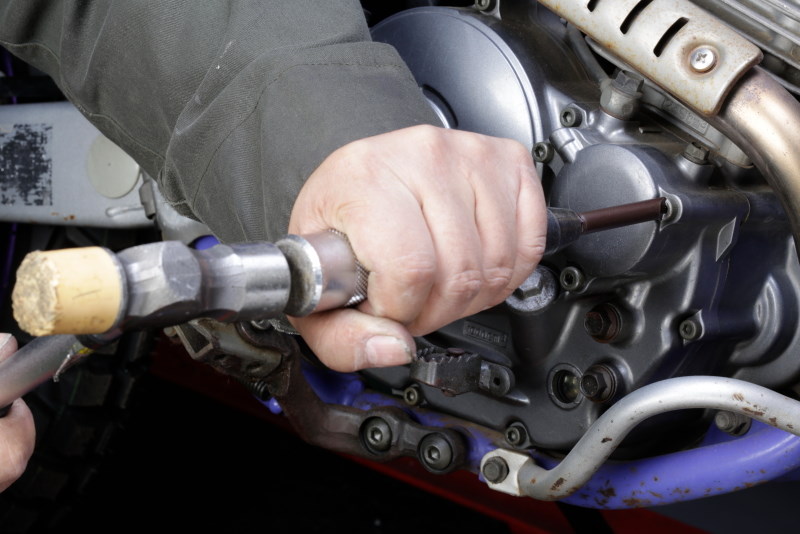 A sharp blade that can only be used for cutting metal must be used with care. If you only tap at a right angle to the lapped head, there is a risk that only the head will be cut off if the screw is thin. On the other hand, if you are too conscious of turning the screw and lay down the tines too much, the cutting edge may not bite into the screw and it may slip.

To turn the blade tip of the tool while biting into the head, control the forces of biting and turning in a well-balanced manner. It may seem difficult, but if you strike the bolt or screw at an angle of about 45 degrees, the tip of the blade will bite into the bolt or screw and provide thrust in the direction of loosening. It is used in the same way as a center punch, but the advantage is that the contact surface is wider than that of a sharp-tipped punch, so the force can be applied more efficiently.

While a chisel by itself can be used to loosen screws, it can also be used to craft sharp edges that can be used with other tools. For example, when the cross-recessed of a Phillips head screw is collapsed, it is possible to make a groove that a flat-blade screwdriver can catch on.

This usage is effective for loosening hexagon bolts that have lapped hexagon holes. Hexagonal bolts have less recessed on the head than cross-headed pan head screws, which can tear if the sharp edge of a chisel bites into it. To avoid this, there is a means of daring to cut a flat groove so that the flat bit of a shock screwdriver can bite into it.

If a screw or bolt starts to loosen by tapping it in the loosening direction, you will be lucky, but if the tip of the blade just bites into the screw or bolt and there is no sign of loosening, you can change your strategy to use another tool (in this case, a shock screwdriver), which is another way to utilize the sharpness of the chisel.