Information of the BUGATTI CIRCUIT

Length of the circuit: 4.185 kilometres
Duration of the race: 24 hours 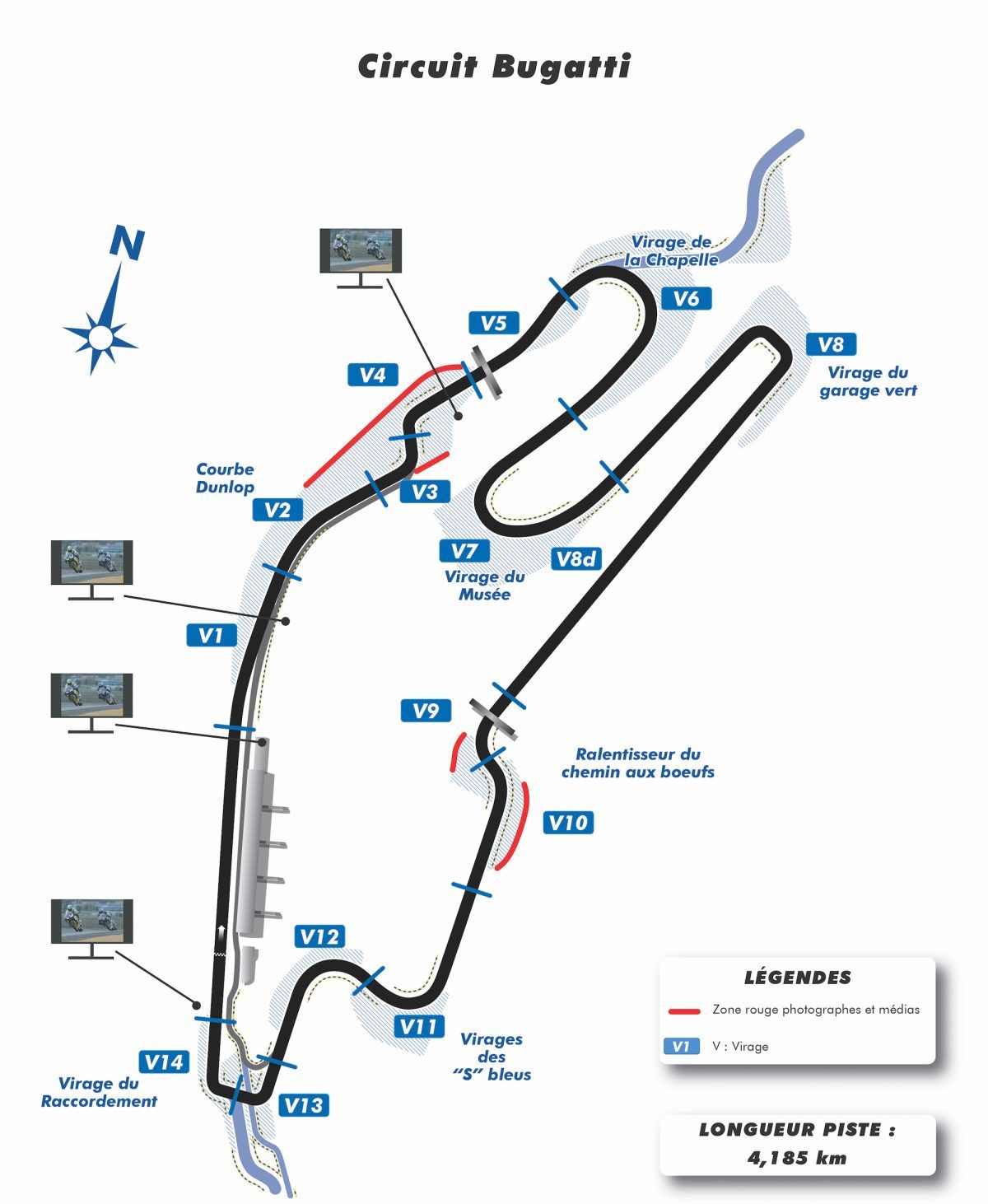 The ACO held its first bike race in September 1912, long before the Bugatti Circuit’s inauguration in September 1966 with a track length of 4.422 kilometres. Using a portion of the Circuit de La Sarthe, including the famous start/finish straight, the Dunlop Esses and the Ford Chicane, plus a more twisty infield section, the first endurance race for motorbikes on the Bugatti Circuit took place in 1969, while the current track layout of 4.185 kilometres has been in use since 2008. As well as hosting the EWC, the Bugatti Circuit is home to the Grand Prix de France MotoGP event.

8 different models of supersports from HONDA, YAMAHA, KAWASAKI, SUZUKI, BMW, DUCATI and Aprilia. More information on teams can be found at Competing Team List as well as Provisional Entry Team List.
The team list will be published around April 13 CEST.

Broadcasting of 24 Hours of Le Mans

We offer 300 Webike points for your perticipation of this event.
Furthermore, there are 5 Chances in this lotto. Predict the rankings at each section, and points will be increased as the number of correct answer you gave.
Chance 1 to Chance 4 are worth 300 points, and 500 points are awarded for correct answers to Chance 5.

"Countdown Timer" below is set to the goal time of the race, 15:00 17th of Apr. CEST(Central European Summer Time:UTC+2) and we set this time as "T". When CHANCE 1's deadline is "T-minus 2 days", it means the answer have to be submitted 2 days before the end of the race and before the time passes "2 days".