The Honda Collection Hall is a museum for four-wheeled and two-wheeled vehicles located in Twin Ring Motegi, Haga-gun, Tochigi Prefecture. It was opened in March 1998 to commemorate the 50th anniversary of Honda Motor Company and to convey the spirit of Honda's origins to many visitors. In addition, the company is conducting a driving test to see if the car is actually running. A video of the test ride was taken to allow you to see many of the models in action. We've compiled those videos, broken down by age and displacement, into a feature. Your first motorcycle may be here. We invite you to relive the old days of your fascination with motorcycles and enjoy the motorcycle life again.

Please check out the following test ride videos of the 400cc HONDA COLLECTION HALL in '70s. 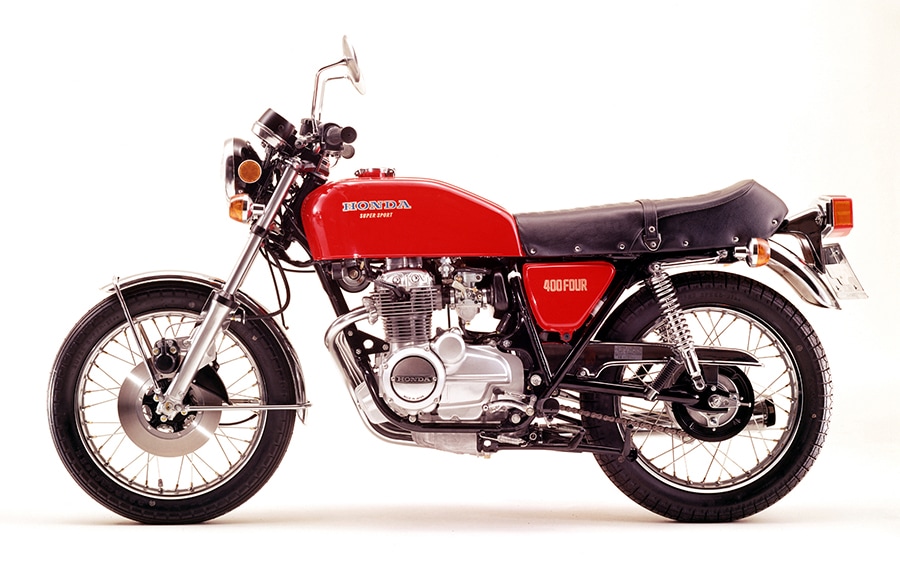 DREAM CB400 Fours is equipped with an air-cooled 4-stroke 4-cylinder OHC 408cc engine, and a wide ratio of 6-speed manual transmission for maximum power, which was rare during that time. The styling adopted the cafe racer look, which showed the latest trends in Europe and the United States of those times. It also features a rigid and resilient semi-double cradle frame. Low handlebars and seat, and well-positioned footpegs are also provided for stable riding. 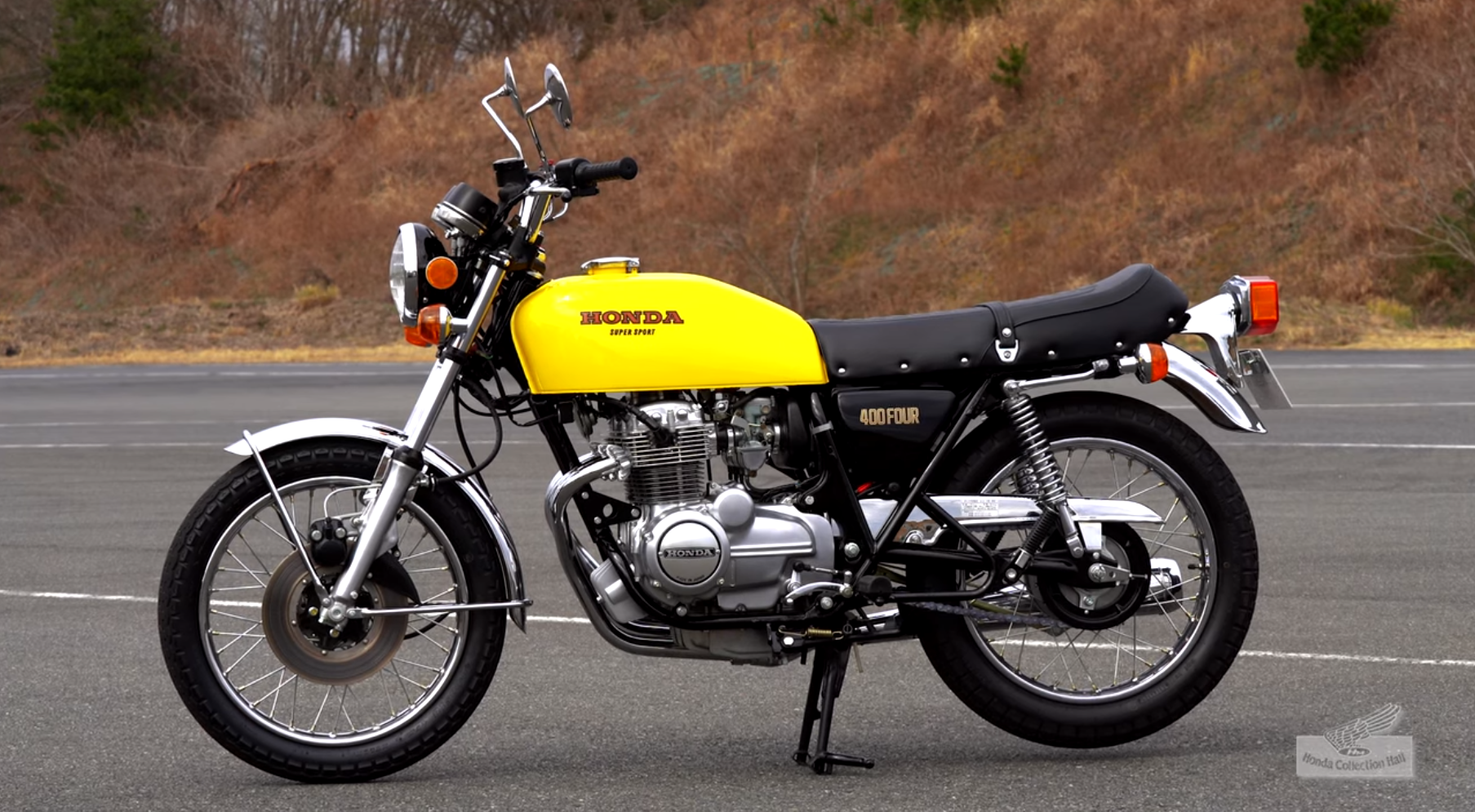 DREAM CB400 Four II has been released on March 6, 1976, with 5,500 units production. It was newly equipped with Up-type handlebar. This is the only motorcycle in the 4-cylinder series that allows users to choose 1 of 2 types of handlebar according to their preference with a limited two-wheel license (400cc or less). Its orthodox styling provides a pleasant riding mood where you can enjoy cornering and other sports riding. 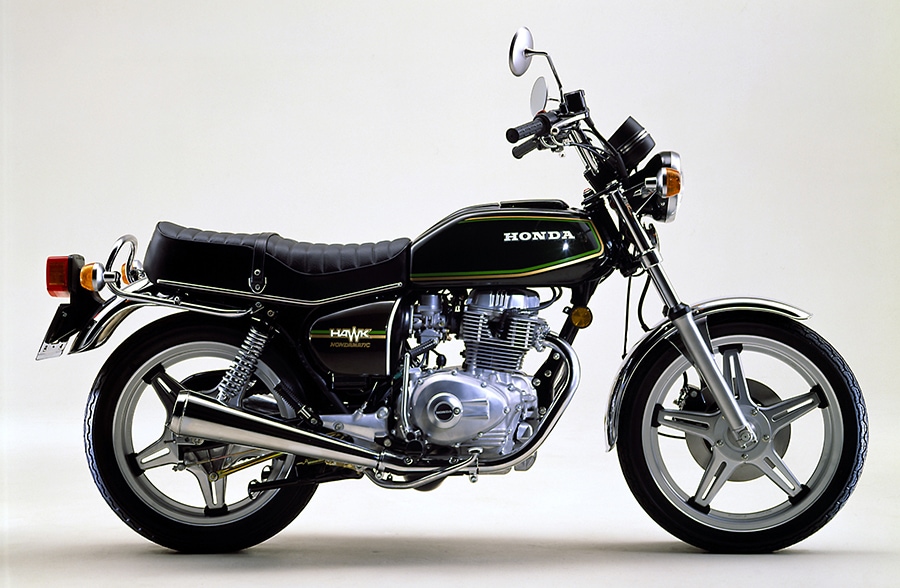 HONDA HAWK CB400T-AT (with Hondamatic) is powered by an air-cooled 4-stroke OHC 3-valve parallel 3-cylinder 395cc engine. This model was a HAWK II-based automatic transmission motorcycle that was equipped with a 2-speed torque converter like EARA. The engine was set to focus on mid-low rev range and was made more practical than HAWK II. 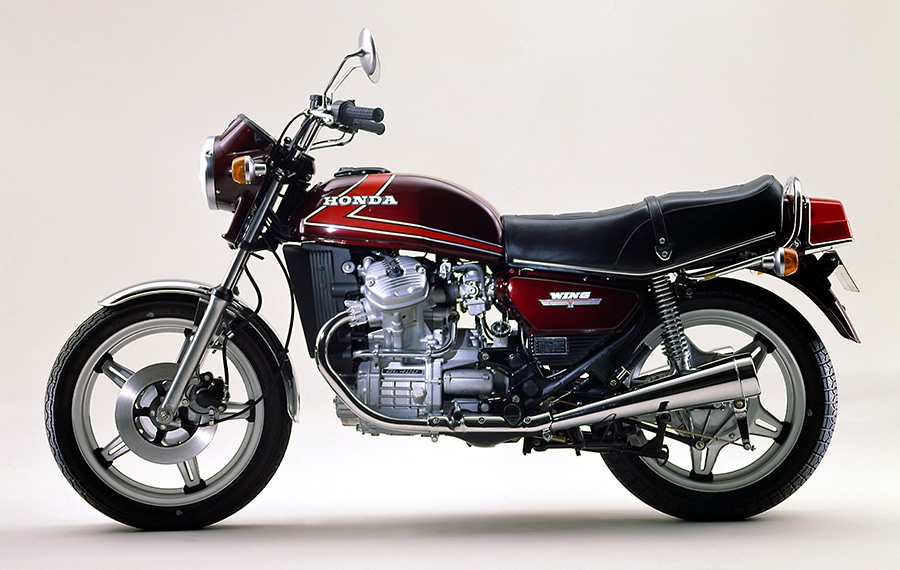 HONDA GL400 WING, which is a sibling model of GL500, combines long-distance riding and sporty riding characteristics. It was a unique touring model that adopted a horizontally placed crank V twin engine and a shaft drive. Though it was an OHV engine, it generated high rotation that exceeded 10,000rpm. The liquid-cooled, 4-stroke OHV 4-valve V twin 2-cylinder with an engine displacement of 396cc produces a maximum output of 40ps at 9,500rpm making it an agile, mid-displacement sport-touring motorcycle that was also comfortable for long-distance riding. 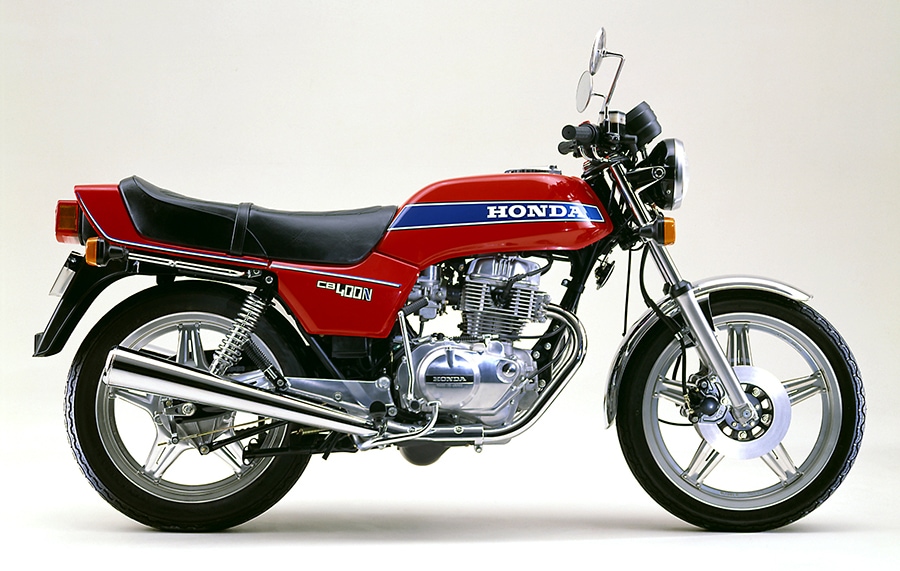 HONDA HAWK III CB400N with excellent riding performance and high sports performance was released on August 21, 1978 and was added in the line-up of the HONDA HAWK series. The CB400N adopted a design that inherited the impression of the CB900F, which was the top sportbike model of HONDA at that time. It had the engine and the body of the HAWK II. It features a 395cc, OHC 3-valve, 2-cylinder, 40-horsepower high-performance engine. With improved riding performance, double disc brakes are fitted to the front wheels, providing precise braking power and allowing the rider to enjoy high speed driving with plenty of room to spare. 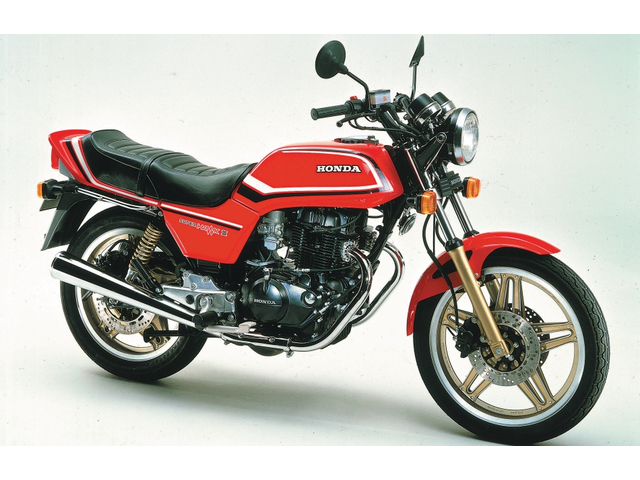 The Super Hawk III featured an air-cooled 4-stroke OHC 3-valve parallel 2-cylinder 395cc engine. It has an anti-vibration mirror and has the same design as that used in the CBX. It is a mechanism that can be freely adjusted to suit the riders' preference. Ignition key with built-in handle lock is provided for ease of use and convenience.