The HONDA Collection Hall is a museum of four-wheeled and two-wheeled vehicles located in Twin Ring Motegi, Haga-gun, Tochigi Prefecture, Japan. The museum was opened in March 1998 to commemorate the 50th anniversary of HONDA Motor Company's establishment, and to convey the spirit of HONDA's origins to many visitors.

The HONDA Collection Hall maintains a "Dynamic Preservation" program to keep historical products and racing machines in a road-ready condition, and as part of this program, HONDA periodically conducts a test ride to check if the machine still in good condition.

We've compiled these videos, broken down by age and displacement, into a special feature. Your first motorcycle may be here. We invite you to relive your old fascination with motorcycles and enjoy the motorcycle life again. 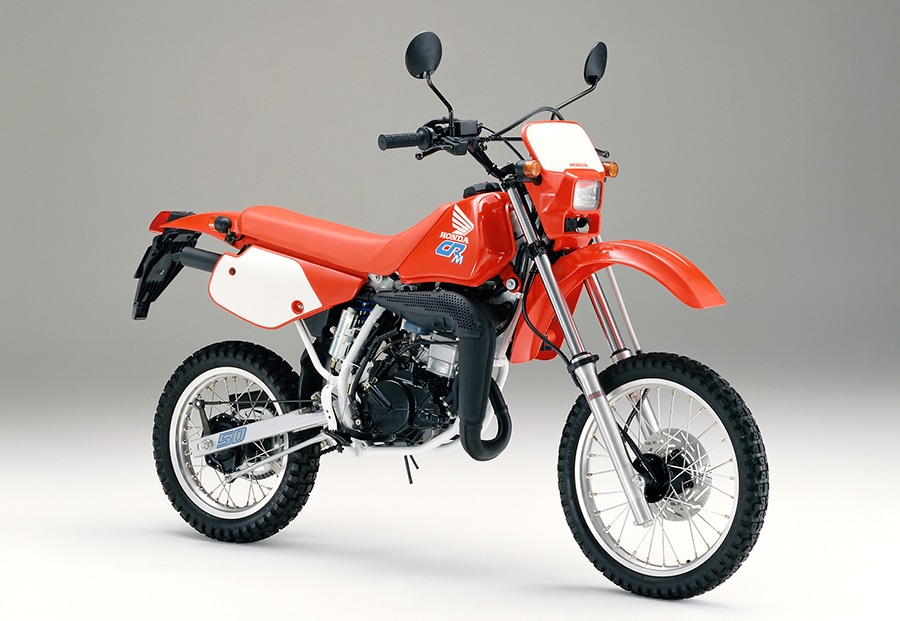 HONDA CRM80, a commercial motocrosser in CB series, was first released on March 15, 1988. It is equipped with a liquid-cooled 2-stroke, 79cc engine. Some components were designed in common with other models but, the exterior parts were redesigned to inherit the image of the CR, and a split sub-frame was adopted to make maintenance easier. It's worth mentioning that CRM80 is cheaper, and has a good fuel economy due to its small engine displacement. 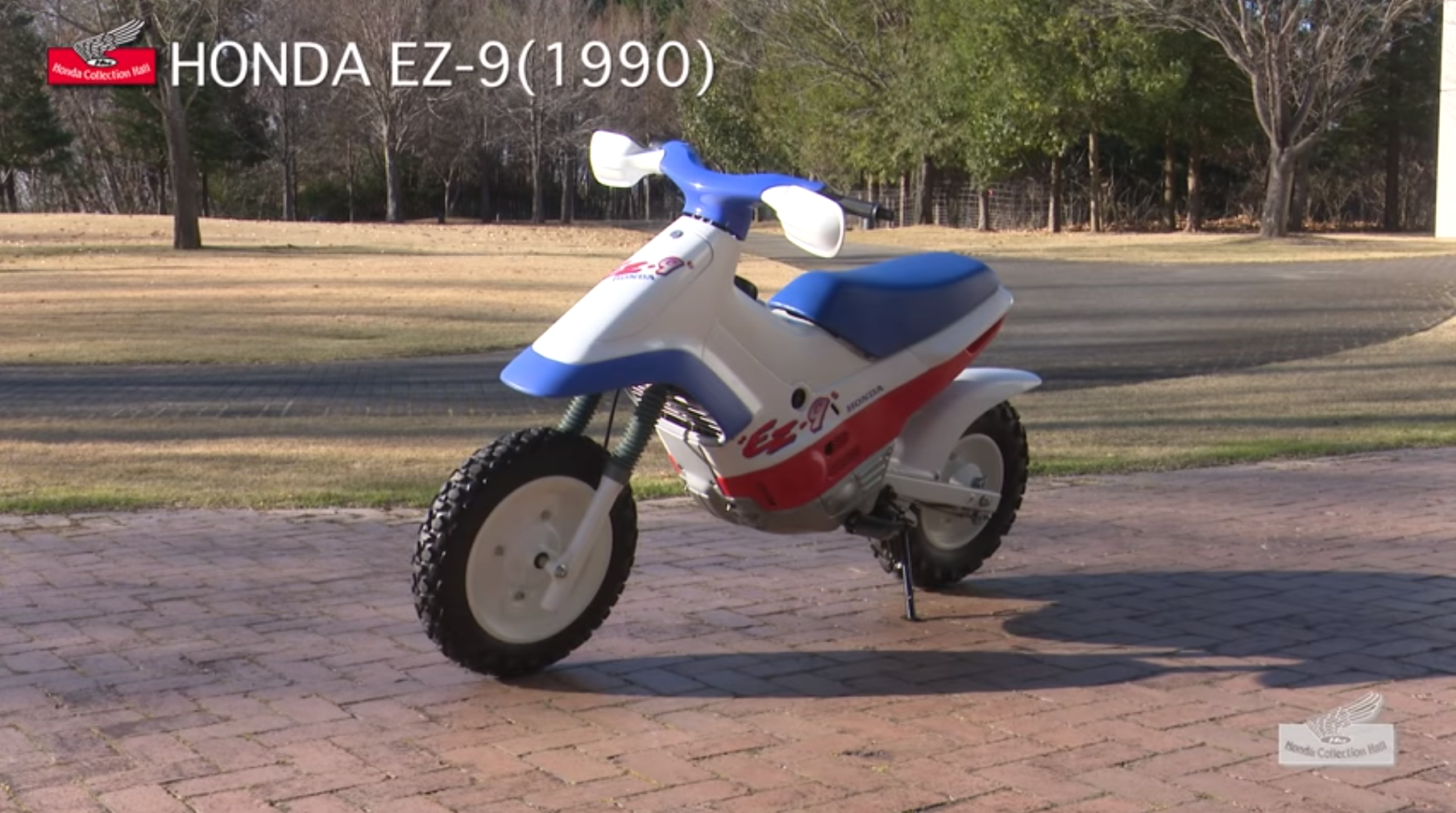 This elegant and lively HONDA EZ-9 was also called a CUB. It was announced on August 7, 1990, and was released on September 23 in the same year. With its lightweight, it easy to ride with automatic transmissions and with no age limit other than the size of the rider, capable as off-roader scooter. 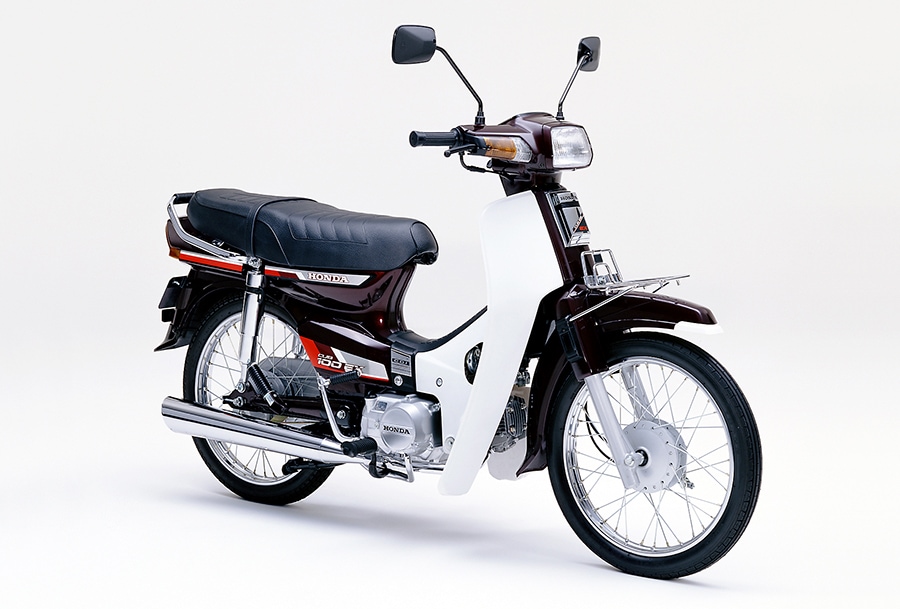 The CUB 100EX, locally known as the Honda Dream 100, is powered by an air-cooled 4-stroke single OHC 97cc engine. It was imported from Thailand HONDA in 1988. It has the largest displacement in the CUB series, offering excellent fuel economy, durability, and quietness. 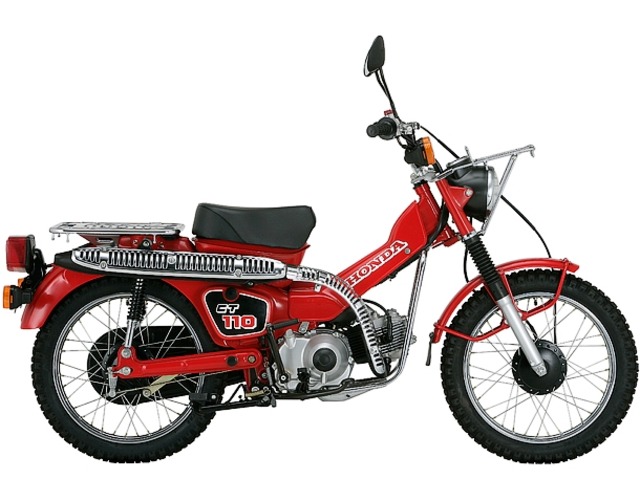 Honda CT110 is equipped with a 4-cylinder, 105cc, 7.6 horsepower, single-cylinder engine. The easy-to-use Honda CT110 was introduced as the 3rd trekking motorcycle. Some of the features are the large fuel tank of 5.5 liters, a large comfortable seat, and rear carrier to enable to carry a lot of outdoor stuff that makes this motorcycle ideal for long-distance touring.

The MTX125R was the first off-road model in Honda's 125cc class. It was launched in October 1982 and released in November the same year. The MTX125R equipped with liquid-cooled 2-stroke single-cylinder 124cc engine produces a max output of 18ps at 7500rpm and 145hp equivalent per liter. 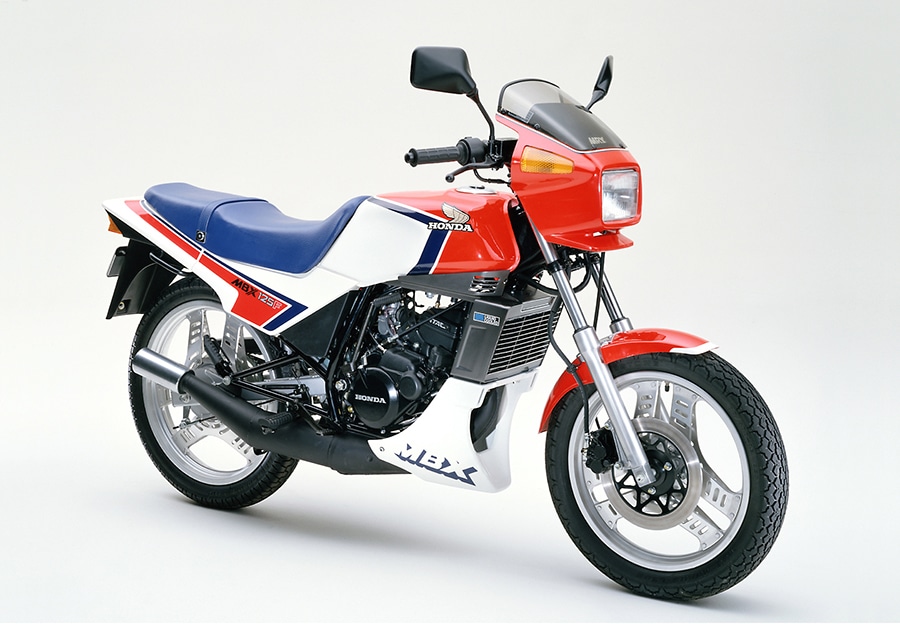 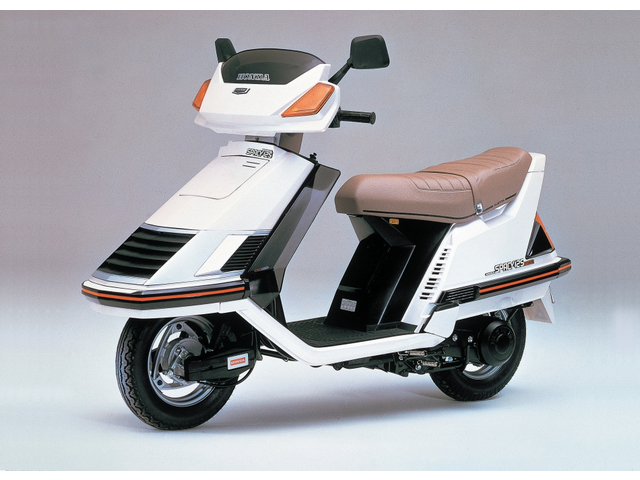 SPACY 125 STRIKER is powered by a liquid-cooled 4-cycle 124cc engine and produces a max output of 11 horsepower. SPACY 125 STRIKER is the top-end model of the Spacy series. The innovative design headlight is the most notable feature of this motorcycle. 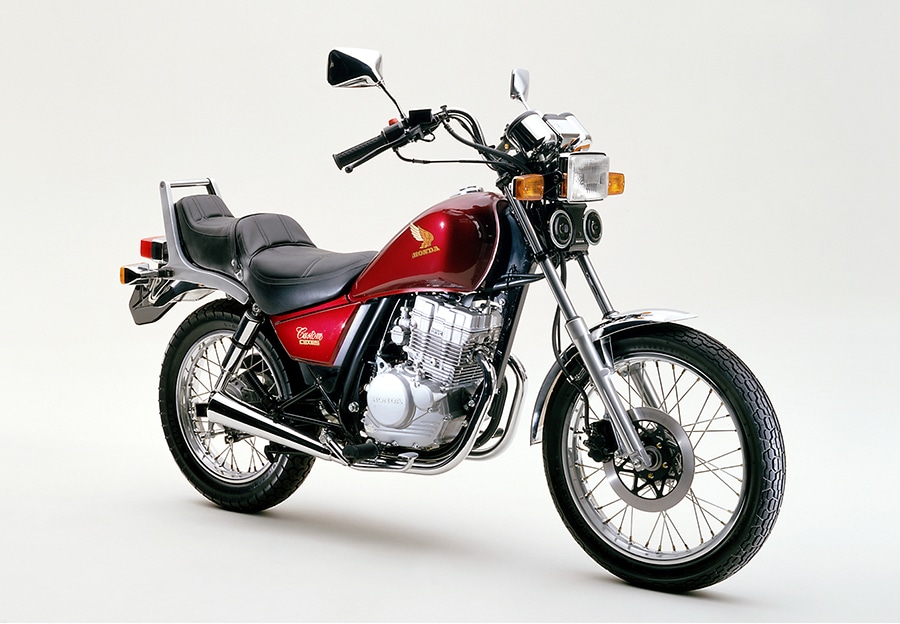 CBX125 CUSTOM is a small on-road sports motorcycle equipped with an air-cooled, 4-cycle, DOHC, RFVC single-cylinder 124cc engine. It has the American style ideal for long-distance touring. Its lightweight frame and a rigid semi-double cradle, and small diameter wide tires emphasizing it American style where you can enjoy light riding.

The NS125R is an Italian sports bike produced by Italy HONDA. It was released with a limit of 500 units on July 1, 1987. Its engine is powered by a liquid-cooled 2-cycle single cylinder 124cc. Due to its light and sporty style, NS125R captures the heart of the young European riders and became the best selling model for 2 years. 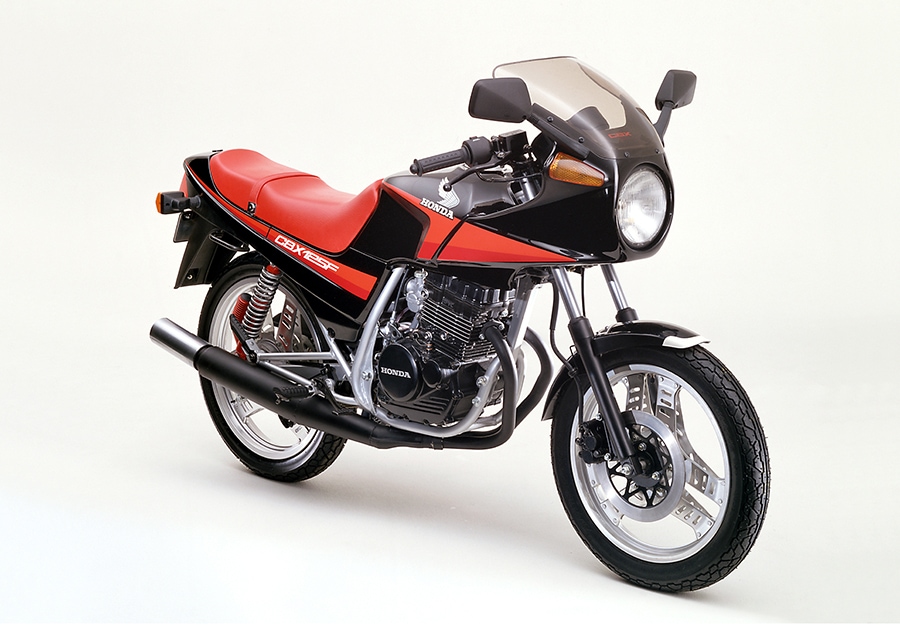 The road sport CBX125F, equipped with an air-cooled 4-stroke DOHC single-cylinder, was released on June 19, 1987. Its livery has a brighter and sportier look based on white and red setting to a more calm atmosphere. The CBX125F received a minor change to improved the quietness of the exhaust noise and adopted new color. 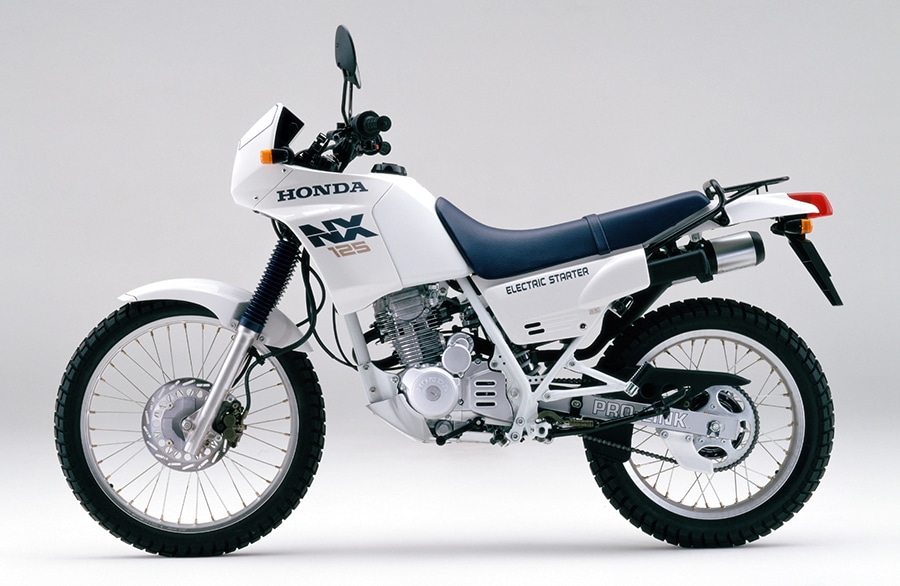 The NX125 is the AX-1's little brother, a dual-purpose motorcycle. It is equipped with a cell starter and an air-cooled engine on a diamond frame for excellent responsiveness in the everyday range. This innovative sports motorcycle was released way back on March 10, 1988.