Home
News
Motorcycle & Industry
HUNTER CUB vs. CROSS CUB: What are their Attraction and Benefits?
3.83/5 (6)

HONDA will release the CT125 HUNTER CUB, a highly anticipated new model, in June. What worrisome was its distinction from the CROSS CUB 110. Both are versatile models derived from the SUPER CUB that can be widely used from city riding to forest road touring. I will compare these 2 models and find out what makes them so appealing. 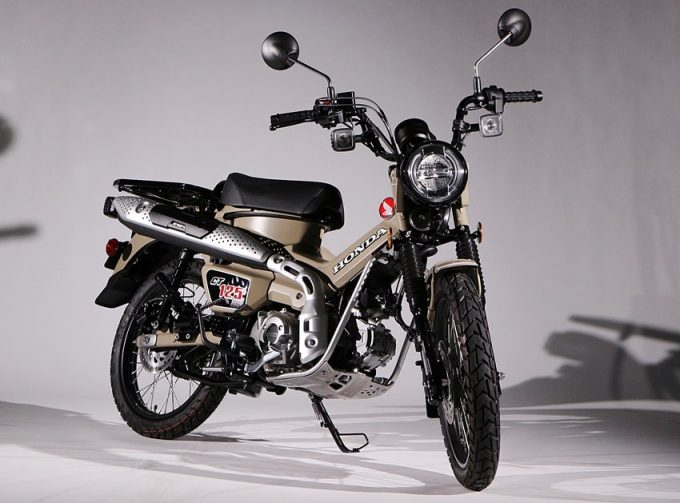 The CT125 HUNTER CUB is a model with expanded functions for enjoying a variety of outdoor leisure activities such as touring and camping in the suburbs, in addition to the ease of everyday use of the SUPER CUB. The original CT110 was introduced in 1981. This model was developed for the North American market and was widely used for work on farms and in the mountains. By the way, HUNTER CUB is a common name in Japan, and it seems that the name was used for the SUPER CUB for hunters that was sold in 1961. The HUNTER CUB was born as a tough tool to withstand professional use, and has since evolved into a versatile commuter perfect for leisure use. The CT125 HUNTER CUB was a reproduced style of this traditional model with modern technology. 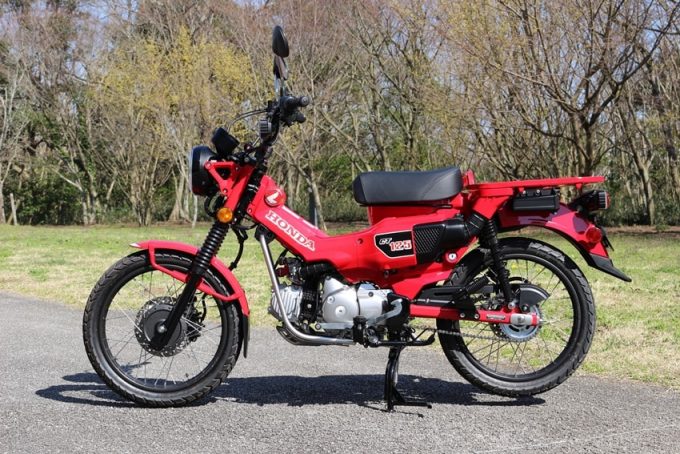 The body of the CT125 HUNTER CUB has been optimized based on the premium version of the SUPER CUB C125 by reinforcing around the head pipe and rear carrier, and extending the front and rear suspensions. The engine is equipped with an air-cooled 4-stroke OHC single-cylinder 124cc from the WAVE125 series, the flagship model exclusively for Southeast Asia, which produces a maximum output of 8.8ps. It has been built to be able to play in a wide range of use from city riding to camp touring, trekking on forest roads, etc. Aside from a large carrier that can be fully loaded with hobby tools, the front forks with a stroke of 110mm, upgraded exhaust system, and under guard are used as equipment to enhance its riding performance especially on rough terrain, securing a minimum ground clearance of 165mm. In addition, safety is also improved by equipping the front and rear brake discs with 1-channel ABS that operates only at the front. The off-road ABS function installed in adventure models is the same type that operates only at the front and is also effective in case of sliding the rear wheel when braking into a corner.
In this sense, the CT125 also shows that the emphasis is on off-road performance. 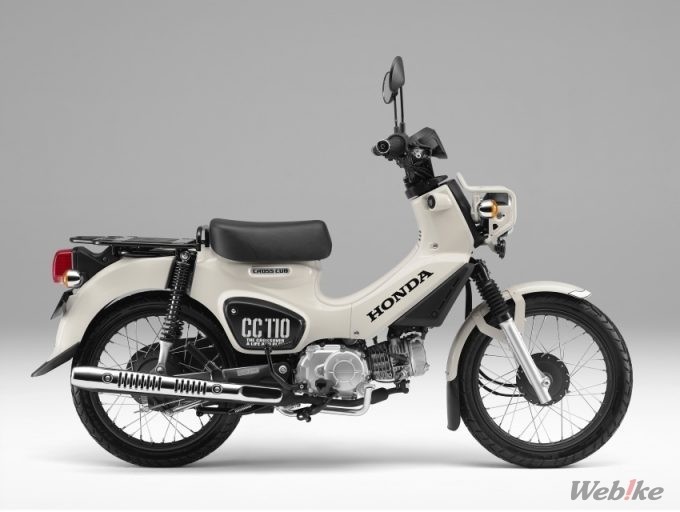 The CROSS CUB 110, on the other hand, is a popular model with outdoor styling and equipment that can be used for a wide range of purposes, from commuting to school to leisure. The first-generation CROSS CUB, launched in 2013, was based on the business model "SUPER CUB 110" and was equipped with low gearing, light guards and an upright riding position, but for 2018, the base model is also a new SUPER CUB 110 with LED headlights and no leg shield, making it even more stylish and playful. The air-cooled 4-stroke OHC single-cylinder 109cc engine, which produces a maximum output of 8.0ps, has also been upgraded to improve reliability and provide a high-quality transmission.

The HUNTER CUB for existence, the CROSS CUB as a tool 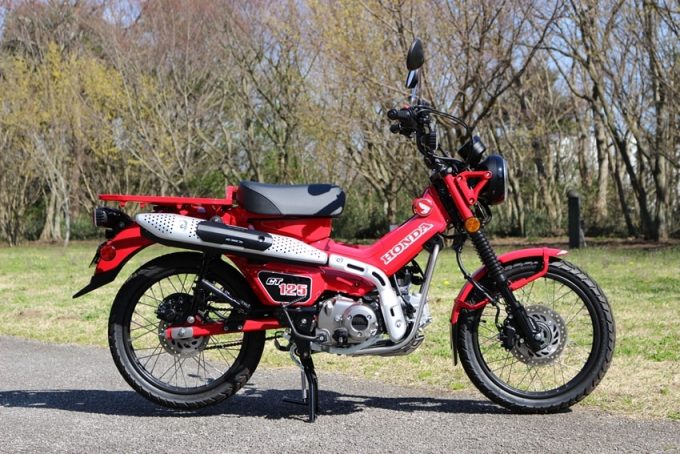 The CT125 HUNTER CUB is a luxury leisure motorcycle with all the practicality and luxury of the HUNTER CUB, but with the new CT125 HUNTER CUB, will it be difficult to separate it from the CROSS CUB 110? Despite being in the 125cc class, it has a presence that rivals even larger motorcycle and satisfies users' desire for ownership. The SUPER CUB C125 and the MONKEY 125, both based on the SUPER CUB C125 and the MONKEY 125, can be said to be full-fledged mini-bikes in the realm of fans.

The CROSS CUB 110, on the other hand, is positioned as a "commuter with a playful spirit. The lightweight body is easy to maneuver, making it ideal for commuting to work or school. A chain cover and a large rear mudguard make it an attractive tool for a CUB. Both have different engine displacements, and the CT125 is one rank higher in terms of equipment such as ABS for front and rear brake discs, and upgraded exhaust system to enhance frame and suspension. The price difference is reflected of around 800 USD, in which "CROSS CUB 110 is around 2600 USD (Japan) / CT125 HUNTER CUB is around 3400 USD (Japan)".

Looking back on its origins, however, the first-generation CROSS CUB 110 was the successor to the CT110, a conventional HUNTER CUB that was unfortunately discontinued for the 2012 model year. Given so, it is likely to say that CROSS CUB was supported as a reliever on behalf of the starting pitcher who worked hard through long innings. The starter and the reliever may have different roles and personalities, but there is no doubt that both HUNTER CUB and CROSS CUB are two dependable scooters.