How to restore the chromes on your bike

Chrome plating, which is used as a surface treatment for steel parts such as spoke wheel rims and pipe handles, has a dignified and luxurious feel that is different from painted finishes. However, in order to keep the metal shine, regular and continuous care is necessary. Let’s take a look at what maintenance you should do on a regular basis, and what you should do when you notice a little rust. 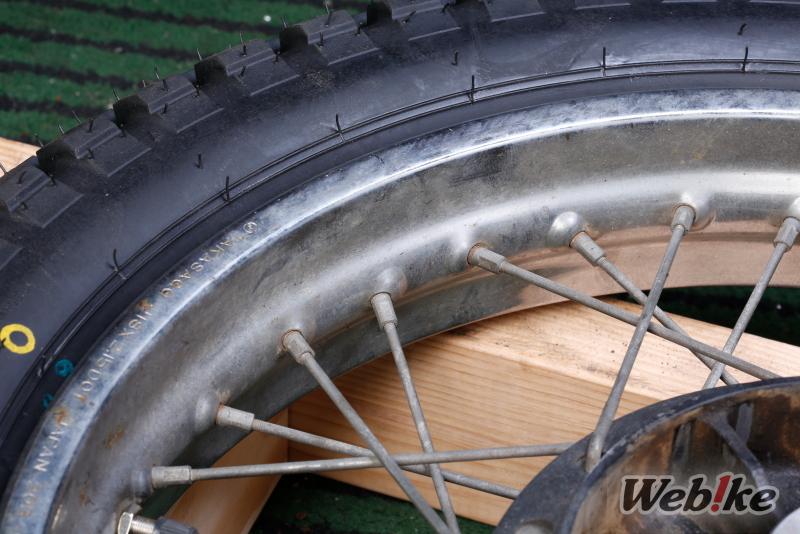 Compared to exterior parts such as the gas tank, wheels are often overlooked when washing the bike, and dirt tends to settle on them while they are being neglected. Even if they look shiny when wiped with a wash detergent, they need to be polished once the water dries to the surface.

Chrome plating, with its beautiful metallic luster, is used on various parts of motorcycles such as cosmetic bolts, fenders, and wheel rims as a type of surface treatment for steel parts. Since chrome is deposited using the action of electricity (electrons) in the plating tank, the material must be conductive to electricity, but chrome plating can also be applied to plastic materials by performing electroless plating that does not rely on conductivity.

Chrome is known for its decorative advantages due to its shininess, but it also serves the same purpose as painting with paint to prevent rusting. In contrast to paint, which is made of resin, chrome plating is made of metal, which is characterized by its high surface hardness and resistance to scratches.

However, if left uncared for, the surface will become dirty just like painted parts. In addition to the surface, the dirt can get into the inside of the plating. To the naked eye, the plating looks like a uniform film, but if you look at it under a microscope, you will find numerous small cracks. Some old parts have red rust underneath the plating, which is the result of moisture penetrating through the cracks, reaching the inside of the plating film and reacting with the underlying metal. It is difficult to say how long it will take for rust to form on chrome plating, as it is affected by storage conditions, plating quality, and film thickness.

However, by taking the same care as with other metal parts, such as not leaving the surface dirty or in a humid place, it is possible to maintain its beautiful condition. 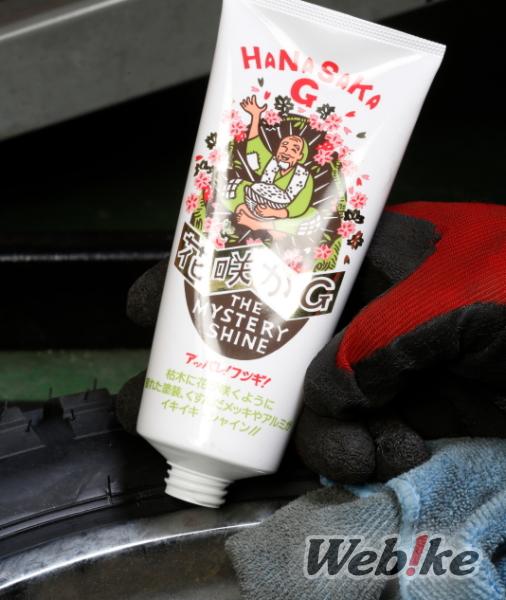 Eiken’s Hanasaka G Wax is a combination of degreaser, polishing compound and wax. They declare that it can be used to remove dirt and polish dull chrome and aluminum parts.

Editor’s note: we cannot ship any products that contain liquid material overseas, but any other aluminum comply polishing compound should work just fine. 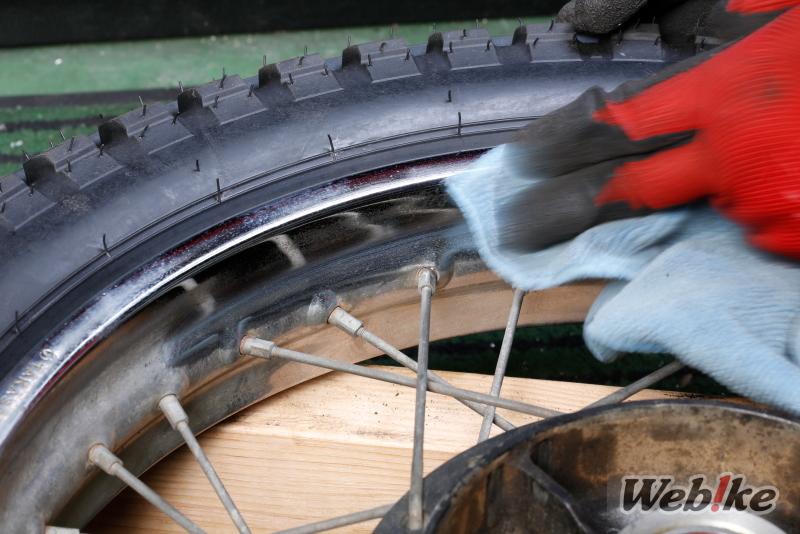 Gently rubbing with a soft rag or microfiber cloth will remove dirt from the plated surface and bring it back to life. After polishing, it’s water-repellent, so you don’t have to worry about water and dirt sticking to the surface.If the dirt on the chrome plating is thin, it can be removed by gently rubbing it with car wash detergent, a sponge, and a rag, just like the gas tank and fairings. On the other hand, if the surface of the chrome plating is covered by thick dirt, car wash detergent may not be enough to clean it.

In that case, we shall use some stronger stuff..

Don’t worry about using chemicals that would damage the plating. (Of course you shouldn’t push it too hard.) The abrasion resistance of the plating is stronger than paints, so you are safe as long as you are applying a compound that is paint-safe. However, if you apply compound to a wheel rim with fine gravel on the surface, there is a risk that the gravel will become abrasive and scratch the chrome, so washing the rim with water before polishing is a great idea.

Here, I use a polish compound to polish the rim, where detergent and sponge could not remove the film of dirt, and the unique luster of the chrome plating was easily restored. It is recommended to use a cleaner that contains a wax component, as it is difficult to get dirty and prevents rusting.Once you polish it carefully, the second time becomes much easier to do.

1: The surface of plating is harder than paint and has excellent scratch resistance.

2: It can be polished with a paint compound. 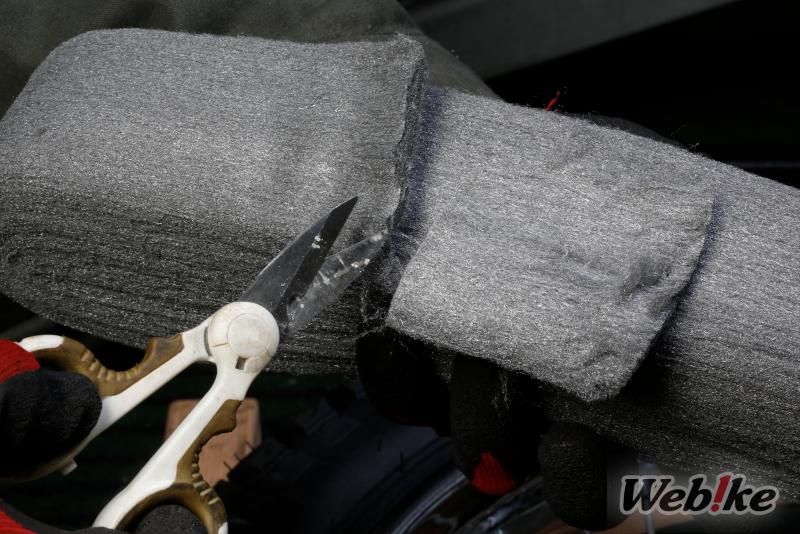 Steel wool is used not only to remove stains in the kitchen, but also to polish metal and wood in the same way as sandpaper. You want to use the finest grade (#0000) to remove stains and rust from chrome plating.

Cut a roll of steel wool to an appropriate size and rub it while spraying it with anti-corrosion lubricant, the surface of the plating will become smooth, depending on the depth of the rust roots. It is similar to rubbing the painted surface of a car or motorcycle with iron powder removal clay. Be careful not to rub the surface when it is dry and without lubrication, as it will cause minor scratches. 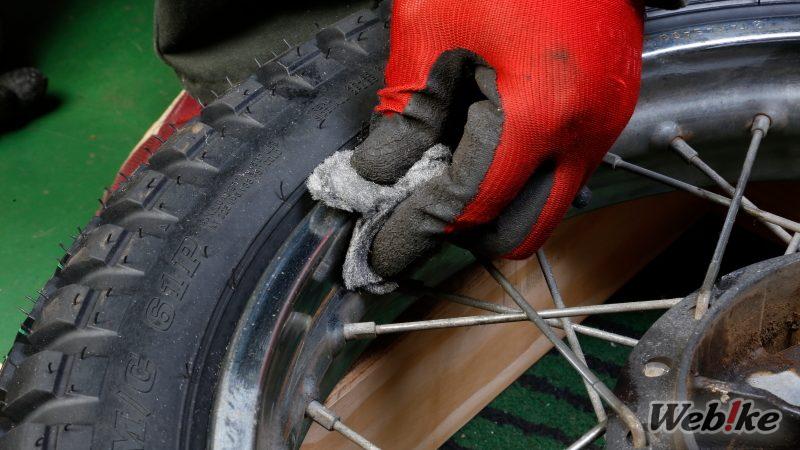 For parts that have been manufactured for decades, moisture seeping through cracks in the surface can reach the base metal steel, causing the chrome plating film to peel off in a scaly pattern. In that case, you are doomed 100%. However, if the surface of the plating is still covered with dots of red rust, there is still something that can be done.

At first, just scrubbing with a light force, just enough to slide over the chrome plated spot rust, that should scrape off the dirt from the surface and give it a metallic luster. You can then polish the rusted area with a little more force, and the rust will be removed as if it were entangled. When you trace the spot rust with your fingertips, you will feel it sticking to the surface, but after polishing with steel wool, the sticking will disappear and the surface will become smooth.

However, if you get carried away and gradually increase the polishing force, the hard chrome surface will become cloudy like frosted glass due to fine scratches, and because it is hard, the luster will not return even if you polish it with compound. Even if the rust is removed, it does not remove the rust from the steel material inside the chrome, so regular and continuous care is necessary. 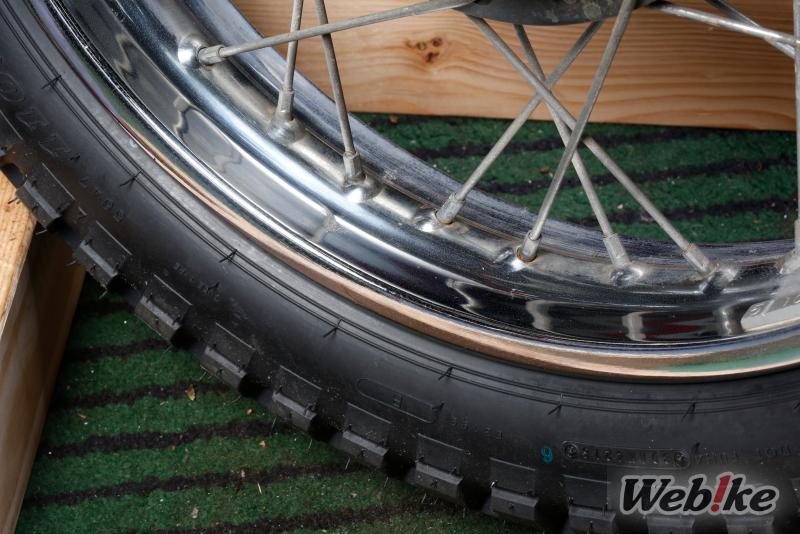 Traces of spot rust remain in spots, but now that the red rust is gone, it looks much better. We’ve seen many cases that the rims came back alive when restoring vintage bikes.

1: Light spot rust can be removed with steel wool. 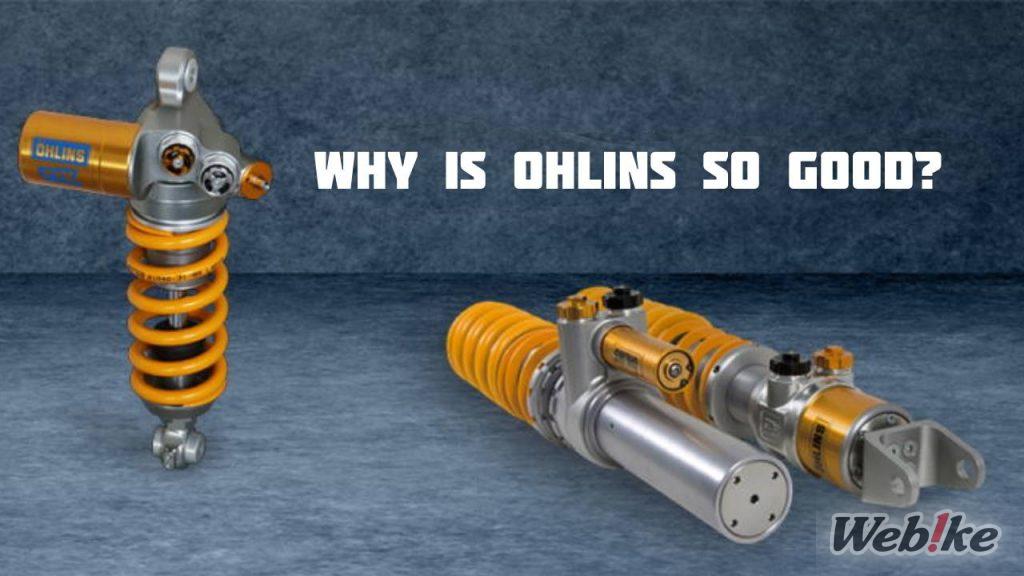 LEARNWhy is Ohlins so good? A must read before buying the best suspension Jan.28.2021 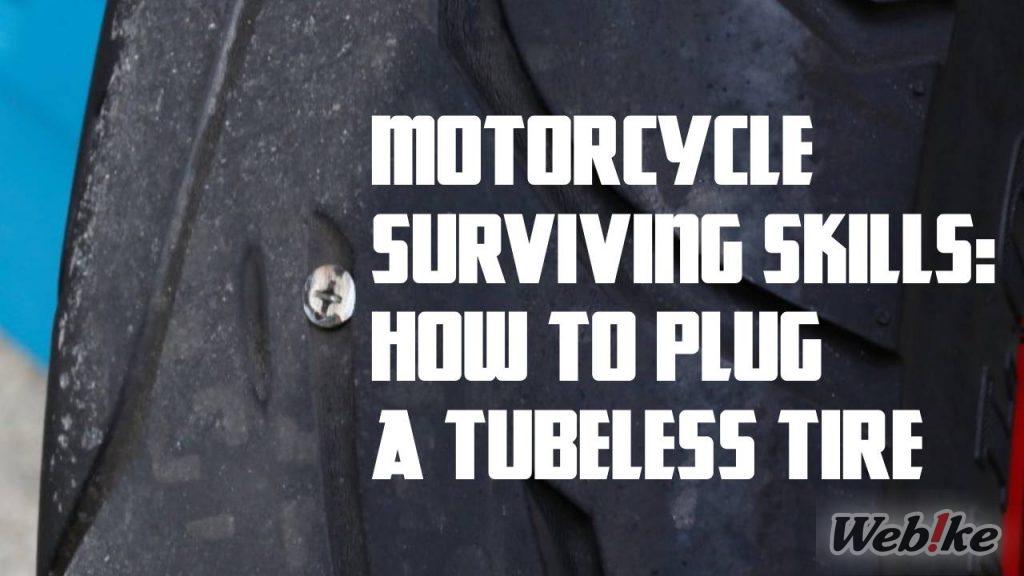 LEARNMotorcycle surviving skills: How to plug a tubeless tire Jan.25.2021

PICK UPLEARNHow to restore the chromes on your bike Jan.08.2021