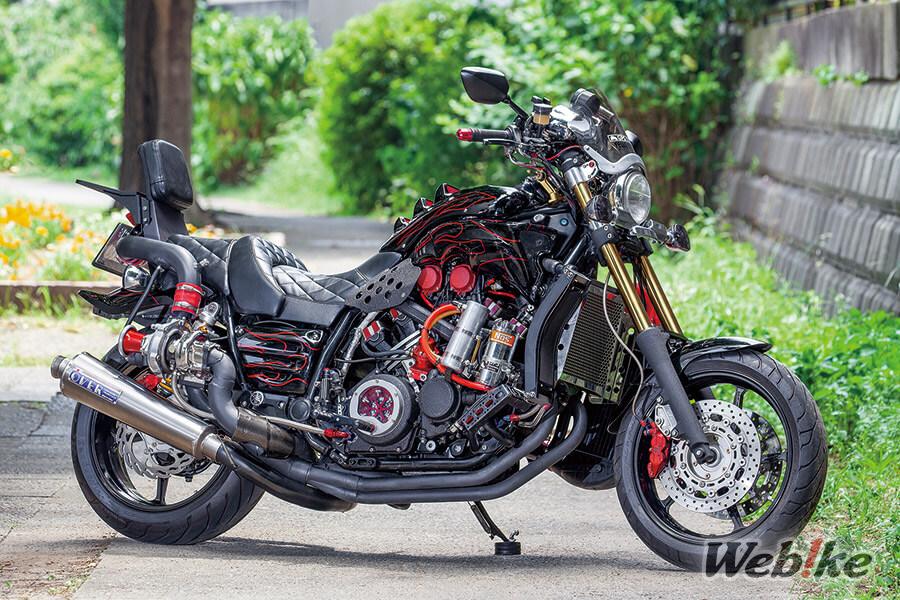 This is Esper's Yamaha VMAX Custom. The exterior has a high-impact design, and what is more, the intercooler twin-turbocharger and NOS (Nitrous Oxide System) that crawl around the bike is unique and we would say, very fearless custom. This VMAX also equipped with downsized 17-inch wheels for front and rear. 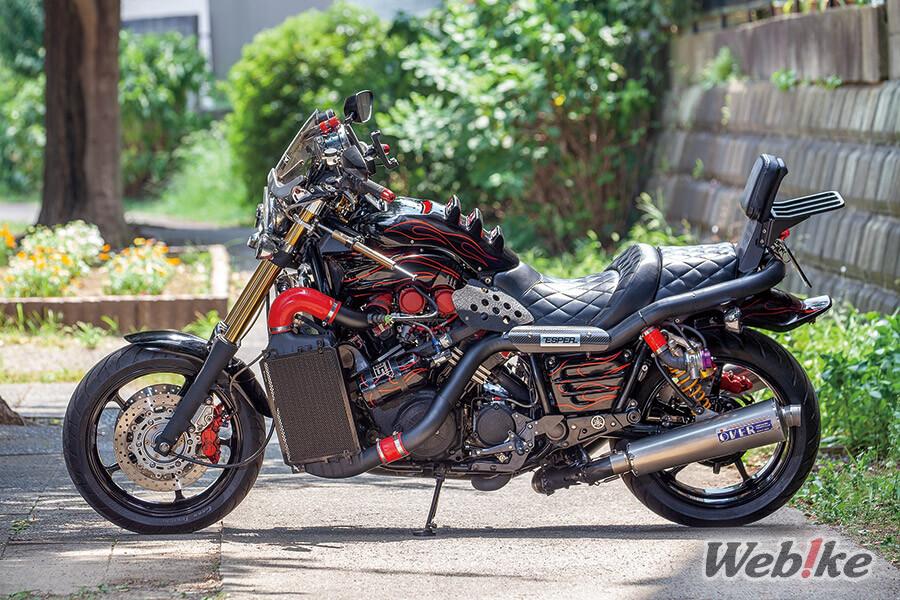 The turbo is a carbureted turbo. A surge tank (pressure reservoir for supercharged fresh air) was placed inside the tank cover, and four additional injectors were added on top of the surge tank to inject fuel like a CBR1000RR to produce 350 hp. The piping for the turbo went along with the exterior created by the owner. However, when this bike was tested with these specifications, it seemed to have too much power for the owner to ride, so they finally settled on an output of up to 160 hp. 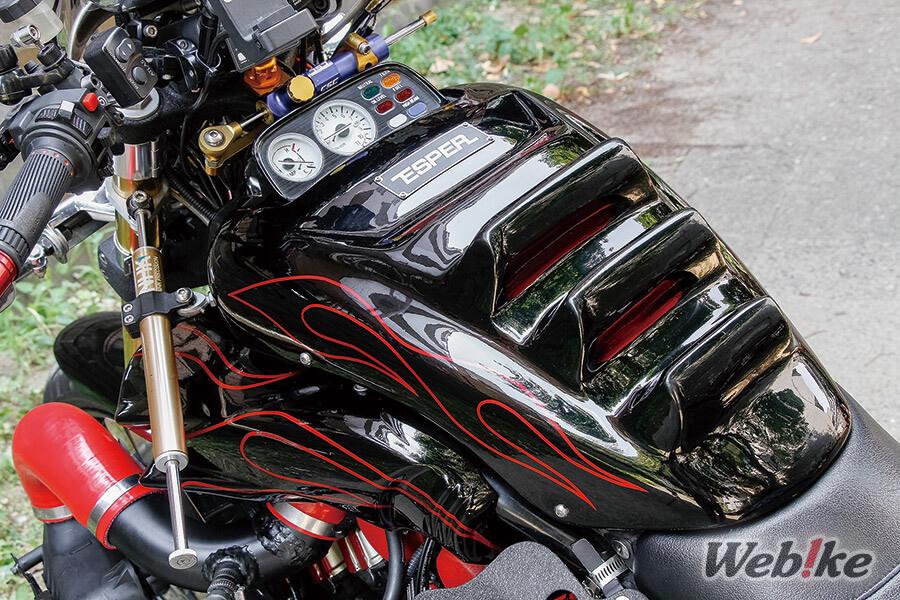 There are 2 steering dampers to hold the bike, Hyperpro in the center for the stem and NHK on the left.The edgy tank cover was installed by the owner. The left and right master cylinders are Brembo RCS, and a meter visor was added and the mirrors were modified. 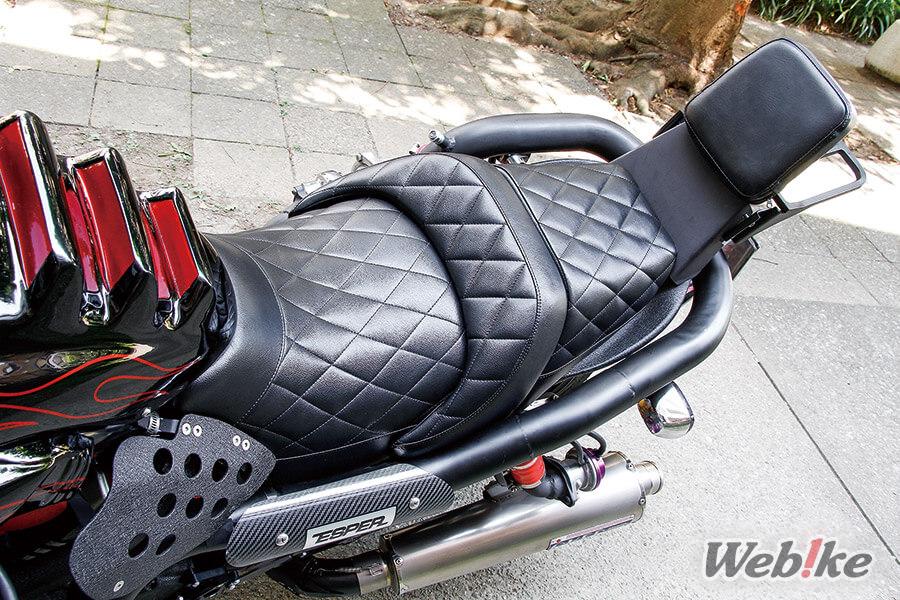 The aluminum side covers are painted with wrinkle paint, and the seats are cross-stitched with a sissy bar that also serves as a carrier, creating a gorgeous cruiser-like atmosphere. Another unique feature of this bike is the pressurized fresh air piping from the turbo that surrounds the seats. 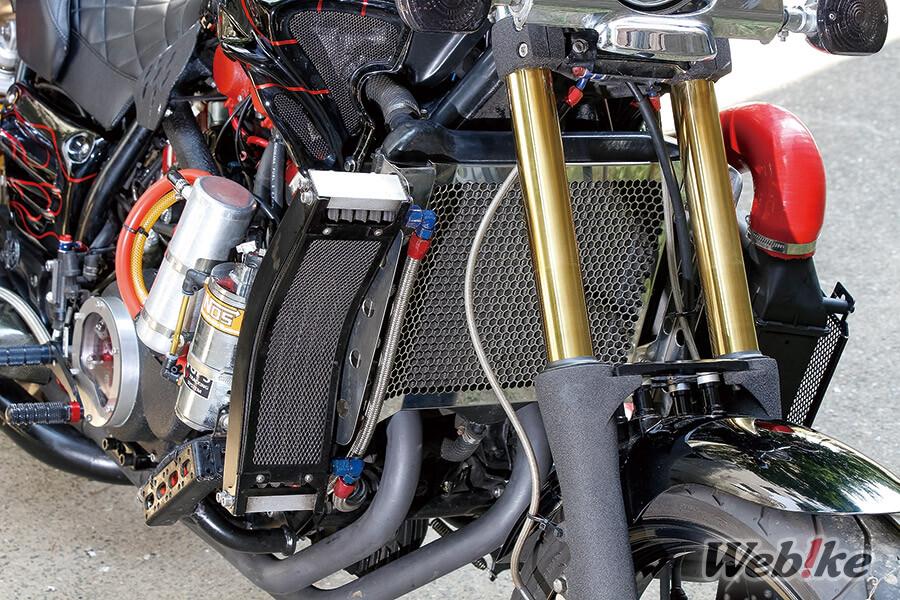 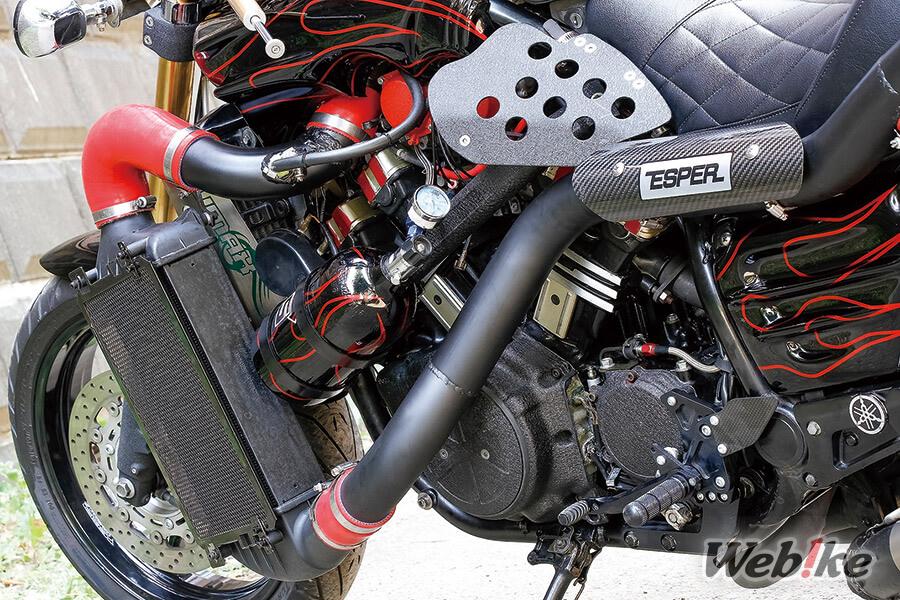 Pressurized fresh air from the turbo flows from the lower left side of the body up through the intercooler, into the surge tank inside the dummy tank, and then into the carburetor to port system. Four additional fuel injectors are installed in the surge tank, and a NOS nozzle is added to the throttle body. The turbocharger can increase power to 320ps, for a total of over 350ps. 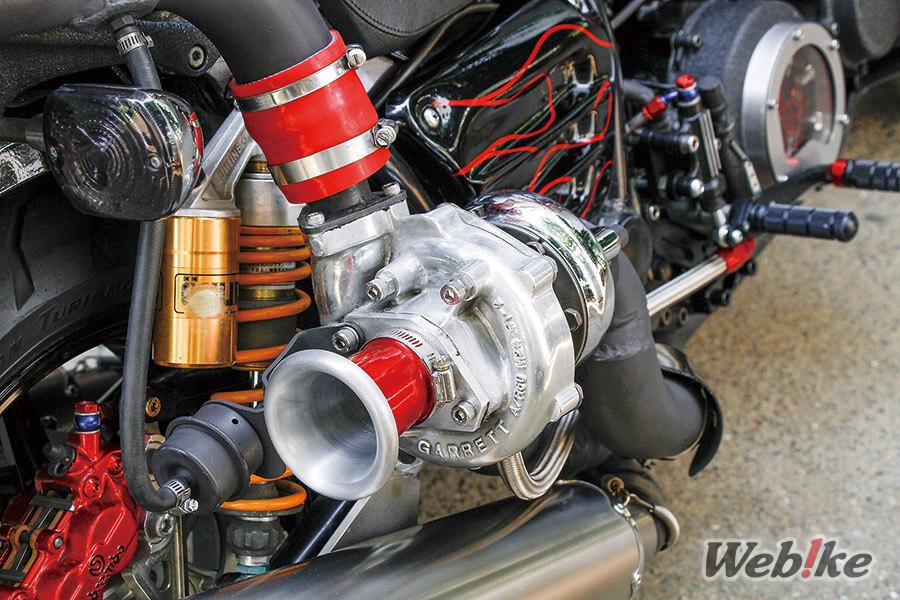 The Garrett turbine is located at the right rear of the bike, outside the right rear shock. The fresh air coming from the rear of the turbine is pressurized by the exhaust air flowing to the front side of the turbine, and enters the surge tank through the pipe in the upper left corner of the photo, passing through the rear part of the bike to the left. A blow-off valve is placed on the outside of the left shock. 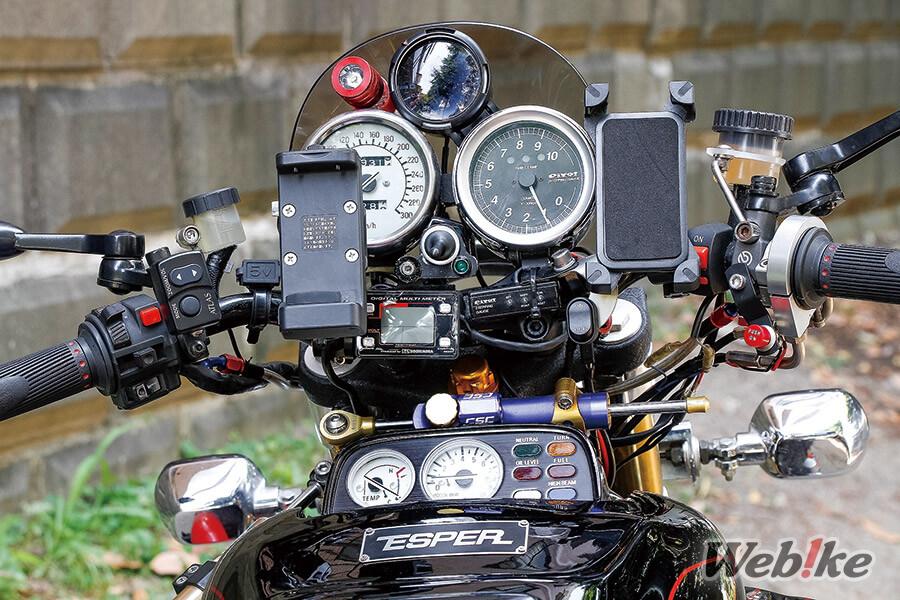 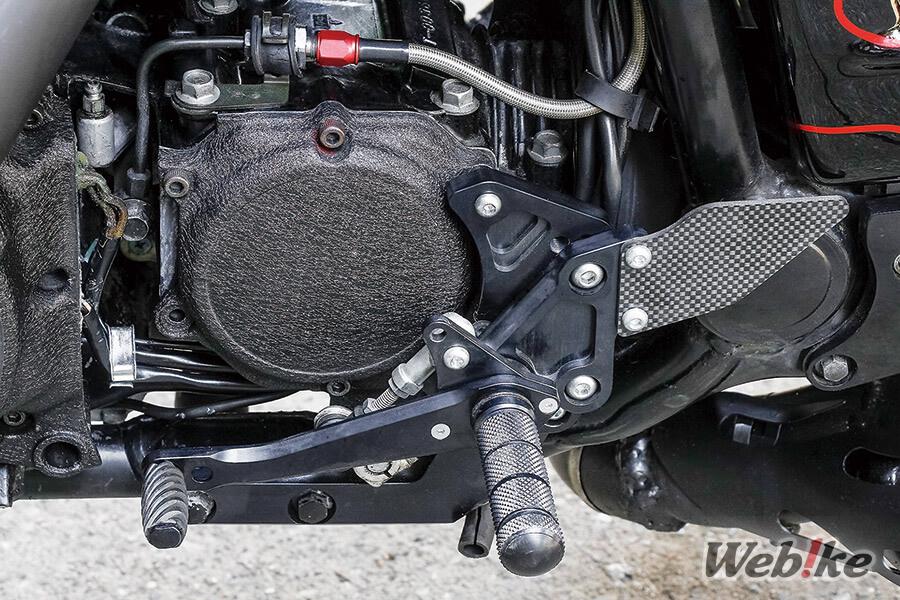 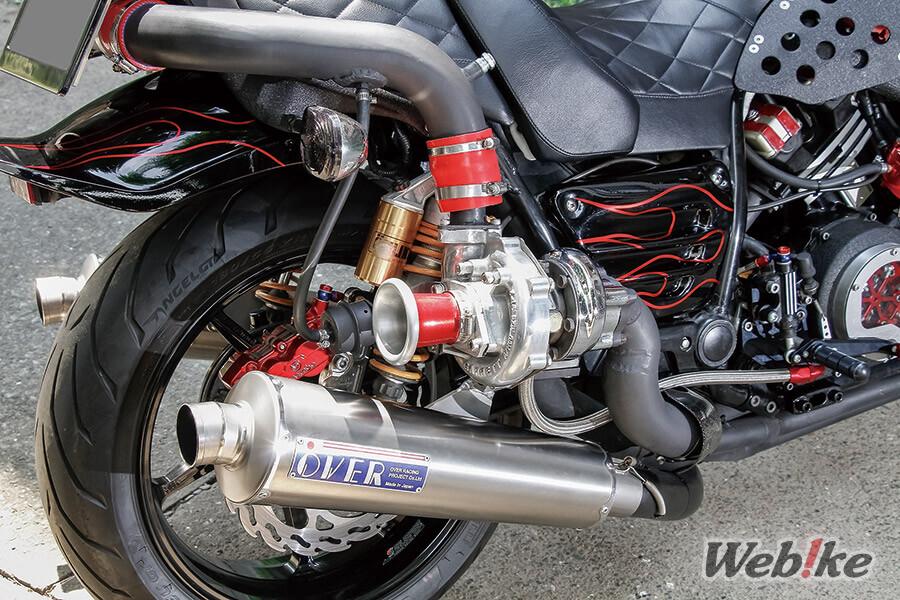