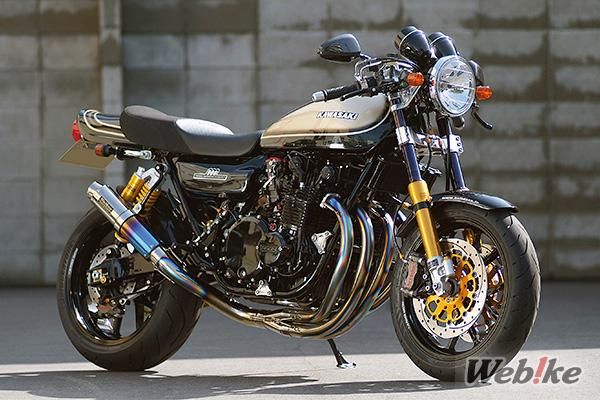 While dispelling concerns about the myth that "air-cooled Zs break down when tuned," everything was modified to bring out the high potential of the original air-cooled Z. The engine was finally decided to be a 1,135 cc spec in consideration of the balance between power and durability. The FCR-MJN φ35mm carburetor, and the Win McCoy exhaust are used for the intake and exhaust systems. 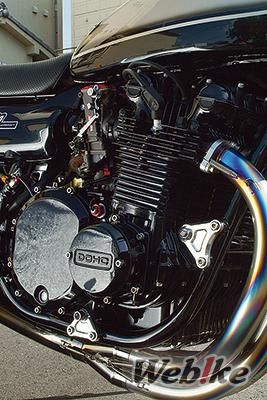 The engine, which has a beautiful appearance, has been tuned as well as overhauled. The engine displacement has been increased to 1,135 liters, but the power is said to be more than sufficient for street level riding. 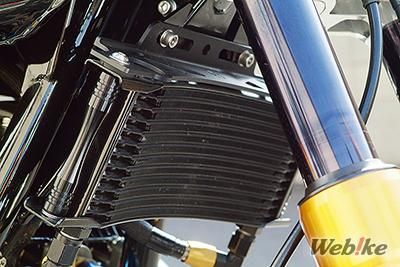 A round type oil cooler was adopted as a heat countermeasure for the engine, whose heat generation had increased with tuning centering on the displacement increase. The oil lines and hoses are also black for a more pleasing appearance. 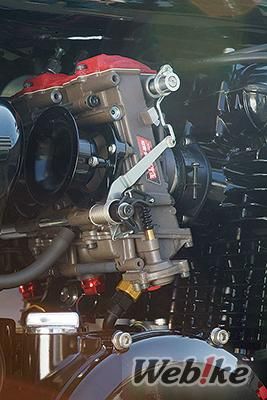 The carburetor used to improve power feel and axle response is the Yoshimura FCR-MJN 35mm diameter carburetor. The MJN carburetor was selected because of its high extension at high rpm. On the other hand, the slightly smaller diameter φ35mm was chosen for ease of handling. The synergistic effect of the two has resulted in unsatisfactory characteristics. 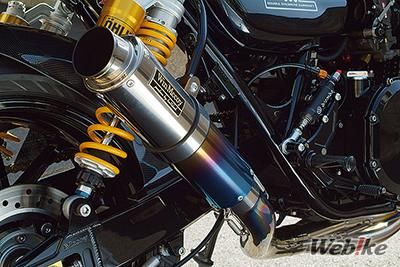 The full titanium exhaust is a functional part with a sense of beauty in form, was developed by the Win Mccoy series of BULL DOCK to increase torque in the low to mid range and to bring power throughout the entire range. 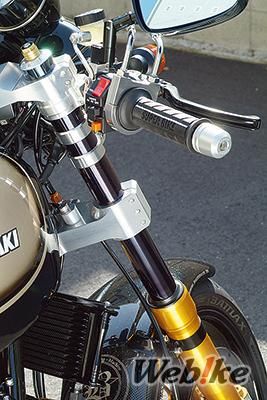 The rigid bracket is a McCoy stem kit that was adopted to fit Ohlins 43mm diameter forks. The fork length and offset can be adjusted to suit the vehicle body. 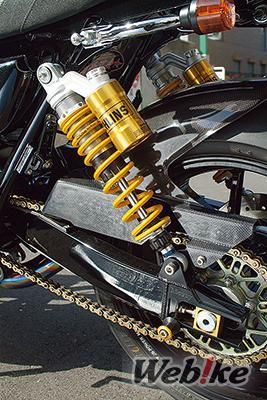 The Ohlins rear shock with laydown is a fully adjustable type with a wide range of adjustment. Of course, it is set up exactly to suit the machine's character and the stage it is being driven in. 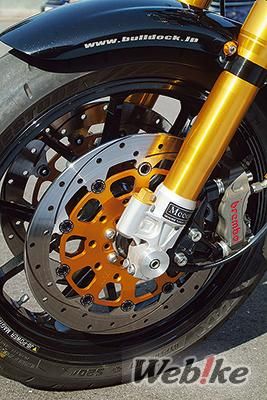 The front brakes are Brembo radial mount calipers and Sunstar Premium Racing for extreme riding by the owner, who used to drive on circuits. Strong braking power is provided.

In order to easily control the powerful braking force produced by Brembo's radial-mount calipers, the brake masters used are Brembo radial pumps, which are installed on a high percentage of the company's complete machines. 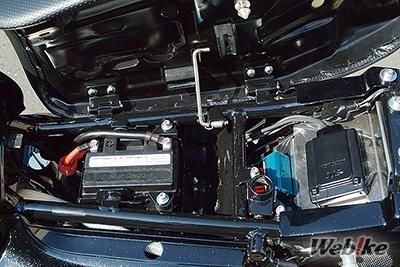 A small MF battery is mounted in the space under the seat, secured to the company's McCoy fenderless kit to keep the AS Uotani SP II unit and ETC unit out of the way. 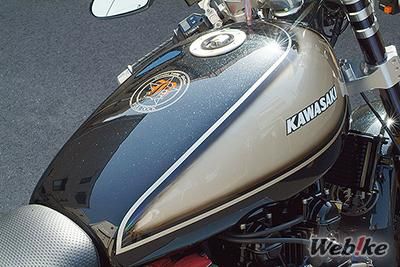 The tank is uniquely finished with a gradation & flake treatment on the base color of the stock fireball color. The fuel cap indicates that the tank is based on a lightweight beater aluminum tank. 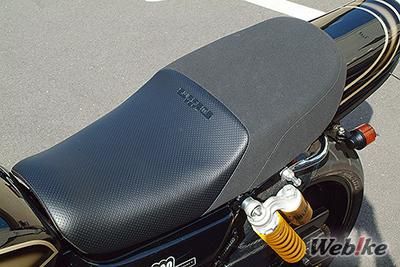 The stylishly designed seat is made of special urethane, and the Supreme Seat is well-reputed for its ability to grasp information from the road surface without causing buttocks pain even when driving long distances.

We have also released an article on BULL DOCK to our "BWK" series, so check the links below. 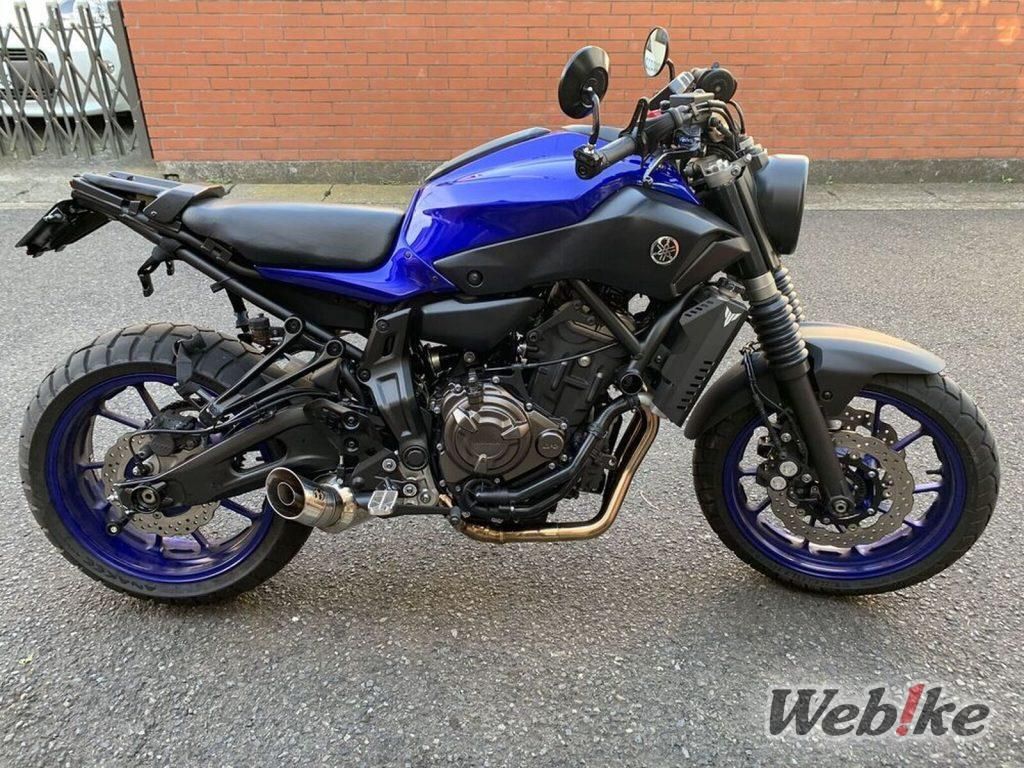 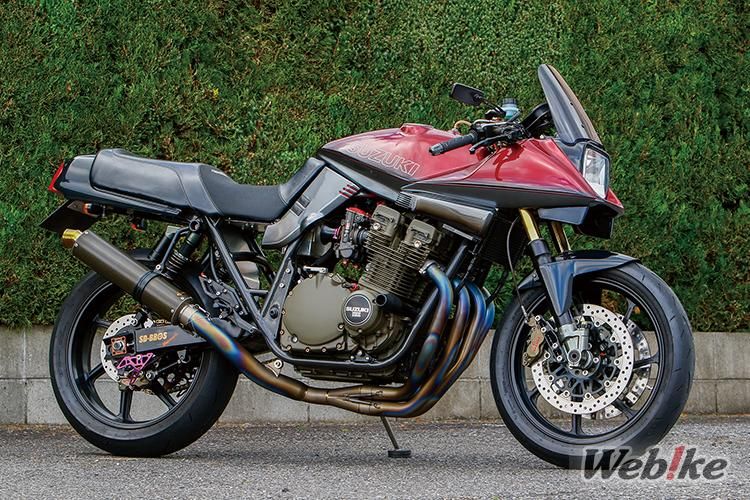 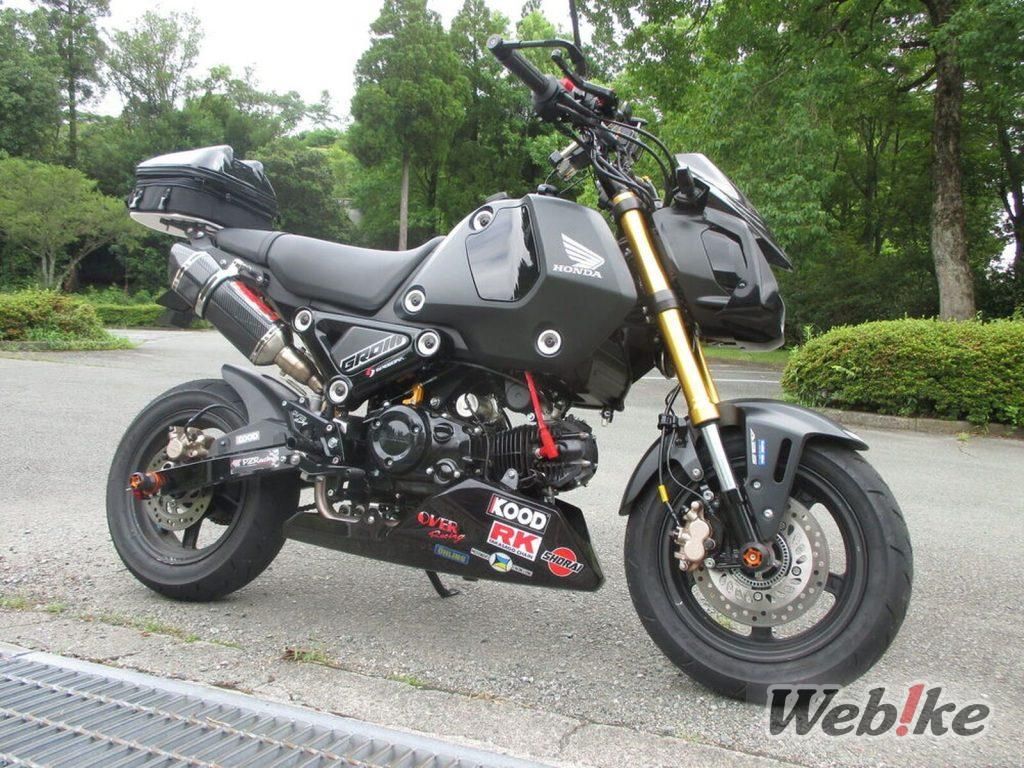 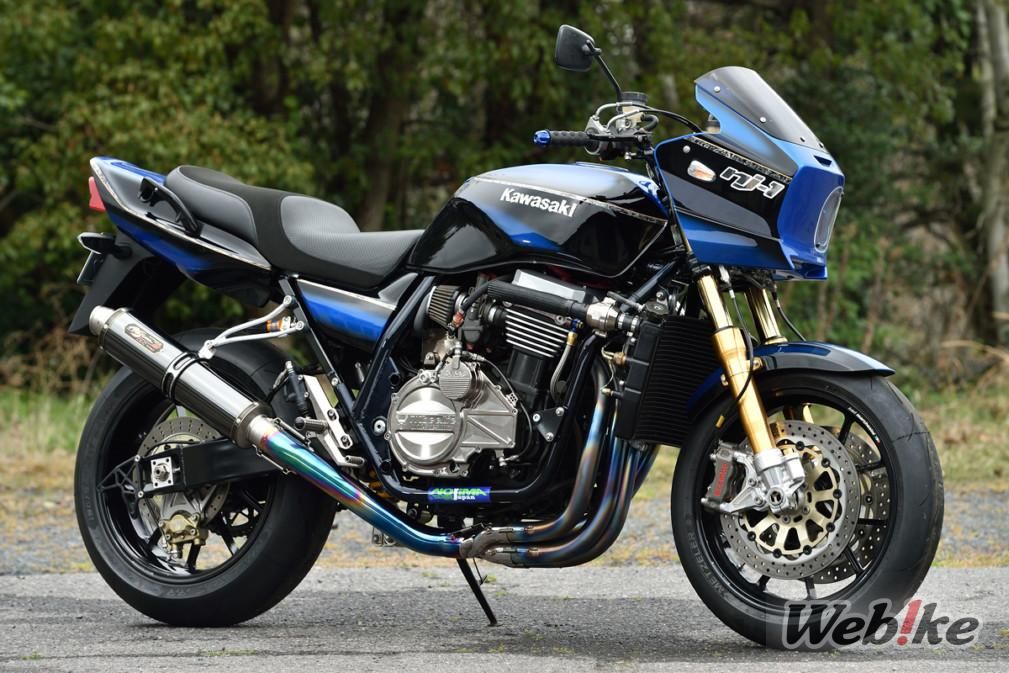 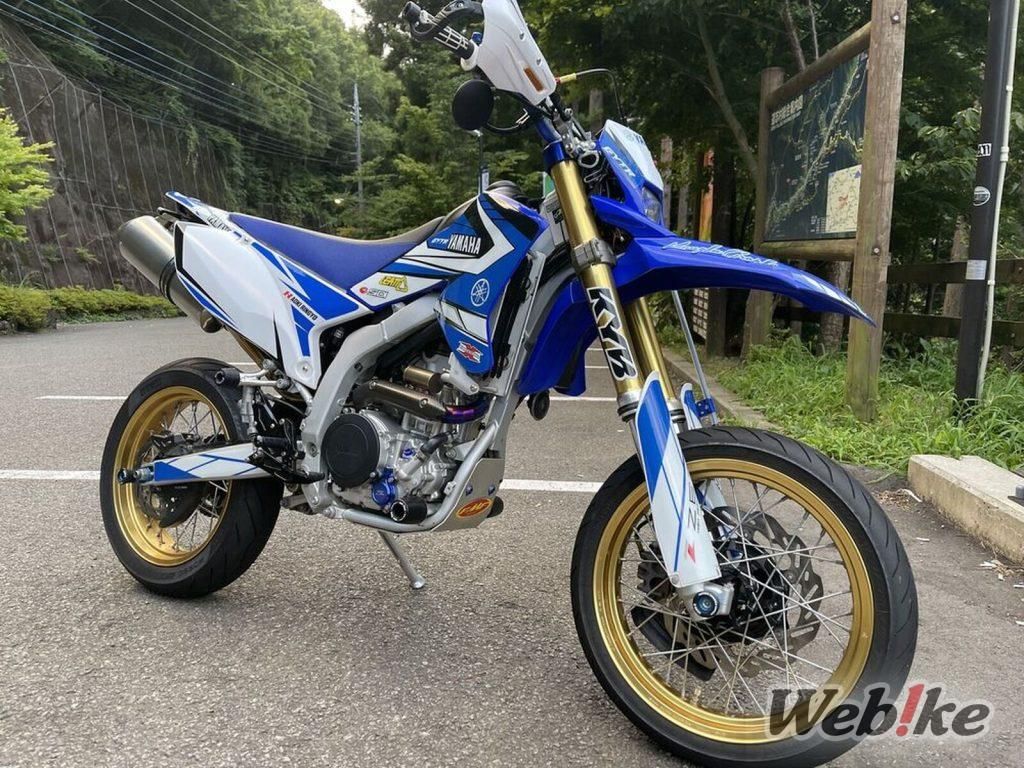