When SANCTUARY builds an RCM based on the GPZ900R, there are two options: the Sports Package and the Formula Package. The former focuses on renewing the chassis without changing the frame or engine, while the latter package is designed for full customization, including engine replacement. The Sports Package was a menu that assumes no modification to the engine unless engine tuning or overhaul was requested at the time of production. However, the quality of base bike has been getting worth over the years. The reliability of the engine became questionable, and there were concerns about the deterioration of the electrical wiring, so the menu evolved to include an engine overhaul and electrical renewal, including the replacement of the main harness. This is the current Sports Package Type R. Incidentally, the Sports Package also included the lighter Type S, but SANCTUARY no longer offers this service because it is no longer considered safe to ride a GPZ900R without engine modification. 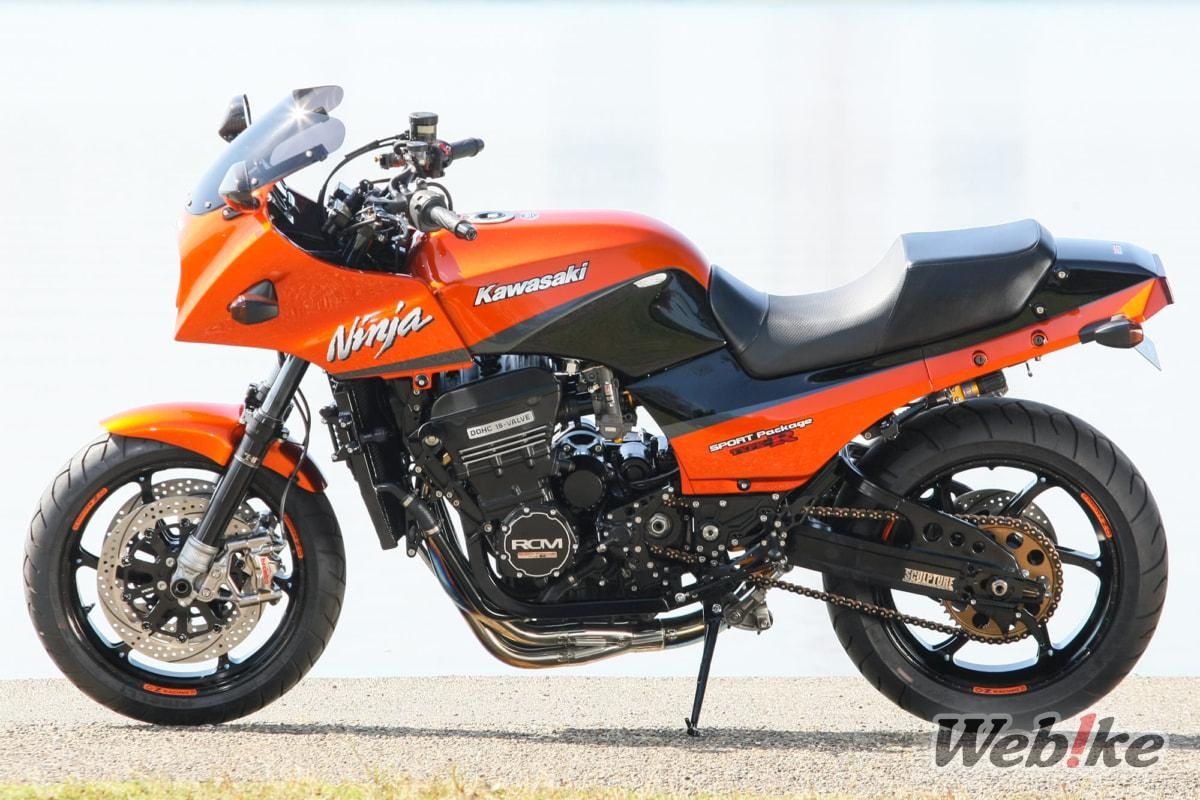 This GPZ900R is another one that has been reborn as the Sports Package Type R. The chassis consists of SCULPTURE brackets and swingarm, OHLINS front forks and rear shocks, and forged aluminum wheels by O-Z RACING, all of which have been reconstructed to modern dimensions while pursuing a chassis posture that allows for high road-following performance. In order to fully demonstrate its high road-following capability, Brembo radial 4-pot calipers and SUNSTAR brake rotors were used to provide powerful yet sensitive brake performance. In addition, the exhaust is by NITRO RACING and the intake is by YOSHIMURA TMR-MJN, giving the bike powerful enough characteristics for the street. The main harness was updated with a new harness from an older KAWASAKI model. The switches and other electrical parts are also from older models to ensure the high reliability that can only be achieved with a stock unit. The exterior is a new orange and black color scheme, which is not found in the original KAWASAKI model, but is more than just flashy. It has been reborn as the embodiment of SANCTUARY's ideal: Even though it is an old bike, having given the flagship of past generations a high level of riding performance that is applicable to the modern era, creating a machine that bike be ridden comfortably and safely in all situations. 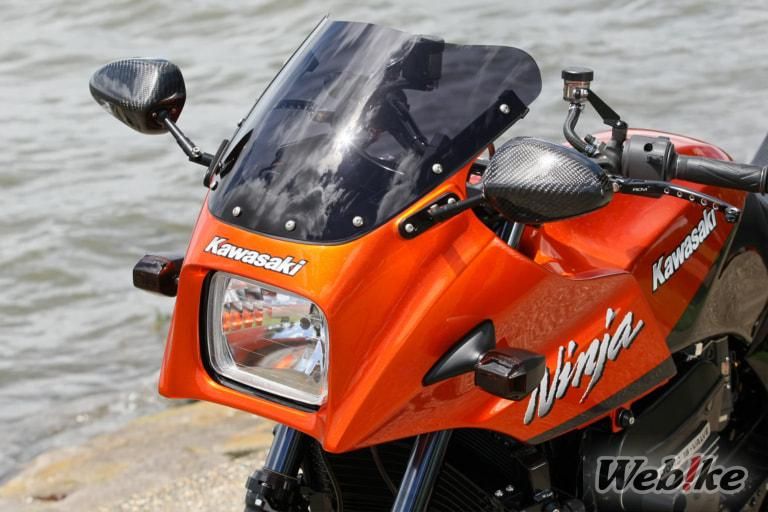 The upper cowl appears to be stock, but the mounting area (boss on the frame side) has been reinforced. The discontinued mirror is made by MAGICAL RACING, which has a reputation for its stability, lightweight, and improved rear visibility. 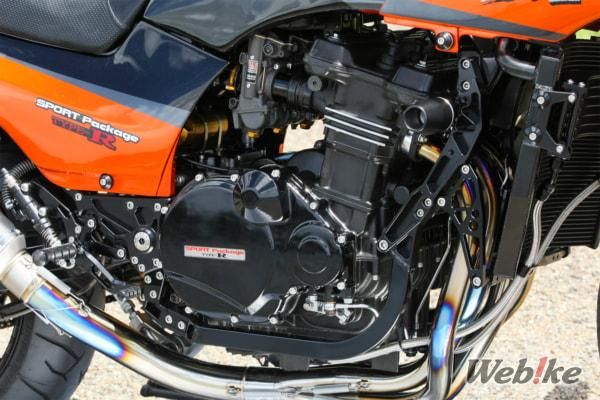 The engine displacement was increased to 958㏄ using WOSSNER NOBLEST's Φ74.5mm piston. The rest of the engine is basically stock, but as a unique feature of the current Type R, the valve guides were replaced with sintered alloys and the crankshaft was overhauled to correct its bent condition and improve reliability. The exterior is finished with gun coat. 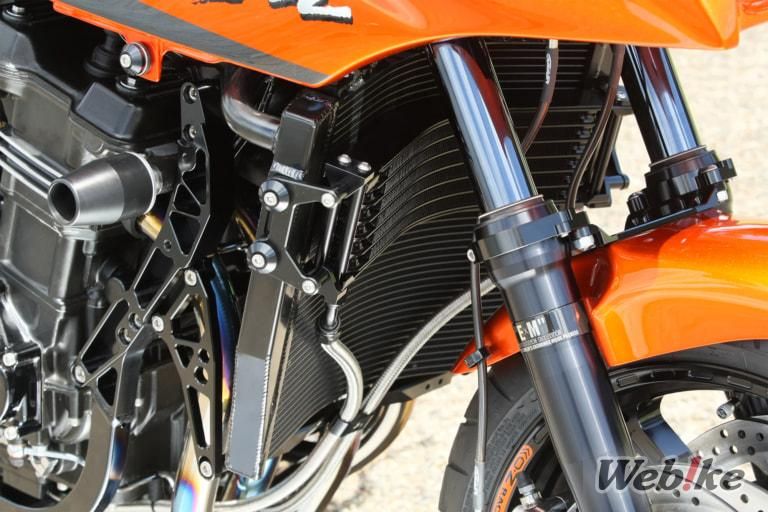 The large-capacity round type radiator and oil cooler are both made by NITRO RACING. SANCTUARY has long been releasing these products to effectively cool the GPZ900R engine, which is prone to higher water temperatures than current models, and they are still popular today. 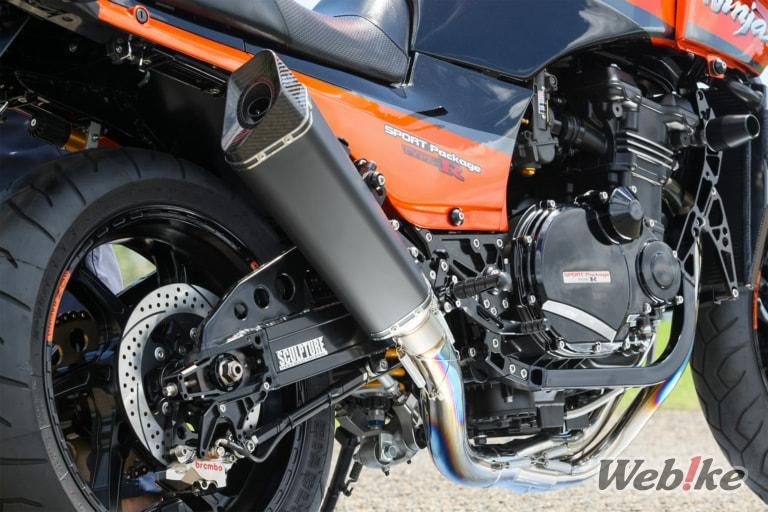 The exhaust system was made by NITRO RACING. SANCTUARY offers a choice of exhaust pipes and silencers respectively, and tri-oval type silencers are popular these days. The silencers are painted black and finished with carbon ends. 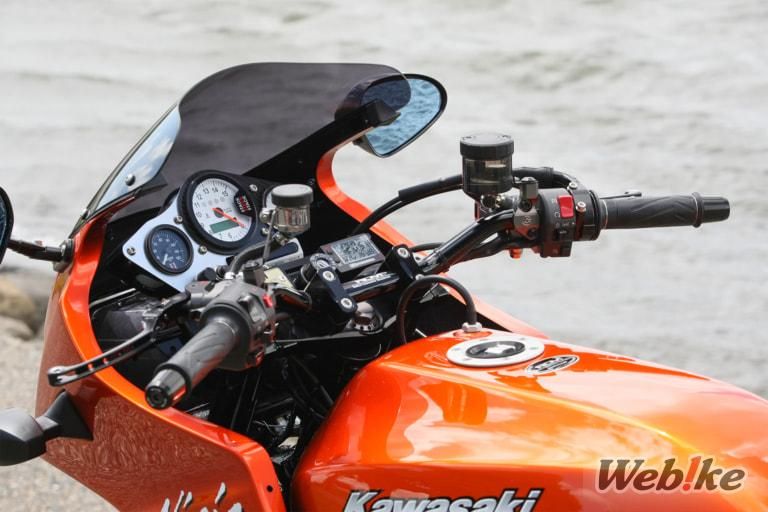 Bar handlebars are a standard feature of the GPZ900R. The handlebars are DAYTONA's RCM Concept. This product was not developed by SANCTUARY, but was proposed by DAYTONA, with a focus on style and functionality appropriate for the RCM. 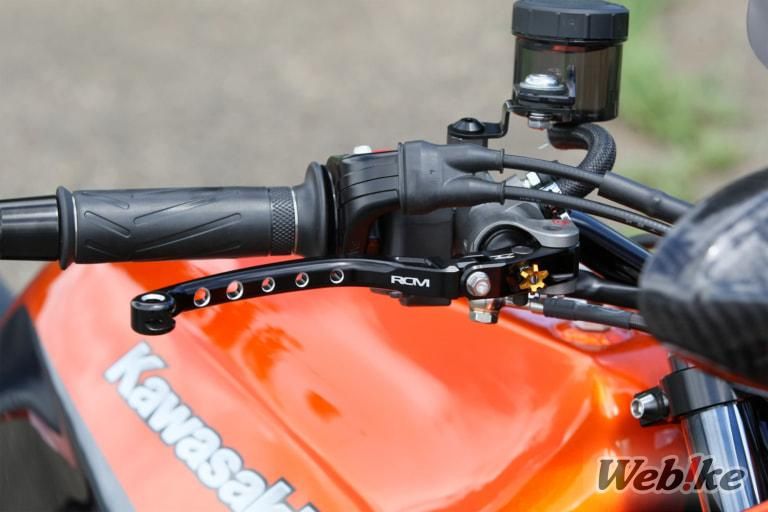 The lever is also ZETA's RCM Concept. It is a product of DIRT FREAK, which produces the ZETA brand. The lever has an air intake to prevent it from being pushed by wind pressure at ultra-high speeds, and it is retractable to prevent damage in the event of a tip-over, giving it an outstanding race-like feeling. 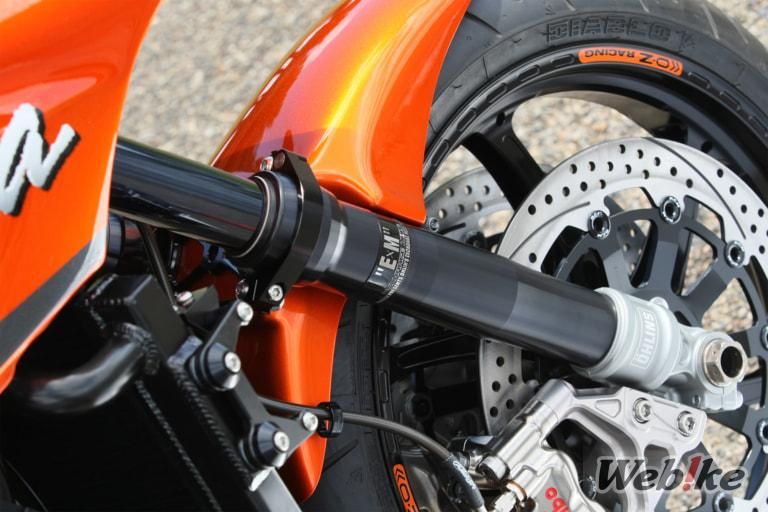 The front forks are made by OHLINS, but the E x M package is sold as a set with front fenders and fender brackets, which are unexpectedly troublesome when replacing front forks, at SANCTUARY. It is also distributed to the general public and has become quite a popular product. 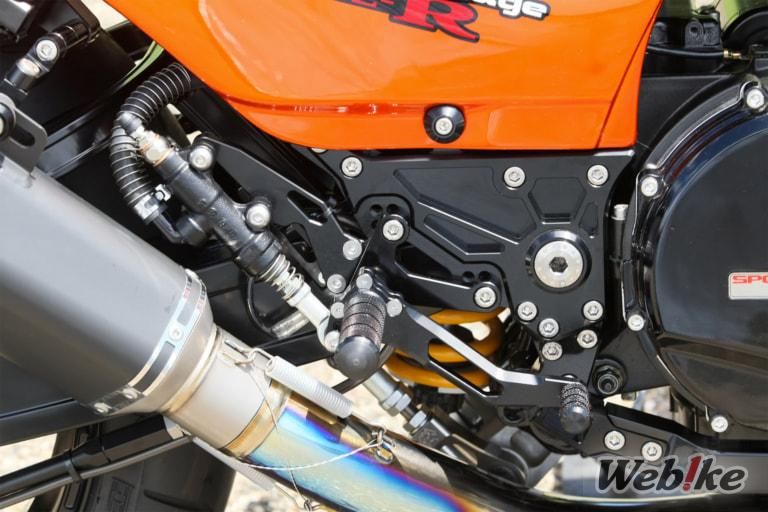 The rearset is made by NITRO RACING. SANCTUARY has also released an under-tube for the GPZ900R, and this step is designed to be connected to the under-tube and pivot plate. The rearset position can be adjusted in four positions. 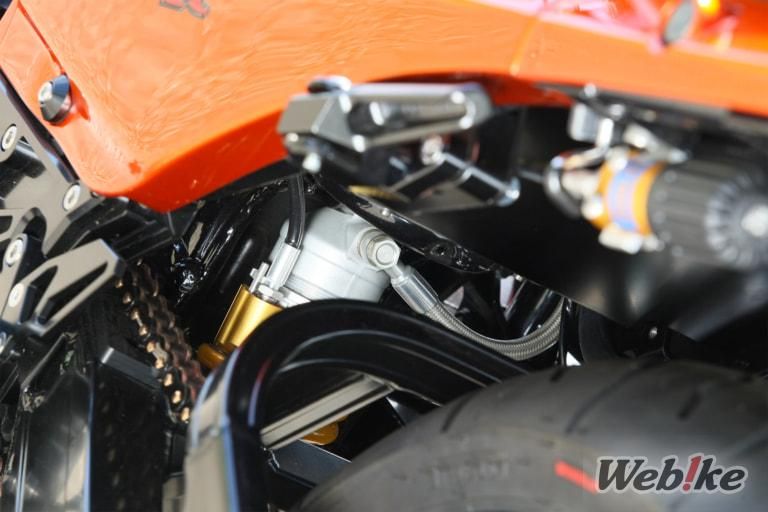 The rear shocks are made by OHLINS. In addition to its high performance, its shocks are highly reliable and have a wealth of setting data, making them the first choice at SANCTUARY. Of course, the shocks are set up according to the owner's characteristics. 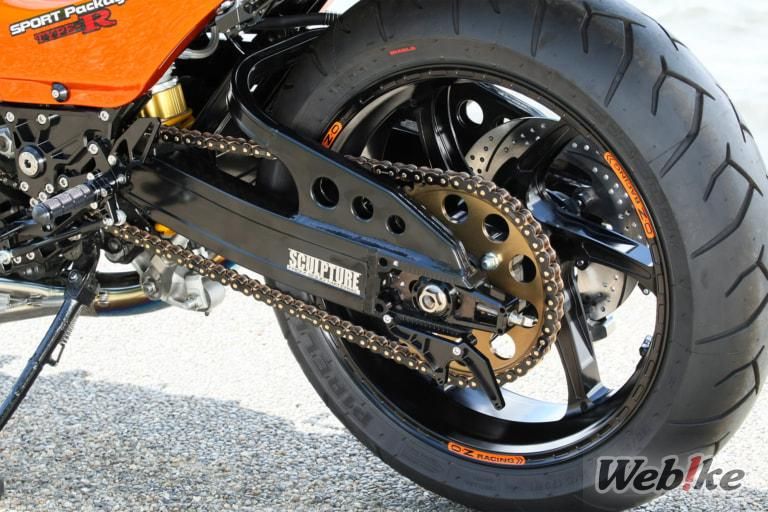 The swingarm is made by SCULPTURE and is a special product that uses RCM exclusive chain adjuster. A stabilizer and maintenance stand hooks were also custom-made to be added. Both front and rear wheels are made by O-Z RACING for the ZRX1200 for future expansion. 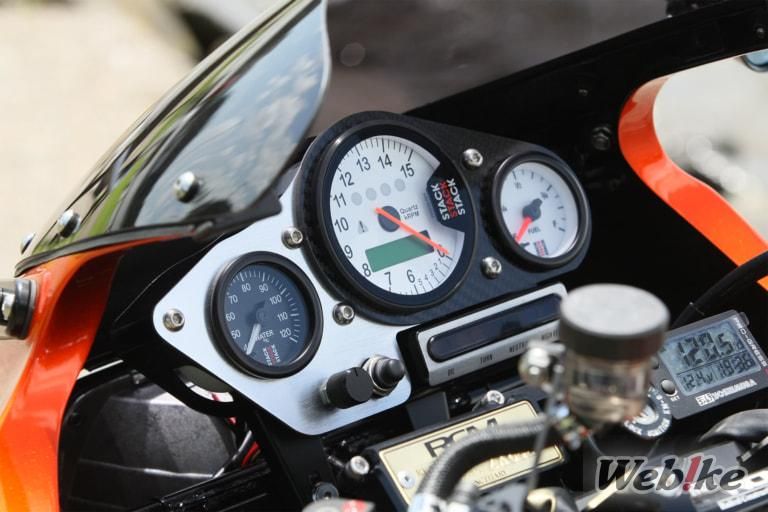 The tachometer, water temperature gauge, and fuel gauge are all made by a highly reliable manufacturer STACK. SANCTUARY places the highest priority on reliability when it comes to gauges, and in some cases, they even use gauges from older KAWASAKI motorcycles.

SANCTUARY is a custom builder whose specialties lie in vintage motorcycles like Z1, Ninja and KATANA. They sell special parts which were born from trial and error made by mechanic's repeated mounting and testing. 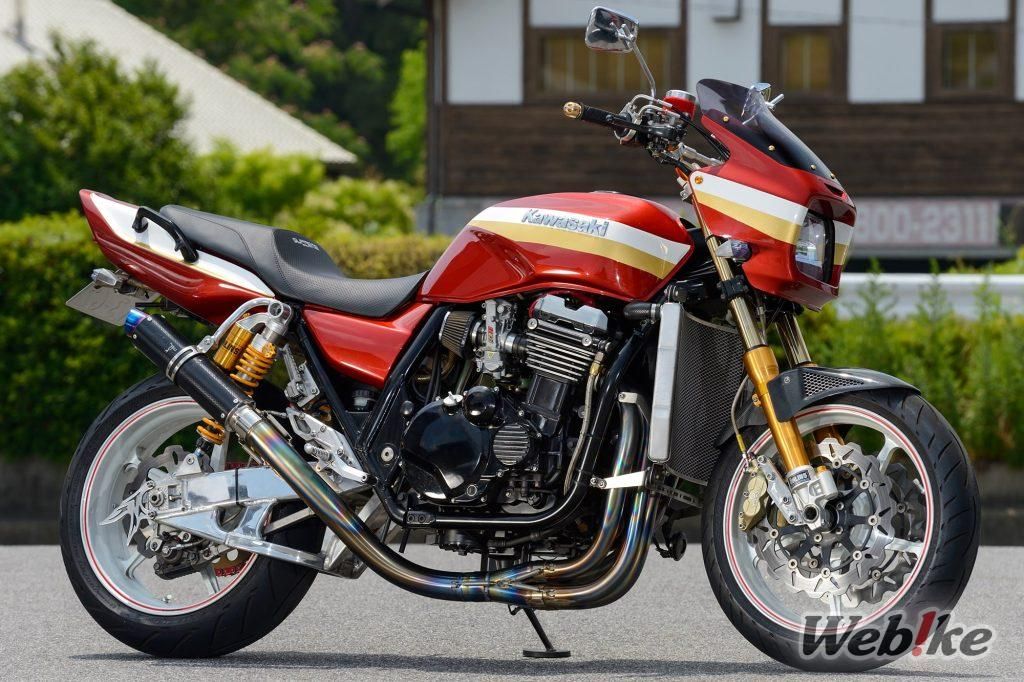 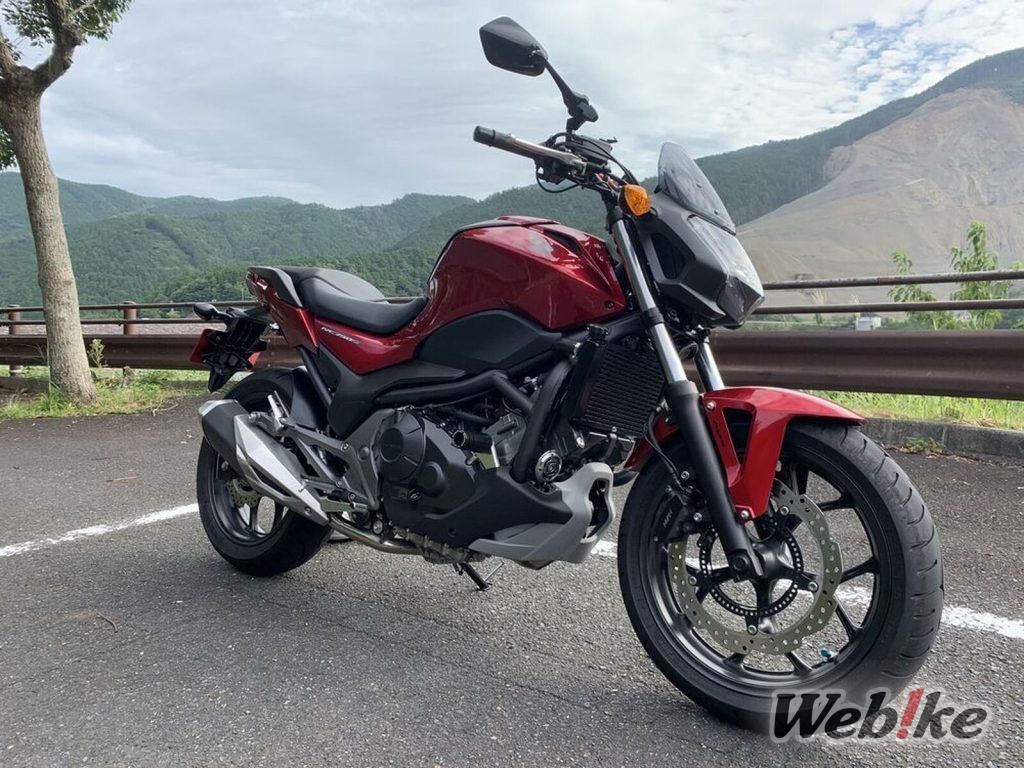 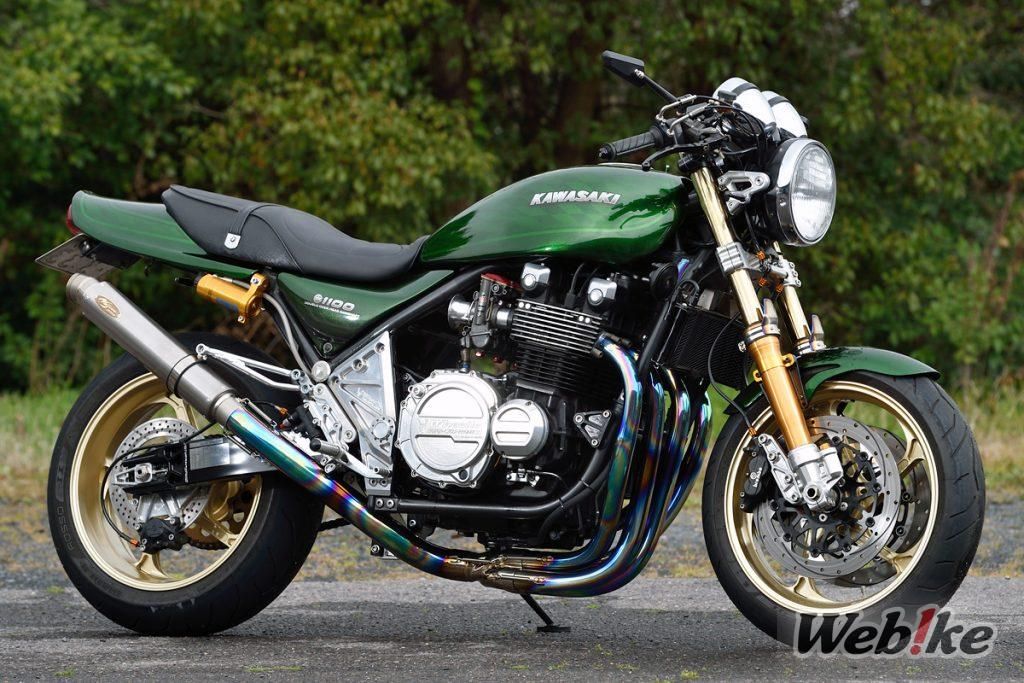 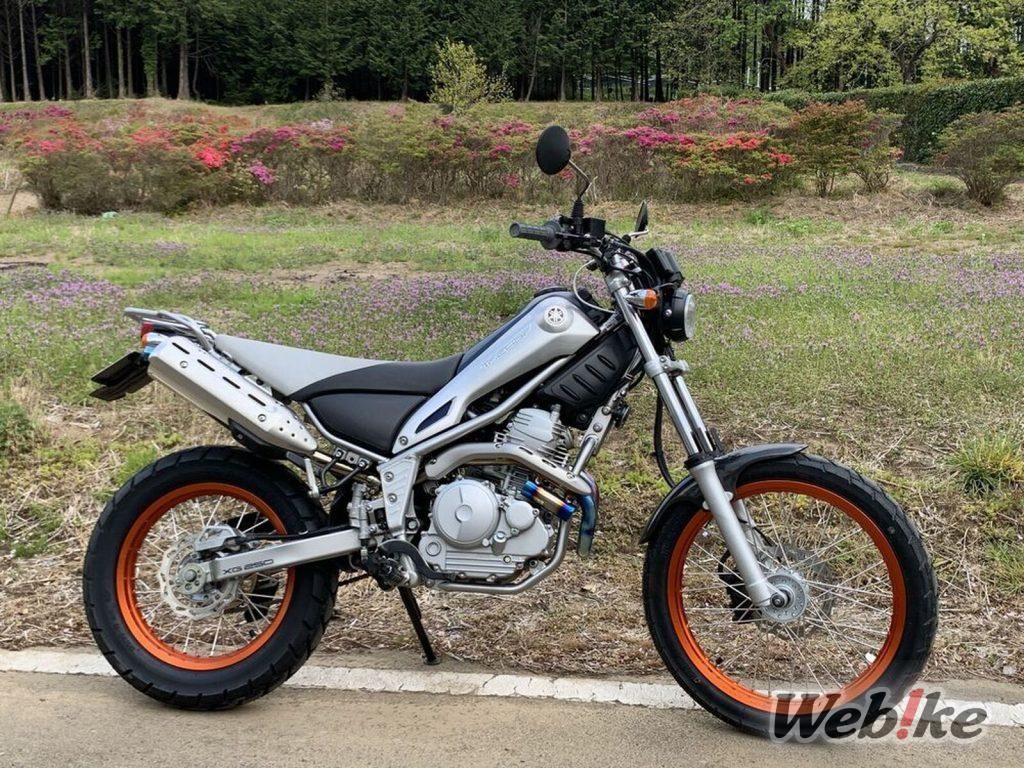 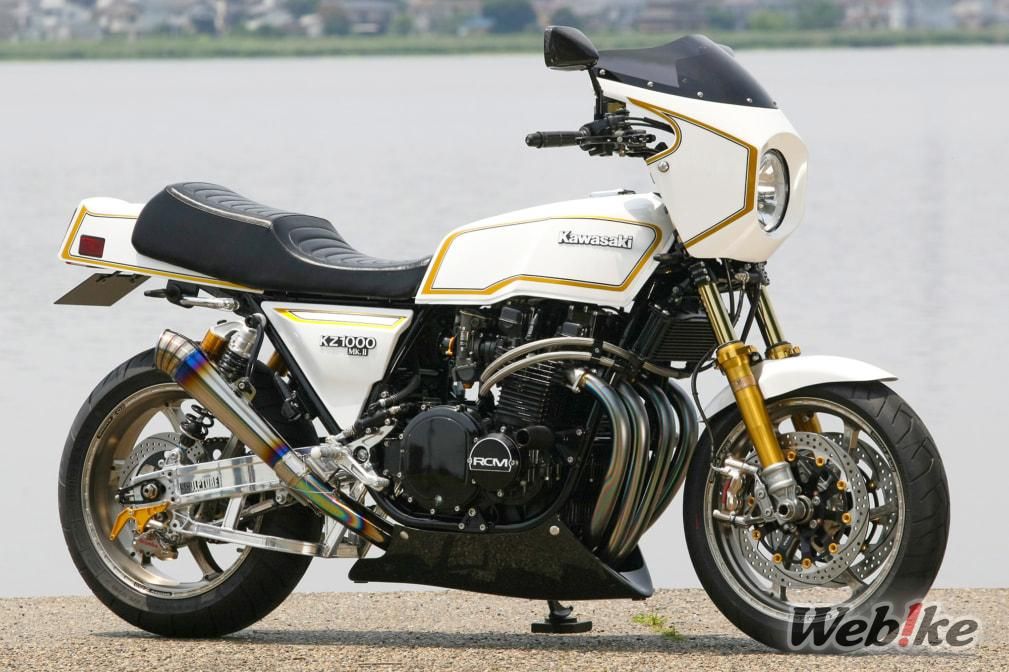